The Fur Coat is a vintage fuzz and the Getaway Driver is an overdrive, cab sim, class A type pedal. 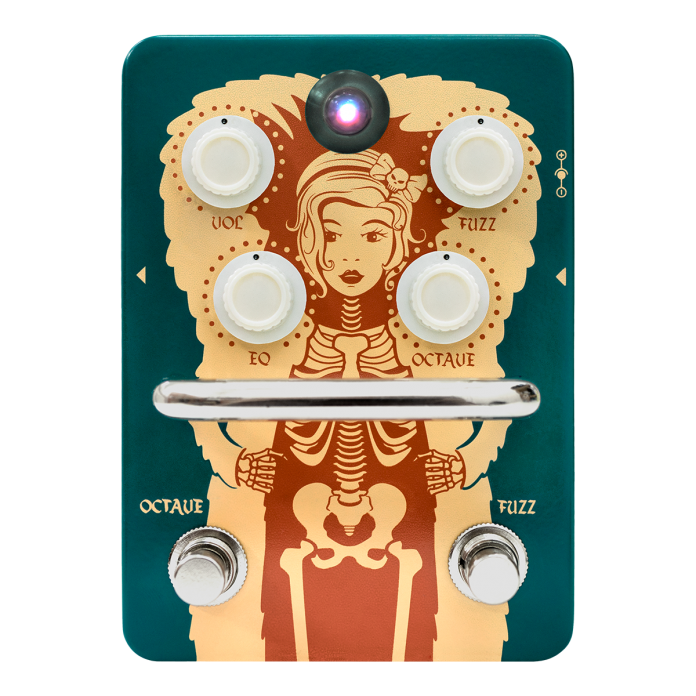 The Fur Coat, inspired by the great fuzz tones from the seventies is loosely based on the old Foxx Tone Machine originally released in 1971 which was often used by artists such as Peter Frampton and Adrian Belew. Designed with a foot switchable octave, it is superbly versatile, allowing players to adjust the level of the upper octave rather than just turn it on and off.

In keeping with the era’s vibe, it is built with germanium diodes and is Orange’s only true bypass pedal. When used it puts a ‘dirty, smelly fur coat’ on every note produced giving them a warm, furry quality. The Fur Coat drapes itself over the music; stroke it lovingly to produce grungy, warm effects or turn it up for lots of filthy, shaggy texture. Its tone can be dressed down casual, super modern, funky or wonderfully dramatic.

‘It sounds absolutely phenomenal’ said Clutch’s Tim Sult and Matt Pike from Sleep said “I’ve tried every fuzz pedal on the planet. This is my new favorite. The Fur Coat is everything I expected Orange would do with an octave fuzz. It’s seriously gnarly.”

The action-packed Getaway Driver is an amp-in-a-box type pedal. It has the same transparent, buffered output as the Orange Two Stroke and Kongpressor pedals plus a second Cab Sim / headphone output. This makes the Getaway Driver perfect for silent practice or recording. The three dials, Volume, Bite (tone) and Gain, allow players to ‘rev their engine’.

The pedal really excels when played through an amp’s clean channel, even ones with a bright cap. Low gain and high volume makes for a clean boost, pushing amps over the edge into classic overdrive. Armed with one of these, players can be transported back to the fast and furious seventies feeling the heat as this hot rod pedal drives relentlessly forward to produce the closest thing to the buzz of being a real getaway driver.

To find out more about the Fur Coat and the Getaway Driver guitar pedals go to https://orangeamps.com/