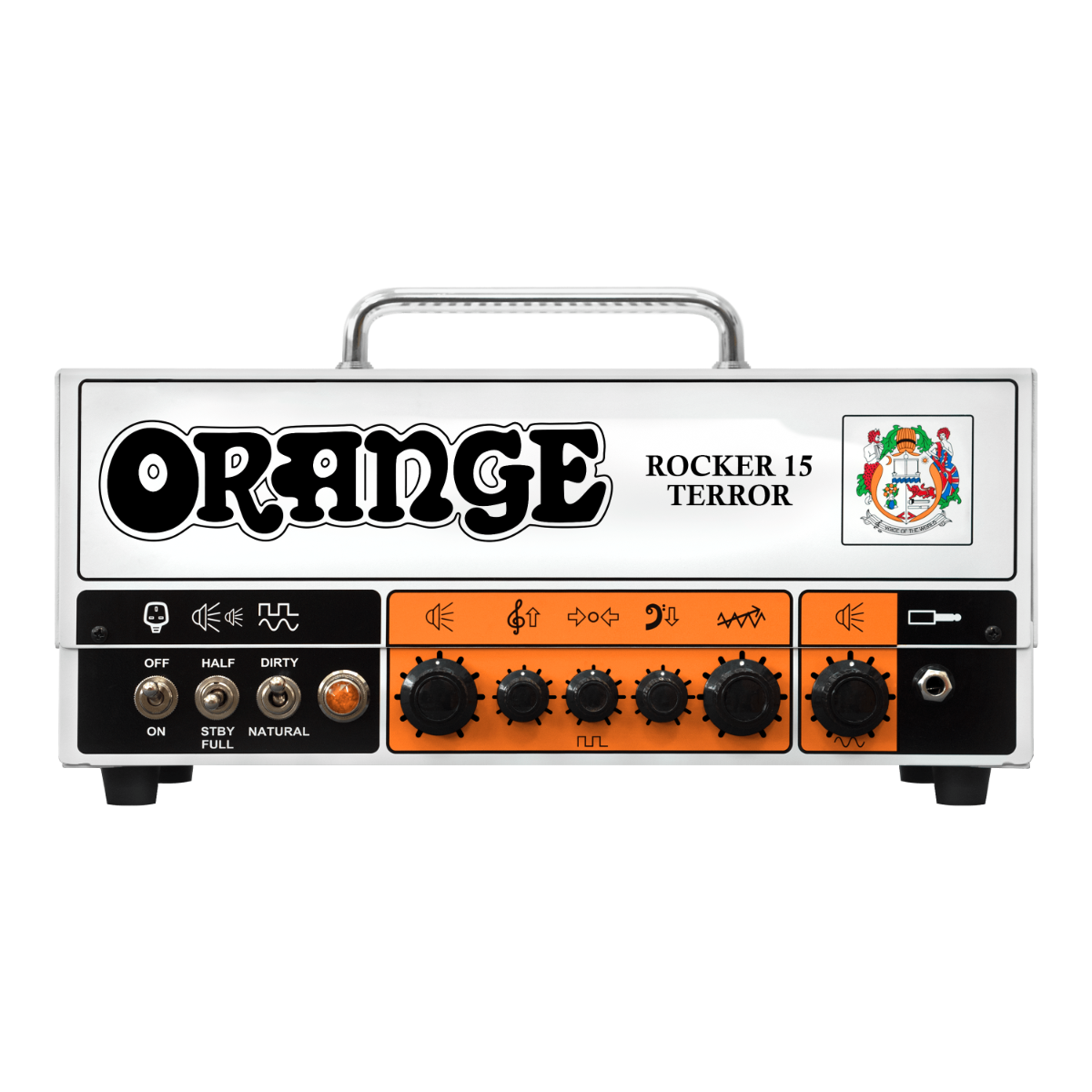 The Rocker 15 Terror is the result of an impeccable blend of technology and styling from the Rocker 15 Combo and the Terror range of amps. Designed to be versatile, with a straightforward, player friendly layout, the new Rocker 15 is an amplifier comfortable on the stage, in the studio or in the bedroom.

With the Rocker 15 set wide open, smaller venues are comfortably taken care. The Rocker 15 has a remarkably potent delivery which takes full advantage of its EL84 output section. Even when scaling back the power, the amp’s tone stays fat and full, oozing warm valve compression and saturation without disturbing the neighbours.

Ade Emsley, Orange Amps Technical Director, explains ‘Players were asking Orange to bring back the Rocker 30, so we took the Rocker 15 combo, added a tube FX loop to the original front end and made a smaller version.’

When they were launched last year, The Guitar Magazine described their sound as ‘the natural channel is a joy, with plenty of chime and harmonic complexity and a raw, moreish overdrive as you crank the amp. Switch over to the dirty channel and you get rock tone that carves out space in the mix.’

Check out the amp in action here: