It wowed the crowds at NAMM 2020 with its ‘amp in a room’ spatial audio, but is Boss’s wireless headset really a groundbreaking gadget for silent strumming?

Guitar amplifiers have been getting steadily more portable, but the Boss Waza-Air is the first digital modelling amp and multi-effects unit we’ve tried that fits on your head. It’s also the first with spatial imaging that reacts to your movements. No wonder they’re calling it a revolution in silent practice.

This is a gadget that comes in two parts. The business end is a pair of wireless over-ear headphones, whose chunky earcups hide all the processing stuff; but just as important is the transmitter, a little dongle that plugs into your guitar’s output socket. Once the two are paired up, that’s your rig.

Six sounds come pre-loaded in the headset; but once you’ve got an iPad or smartphone connected over Bluetooth, you open up a world of editable effects and amp tones courtesy of Boss Tone Studio – a version of the same app that lets you go deep with Boss’s other multi-effects processors and Katana digital amps.

Actually those six sounds are really only two, one clean and one dirty, but each available in three modes: stage, static and surround. Put simply, this dictates how the in-built gyroscopic sensor responds to your head movements, creating the illusion that the amp is behind you (stage), in front of you (static) or everywhere at once (surround).

And here’s one more key feature: if you pair the Waza-Air with a phone or tablet for Bluetooth audio, you can listen to music on the bus or train to work just as you would with normal wireless headphones, except that now you can also play along. Let’s hope the other passengers don’t mind. 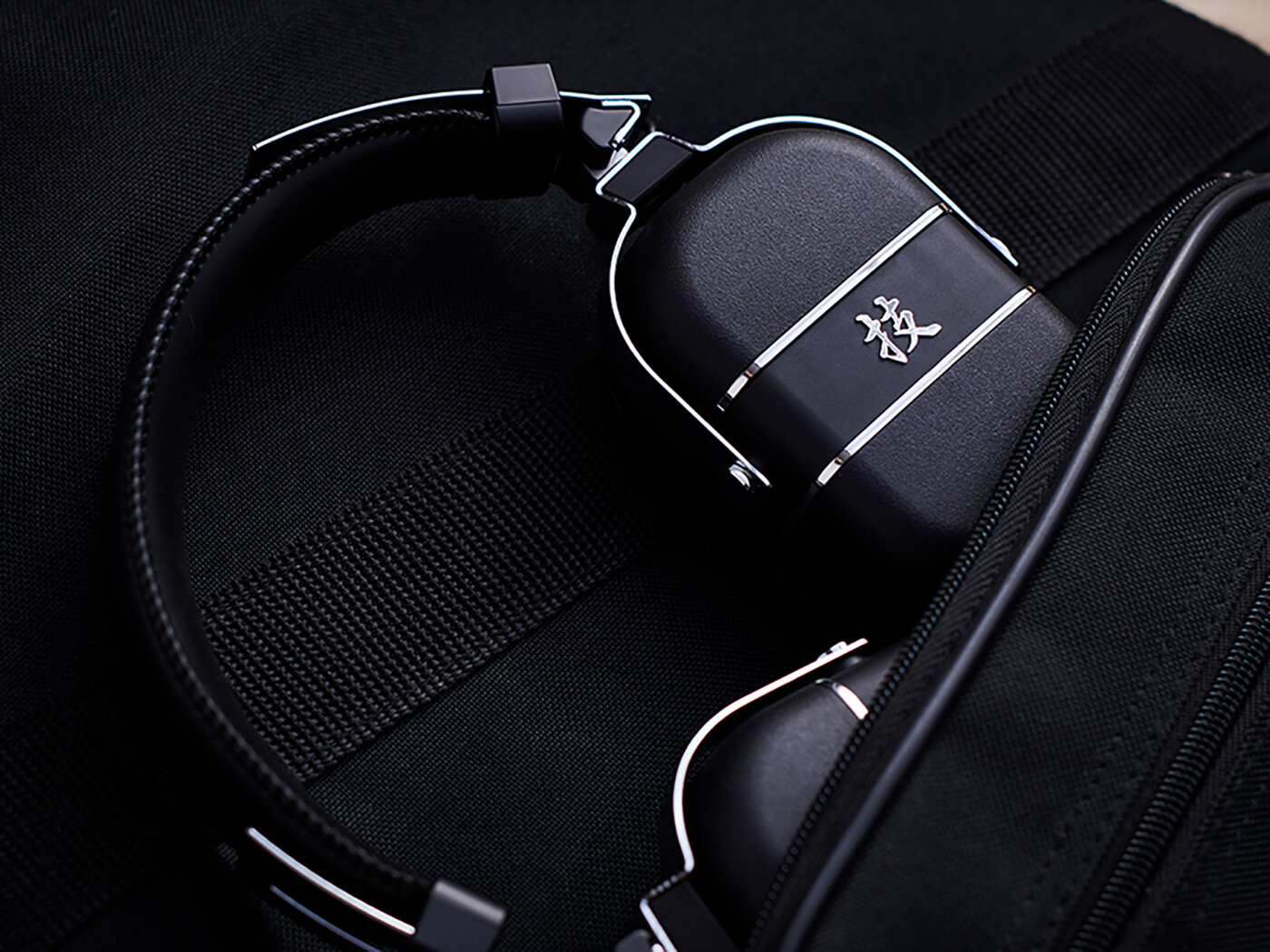 Ready to jam? Plug the transmitter into the headset for a few seconds to pair the two up, go through the usual procedure for getting an iPhone or iPad involved, and you’re away. There is an Android version of the app, but… well, it’ll be great when it’s finished.

There’s no audible latency, which is crucial, and the sounds are solidly Boss: crisp, full and hi-fi. Editing presets is simple, which is just as well if you don’t like cavernous reverb on everything, but there are no empty slots; if you want to save a new sound in the headset – or upload one from Boss’s library – you’ll have to overwrite one of the six.

There’s some disagreement within the Guitar.com team on the effectiveness of the ‘amp in room’ element, but just bear in mind the inevitable limitations of trying to create the illusion of surround-sound using only two drivers: it might be best to expect a subtle sense of enhanced depth rather than complete immersion in a virtual space. Anyway, the reaction to left/right head movements is accurate and lag-free… it’s certainly fun, but whether it’s actually helpful to have the sound shift over to one ear whenever you turn to watch a pigeon fly past is another matter.

What’s really surprising is how good these headphones are for music listening. Five hours of battery life is paltry but they’re comfy enough for commuting, the sound is impressive… and since the £549 AirPods Max came out, they don’t even seem all that pricey. 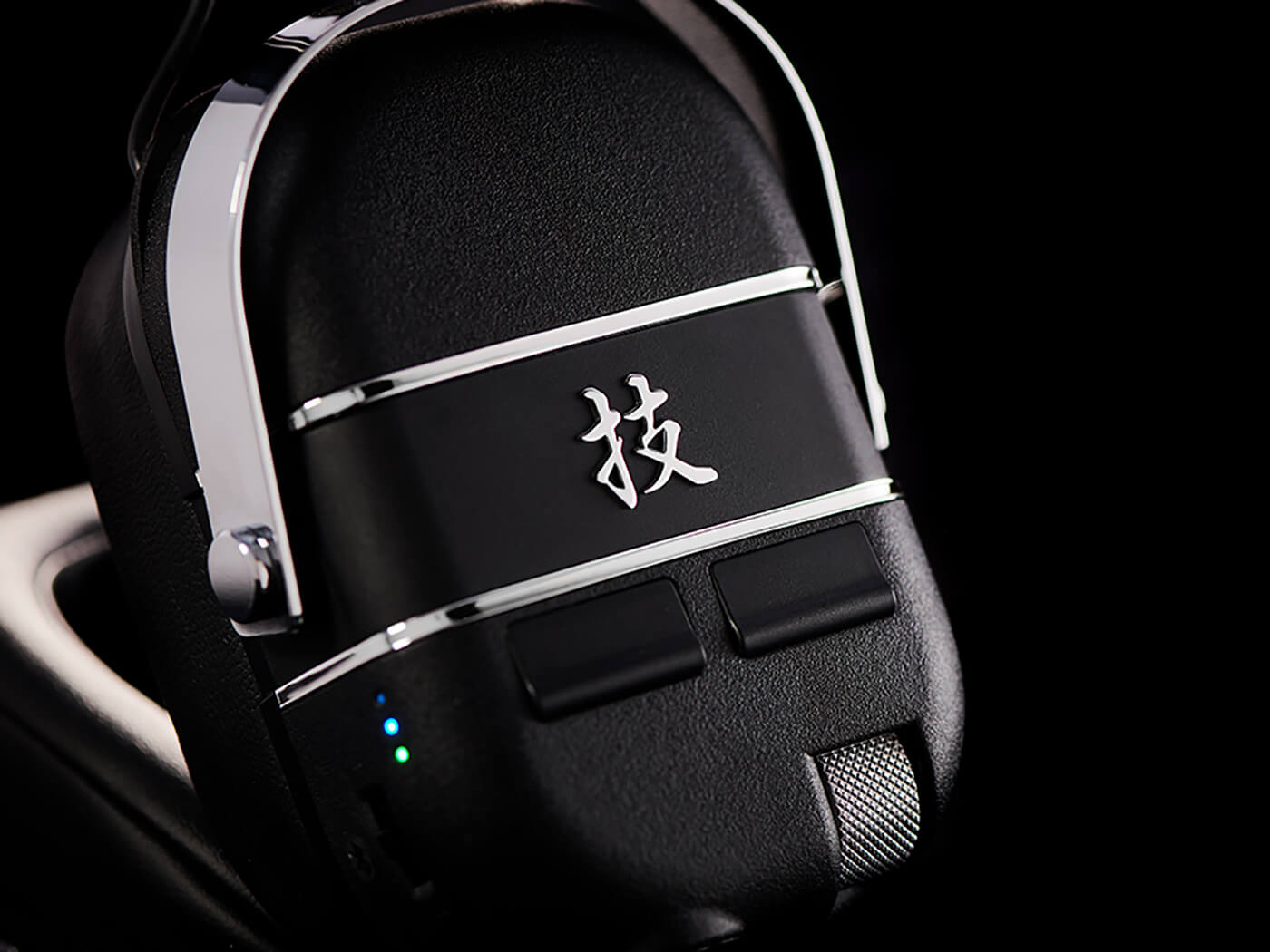 The Collection: Bob from Rockbeare Guitars and his 20th-century toys