​Black Country, New Road  – Ants From Up There review: A career-shaping record of ferocious creativity

The London seven-piece become six and squeeze in a second album in just under a year, lighter but no less captivating than their first.

Life is unfolding at a frenetic pace for Black Country, New Road. After a six-track Mercury-nominated debut album replete with more ideas than many bands manage in their entire career, almost exactly a year later they’re back with a second, Ants From Up There, which arrives hot on the heels of the announcement that lead singer and guitarist Isaac Wood has left the band.

The London seven-piece (now six), appear to be spooling through their career in fast-forward, and what a thrilling prospect that is. While their arresting and often unnerving debut, For The First Time, was an emotionally intense and ferocious blend of post-rock, free jazz, klezmer and spoken-word passages, it pointed towards something unresolved, potential not yet fulfilled.

From the outset of the instrumental Intro and into the opening moments of Chaos Space Marine – described by Wood as the best song the band have written – cycling, jazzy ideas compete for space. Yet from the seven-headed tangle of musical complexity emerges a triumphant chorus suggestive of Neutral Milk Hotel’s cult classic In The Aeroplane Over The Sea or Funeral by Arcade Fire, Wood roaring disturbingly, “So I’m leaving this body / And I’m never coming home again”.

The vocalist’s performance on Ants From Up There is mesmerising, a tortured examination accompanied by recurring musical themes, callbacks to previous songs, shifting time signatures and fleeting images of Billie Eilish. This may be a more digestible record than their first but it’s far from straightforward.

Wood and Luke Mark’s Fenders are for the most part pure and untreated, pirouetting around the anguished narrative that runs through Concorde. At the denouement, they’re whipped up to fleeting post-rock ferocity, as Wood howls with spine-chilling zeal, “The Sandman inside and I’ll come to like a child / And Concorde and I, die free this time”. 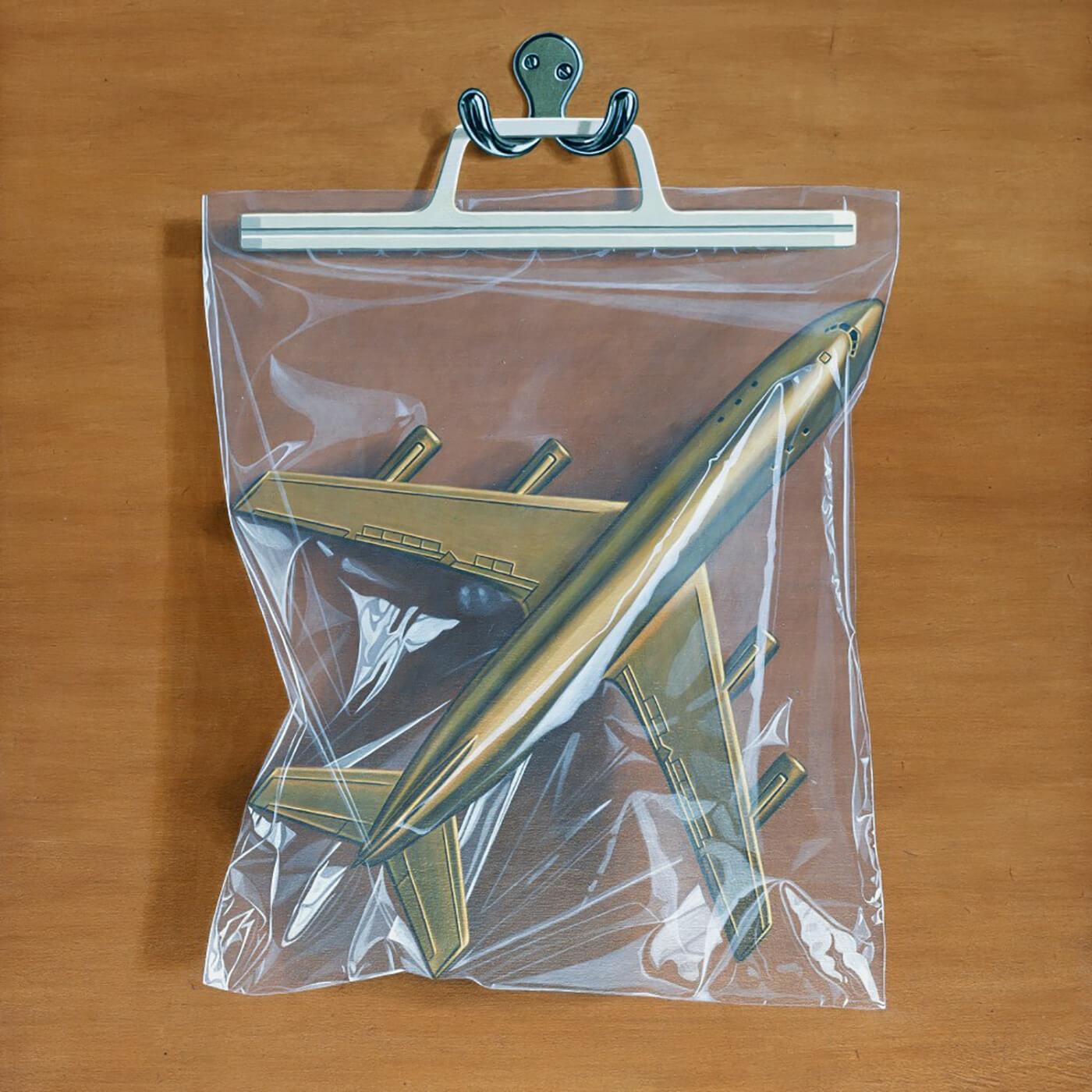 The tones on Bread Song, too, fingerpicked in 3/4, twinkle invitingly in the shadows, as Georgia Ellery’s lone violin swirl conjures a sense of discord. Wood projects to a future where “we summer in France with our genius daughters”.  The song took four years to coalesce, with the band apparently striving for a chorus without a time signature.

Tasked with moulding the ideas of all seven members into a cohesive whole was the band’s soundman Sergio Maschetzko, with the sessions completed in a three-week blast on the Isle of Wight. The intention was to capture the mind-melting fervour of the band’s live sets, and Haldern was spawned from an on-stage improvisation at a festival in Germany. It unfurls in majestic fashion before threatening to disappear into excruciating abstract noise, curtailed before excessive indulgence prevails.

Still, that spirit of musical adventure inhabits Ants From Up There. The wild, broad scope of this record is encapsulated by a closing trio of songs that amounts to nearly half an hour. The Place Where He Inserted The Blade is a response to Bob Dylan’s 2020 song I’ve Made Up My Mind To Give Myself To You. It’s drawn out patiently, crystalline arpeggios melding with a piano and flute before a swift handbrake-turn bridge propels us into another chorus that Wood pours everything into. It concludes in a joyous communal singalong after Wood has implored “show me the fifth or the cadence you want me to play”.

Then comes Snow Globes, commencing from a humble one-string riff and gathering momentum like something from Explosions In The Sky’s great instrumental opus The Earth Is Not A Cold Dead Place being thrown down a fire escape. It’s a full three minutes before we hear the singer’s voice, echoey and tender, and what follows is strange, melancholic and masterful.

After a debut album that hinted at greatness but often felt as confusing as it did captivating, this follow-up is emphatically the sound of band and frontman laying everything they’ve got on the table. It’s a shame to see them parting, and with Wood saying he needs to focus on his mental health, the most important thing is that he’s okay. Where Black Country, New Road travel next, with or without him, remains a hugely intriguing prospect.

For now, there’s Ants From Up There, a majestic career-shaping record. As bassist Tyler Hyde puts it: “I’ve kind of accepted that this might be the best thing that I’m ever part of for the rest of my life. And that’s fine.”

Black Country, New Road’s Ants From Up There is out now.