A 32nd studio album from Elvis Costello finds the Jazzmaster addict reflecting on his boyhood.

Much was written ahead of the release of Elvis Costello’s 32nd studio album about his request that radio stations cease playing 1979 hit Oliver’s Army, the most recognisable moment from his decorated musical past. However, our focus should be firmly on the present, because Costello, it seems, is in something of a golden period.

Full title The Boy Named If (And Other Children’s Stories), Costello describes the overarching subject of his new album as: “your secret self, the one who knows everything you deny, the one you blame for the shattered crockery and the hearts you break, even your own.” For the most part, it’s an exhilarating and vulnerable reflection on the bridge between childhood and the enticing yet frightening adult world. A special edition includes an 88-page book of illustrated stories to accompany each song.

On 2018’s Look Now and Hey Clockface (2020), Costello sounded as invigorated, fractious and direct as at any point since his mid-80s pomp, eschewing genre exploration to focus in on the articulate punky melodicism that defined his best records. Despite largely being pieced together from remotely recorded parts, his latest is equally sharp.

The Imposters establish a frenetic swinging rock’n’roll groove from the onset of romping major-key opener Farewell, OK. The lacerating attack of Costello’s Jazzmaster introduces a throaty riposte from a scorned lover, which concludes on the tantalising couplet: “A fumble for heaven in a thimble of draft/ and a seldom of Elvis in the velvet hereafter.”

This deep mining of Costello’s childhood memories yields some superb writing, while the band are in stellar form throughout The Boy Named If. “I’m a lucky so and so, a fortunate stiff” Costello roars in the foreboding opening moments of the title track, Pete Thomas’ drums splashed with reverb and a Hammond organ swirl accompanying memories of trips to “Magic Lantern Land”.

The autobiographical writing continues as Costello, now based in New York, depicts a stylish and attractive young teacher from his school days on Penelope Halfpenny, recalling “Her style of drama and her shape of face, disappeared with the dot of a decimal place”. Candidly, on The Death Of Magic Thinking, he revisits a traumatising encounter with adult sexuality when he was still a child, singing: “She took my hand in an experiment, put it where it shouldn’t be/ put it underneath a dress and waited to see.” 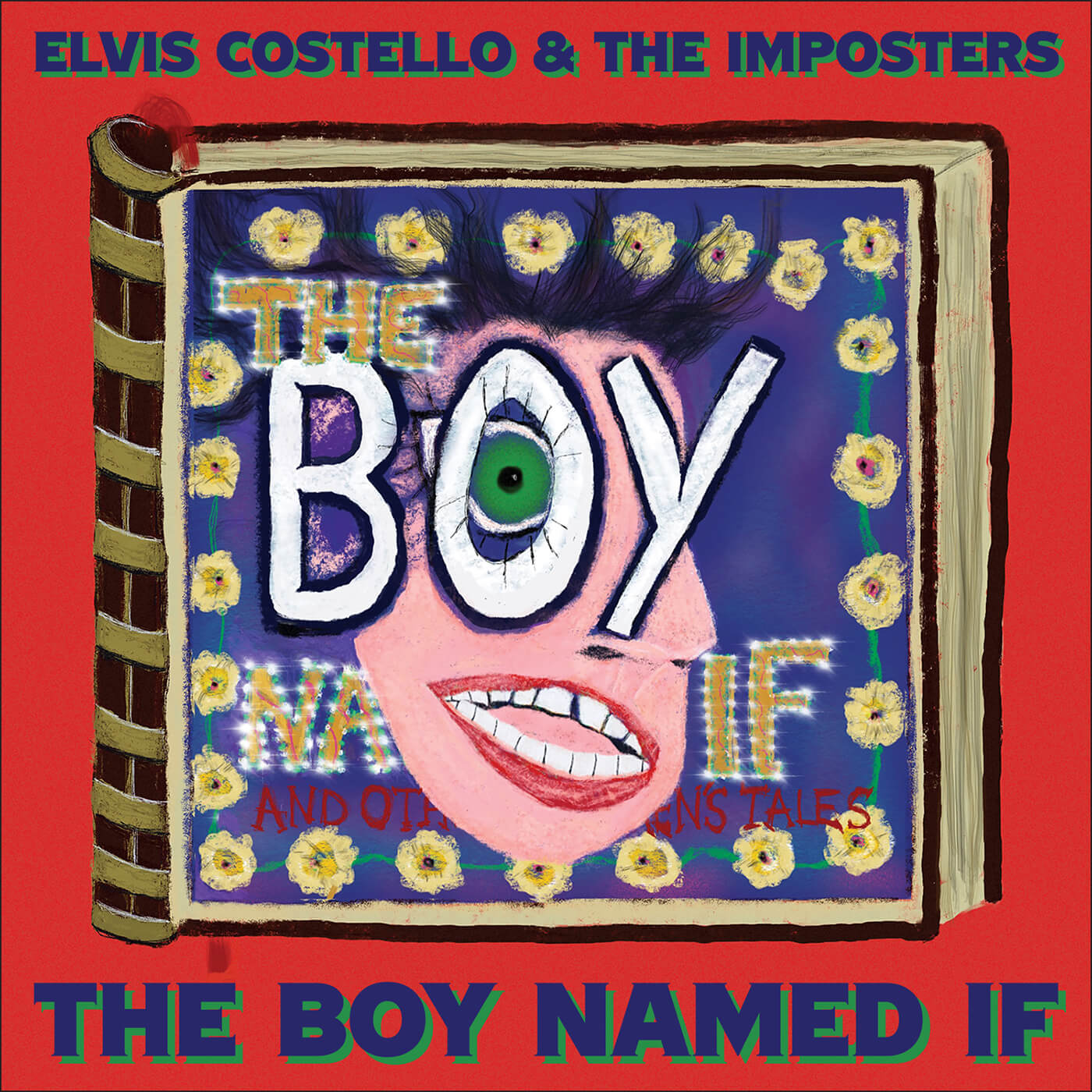 Like Hey Clockface’s I Do (Zula’s Song), The Difference was inspired by Pawel Pawlikowski’s 2018 movie Cold War. Like the best Elvis Costello songs, it exists in perfect balance between simmering energy and exquisite soulful melodicism, Costello imploring “do you by chance know wrong from right?” and departing into a concise sprightly yet angular riff.

Fresh from the experience of touring with Bob Dylan guitarist Charlie Sexton, on The Boy Named If, Costello’s famous Jazzmaster is tasked mostly with unobtrusive rhythm duties. Yet on What If I Can’t Give You Anything But Love his playing surges to the fore. A cyclical, almost math-rock, riff is threaded through the verses before Costello digs in for a rare trio of red-hot bluesy solos, the first ushered in by a wide searching bend.

The tonal palette refreshingly mixed, other highlights are far more reflective. Paint The Red Roses Blue is a lovely bruised piano-led story Costello says is about a “bereft couple learning to trust in love again”, while Nicole Atkins’ guest vocal provides beatific shade to Costello’s rueful recollections on the strutting My Most Beautiful Mistake.

Costello’s slicing lead lines and Steve Nieve’s devilish organ motifs are locked in a wholly enjoyable duel on Magnificent Hurt, while the almost vaudeville The Man You Love To Hate is dedicated to the memory of the ‘Dulwich Destroyer’, British wrestler Mick McManus, who died in 2013.

Dave Faragher’s newly adopted upright bass bounces through the enchanting Trick Out The Truth, as, Dylan-like, Costello conjures visions of Mussolini, Gustav Mahler and The Marxists: Groucho, Chico, Harpo and Karl. It’s a rarefied piece of songwriting from an old master, and sets up fairy tale closer Mr Crescent. A slow waltz, strummed on an acoustic guitar, it finds an “exiled scoundrel” reflecting on his many misdemeanours and pining for a lost love. His final crooned words: “I wonder where my Honey has gone, I wonder where my Honey has gone…”

The Boy Named If is classic Elvis Costello, brilliantly illustrative of an artist in touch with his past while refusing to become mired in it. It covers an impressive range of ground, balancing familiar styles and reminiscences of youth with a restless desire to continue evolving. The boy’s in peak form.

The Boy Named If is out now.