Super Furry Animals’ frontman certainly likes a concept album, and his seventh solo release started out as a biography of a North Korean volcano.

How do you follow an album about a 1970s explorer searching for a mythologised Welsh-speaking Native American tribe, another featuring the 72-piece BBC National Orchestra and a third that’s a sparkling blend of tropicalia-infused folktronica made in collaboration with celebrated South African producer Muzi? It’s a quandary that’s presumably only ever occurred to Gruff Rhys and the answer, of course, was to make a concept record about an active stratovolcano on the border between China and North Korea.

Super Furry Animals’ chief songwriter, with the release of Seeking New Gods, seven albums into an increasingly impressive solo career that rejects the notion of banal repetition. His three most recent releases – 2014’s American Interior, Babelsberg (2018) and Pang! (2019) have been compelling and wholly distinct offerings, each with at least a loose binding concept. And that’s without mention of his pair of Neon Neon albums, inspired respectively by Italian socialist publisher Giangiacomo Feltrinelli and flamboyant automotive inventor John DeLorean. He’s nothing if not diverse.

Seeking New Gods started out as Rhys’ attempt to author a biography of Mount Paektu – niche even by his standards. Yet, finding himself bogged down in the minutiae of caldera lakes and tectonic plate boundaries, it evolved into a more personal voyage of discovery as the nine songs developed, the volcano becoming a metaphor. “The album is about people and the civilisations, and the spaces people inhabit over periods of time,” Rhys explains. “How people come and go but the geology sticks around and changes more slowly. I think it’s about memory and time.”

With much of the record written on the grand piano that resides in Rhys’ front room, the guitar largely occupies a supporting role on Seeking New Gods, the often textural embellishments influenced by the playing of Michael Rother of influential German experimentalists Neu!. Recording took place over two days in the Mojave Desert at the end of a US tour, with the same band that played on Babelsberg and Beastie Boys producer Mario C, and they’re in accomplished form throughout. 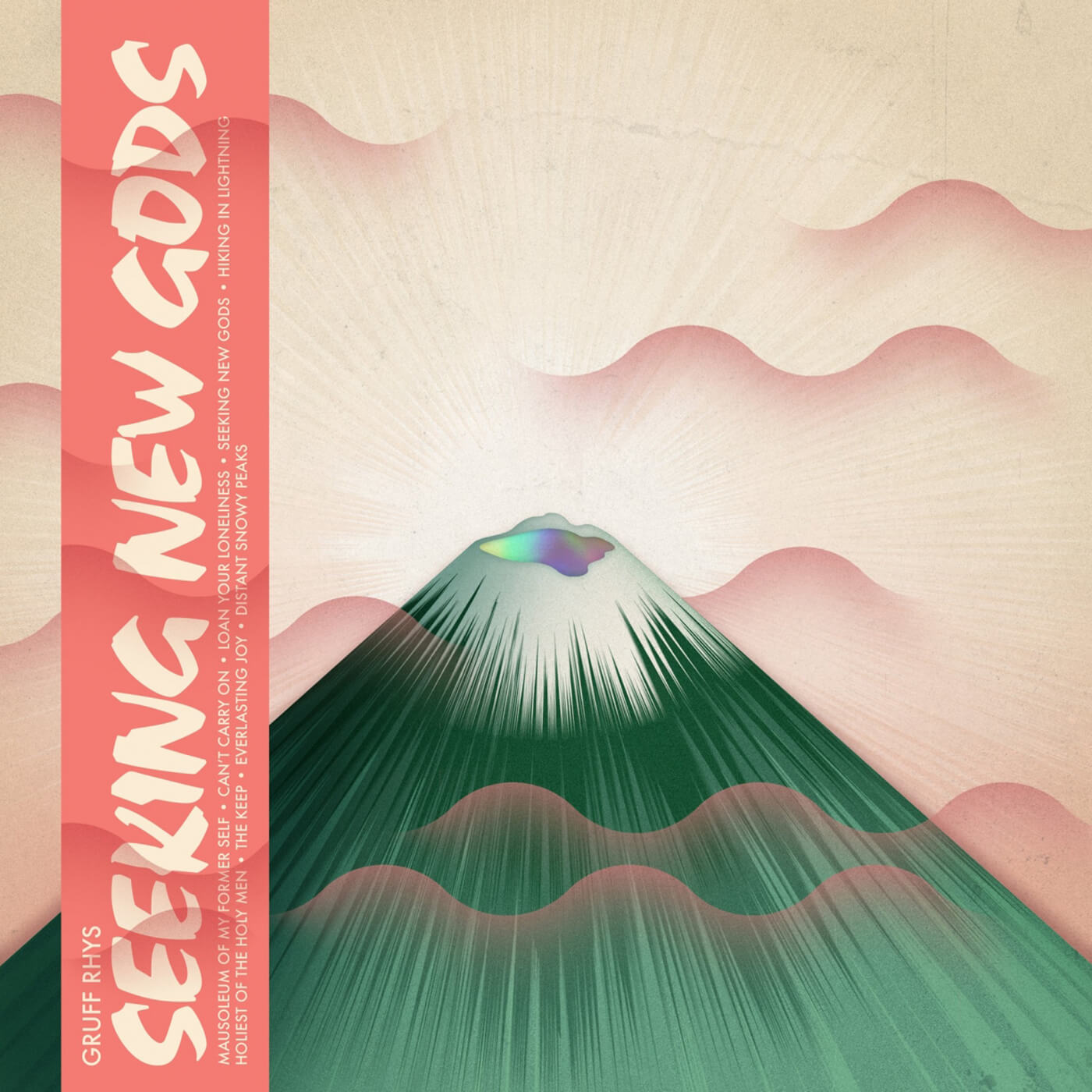 A shimmering, celestial drone accompanies us along the journey, introducing itself at the outset of sprightly piano and acoustic guitar opener Mausoleum Of My Former Self, the album’s lead single. The song finds Rhys examining parallels between the day-to-day ups and downs of being a volcano (“a crater for the greater good, smoking away as it should”), and the travails of modern life, the spotlight falling on first effervescent synth and then breezy trumpet solos.

Can’t Carry On is exactly the sort of chimerical psych-pop loveliness Rhys excels at, clouds of woozy falsetto harmonies surrounding his earthy mumbled timbre before the song pivots via a handbrake-turn chord change into a more urgent midsection with the foreboding warning of an impending eruption, “can you hear the rumble? The constant rumble”.

The West Coast luminance established early on Seeking New Gods is joined by the thrusting glam vigour that propels Loan Your Loneliness, its jaunty piano chords and descending bass runs pointing the way to a mesmeric solo that sounds as if it’s tumbling gaily down the side of the mountain.

By way of contrast, the excellent title track has a more pensive Americana aura, a staccato guitar riff twisting around the airy piano chords, slumbering bass pulse and glinting hi-hats as Rhys watches the snaking lava flow. The song’s beatific ending dissolves without warning into Hiking In Lightning’s terrifically coarse chunky guitar chords, swathed in fuzz, and insistent one-note piano accompaniment. It all reaches a frantic, free-form cacophony entirely befitting of the title. The Keep, too, is whipped up to a series of simmering jazzy peaks, the narrator reaching for a familiar hand in the darkness, his battery-powered torch failing to pierce the enveloping darkness on the volcano’s barren slopes.

Rhys beholds the “sacred mountain of the revolution” as Everlasting Joy builds steadily with an imposing gravitas, its striking five-note piano motif joined from the shadows by a wailing guitar line. It’s stirring stuff, but the standout track is the closing Distant Snowy Peaks – an elegant, unadorned piano ballad in which Rhys is left in solitude “looking for truth and wisdom in the snow”.

He provides plenty of both on the revelatory Seeking New Gods. Having ascended Mount Paektu and peered into its smoking crater with notebook in hand, Gruff Rhys leaves us not with an indulgent essay on his findings, but a series of exceptionally well-crafted songs about humanity, which display his gift for timeless and universal writing. He’s a true craftsman.