A fourth album in as many years finds the prolific Bristol punks in more introverted mood as singer Joe Talbot mines past personal trauma for inspiration. 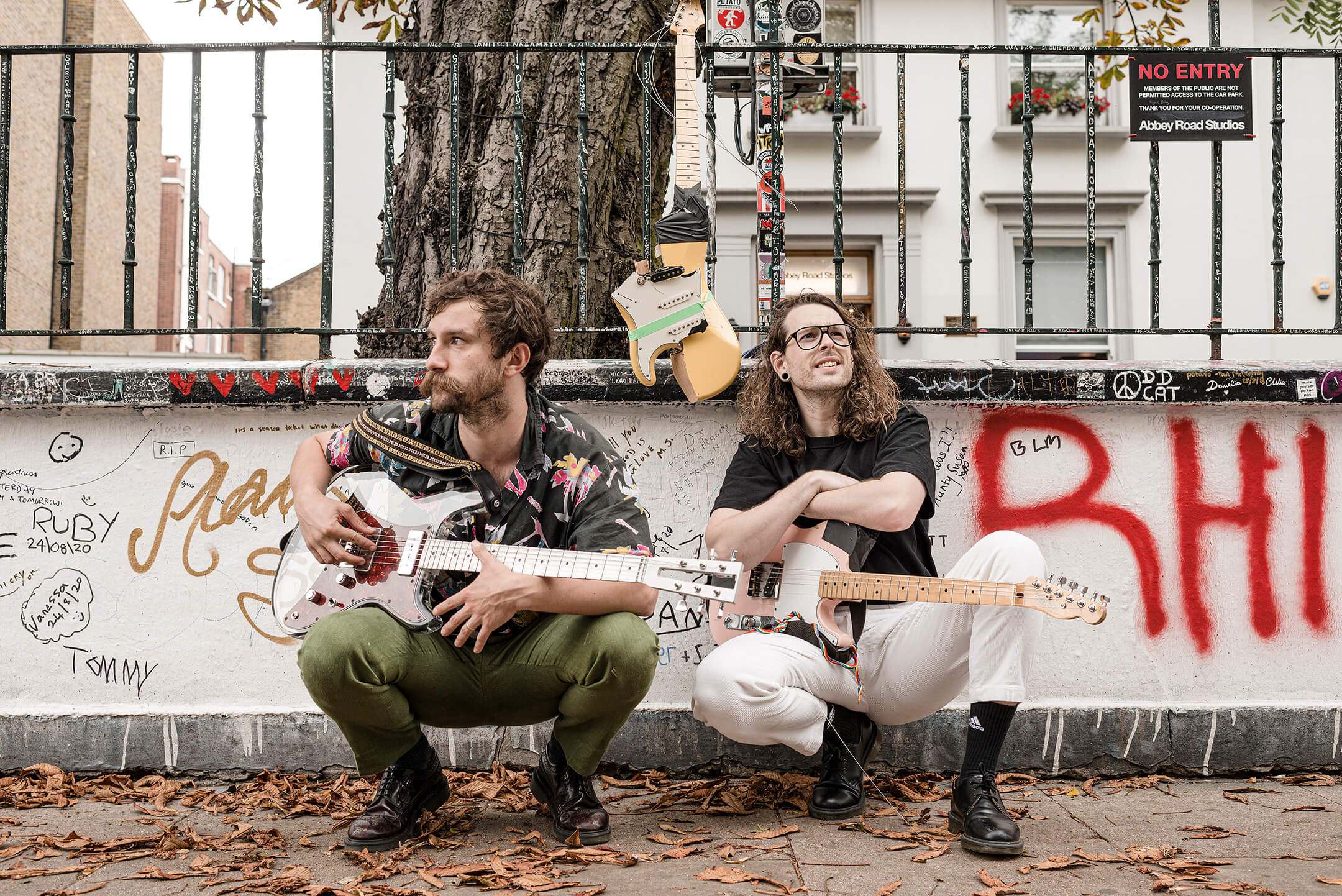 Less immediate than their first three albums, Crawler is a powerful artistic statement, with the band’s two guitarists exploring a plethora of new tonal territories.

Explaining the manifesto for IDLES’ third album Ultra Mono 12 months ago, guitarist Mark Bowen told Guitar.com: “It was more is more, is more, is more”. If there’s a defining mantra on their fourth, it’s “different, different, different”. Recorded with EDM and hip-hop producer Kenny Beats, Crawler is the sound of IDLES metamorphosing and finding some of their most captivating material in moments of fearfully dark introspection.

The Bristol band have now released four albums in as many years, landing their first No.1 with Ultra Mono. That record was, admits Bowen, “like a caricature of our identity that helped us see it for all its flaws”. It left some critics wondering if the band might have run out of ideas. A year later, the response is emphatic, a dense brooding 14-track monster that tries its hand at Motown, glam, caliginous post-punk and bludgeoning grindcore. Out of ideas? IDLES are positively overflowing with them.

Informed by a near-death experience that caused him to reflect on his past struggles with addiction, Crawler also sees Joe Talbot digging deeper than ever into a seam of personal trauma and grief, delivering some of his most poetic and cathartic writing yet.

We should start with lead single The Beachland Ballroom because it’s a revelation, typifying the anything-goes spirit encouraged by producer Beats. Named after the famed Ohio venue, it’s Joe Talbot as you’ve never heard him before, an urgent last-breath soulful croon that explodes from previously uncharted tender territory to a blood-curdling howl of “Damage! Damage! Damage!”.

Bowen and Lee Kiernan thrive in the spaces, weaving an apocalyptic backdrop, and it may well be the best song IDLES have ever recorded. “I didn’t know Joe could sing like that,” says Bowen. “He’s been trying to write Be My Baby since the very beginning.”

Crawler confounds from its first seconds. Opener MTT 420 RR is five minutes of moody electronic soundscaping, its chilling narrative feeding the whole record. As Talbot recounts a near-death motorway brush with a motorbike travelling at 130mph, his awareness of his own mortality and past transgressions becomes heightened. The ratcheting tension is excruciating as he sees “the swell of heaven on my dashboard”, imagining his spinal cord twisted beyond recognition and the biker left like a “jeyllyroll” on the tarmac. He finishes up growling again and again “Are you ready for the storm?”. 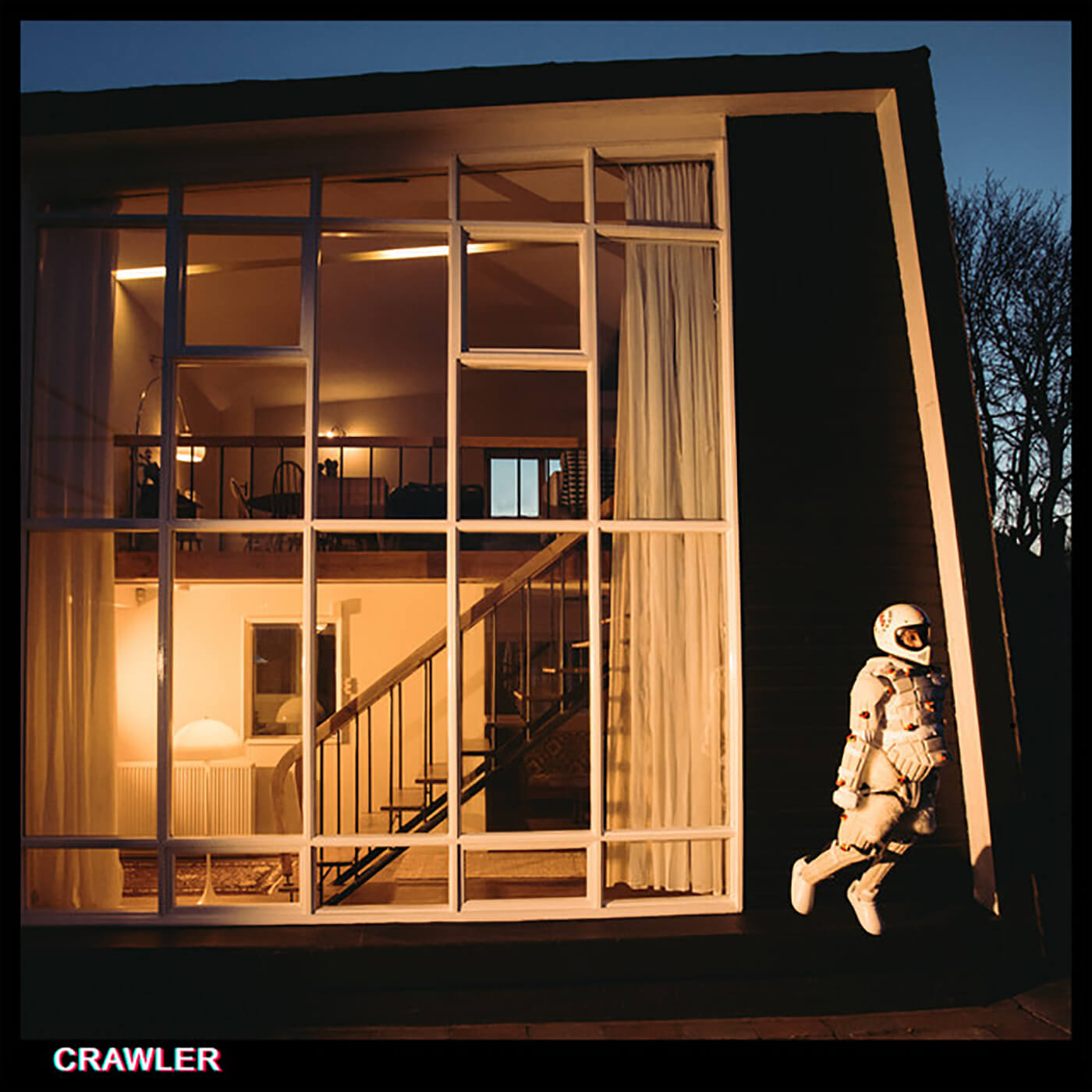 Those gathering storm clouds break to reveal a filthy glam swagger on The Wheel, addressing the cycle of alcoholism that ultimately took Talbot’s mother from him. Bowen and Kiernan are in menacing form, a murderous one-note riff spearing through the chorus as Talbot howls “Can I get a hallelujah?” until he’s hoarse.

Further stylistic departures follow. When The Lights Come On is shrouded in the gothic intensity of an early 4AD seven-inch, sharpened riffs arrowing through the gloom. Yet Talbot lifts the mood with his ever-incisive wit as he recalls trying to extend a boozy night out past its acceptable limits: “I don’t want your dim sum, It’s 3am, I wanna dance ’til the sun comes, I wanna fight your cousin”. His gallows humour is similarly sharp on Crawl as he quips: “God damn I’m feeling good, said the liar to the congregation.”

Bowen’s growing confidence in the studio shines throughout, blasting the singer’s vocals through his pedalboard on pitch-black comedown anthem Car Crash, and tremolo picking with feverish intensity in the margins as a pummelling looped beat dominates. The ability of IDLES’ guitar duo to find space in the frequency range of an often seemingly impenetrable sonic fog is astounding and something for which the band deserves more credit.

While much of the writing here is intensely autobiographical rather than political, The New Sensation sees Talbot raging at familiar right-wing foes. On Ultra Mono, he devilishly envisioned “Kathleen Hanna with bear claws grabbing Trump by the pussy”. This time, it’s Rishi Sunak who receives a “right cross to the fucking jaw” for his suggestion that artists should retrain and find other jobs during the pandemic. It’s a textbook IDLES rabble rouser, Bowen revelling in a trebly new-wave assault and the singer screaming “Shake your tiny tushy like you don’t give a shit”.

The album’s other eyebrow-raising highlight is Progress, hinting at more exploratory ambitions with a binaural beat and fragmented synth textures firing off into the atmosphere as Talbot probes the addictive spiral he’d become trapped in, barking: “I don’t wanna feel myself come down, I don’t come home”. Still, whenever things threaten to get too cerebral, IDLES pull back and return to primal ferocity, as if wary of taking themselves too seriously. Without warning, the tape cuts and we’re plunged into 30-second grindcore bombardment Wizz, Talbot spitting out text messages from his old drug dealer.

Crawler is a long, demanding listen, and some fans will miss the gut-punch immediacy of their earlier work, but it’s an absorbing artistic statement that reveals new creative depths. By The End, Talbot’s reflecting on the beauty of the world surrounding him, thankful for his job fronting one of the most vital and exhilarant bands on the planet. After 18 months in lockdown, IDLES are making up for lost time, already partway through a huge 60-date world tour that will again challenge their physical and mental health.

Their frontman explains in the album’s press release how inspired he was when reading of the positivity Trotsky espoused in the final moments before his inevitable assassination. “There’s no depletion of my gratitudes and there never will be,” he asserts. “I am Trotsky. But please don’t kill me with an ice pick just yet.”

Crawler is out now.