The Manics reveal an admiration for ABBA while embracing the middle ground on their 14th studio album.

“I defend the middle ground,” asserts James Dean Bradfield on Complicated Illusions, the seventh track of Manic Street Preachers’ 14th studio album. Such an uncharacteristically pragmatic statement appears to be a recognition that the flaming polemics of the band’s early years are now forever consigned to history. The Ultra Vivid Lament is an aptly-titled record informed by a love of shimmering 70s pop and a misty-eyed realisation that all good things come to an end.

A tribute to the record collections of the band’s parents, the 11 songs on The Ultra Vivid Lament were written during a period of populist politics and personal grief following 2018’s patchy Resistance Is Futile album. These are the most autobiographical lyrics Nicky Wire, who has lost both his parents in recent years, has written, and there’s a sense of wistful surrender to the passing of time. Prior to the album’s release, Bradfield explained “A lot of life is in the middle ground – be it culturally, politically, personally. The spirit of compromise makes a band work.” It’s all a long way from “repeat after me fuck queen and country”.

Of course, the Manics shouldn’t be expected to make another Generation Terrorists every two years, and the absolute truths of youth inevitably become more opaque in middle age. Yet there’s something sorrowful about hearing one of the great raging voices of our time sounding so, well, moderate.

There is, though, a rueful beauty in the self-doubt that colours much of Wire’s writing. Opener Snowing In Sapporo is the sort of stately widescreen melancholy the Manics are so adept at. Inspired partly by Purple Mountains’ Snow Is Falling In Manhattan, we’re back in 1993 on the band’s Japanese tour, “the four of us against the world”. A galloping Johnny Marr-esque acoustic rhythm and sumptuous raked chords surround Bradfield’s doleful reflection that “These days may never come again, my optimism resembles a dying friend”.

Social media toxicity and blurring political boundaries are fertile territory for the Manics and they dive right in on Orwellian. With James writing away from his guitar, the musical constant on The Ultra Vivid Lament is a gleaming piano sound appropriated from ABBA, and it’s front and centre here, alongside a throbbing disco bassline. Wire’s lyrics are perhaps a little on the nose: “Everywhere you look, every way you turn, the future fights the past, the books begin to burn”.

There will be Manics fans who find the concept of the band trying on glitzy 70s pop about as appealing as Jeremy Corbyn doing Strictly, and the disco bounce and jaunty piano riff borrowed from Waterloo on The Secret He Had Missed will be too much sugar for some tastes. A cousin of The Girl Who Wanted To Be God from 1996’s Everything Must Go, the song was imagined as a duet between Welsh sibling artists Gwen and Augustus John, and features Sunflower Bean vocalist Julia Cumming. Bradfield’s layered guitar textures stir the senses and there’s a poignancy when the duo sing “Walls defeated by the sea, still resonate an imperfect dream”. You can’t help conclude it’s Wire referring to the faded ideals of the band’s youth. 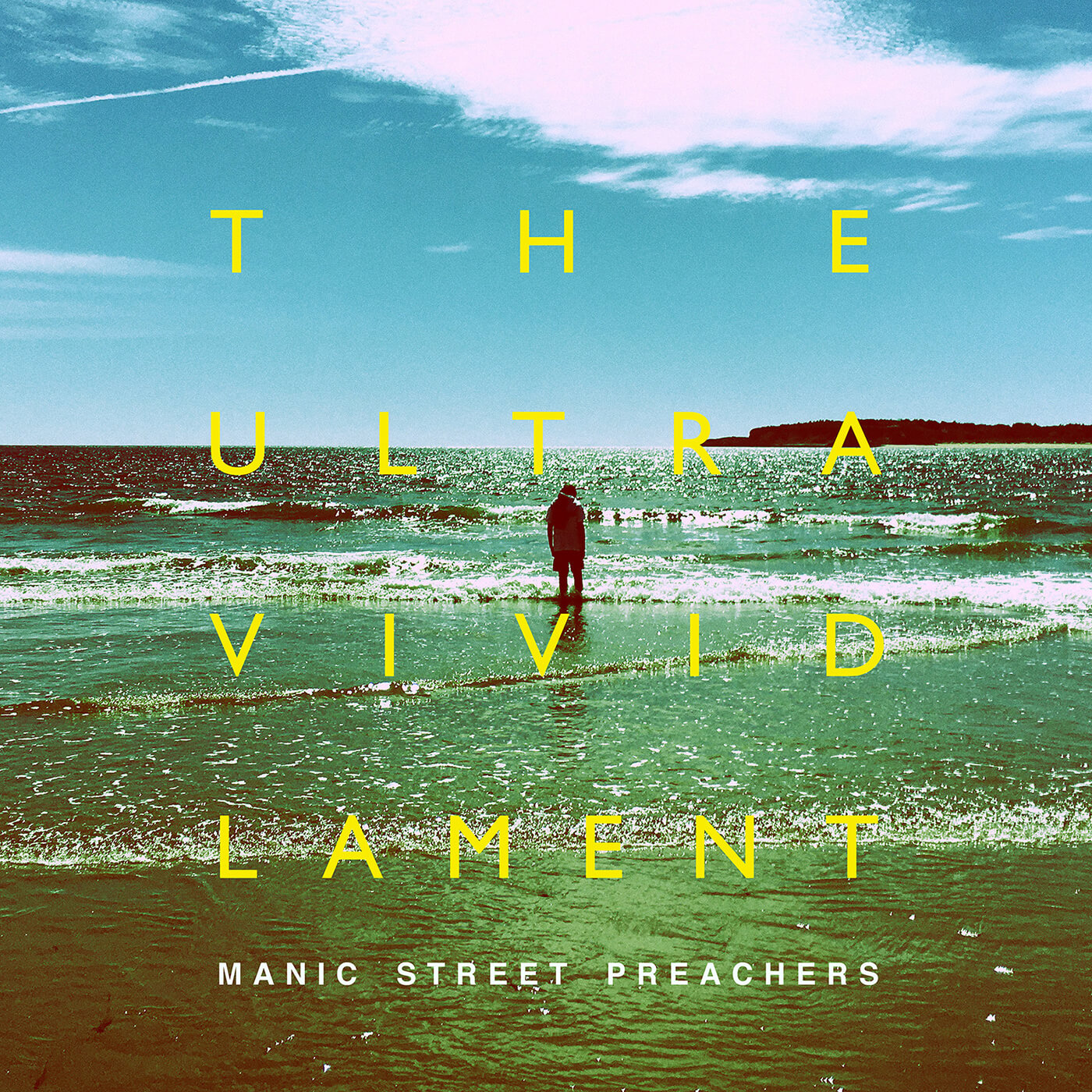 The searching piano ballad Quest For Ancient Colour nods to Elton John and Billy Joel, giving voice to Wire’s nightmare that “My scream had lost its source, like a reservoir in a summer drought”. Bradfield accelerates out of the chorus into the album’s most gripping solo, 16 bars of dazzling pentatonic brilliance that stirs memories of Motorcycle Emptiness.

While his writing delves deep into personal trauma, and these are memorable tunes that will seep into your sub-conscious, too often Wire reaches for an easy rhyme. On Don’t Let The Night Divide Us, a spirited yet sprightly attack on Conservative politics sold as a meeting of ABBA and London Calling-era Clash, Bradfield repeats, “Don’t let those boys from Eton, suggest that we are beaten – no no no”. Then, against an uneasy backdrop of foreboding piano chords and reversed vocals on Diapause: “I looked into the sunset, I screamed and I sighed, I raised hope then it died, so I ran and I lied”. The guitarist’s sweet, lyrical solo is a delight, however, handing over to a fairytale synth run of balletic grace.

Into The Waves Of Love bounces along, its acoustic arpeggios and melodic bassline redolent of The Smiths, while Mark Lanegan is a well-chosen guest on Blank Diary Entry, with EBows fired through tremolo pedals and a gorgeous flat-sounding baritone riff. And what an opening line for their old touring buddy: “In a garden full of locusts, pain was a crying man”.

Happy Bored Alone is closest to the ‘old Manics’ sound, an ode to finding satisfaction in solitude. Slashing tremolo waves and chiming notes decorate a mesmeric soundscape in the mid-section before Bradfield lifts off for one final chorus.

On the closing Afterending, statues drown and states crumble, choral harmonies and la la las swelling in the chorus before Bradfield concludes “the near future has been and gone”. The statement seems both fatalistic and significant. Whether this is a farewell, a one-off indulgence or the beginning of a new era remains to be seen. That the Manics continue to find enduring hope and inspiration three decades on from vowing to disband after their first album is to be admired. Few bands provoke as much adoration, passion and heated debate among fans as they do, and The Ultra Vivid Lament will certainly divide the crowd.