Deep Purple’s 21st studio album is billed as the most versatile, boundary-pushing record of the three they’ve made with producer Bob Ezrin. Is it a worthy addition to the legendary British band’s weighty catalogue? 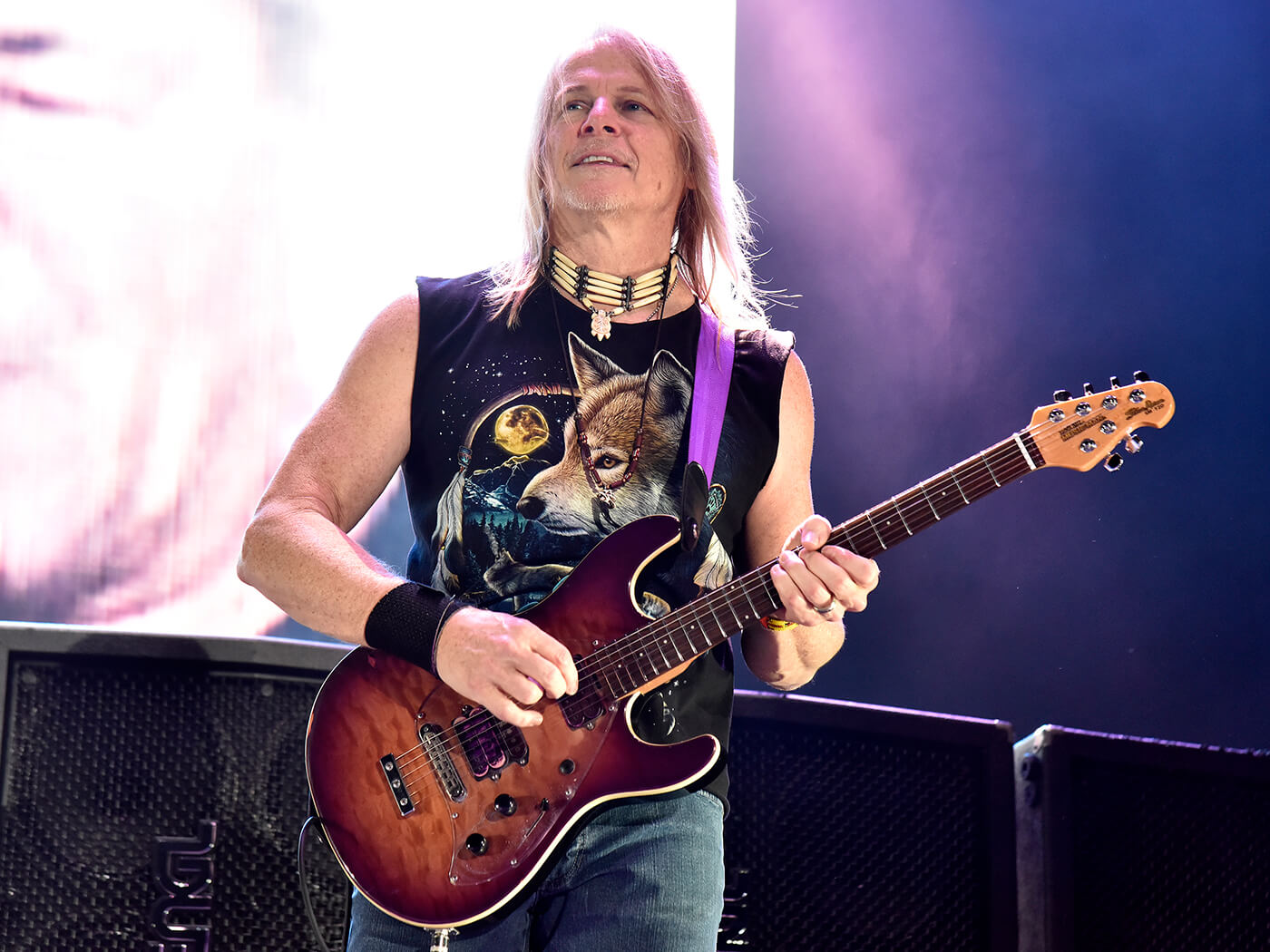 A continuation of the cultivated musicianship and eye-catching guitar playing that characterised Purple's last two records, but lyrically it's a low point in the band's illustrious history.

Many thought that 2017’s eminently listenable InFinite album and accompanying Long Goodbye tour were the final farewell from Deep Purple, yet here we are celebrating the arrival of the heavy-rock pioneers’ 21st studio LP and third with Canadian producer Bob Ezrin. The questions are, does their latest add substance to a long and storied career, or is it an album too far? And why, exactly, is it called Whoosh!?

“Whoosh is an onomatopoeic word that, when viewed through one end of a radio-telescope, describes the transient nature of humanity on Earth,” explains singer Ian Gillan in answer to the second question, “and, through the other end from a closer perspective, illustrates the career of Deep Purple.” So we’re none the wiser on that front, then.

As far as the more pertinent poser goes, Whoosh! sees the band stick largely to the proggy blues-rock blueprint that made InFinite and 2013’s Now What?! such enjoyable latter-era Purple records. Guitarist Steve Morse and Don Airey on Hammond both play a blinder, continuing to fill the sizeable shoes of Ritchie Blackmore and Jon Lord, while partaking in an enlivening duel that weaves throughout the record.

Morse’s playing, in particular, is at times stellar, his solos extravagant yet well pitched. The original rhythm section of bassist Roger Glover and Ian Paice, locked into an effortless groove, are dependable, too. However, and it’s a big but, lyrically Gillan has a shocker, turning in perhaps the weakest collection of his entire career.

It’s evident from the kick-off of earnest opener Throw My Bones, with its simple insistent riff, grand major chords and glitzy synthesised strings. Gillan, reflecting on his mortality and seemingly contented with his lot in life, wonders: “Why should I walk into the great unknown, when I can sit here and throw my bones”.

Drop The Weapon‘s Hammond intro loosely references The Who‘s Won’t Get Fooled Again, and it’s ostensibly a song about the tragic human cost of gun and knife crime; lyrically subtle it is not. “Drop the weapon, kick it away, drop your gun, look the other way, drop the weapon, live another day, drop your blade, listen while I say,” asserts Gillan sounding every one of his 74 years. 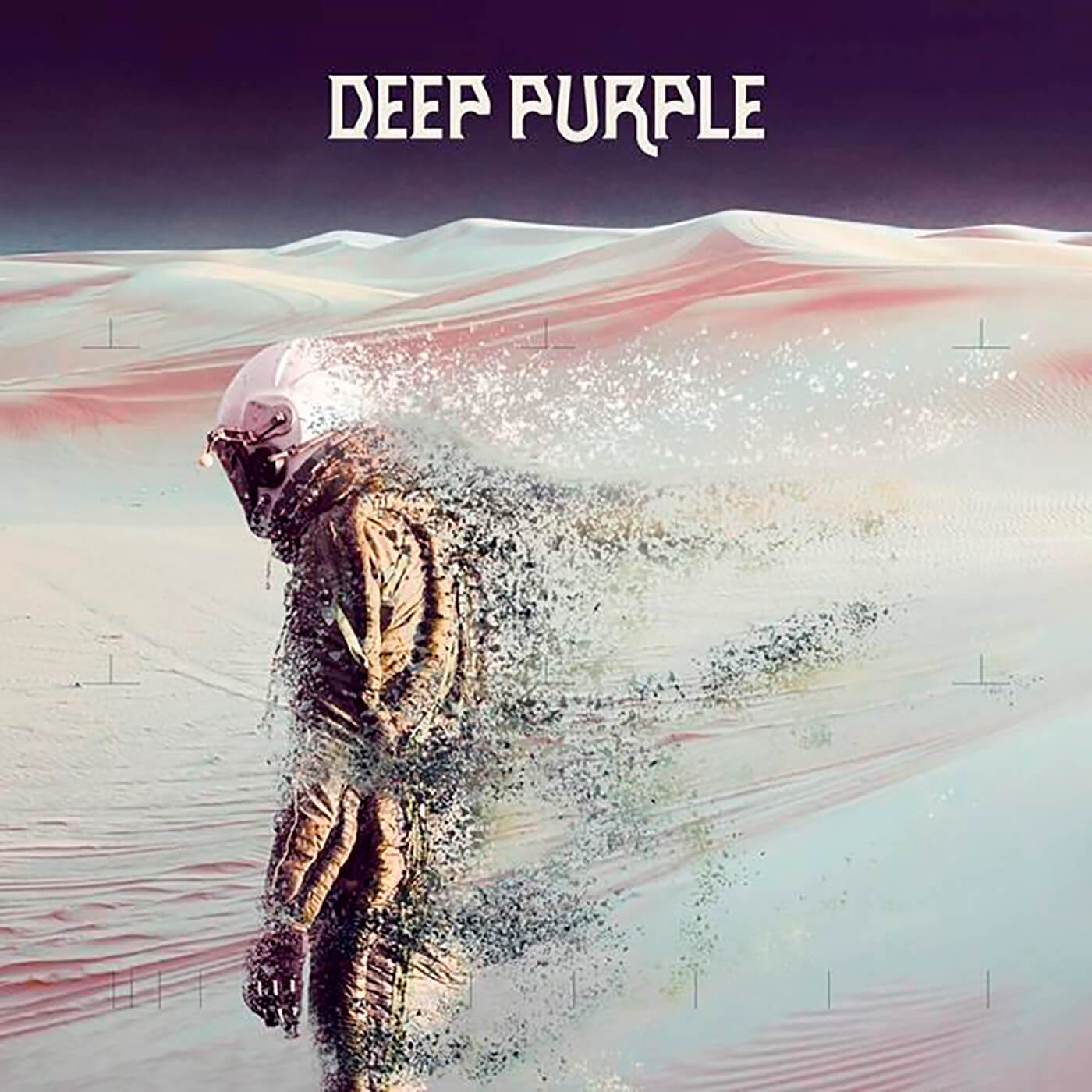 “Baby won’t you be my friend, and love me to the end,” he asks on We’re All The Same In The Dark, over a bed of enjoyably chunky riffing and swirling organ, and on sobriety examination The Long Way Round: “I promised myself I would not get trashed again, but the way I’m feeling right now, that promise is going down the drain”.

No Need To Shout is a rant seemingly in the direction of dishonest politicians: “You stand there on your soapbox without fear… like a demented auctioneer/ it’s just a bunch of crap, you’re talking out your hat.”

What The What steams in on an ascending chord progression, an electric piano-led stomper that sees Morse digging in for a breakneck solo that powers into strident unison bends. But it’s again let down by some toe-curling lyrics as Gillan, his “mojo working”, dubiously rhyming Old Joanna with piano and donning his dancing shoes, sings with a straight face: “Long tall Sally and short fat Dave, arms and legs going every ways, They didn’t care about shape or size, the fever of love was in their eyes”.

Nothing At All is a waltzing highlight that will have many Purple fans moist of eye. It’s impossible to dislike and instantly memorable with a chorus that’s all kinds of wistful, warming and nostalgic. Morse and Airey are again on form, a polyrhythmic riff that’s a dizzying flurry of notes echoed by the organ part panned to the opposite channel.

Yet the needle on the cringeometer begins to bounce at the edge of the red zone on Man Alive, an irony-free comment on humankind’s destruction of the earth, that imagines our future extinction. Twice it breaks down to Spinal Tap-esque spoken word sections, recalling InFinite‘s On Top Of The World. Gillan, accompanied only by hilariously naff ticking clock rim shots from Paice, intones gravely, “After some thousands of years, the wisest guys in the evolution of humanity became extinct, mother nature loves a vacuum… and so the earth was cleansed in no time at all”. Is that a miniscule Stonehenge we see lowering into view?

The Address remains instrumental for its duration, three minutes of exemplary bluesy soloing. It’s tempting to conclude that it’s the high point of the album, seasoned musicians from the top bracket locked in and playing with total abandon. The instrumental breakdown in funky closing track Dancing In My Sleep is superlative, too, a cavalcade of audacious bends and darting descending runs. The fact that these fleeting moments on a record that stretches to 50 minutes are unfettered by vocals is a damning verdict, though. Fans will welcome an unexpected new chapter from a truly legendary band for the undoubted quality of the musicianship and the renewed reservoirs of energy they’ve tapped in the twilight of their career. Just don’t listen too closely to the lyrics.