South London post-punkers Shame exploded onto the scene in 2018 with their debut album Songs Of Praise. They return with an updated guitar sound, determined to innovate. 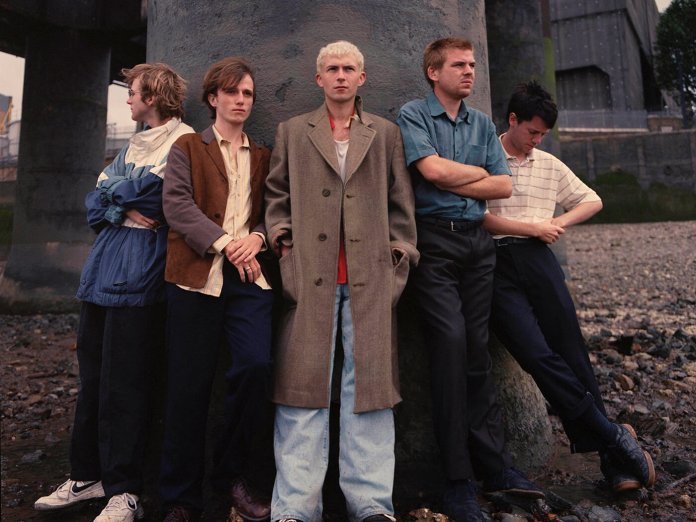 Reinvention was the key word for South London’s Shame as they decompressed after two years on the road. Trying to make sense of life back at home while writing the follow-up to their massively successful debut, Songs Of Praise, it was clear they needed to explore new sonic territory.

“For this album, I was so bored of playing guitar,” recalls one of the band’s two guitarists, Sean Coyle-Smith. “The thought of even playing it was mind-numbing. So I started to write and experiment in all these alternative tunings and not write or play in a conventional ‘rock’ way.”

Singer Charlie Steen, too, was desperate to change things up. Locking himself away in a cupboard painted in the album’s titular pacifying shade, he began documenting the psychological toll a startling workload had taken as lockdown bit on a band who’d toured hard and played harder since emerging from the fertile scene based around Brixton’s Windmill venue.

The results of that soul searching are striking from the onset of Shame’s sophomore album. Recorded with celebrated producer James Ford at La Frette Studios in France, Drunk Tank Pink sees the five-piece take their gritty post-punk sound, fire it through a kaleidoscope and reassemble the disparate shards into something new. Angry, introspective and wildly ambitious, this is a more complex and nuanced record than their excellent debut, and the guitar playing is electrifying.

While Songs Of Praise owed a clear debt to British titans The Fall and Gang Of Four, the sound of New York City is immediately audible here, although influences are wide-ranging. From the jittery art-rock discord of Talking Heads, Television and Parquet Courts to Wire’s lean post-punk dynamism, Nigerian high life and occasional flirtations with math rock, Coyle-Smith’s alternate tunings and irregular time signatures jostle for space with Steen’s anxious escapism.

Lead single Alphabet rears up from a cloud of feedback with a thrumming bassline and stabbing angular chords chopped out from Coyle-Smith Eddie Green’s Strats and Teles. The frantic wirey solo that winds through the centre of the song is claustrophobic and gripping, the revamped Shame sound explicitly progressive.

Steen gives a glimpse of the pervading sense of alienation on percussive second single Nigel Hitter. Readjusting to domestic quietude after spending most of his adult life on tour, the singer loses his shit over the unfamiliar smell of fresh linen and urges “Take the clothes off my back, they don’t seem to fit”.

While Songs Of Praise was ruthlessly direct, the follow-up at times feels like a dizzying bombardment of ideas. The frenetic staccato riff that spits and sparks throughout the busy Born In Luton reveals the work Coyle-Smith and Green put into reshaping their sound, and the song makes more than one arresting gear change, Steen lamenting in its reflective slow-building mid-section “I’ve been waiting outside all of my life, and now I’ve got to the door, there’s no one inside”. 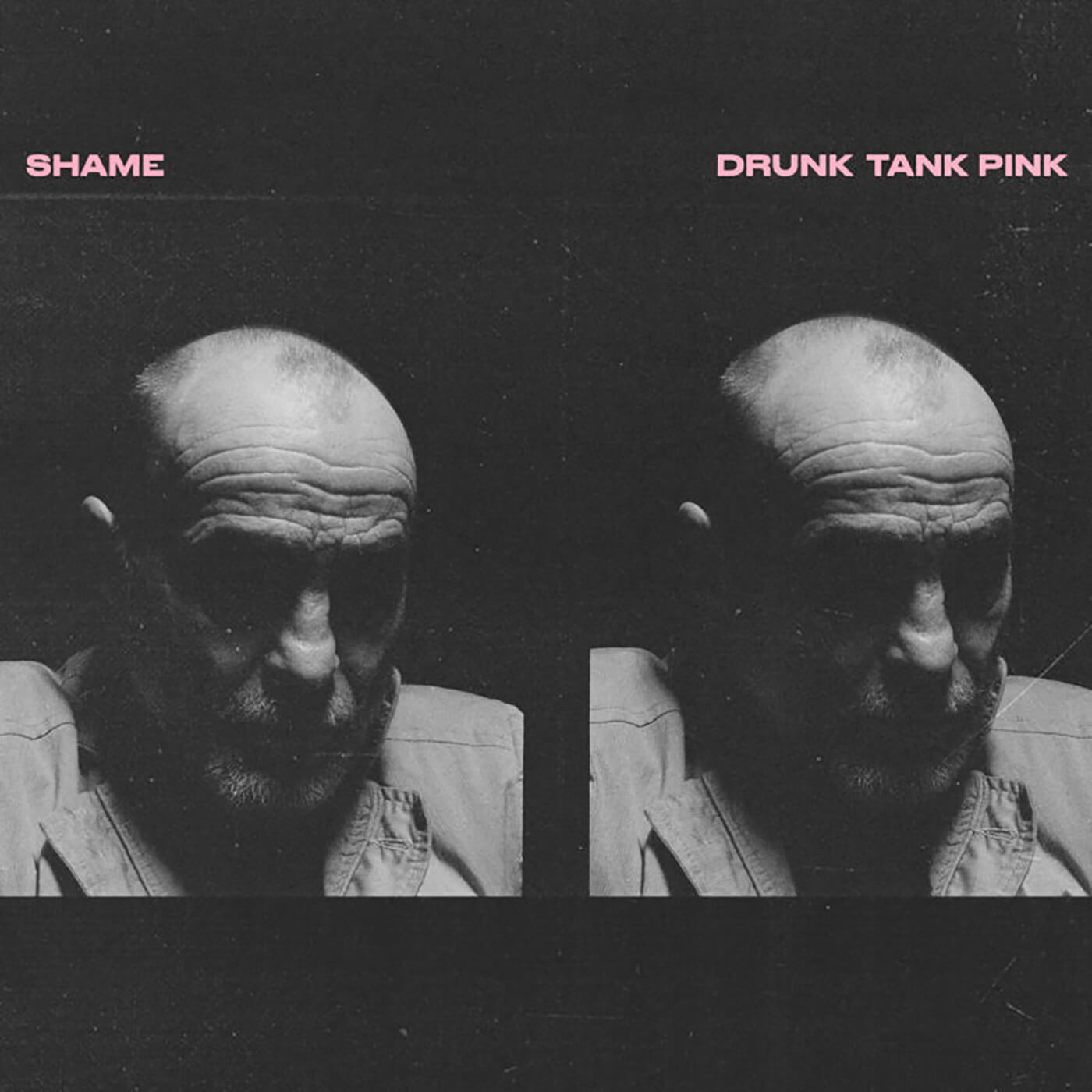 Human, For A Minute is a departure to hazy disco bliss, its bassline playfully funky and Steen suddenly hushed, almost gentle as he admits to being “half the man I should be”. The shimmering guitar interplay brings to mind Television’s Marquee Moon via their New York disciples Interpol.

Following that beatific interval, Shame double down on a ferocious intensity that surpasses their debut. The 120-second thrash Great Dog witnesses some furious riffing and 6/1 is equally breathless and not much longer, Steen voicing the self-flagellation at the heart of Drunk Tank Pink as he offers: “I hate myself, but I love myself”.

The punishing math-rock playing at the opening of Harsh Degrees stirs memories of The Mars Volta and, amid the sharpened brutality, the creative drive of those sessions with Ford is captured in snatches of swirling delay textures. 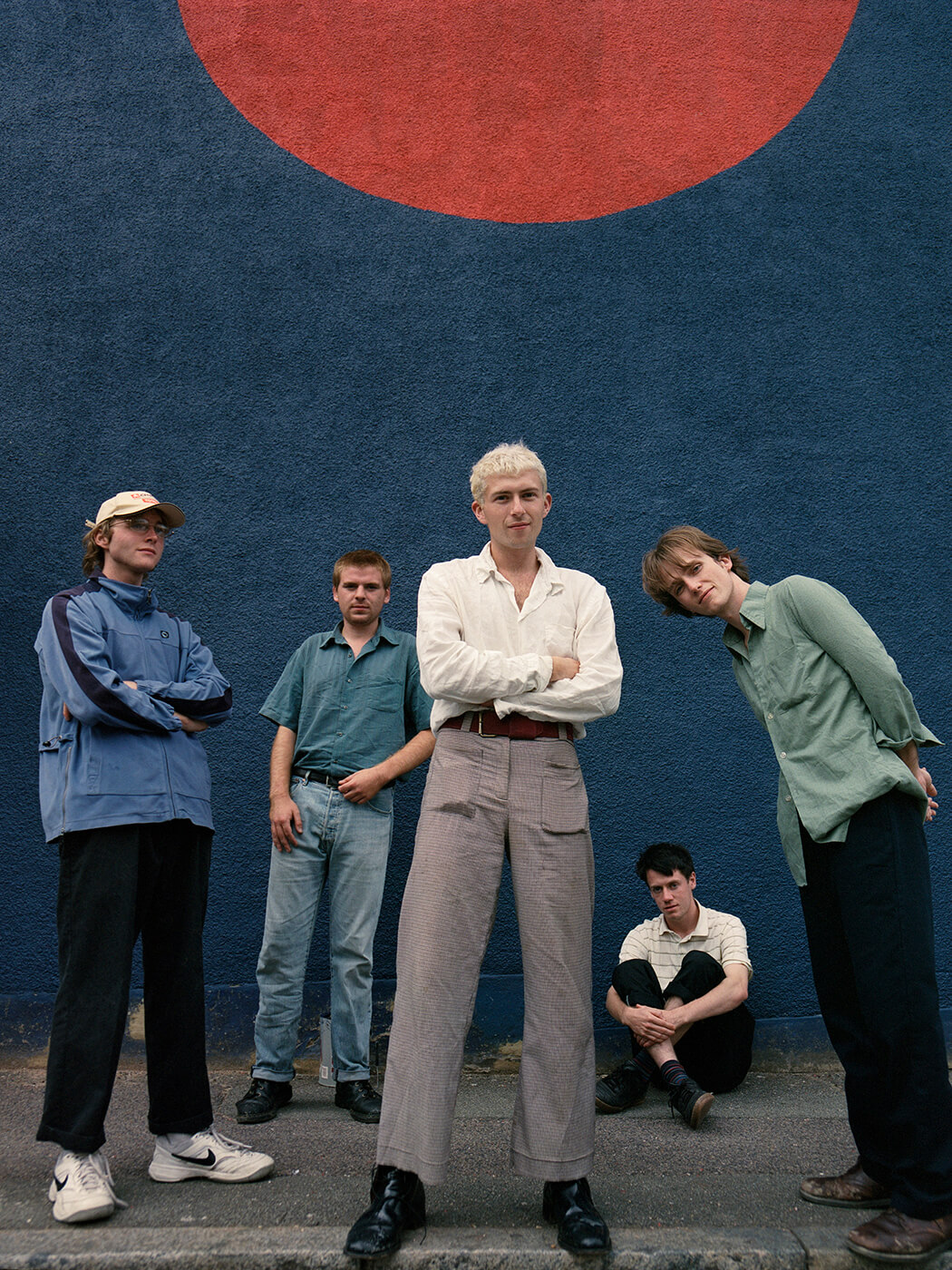 The upshot of all this overarching ambition, stylistic expansion and simmering disaffection is a sometimes uncomfortable listen. Certainly, the overwrought air that shrouded the writing has permeated these songs, and listening to Drunk Tank Pink loud enough in headphones can feel a little like being parachuted into the midst of someone else’s panic attack. That’s not to say it isn’t an utterly captivating listen.

By the end of the steadily unwinding grandiose closer Station Wagon, with its rumbling bassline and choral backing vocals, Steen has assumed the role of a firebrand preacher, evoking both James Dean and Atlas. Looking to the heavens, he invites us to “lift up my trousers, kiss my earlobes”.  It all reaches an unsettling crescendo before dissolving to a brief howl of the same feedback the album began with and fading out.

You’d be forgiven for taking a deep breath, and at the conclusion of these terrifyingly honest, boldly creative 11 songs, you’re left to marvel at the distance Shame have travelled.