The Genius Of… Dopesmoker by Sleep 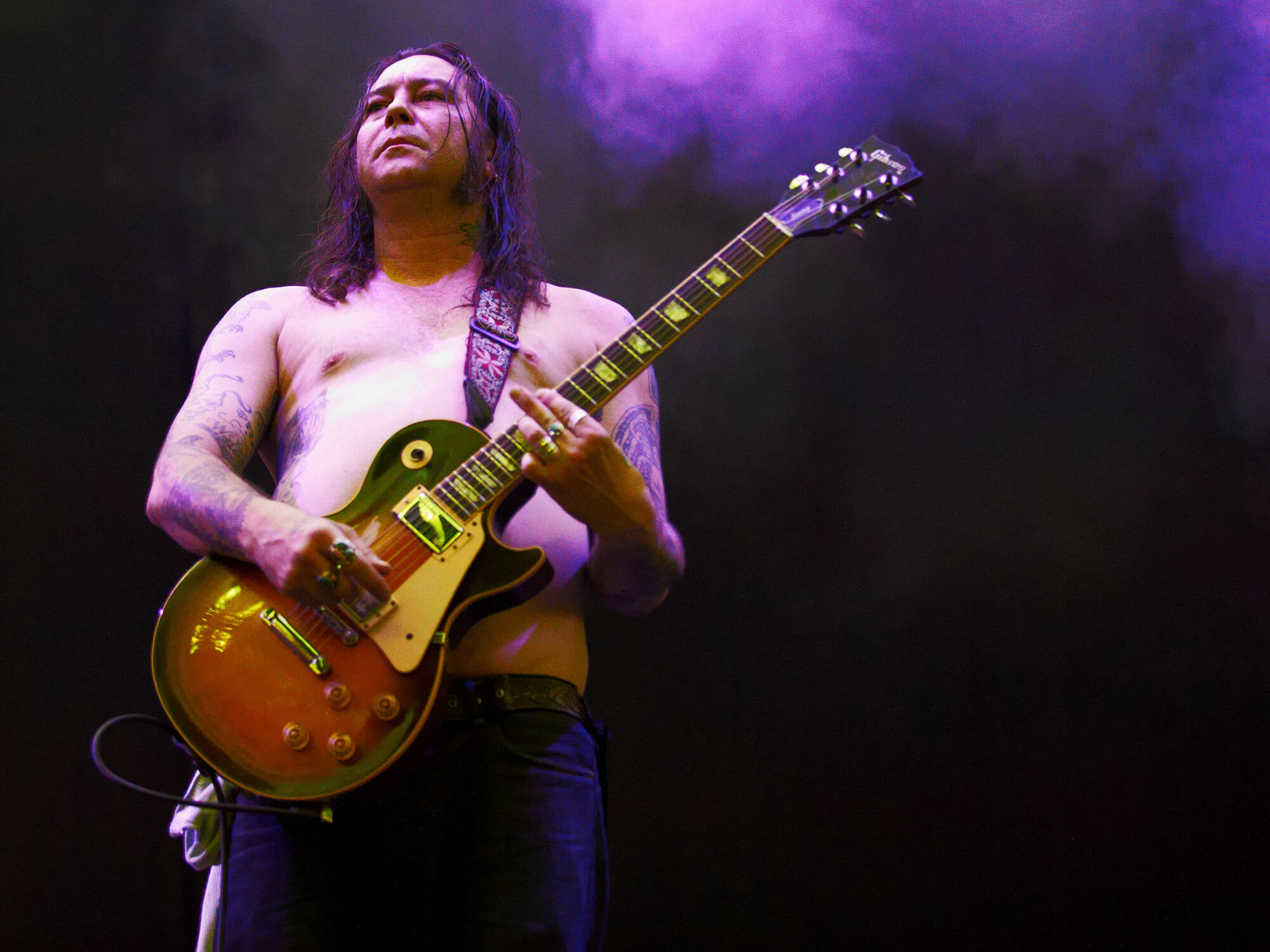 The fog of stoner mysticism surrounding Sleep’s magnum opus Jerusalem, later known as Dopesmoker, is unsurprising given the nature of the beast: a single hour-long composition, a monolithic ode to tuning low, playing slow, and dropping out of life. 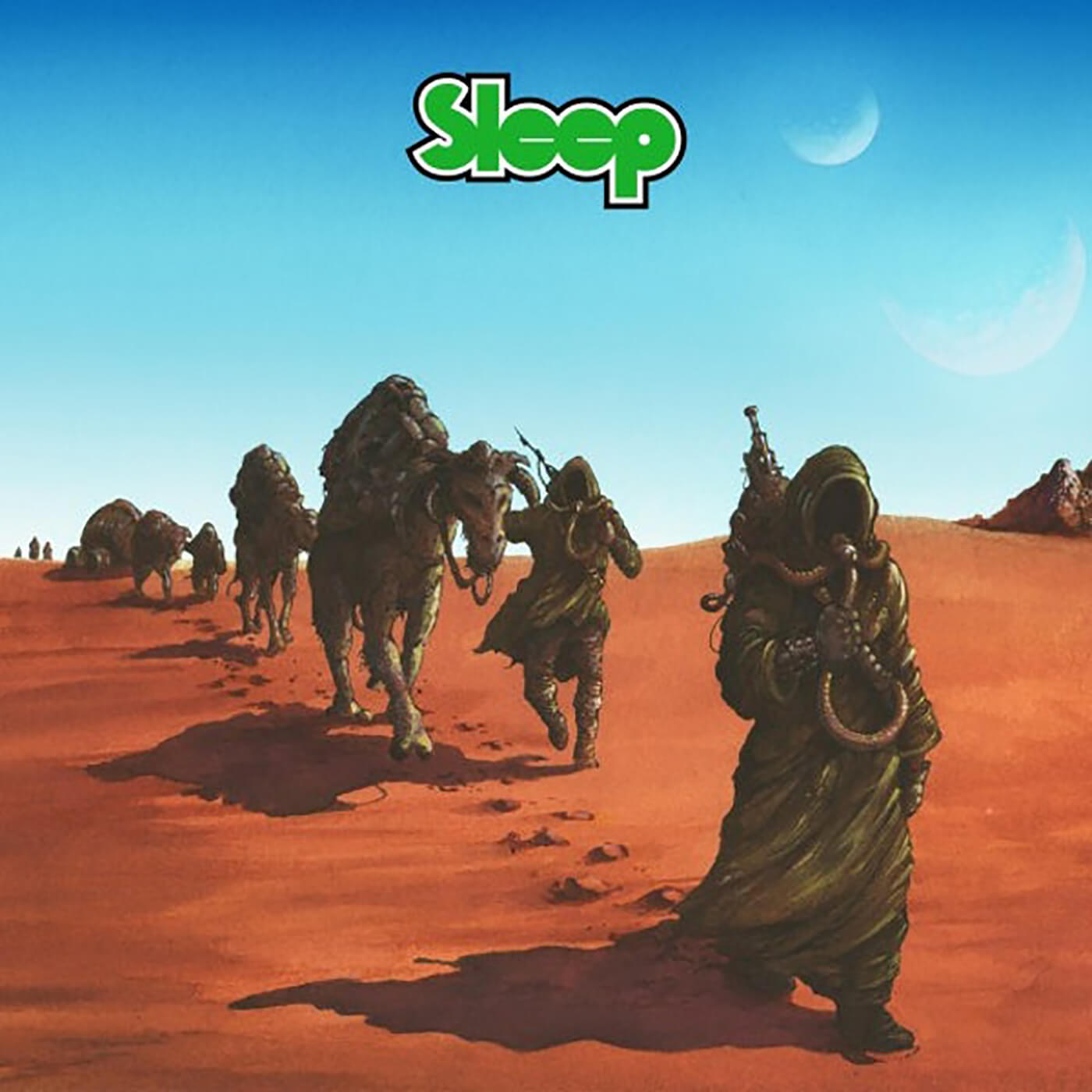 It’s an album that’s easy to mythologise: what do you say to your friend as you fumble the first disk out of its sleeve? How do you prepare them for the incoming 63 minutes? They just thought the cover looked cool, and now half-remembered tales of ludicrously loud custom amplifiers and Olympic levels of weed consumption are rushing to the forefront of your mind. Any possibility of describing the album in a sensible manner were ignited the moment you put it on, alongside your sobriety.

Given the legendary amounts of marijuana the band actually burned through across the recording sessions, it’s perhaps unlikely an official story could ever be told, even if the band wanted to tell it. But the roughly accepted version is this: following the success of their second album, 1992’s Sleep’s Holy Mountain, Sleep were offered a deal by London Records. It’s not clear what prompted London to take a chance on Matt Pike, Al Cisneros and Chris Hakius – the label is perhaps better known today for Bananarama and Dannii Minogue than its brief foray into doom.

In 1996, Sleep departed Earache Records, signed the (in theory) more lucrative deal with London, and embarked on putting their next album to tape – a single hour-long song, loosely composed and completely inhabited by the band in long, meditative rehearsal and recording sessions.

The resulting record left London Records baffled. The label refused to release it as it was, while Sleep refused to make edits – deadlock. The album was shelved and Sleep released from their contract. They would break up shortly afterwards, Hakius and Cisneros going on to explore more hypnotic grooves in Om and Pike going on to make frantic sludge metal in High On Fire.

The next few years saw a handful of releases for the record. Jerusalem, released by Rise Above/Music Cartel in 1999, chopped into six songs and edited down to a speedy 52 minutes. Dopesmoker followed in 2003, released by TeePee. Then, in 2012, Southern Lord released an excellent – and for many fans definitive – version of Dopesmoker, complete with new Dune-esque artwork by Arik Roper.

Comparing these versions isn’t really necessary, as they offer a largely similar listening experience. It’s hard to notice the cuts made to turn a 63-minute song into a 52-minute song. But the 2012 reissue undeniably sounds the best, with a wider dynamic range and overall higher-fidelity feel.

Unfortunately, none are technically available to purchase digitally or stream at the moment. The good news is that Sleep signed with Jack White’s Third Man Records when they released their comeback album The Sciences in 2018. The label recently announced a massively-expanded remaster done using the original analogue master tapes, set to arrive later this month – Dopesmoker’s absence from the internet will be a temporary one.

Toward the riff filled land

At this point, your friend has been waiting anxiously while you’ve rambled about the various bootleg releases, reissues and record contracts, and how, like, wild, dude, the whole thing is – it’s like, an album, right, but it’s one song? Anyway, let’s drop that needle, clamber across the beer cans scattered along the coffee table, collapse onto the sofa, and actually listen to the thing.

Dopesmoker’s methodical slowness requires patience – chemically induced or otherwise – to be fully absorbed. You could fit five or six Black Flag songs in the time Sleep takes to develop one riff into another – the first riff alone is played unaccompanied for two-and-a-half minutes before crescendoing drums call the trio to begin in earnest. It’s a good eight minutes before the first vocal line is belted by Cisneros and, across the entire LP, musical ideas are built upon with all the urgency of continental drift.

The riffs themselves are textural rather than technical, mostly consisting of explorations of the minor pentatonic scale through the medium of very loud powerchords. Underneath the sustaining slabs of guitar, Cisneros’s bass pulses onwards and Hakius’s restrained drumming outlines hypnotic, head-nodding grooves. As much as that also describes music made by Iommi, Butler and Ward, Sleep don’t just tread the same ground Sabbath did in the 1970s. Instead they turn over the well-trodden soil, plant new seeds and flick on some rather powerful grow lights.

Textural riffs are bolstered by textural guitar and bass tones. The Orange and Matamp heads used by Cisneros and Pike have a throaty midrange and a fuzzy, unrefined distortion character; there’s nothing remotely sharp about the sound, no scooped mids or tight palm-muted chugs. Thanks in part to the lower tuning, which reaches down to C standard, you can hear Pike’s pick crunching across the powerchords, the strings responding with a lazy springiness rather than a taught snap.

The occasional guitar solos also present an interesting production choice – given how many layers of tracks the band used to build the all-encompassing rhythm sound, they could have easily slid more guitars underneath Pike’s lead playing. Instead, when the time comes for some soloing, the extra tracks are often used to double-up the solos instead, with Cisneros’s busy, midrange-heavy bass tracks more than enough to fill out the sound.

In case the above didn’t make it clear enough, Sleep love Black Sabbath. But Dopesmoker is a far cry from more recent, derivative Sabbath-worshipping doom bands. They would come later, inspired in part by Sleep and their misanthropic counterparts Electric Wizard. On Dopesmoker, Sleep elevate Sabbath to the same pseudo-religious status as they do marijuana. The sheer length of Dopesmoker makes it a ritual as much as an album, with every aspect of the full-bore sound yet another offering at the altars of amplifiers, drugs and the minor pentatonic scale.

There’s a practical ritual aspect for you the listener too. Dopesmoker asks you to clear an hour, turn off your phone and turn up your speakers – no small request in 2022, with more instantly available music and content than ever competing for your attention.

Whether you’re celebrating 4/20 or not, Dopesmoker is a worthy affront to the easily-tabbed-away-from ‘relaxing’ music favoured by the algorithms of Spotify and YouTube. The sonic palette of metal allows for minimalist composition with maximalist execution – something meditative but unignorable, letting you shift focus from an outside world that wants you to do anything but that. It’s the audio equivalent of staring at a six-foot-tall abstract painting or a brutalist cathedral: not much is happening but it’s happening a lot.