The Genius Of… Father of the Bride by Vampire Weekend

Best known for the preppy indie-rock that buoyed their late 2000s hits A-Punk and Oxford Comma, Vampire Weekend probably aren’t an act that comes to mind when you think of ‘essential guitar’ bands. However, with three Grammy nominations and a win for Best Alternative Music Album, the band’s 2019 album Father of the Bride is not to be understated.

The New York band’s fourth full-length brims with genre-bending experimentation, its 18 tracks blending folk and funk with hints of psychedelia, all while remaining true to the act’s alternative roots. The double album also demonstrates how guitarist/vocalist Ezra Koenig uses his instrument to provide both subtlety and complex textures.

On their previous album, 2013’s Modern Vampires of the City, the band incorporated pitch-shifting on the song Step, originally recorded in G major and then shifted to B♭. It was a springboard for Vampire Weekend, who went on to combine punchy guitar tones with electronic instruments and experimental effects throughout their 2019 follow-up, a deep dive into the mind of frontman Koenig.

From East to West

Credited by Music OHM as “imitating 1950s calypso”, Cape Cod blends breezy vocals with the syncopated rhythms of Koenig’s Epiphone Sheriton II. It was a sound that, according to NPR in 2010, seemed to birth a critical perception that Vampire Weekend are Ivy League white guys who appropriate African Music for personal gain.

However, it was Koenig’s move to Los Angeles in 2015 that saw Father of the Bride take shape. With its slower pace and relaxing motifs, such as the immersive, tranquil fingerpicking on Harmony Hall, much of the compositional elements of the album are inspired by the Californian way of life. Compare this laidback poise to the high-energy riffs of A-Punk and preppy themes on Campus – sounds quintessential to the New York indie scene and by extension Vampire Weekend – and the band’s shift in location becomes oh-so apparent. 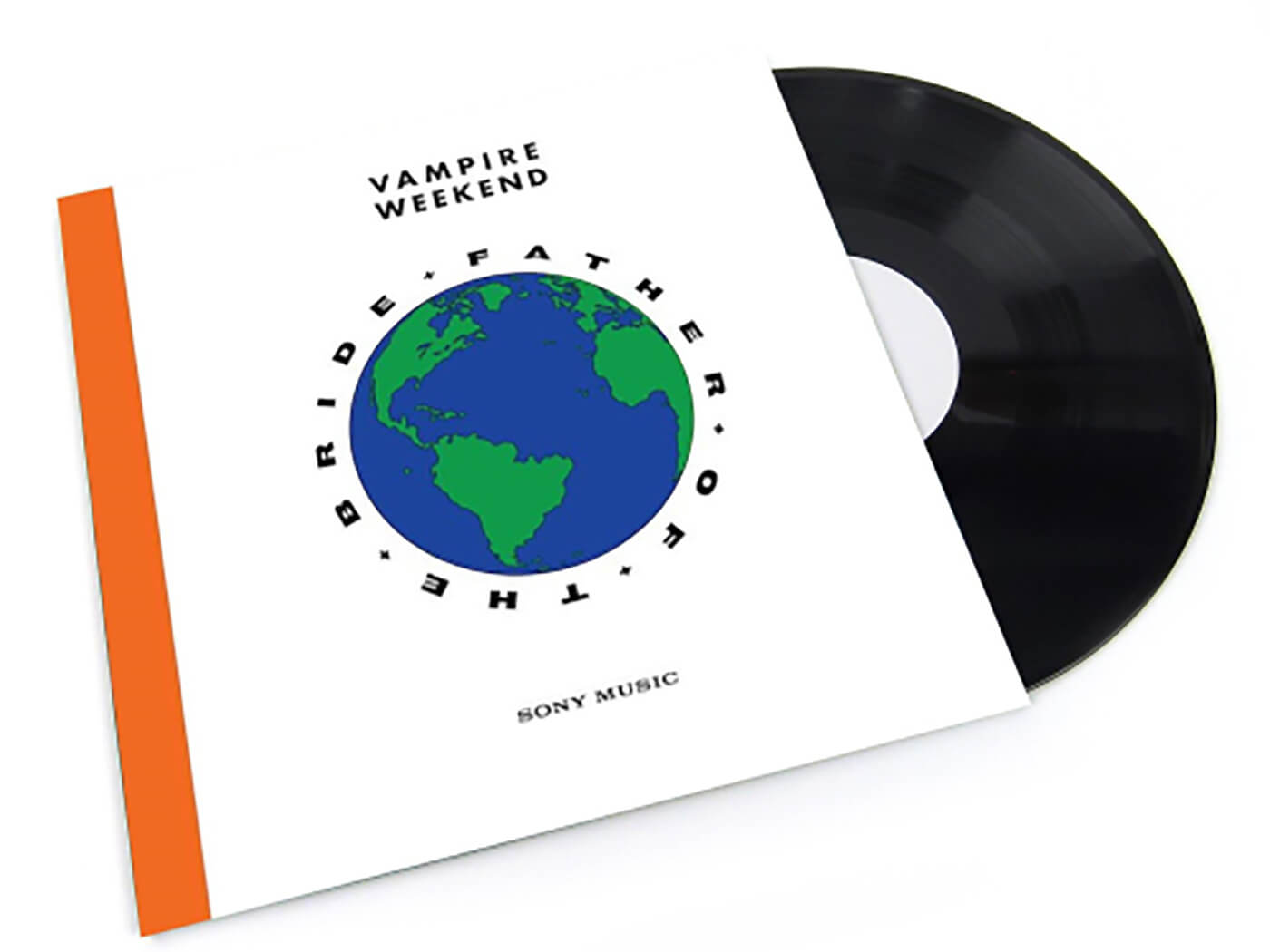 Father of the Bride is also stacked with high-profile collaborations. Much of the attention has gone to Haim leader Danielle Haim, who lends her vocals to three tracks, Hold You Now, Married in a Gold Rush, and We Belong Together, songs that help shape the album’s overall story. However, it’s the inclusion of The Internet guitarist Steve Lacy that is the most interesting for guitar fans.

Lacy’s back-to-back contributions, Sunflower and Flower Moon, provide two of the most outstanding guitar moments on the record, both exploding with quirkiness and energy despite their simplicity. Often mimicking the vocals from Koenig and Lacy himself, here the guitar almost acts as a third voice.

While Father of the Bride is an 18-track double album, it still has a certain lightness to it. But this can be complex work. The album is bursting with expression, such as the soft and emotive fingerstyle which provides the undercurrent of Unbearably White, one of the more intimate tracks on the album, and yet it doesn’t feel very heavy. Even exploring the track Sympathy, offering fast paced strumming and a high energy feel, and the harmonic richness of the two guitars in 2021 which provide the chorus of the track, it still reminds listeners of the familiar fingerpicking lighthearted style, ensuring that there is still a distinct uniformity throughout.

It takes dedication and commitment to produce this vast scope of feelings in a record while still ensuring an overall feeling of homogeneity. Allowing listeners to feel the mellow acoustic accompaniment of opener Hold You Now with the balance of the enthusiastic riffs of This Life while still feeling like there is a consistency is no easy feat, and can be credited to the recurring guitar themes written by Koenig himself that have been evidently well-placed. Speaking to Stereogum in 2019 about his role in the band, Koenig made it clear that he has some degree of leadership. He stated, “In the beginning, I made it clear that I was going to choose the songs. It wasn’t important for me to write all of the songs, because I love writing songs with other people, but it was important for me to have that curatorial role. You can’t tell a story if you have to vote on the songs.”

Father of the Bride should be acknowledged and understood as an essential guitar record. While often misinterpreted by its simplistic artwork – a cartoonish globe against a white background – is a record teeming with complexity and deep consideration for how the guitar can not only support musicians but how it can shape an album’s story and meaning altogether.