The Genius Of… Girlfriend by Matthew Sweet

Nirvana’s Nevermind may have been the headline rock hit of 1991-1992, but a less-heralded release offered equal guitar thrills. If you haven’t already, get to know the power-pop masterstroke of Matthew Sweet’s Girlfriend. 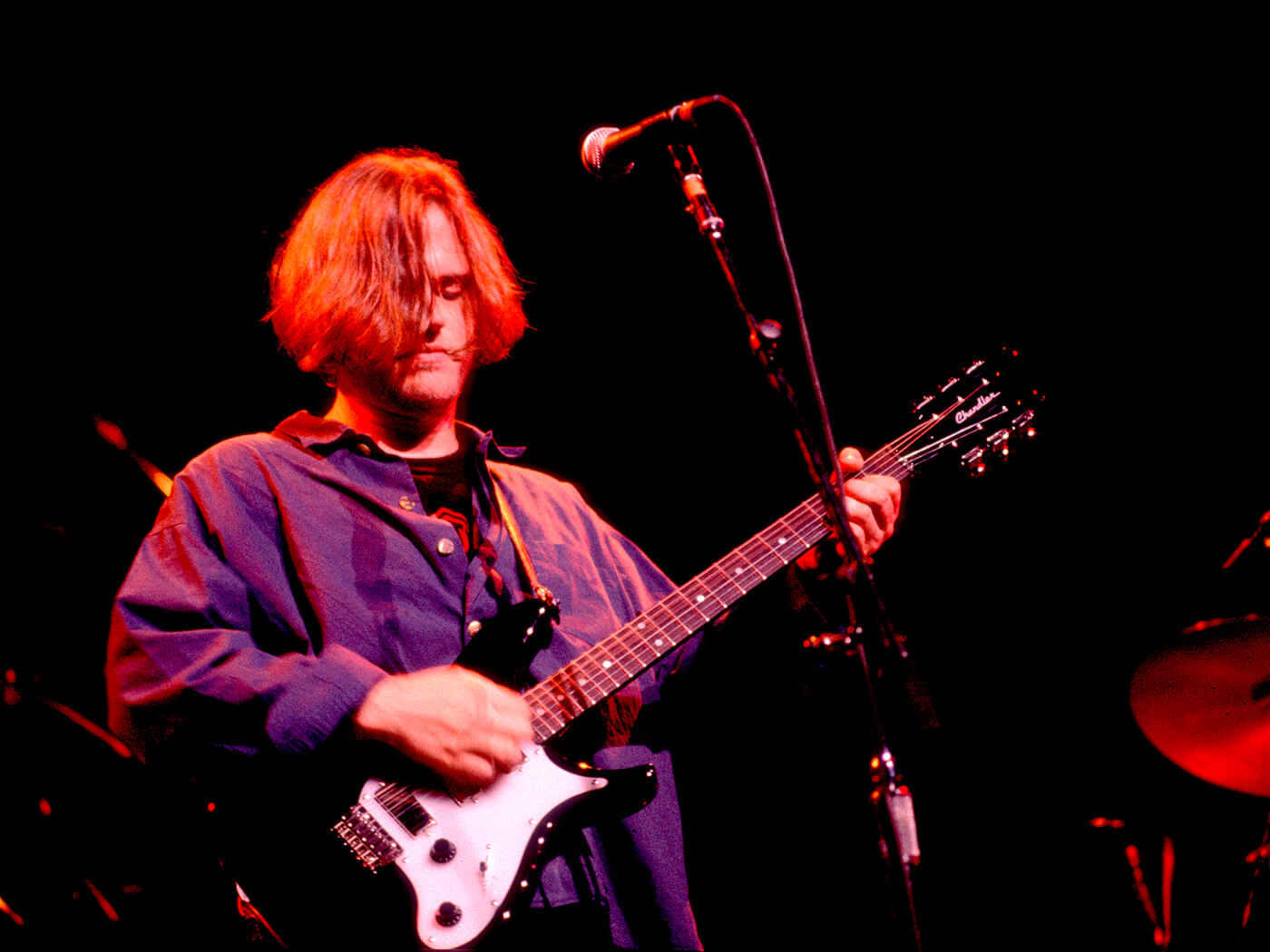 The ‘sophomore slump’. The ‘difficult third album’. There’s no shortage of handy clichés rolled out to characterise the supposed challenges an artist after that first flush of success… but Matthew Sweet didn’t even get to that first base in the first place.

Sweet, Nebraska-born but also a college years scenester in Athens, Georgia (in the REM era) was sipping from a half-empty glass in the last chance saloon when he made his third album Girlfriend. After a few years in various non-start band projects, his first two solo albums had resolutely bombed. There was no doubt of his songwriting talent on his debut Inside (1986), but it was hamstrung by sounding sooo 80s. It didn’t help his debut that Columbia Records managed to get 10 different producers to work on it at 10 different studios. Despite the calibre of desk-masters Scott Litt (REM) and Ron Saint Germain (Sonic Youth, Bad Brains), perhaps it was Stephen Hague (Pet Shop Boys) that was the most notable: the album was submerged in a gloop of 80s synths that didn’t suit Sweet at all. Columbia then had the nerve to drop him.

1989’s Earth was better, with Inside producers Litt and Fred Maher retained. Crucially, the latter even got Robert Quine (veteran of Richard Hell and Lou Reed’s bands) and Richard Lloyd (Television) in on additional guitars, but this time the songs were kind of forgettable. It was for A&M Records this time, but they soon binned Sweet, too.

Hitless. Label-less. Could things get any worse? Well, how about wifeless? Married at 19, Sweet and his wife had been together six years and were by 1989 living in a Princeton, New Jersey house… but she eventually tired and moved back to NYC. The only upside? It left Sweet more space in which to demo a make-or-break third album…

…or ‘three is a magic number’ are clichés that better suit Sweet. With seemingly nothing left to lose he stripped things back to a minimum in 1990. Co-producer and friend Fred Maher still had faith in him, so did occasional collaborator Lloyd Cole. Quine and Richard Lloyd were still delighted to splatter deranged lead guitar over Sweet’s pristine songs.

Tom Petty’s Full Moon Fever became something of a benchmark, as it saw Petty dump the 80s production of ex-Eurythmic Dave Stewart (albeit for the polished Beatleisms of Jeff Lynne). But there were bigger classics that inspired him. “The White Album (The Beatles) was very much a sonic model for Girlfriend; Fleetwood Mac’s Tusk is another,” Sweet said. 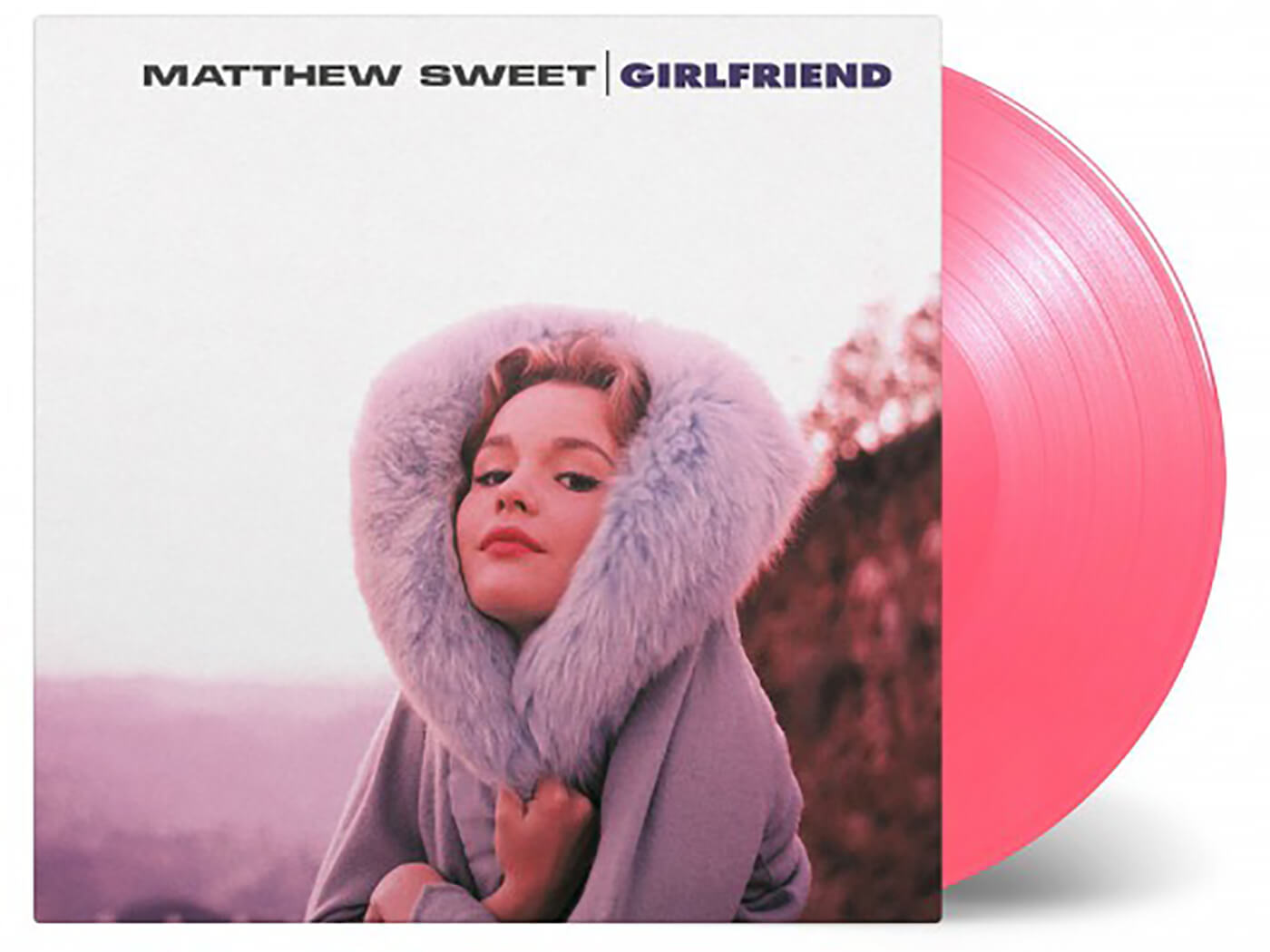 The multi-instrumentalist Sweet later recalled, “I set up drums in the main living room, and I started playing them on my demos. I sent those to (manager) Russell Carter, and he said, ‘It reminds me of Crazy Horse and Neil Young.’ And I said, ‘I know, my voice is really high and weird.’ And he’s like, ‘No, the vibe of it.’ He sent me a bunch of Crazy Horse stuff, and I was like, ‘Fuck, now I understand what he’s saying.’”

“Organic” was another watchword for Girlfriend but in its sometimes raw and rough performances, don’t think that Sweet, co-producer Maher and engineer Jim Rondinelli were naive enough to say: ‘let’s play it all live, like a gig.’

“Trying to record live in the studio just sucks up energy,” Rondinelli told the Chicago Reader, “and stuff that seems endearing in a real live performance just doesn’t keep well.”

But they still wanted plenty of ‘performance’ aspects though, so the idea was, in its own way, quite radical. There was very little editing of basic backing, no ‘punching in’ of crisper-played chords in any particular verse, and whatever the musicians played would be showcased as performances – the songs were largely constructed from full, song-length recordings of the different instruments.

Drum track; a few takes, use the best one in full. Super-crisp rhythm guitars and bass (the latter all by Sweet); the same. The lead guitar/solos were somewhat different (be it by Quine or Lloyd, they never both play on the same track), particularly with Robert Quine. The late New Yorker was such an unpredictable soloist he never played the same thing twice, so his explosions were inevitable ‘comps’ from his four or five goes… and that makes them sound like some of the craziest solos ever. But it makes for a vivid, pseudo-live recording. To these ears, you can actually hear Ric Menck’s ‘Ringo’ drums slow down in the latter parts of Looking At The Sun. It all sounds wonderfully ‘real’. Divine Intervention fades out and then fades back in… due to a late call that Richard’s Lloyd’s falling-off-a-cliff one-take solo simply deserved full airing.

Another big-finger to 80s production? No reverb was used. Cavernous, crashing drums and echoey solos were definitely out. Instead, Sweet and his production team used loads of compression. The result is that every instrument kind of sounds equally loud. And it was loud.

It’s a triumph of crafted spontaneity, if that makes sense.

One of the great things about Girlfriend is Sweet’s own songs. Despite his divorce, you don’t quite know if the love songs are about a happier time before, a happier time now, or even if he’s the lyrical protagonist.  The miserable ones, though, we probably guess are very much a Sweet perspective in 1990. He originally wanted to call the album Nothing Lasts, tellingly.

“At the time, I tried to explain that none of it was exactly autobiographical,” Sweet later reflected. “That everything could be looked at in a couple different ways. You Don’t Love Me might be a song my wife was singing to me – you know what I mean? But I felt those feelings, and so I was working that out in a song. Whereas something like I’ve Been Waiting was really like a brand-new, untouched fantasy of how it could be great to fall in love or whatever.”

Sweet also originally wanted to record it all at home in New Jersey. Until he got worried he’d really upset his neighbours. Co-producer Maher booked Axis Studios in Upper Manhattan again, where parts of Earth were cut: “as cramped and difficult a place to make a rock record as his small house.” Despite Axis being owned by French producer and Kraftwerk sidekick François Kevorkian, Sweet baulked at most of the digital tech on hand. Maher recalls, “It was all 24-track tape. Parts were mercilessly bounced together, with no way back.”

The guitars and amps on Girlfriend were predictably classicist. Being a Beatles nut, Sweet inevitably likes Epiphone Casinos and his Gibson Hummingbird acoustics, plus his Gretsch electrics. He also used Fender Jazzmasters (these days, he’s a big fan of arch offset reinventor Dannis Fano’s Novo guitars). Both Lloyd and Quine relied on their Fender Strats and the amps were by Vox, a SansAmp (for Quine), and various other vintage Fender valve amps. Mic’ing was predominantly via Shure SM57s.

An alternative to grunge?

Of course, by the time of Girlfriend’s release, Sweet’s nods to The Byrds, Big Star, Crazy Horse, The Beatles melded by warped power pop were hardly de rigueur. It emerged in all its tuneful retro finery in the grunge era.

But Girlfriend finally kickstarted Sweet’s career – cannily new label Zoo Entertainment/BMG marketed the album as if it were a debut. It was neither a flop, nor a huge hit: it made it to No. 100 on the US album chart (that was good for someone who’d previously not even grazed the Top 200), but mostly by word of mouth it eventually went Platinum. Not a bad showing for an LP released just a month after Nevermind. It laid the groundwork for his equally strong Altered Beast (1993) and 100% Fun (1995). Sweet was not hard rock, but he rocked hard. And with the occasional weeping ballad such as Winona or You Don’t Love Me (powered by Greg Leisz’s masterful pedal steel) he could do ‘sensitive’ without sounding like he was simply moaning. Though perhaps grunge helped Sweet more than at at first apparent: engineer Jim Rondinelli remembered how, post Nevermind, “people were scrambling to find music that was guitar-driven, loud and edgy.”

Karen Glauber of Hits magazine, a longtime Sweet-a-holic, reckoned that “Girlfriend is a perfect album. The songwriting and musicianship is unparalleled.” All Music rated it 5/5, Q and Rolling Stone gave it 4, while for Spin it was a 9/10.

For Sweet, its final long-road to successville was a relief… at least he didn’t get dropped. “To tell you the truth, I was mostly concerned that it would be my last album. I thought that if this just got left on the shelf, they wouldn’t let me make any more records…

“Having that history now, I can’t believe that I made it this far. I can still make records and somebody cares.” Panic over. In 2021, Matthew Sweet released Catspaw, his 11th album.