Up until the mid 1960s, the electric blues albums of Muddy Waters, Howlin’ Wolf, Little Walter et al that were released on Chicago’s Chess label and its Checker subsidiary were, for the most part, compilations of singles or live albums, aside from the occasional oddity such as Muddy Waters’ Folk Singer acoustic session. Hoodoo Man Blues was an entirely different animal.

Recorded over two sessions on 22-23 September 1965 for producer Bob Koester’s Delmark Records label, the record was the album debut for Memphis harp virtuoso Junior Wells, a Chicago mainstay who had replaced the imperious Little Walter in Muddy Waters’ band in the 50s (that’s his harmonica on Mannish Boy). It marked the first time a Chicago artist was given the creative freedom to pick their own band and record material free from the three-minute constraints of radio-friendly commercialism; it was also the first attempt to transplant the sound of the city’s South Side clubs to the superior acoustic environment of the recording studio.

Wells chose now-legendary bassist Jack Myers, jazz-schooled blues drummer Billy Warren and guitarist Buddy Guy for the session, a well-oiled line-up who knew each other and the material inside-out from playing Friday to Monday nights at local club, Theresa’s. When Guy asked Wells why there was no piano player, his reply was: “Less cats, more money. You in?” Because Koester mistakenly thought Guy was contractually obliged to Leonard Chess, the guitarist didn’t sing and was credited on early pressings as ‘Friendly Chap’.

Snatch it back and hold it

The band took full advantage of the freedom afforded them, and the Sound Studios sessions – masterminded by Wells – took a total of around seven hours. The one-shot, live feel is to the fore, with all four musicians uninhibited and raw, yet fully focused. On opener Snatch It Back And Hold It, they come flying out of the traps. Warren’s funky fat-back beat is decorated with taut, intricate outbursts and the band’s assured musicality showcases the horn-like expressiveness of Wells’ harp and the controlled mania Guy wrings from his clean Strat sound.

A few tracks in and Wells’ slow-burning In The Wee Hours dims the lights for the soloists to stretch out, Wells’ harp setting the scene with mournful, lingering trills while Guy alternates muscular minor-key partial chords with featherlight lead, barely touching the strings. The sparring continues throughout the instrumental We’re Ready, where each tries to outdo the other by coaxing unexpected tones and phrasing, and their uptempo take on You Don’t Love Me is a stepping stone between the Willie Cobbs original and the later Allman Brothers version.

By the time they get to the title track, Guy’s amp has temporarily given way. No bother – he just plugs into the Leslie speaker of a Hammond B3 to produce the guitar-into-organ sound we now know and love, and gets on with it. “Junior heard the sound and smiled,” wrote Guy. “‘Hey man,’ he said, ‘why not?’” 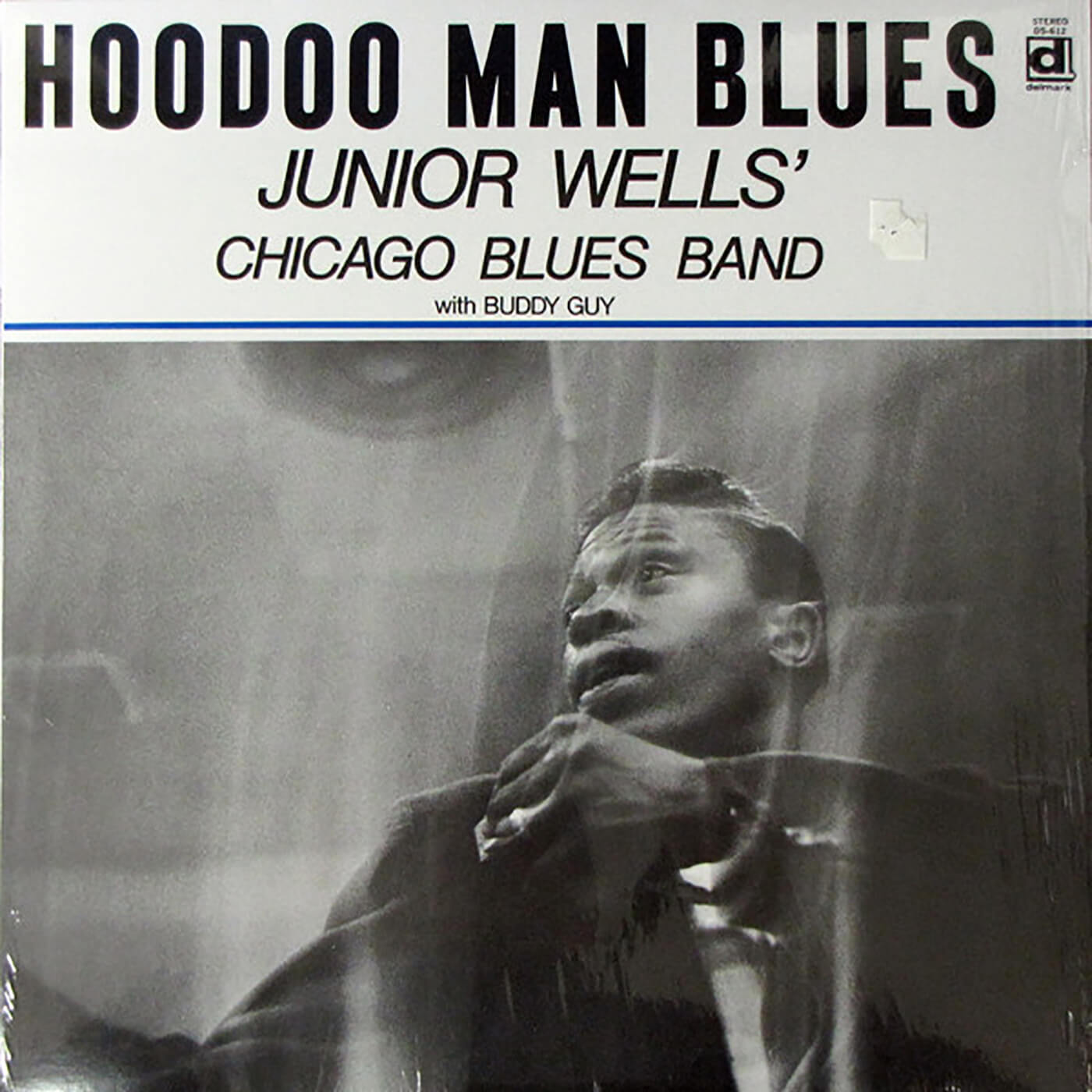 Elsewhere, their locked-in version of Kenny Burrell’s jazz classic Chitlins Con Carne rejigs the recipe on the fly to seal a set with amazing variety, a huge range of emotions on display and inimitable swagger.

Lightning in a bottle

The album announced a special musical bond to the world and the pair’s collaborations continued right up until Wells’ death in 1998. Hoodoo Man Blues was the record that Guy said “made the world see us as a team” and in his autobiography, When I Left Home, he reflected on the album’s enduring success: “Left to our devices, we could burn. Even though other labels would put me and Junior in the studio again, and even though we did good stuff, nothing was as good as Hoodoo Man Blues. They say you gotta capture lightning in a bottle, but with music that might happen only once in a lifetime.”

It was also a case of right sound, right time. During the next year, the British Invasion, Clapton’s ‘Beano’ album exploits and Paul Butterfield Blues Band guitarist Michael Bloomfield backing the newly electrified Dylan on Highway 61 Revisited energised record-buying audiences to the power of the electric blues, and Hoodoo Man Blues enjoyed a spike in sales, eventually becoming Delmark’s best-selling album. Over the years, the album has been cited as a touchstone of the genre, which of course makes it a foundational record of virtually any modern music. So if you haven’t yet heard it in all its raw and ragged glory, put it on – it’s the closest on record you’ll ever get to witnessing a club gig during Chicago’s golden age of electric blues.

In The Wee Hours