The Genius Of… Pink Moon by Nick Drake

Nearly half a century on, this stark final album from the ill-starred troubadour remains a fascinating enigma. 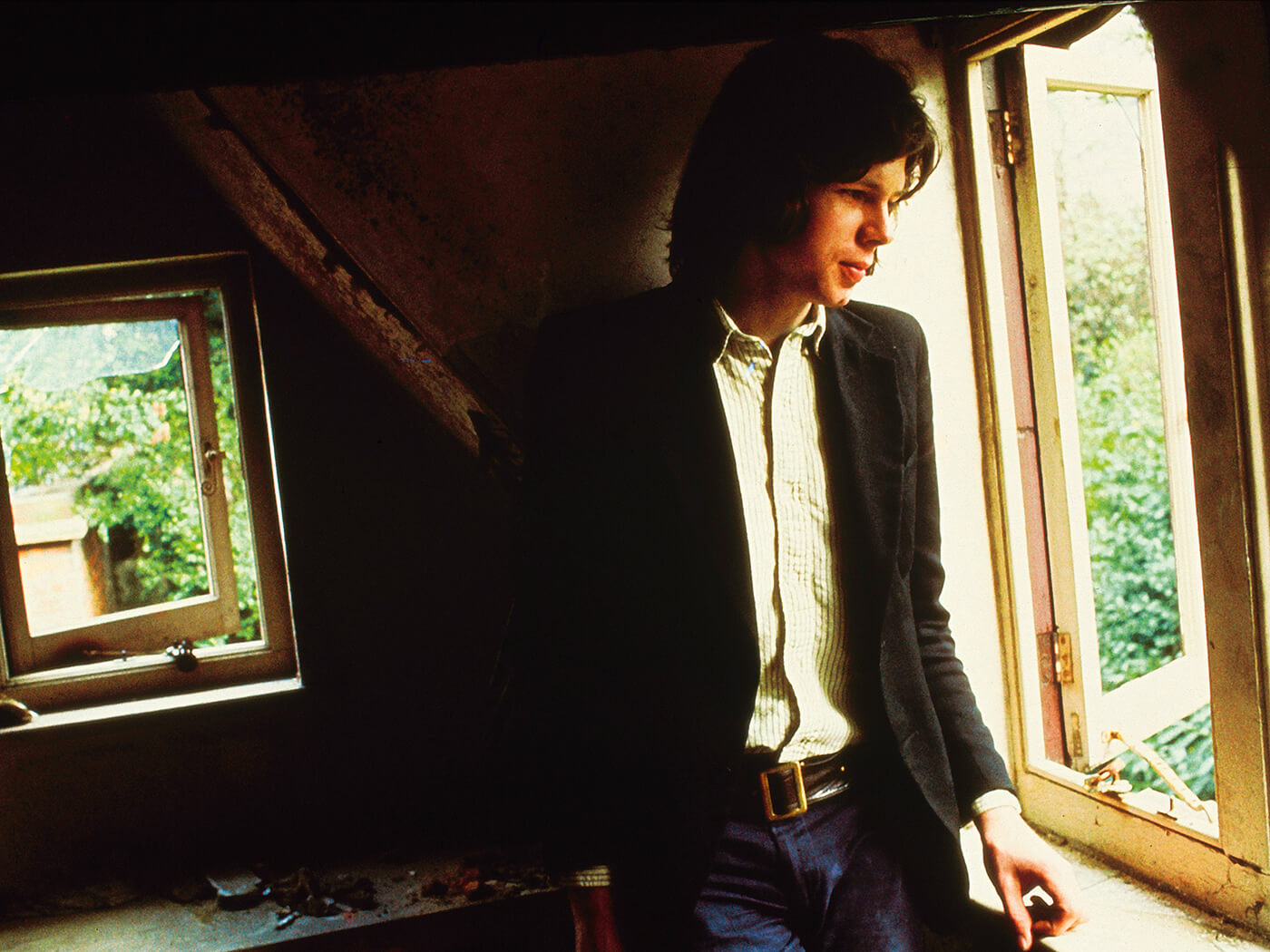 The man, the myth, the music

In our age of unwatchably bombastic rock biopics, the fact that there isn’t one about Nick Drake is telling. His sister Gabrielle has of course had offers to make one, on account of how suited his story seems on the surface.

Regardless of who would play him, how would such a film actually play out? While his oft-told story is desperately sad, it’s also lacking in conventional drama. More than that, it almost lacks a protagonist. Any attempt to film it would really be like filming only reflections, an empty space at the centre of events. Its star would forever be out of focus.

If it ever did happen, though, you could put money on there being a heavy-handed sequence glossing over the part where he learns the guitar. Perhaps they’d intercut a few shots of him listening to his mother playing piano at the family home, listening to João Gilberto, Miles Davis and Django Reinhardt, a montage of him swiftly surpassing the abilities of his guitar teacher… But it would inevitably underplay the importance of the instrument to him as a person.

As his producer Joe Boyd puts it: “He was always hiding… he stuttered, he was apologetic, he was hesitant in all things and all situations. And in a way, it was only when he had a guitar in his hands that he seemed physically confident.”

His guitar style is not only the key to understanding this uniqueness as a musician; aside from his oblique lyrics, the guitar was seemingly his primary mode of expression as a person.

After his great bid for commercial success, Bryter Later, was met with a slightly perplexed critical reception and commercial failure, Drake vowed to strip his sound down to its basic elements of guitar and voice. In the one interview with the press he did in his life, he told Sounds that for his next release: “I had the idea of just doing something with John Wood, the engineer at Sound Techniques.”

Reenergised by time recuperating in Chris Blackwell’s villa in Spain, Drake returned to London in October 1971 and recorded the entire 11-track, 28-minute album across two nocturnal sessions that began at 11pm. And apart from the luminous 10-second piano part he played on its title track, that’s all Pink Moon is – one man playing his guitar and singing.

Legend has it that Drake wordlessly dropped the album’s masters off at Island’s reception in a bag and scurried away. Island’s press officer David Sandison recalls that in fact, he saw Nick at the reception with the masters under his arm and invited him up to his office, where he stayed for half an hour before leaving. “About an hour later, the girl who worked behind the front desk called up and said ‘Nick’s left his tapes behind.’ So I went down and it was the big 16-track master tape and it said ‘Nick Drake Pink Moon’, and I thought, ‘that’s not an album I know.’” 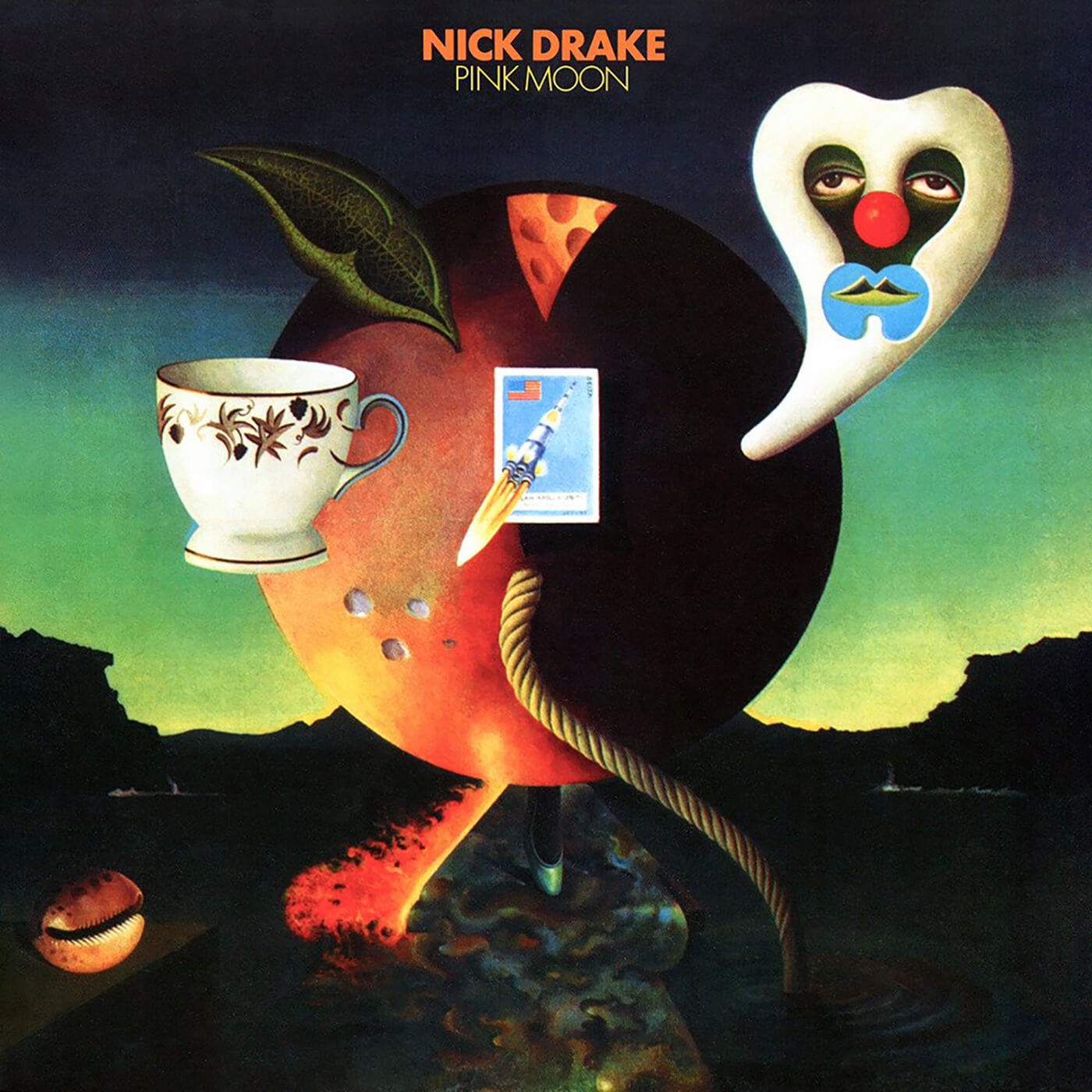 The press release that accompanied the album’s release recounted the incident, bluntly adding: “His first two albums haven’t sold a shit. But if we carry on releasing them, then perhaps someone authoritative will stop, listen properly and agree with us.”

By all accounts, Drake was a faultless studio performer, the fact that he rarely dropped a note testament to the hours he would (cue montage) smoke weed and repeat and cycle complex riffs in his dorm room at university, in his bedroom at Far Leys, in his bedsit in London. Despite the hours of hypnotic repetition this implies, according to Robert Kirby, a friend from Drake’s uni years who contributed string arrangements for his earlier albums: “Don’t think for one minute that Nick lacked artistic spontaneity. He could dazzle for hours with electrifying improvisations in many styles (including his own) and play many authentic blues styles.”

He was a musician whose music, for all its approachable outward simplicity, possesses a level of detail and inner complexity that renders it essentially uncoverable. As with his lyrics, there are so many paradoxes in his guitar playing alone: diverse alternate tunings facilitate simple, often single-finger chords; classical sensibilities meld with the physicality of the blues; the ambiguity between major and minor in his chord voicings hover, unresolved; he could orchestrate complex fingerpicking (Road) or just repeat four rattling notes (Know). That last song is even constructed of oppositions: (‘Know that I love you, Know I don’t care…’).

His producer Joe Boyd summarised his playing in the A Skin Too Few documentary: “When you listen back to the records one of the things that’s most extraordinary is the guitar. Because it’s so clean and so strong and all the notes are so equally balanced. It’s so unusual to have such complicated fingerpicking parts played in such a clear and strong way – every note – so that you really can construct the whole recording around the guitar.”

But with Pink Moon, there was nothing else to add. The variety Drake summons from the most basic tools at his disposal was there through all of his work – contrast the somnambulant strumming of Northern Sky with the tense attack of Black Eyed Dog as just one of many examples. But on his final album, the starkness of the setting brings it into focus.

Fortuitously, his most famous song, Pink Moon is among his easiest to play. Tune to CGCFCE (low to high), capo the second fret and there are only a few simple shapes to learn: four are single-finger chords, two use just two fingers, the final one is all six strings, open. Try it –  the way it falls under your fingers is a testament to the economy of his musical approach: how its simple chords create complexity is a revelation.

At the other end of the scale, From The Morning, the last song on Pink Moon, is the  musicality of his guitar playing in microcosm. The song, played in CGCFCF tuning, again consists of a simple unhurried sequence of single-finger chords. It’s enriched by Drake’s varied timing and telling note choices, the highlighting of melody by using the dynamics of his picking hand, the vocal quality of the embellishments he adds, each unerring note as important in the song as the last.

In these two songs, he’s travelled from simple strumalong to idiosyncratic fingerpicking – along the way are all manner of tones, eight different tunings, clever rhythm changes… It’s also often overlooked that when he recorded, Drake played and sang at the same time.

Know I’m not there

“The more you listen to Drake,” wrote Mark Plummer in the May 1972 issue of Melody Maker, “The more compelling his music becomes – but all the time it hides from you… It could be that Nick Drake does not exist at all.”

In his memoir, White Bicycles: Making Music In The 1960s, Joe Boyd writes: “The music stayed within itself, not trying to attract the listener’s attention, just making itself available.” This is true even of Bryter Layter, Pink Moon’s lushly orchestrated predecessor, which was put together with a cast of musicians including members of Fairport Convention, The Beach Boys and John Cale – all of whom seem to stand apart from Nick’s guitar and voice, onlookers to some degree.

Drake’s headmaster had written much the same thing on his school reports; his fellow students at university echoed the sentiment. His was a lonely struggle, hidden forever behind an elusive personality, to some extent tragically unknowable, even to those who knew him best.

Now, thanks in part to something as blatantly commercial as a 1999 ad for a VW Cabrio, Nick Drake is everywhere. While he had no redemption in his lifetime, his legacy at least is assured. We may not have a terrible movie to help us understand him, but at least we have his timeless, shapeshifting music.