The Genius Of… Souvlaki by Slowdive

Slowdive were heavily criticised for their first album Just For a Day. They responded with a masterpiece – Souvlaki. We dive into the unforgettable dream-pop classic still adored three decades on.

Slowdive’s greatest crime was poor timing. The English shoegaze band’s second album, Souvlaki, might have made more impact on the world had it not emerged at almost the exact moment between grunge dying and Britpop emerging to conquer the pop world.

There was little room for ambient, dreamy guitar music in the minds of the music press at the time, which is perhaps why Melody Maker‘s Dave Simpson declared, “I would rather drown choking in a bath full of porridge than ever listen to it again.” but time has been more than kind to Souvlaki.

As the genre-straddling impact of shoegaze has become more appreciated in hindsight, so the legend of this revolutionary record has grown and grown.

Slowdive formed in Reading, England in 1989, consisting of guitarists Rachel Goswell, Neil Halstead and Christian Savill, plus Nick Chaplain on bass. The drummer’s seat was a revolving door for their first two years before settling on Simon Scott in 1991. The lineup set, the band would release their debut album Just For a Day in 1991 on the legendary Creation Records, but the critics were substantially unimpressed.

The pressure was on for their next record to win them more friends then – enter Brian Eno. The legendary producer came on board to help the band bring their sophomore LP up to scratch and it was a brutal process, the led them to scrap the first 40 songs created But after working with the esteemed Brian Eno and scrapping the entirety of their first 40 songs, Souvlaki was released in 1993 – and would define them as icons of British shoegaze.

Souvlaki gave us some humongous tracks: When the Sun Hits boasts scorching, anthemic guitar work from Goswell, Halstead and Savill, and Machine Gun layers chugging chords that go hand in hand with Scott’s drum work, providing a pop-ballad base. The album’s heavily distorted, echoey riffs and melodies create a sound that’s stretched and manipulated in the most delicate way, something that wasn’t commonly heard on the airwaves at a time when hair metal had only recently morphed into grunge. 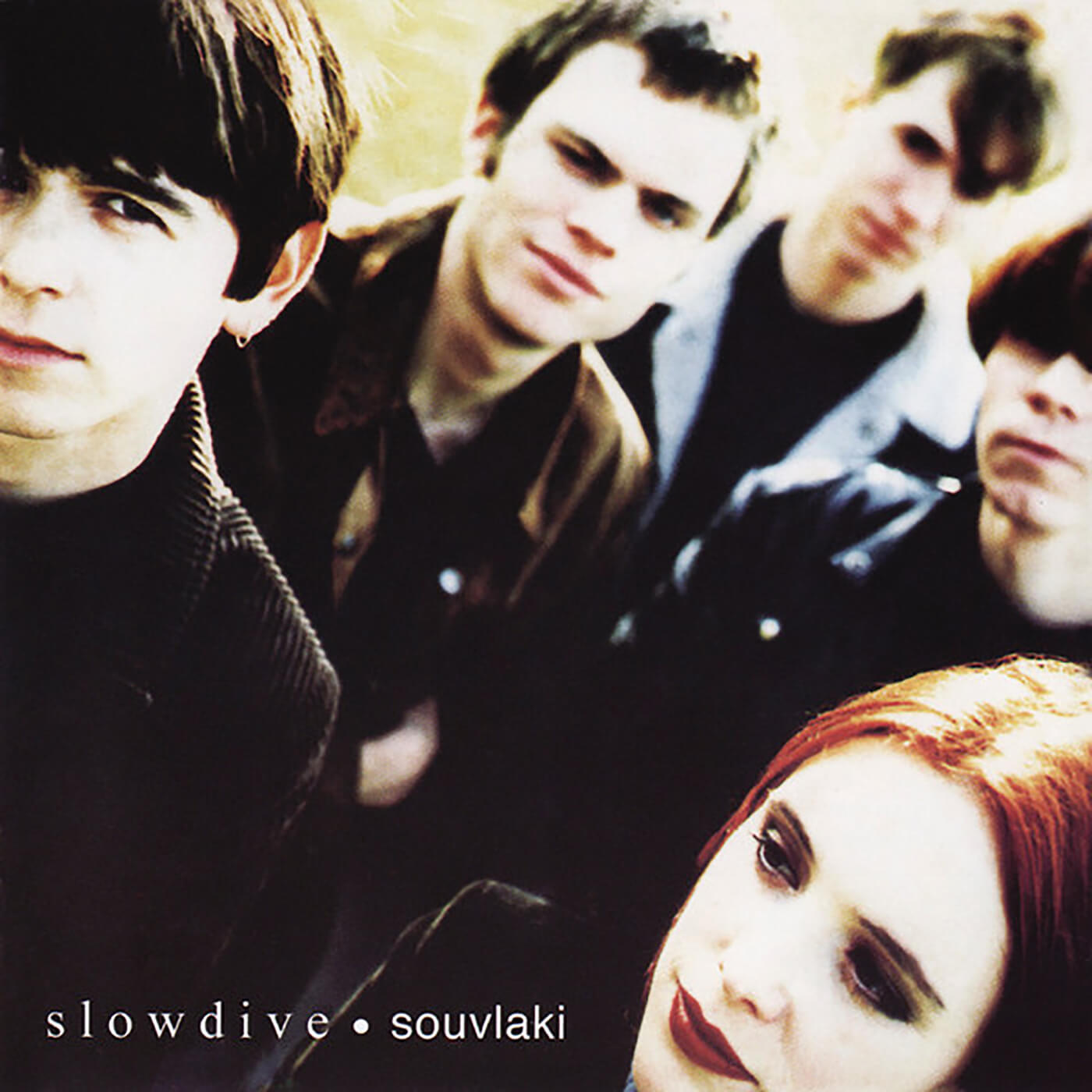 In the year of the record’s release, Goswell had a stripped-back setup and was known to play a Fender Telecaster, accompanied by a Boss OD-2 Turbo Overdrive and a Yamaha FX500 Multi-FX Unit. Halstead dabbled between a Telecaster and a choice of two Rickenbacker 360s – a six-string and a 12-string. Savill, meanwhile, leaned towards a Stratocaster. The trio experimented with myriad delay, chorus, phaser and overdrive pedals, often of Boss or Yamaha’s creation.

Goswell and Halstead’s vocals intertwine beautifully with the guitars throughout. There’s no belting or vibrato. Instead, solemn and breathy tones are perhaps what make this record so emotionally strong. There’s no need to force its power with loud vocals – it tugs on youther heartstrings and pokes at the corners of the brain without the effort, its emotion carried through the guitar and vocal harmonies.

One of shoegaze’s enduring impacts on the guitar world is the space it gave for female artists to step into the limelight and become icons in their own right, whether that’s Elizabeth Fraser of Cocteau Twins, or Blinda Butcher and Debbie Googe with My Bloody Valentine. In Goswell we found another.

Goswell began learning classical guitar at the age of 10. In 1988, she formed indie band the Pumpkin Fairies alongside Halstead and Chaplin. When that band dissolved, it would quickly go on to become Slowdive.

And it was never intended to be a one-woman show. When the band advertised for another guitarist they actively wanted it to be a woman. Savill responded to the a and even offered to wear a dress if it meant getting the gig, but the band took him on nonetheless – they said he didn’t quite have the legs for it.

The hazy music of Souvlaki has become an important artefact for modern shoegaze fans, and lovers of interesting and inventive ambient guitar – it remains the band’s most streamed album, and regularly features in shoegaze best-ofs.

Goswell, Halstead and Savill showcased the magic of what experimenting with pedals and effects can really do, and that guitar-led music doesn’t have to be all heavy riffs and shredding if it’s to stand out. 29 years later, it’s a testament to how the versatility of our favourite instrument brings endless possibilities, and how greatness isn’t always appreciated in its time.

When The Sun Hits