George Alessandro’s amps are hand-built creations of the highest pedigree. Dave Hunter finds out if the Crossbred Mutt is best in show. 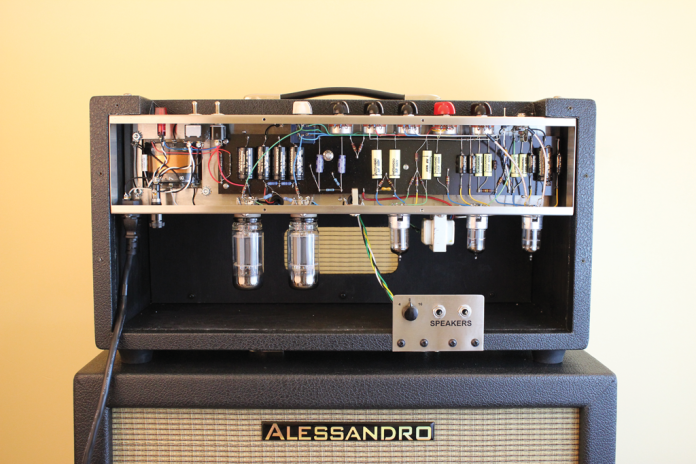 The first time I encountered George Alessandro and his impressive, esoteric amplifiers I was attending the 1999 Winter NAMM show as an emissary of this very magazine (which was titled The Guitar Magazine at the time). The unusual hardwood cabs and small-batch aesthetics drew me to his booth, and I spent some time playing a couple of his small- to mid-sized models – a Beagle, I believe, and maybe an English Coonhound. They were interesting for their use of octal preamp tubes, and sounded superb. I went away impressed.

Later, back at the office, we marvelled at some of the options that Alessandro offered in the catalogue I’d taken away with me. Not only were expensive audiophile Black Gate filter capacitors on the list, alongside AudioQuest Functionally Perfect Silver wire, but you could have your amp built with a solid silver chassis and, yes, even solid 24k gold, if you were willing to pay the price. Well, it doesn’t hurt to offer, right?

These amp models and more remain on what Alessandro calls his High-End range, but these days, this Maryland-based maker is also catering for the hard-working guitarist with his Working Dog line. 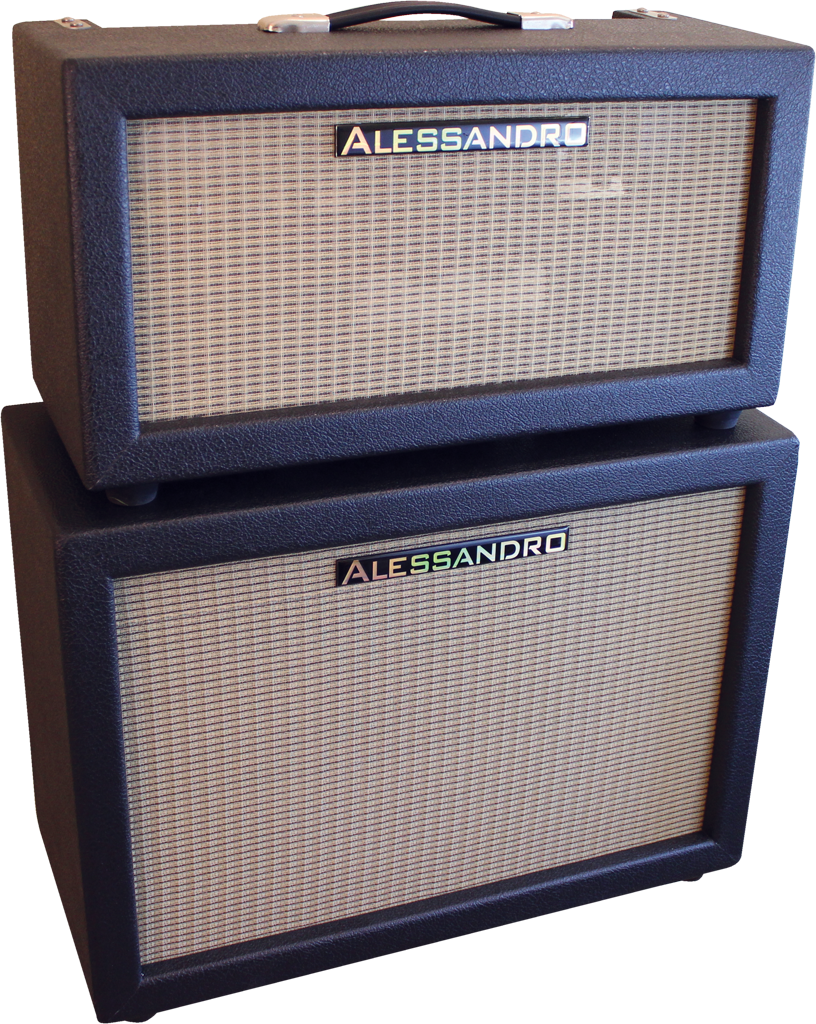 Billed as “hand-built, boutique-quality amps at affordable prices”, they are all that and more on the strength of the Crossbred Mutt that George sent to us recently. It’s a lot of amp for the money, and an impressive piece from any angle.

The Crossbred Mutt is an extremely straight-up amp, which is to say it doesn’t have the bells and whistles that attract some players seeking contemporary high-end valve amps. And that’s exactly the intention. This thing has been designed and built as a robust and uncompromising platform, with the aim of sounding great at any setting – and requiring no fuss to get there.

When asked of his inspirations, George told me: “It is entirely my own design, but sonically inspired and designed to fill the needs of vintage blackface and tweed Fenders, Marshalls and Voxes – and also Trainwrecks, which are basically Vox and Marshall again. It was to be a grab-and-go, versatile amp for working musicians, but ended up exceeding my expectations.”

The controls are simple: volume, reverb, treble, middle, bass and final output power (a voltage-reduction control rather than master volume), and there’s a jangly/creamy switch to re-voice it all at the front end. Approximately 40 watts of power comes from a pair of 6L6s in fixed-bias Class AB1, while two 12AX7s and a 12AT7 drive the preamp, reverb and phase inverter. Rectification comes from solid-state diodes. 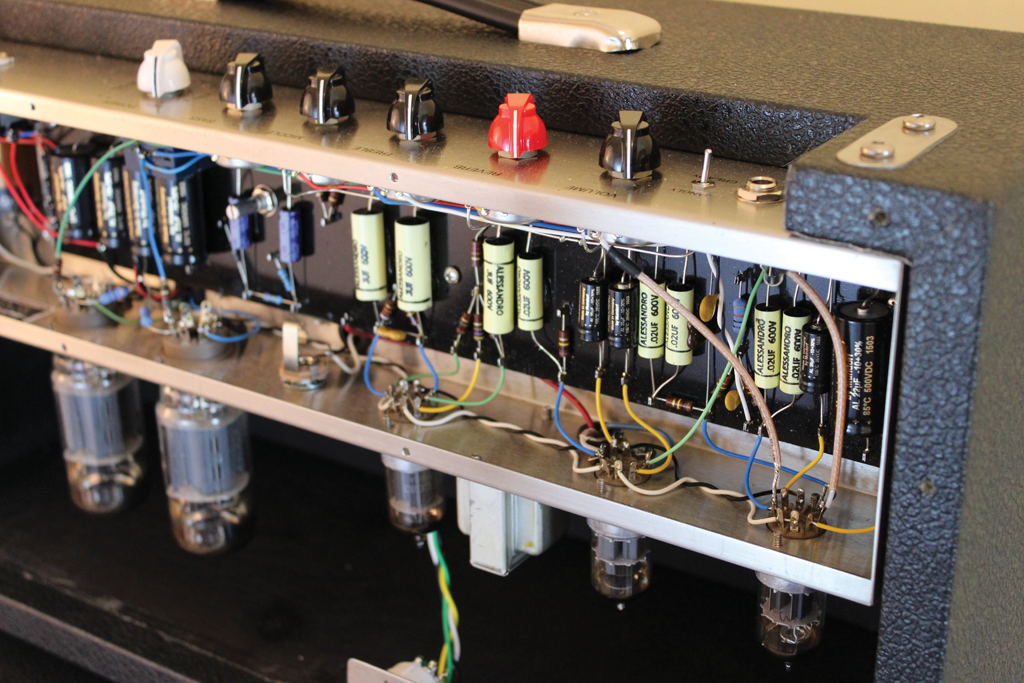 A look inside the chassis shows you right away, however, that this is much more than just “a simple amp”. First off, the workmanship inside this thing is utterly breathtaking (well, if you’re into that kind of thing, anyway, as I am). Not only is the wiring and board layout extremely tidy, but there’s a certain robustness and artfulness to it that really pops on first-hand examination.

Secondly, the components are all of the highest order one could reasonably expect to encounter in an amp at this price point, and arguably higher than any other I’ve seen at this level. Notice how just about everything has the Alessandro name on it? George has designed and/or spec’d virtually every component in here.

His coupling capacitors are chunky axial foil/mylar types of the highest possible quality (with looks reminiscent of yellow Astrons from Fenders of the 50s); the filter caps are elite-looking units made to his specs by Mundorf in Germany; the pots are large, sealed creations from Precision Electronics Corporation (PEC) in Canada, but made to Alessandro’s specified audio taper and rotation torque; the chassis and hardware are all non-magnetic stainless steel; the wiring is silver-plated and connected with eutectic solder; the power and output transformers are US-made parts of his own design; the circuit board is a sturdy epoxy-glass laminate made to beyond-military spec; and the cabinetry is all carried out in-house. 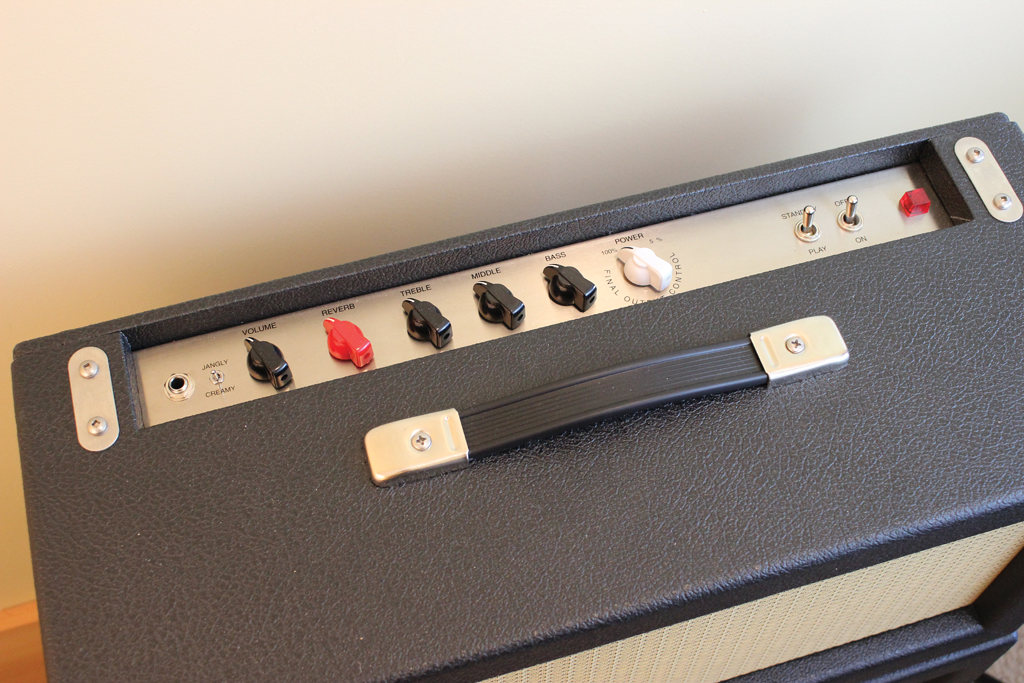 The Crossbred Mutt’s reverb circuit is a small wonder in and of itself. High-quality parts and a good transformer aside, it uses just a single 12AT7 and a relatively short spring pan. As we’ll hear, though, the results in no way represent a compromise.

The lightweight, easy-carry speaker cab contains another Alessandro-spec creation in the form of its AHEP Neo 12-inch speaker. Manufactured exclusively for his amps by Eminence Speakers in Kentucky, the Alessandro AHEP Neo is intended to shed the reputation that many speakers made with this efficient rare-earth magnet have earned for a cold, brittle response, presenting classic vintage-speaker warmth and responsiveness in a delightfully back-friendy package.

The cab itself is an open-backed construction and is designed for superior resonance and sound dispersion. It probably won’t hurt that the Alessandro Amp Three speaker cable (Ohno Cast Copper, patented geometry and $249 for a one-foot length, rising to an eye-watering $716.50 for six feet – not ordinarily included in the price of the amp) was thrown in to connect the head to the cab.

Tested with a Gibson 1959 Les Paul Reissue, a refin’d ’57 Telecaster and a Strat-like Lentz JR Reserve S, the Crossbred Mutt acquitted itself astoundingly well at every turn. Initially going easy, with the final output control up to maximum and the volume at a reasonable nine o’clock or so, this amp issued one of the sweetest, most toothsome clean tones I’ve heard in a long time. It is ‘big blackface’ for sure, but possibly with a little more juiciness around the note, and a textured depth that lends a lot of dimension to its impressive clarity. 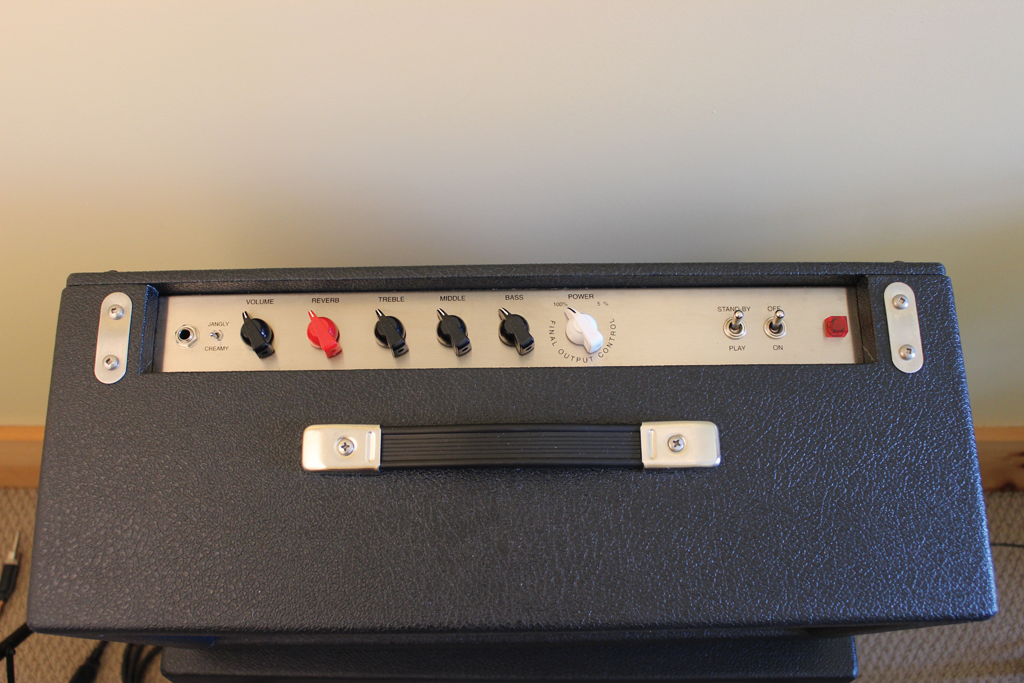 With the S-type and the Tele, the tone has classic Fender written all over it, but, as George says, hints at other, more esoteric leanings that enable an easy escape from that kind of pigeonholing. Through all of this, the jangly/creamy switch does what it says on the tin, making it a superbly handy flick-of-a-switch aural reconfigurator.

The reverb dials in evenly and with some admirable restraint, rather than going from too faint to too splashy in the rotation of half a digit. Up a little past noon (somewhere you never go on 60s reverb amps if you’re not looking to surf), it’s in its most lush and atmospheric sweet spot, but it goes further still without diffusing your core tone beyond recognition, and sounding just fabulous all the while.

The Les Paul brings out the high-performance nature of the amp more quickly at these relatively tame settings; with the volume up past halfway, though, and the power reduced accordingly, the Crossbred Mutt really begins to sing. 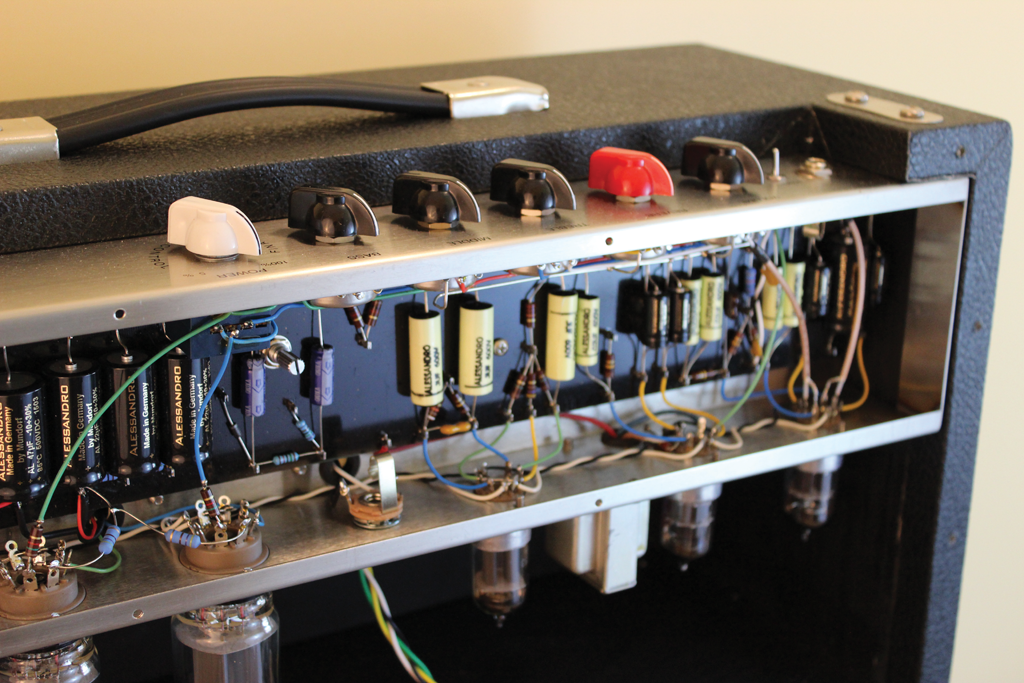 There’s girth aplenty here, and a creamy, tactile lead voice when you hit it hard, yet still a surprisingly robust clarity, and the ability to roar away without folding to low-end mud or midrange mush. At this point, I’m reminded of Alessandro’s “and also Trainwrecks” comment regarding his design aspirations: the Crossbred Mutt might be a deceptively austere amp, but so were Ken Fischer’s creations.

Like those, the apparent simplicity becomes a real boon when you crank up and go at it, guitar-into-jack – where the dynamics, tonal integrity and harmonic complexity of the amp really shine, revealing what a powerful performance tool a ‘no frills’ amp can be, when it’s built right. Now… how good must his current High-End amps sound?