The Satellite Amps Gammatron is a diminutive box with spartan design, but as Dave Hunter discovers, it’s a cranked-up tone monster. 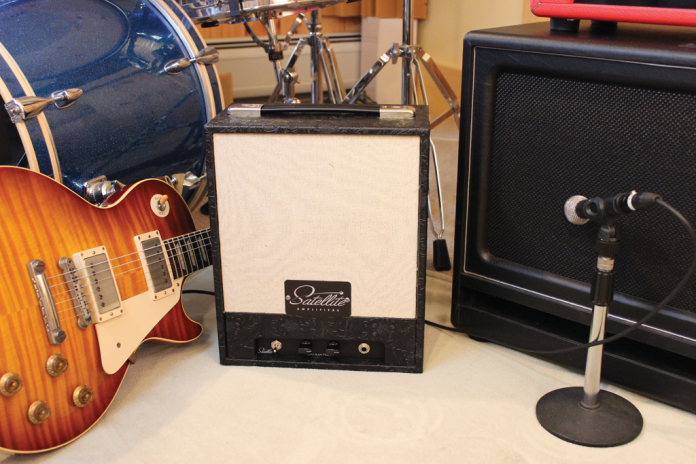 Fans of guitarist Jonny Two Bags from seminal hardcore outfit Social Distortion are likely to have twigged Satellite amps in the guise of the Atom that this grind merchant has sported for several years now.

The straightforward 4x EL84-based, 36-watter has won fans thanks to his endorsement, yet Satellite remains well under the radar among touted boutique makers, even with other notable players such as John Reis (Rocket From The Crypt), Ron Heathman (Supersuckers), and Dennis Casey (Flogging Molly) having joined the team. It’s hard to say why this might be, but this maker from San Diego, California, seems content to fly along on word of mouth, and busy enough in the process.

To wit, Satellite main man Adam Grimm tells me he has recently been inundated with orders for the company’s latest model – the diminutive Gammatron, on review here – and had 50 orders in a single month recently, which is quite the load for a small shop building custom hand-wired tube amps.

Will the added exposure of all those little Gammatrons soaring out into the world be enough to raise Satellite’s profile? We’ll see. Meanwhile, if you’re a fan of no-nonsense, wired-to-your-fingertips tube tone you might want to explore Satellite further for yourself… 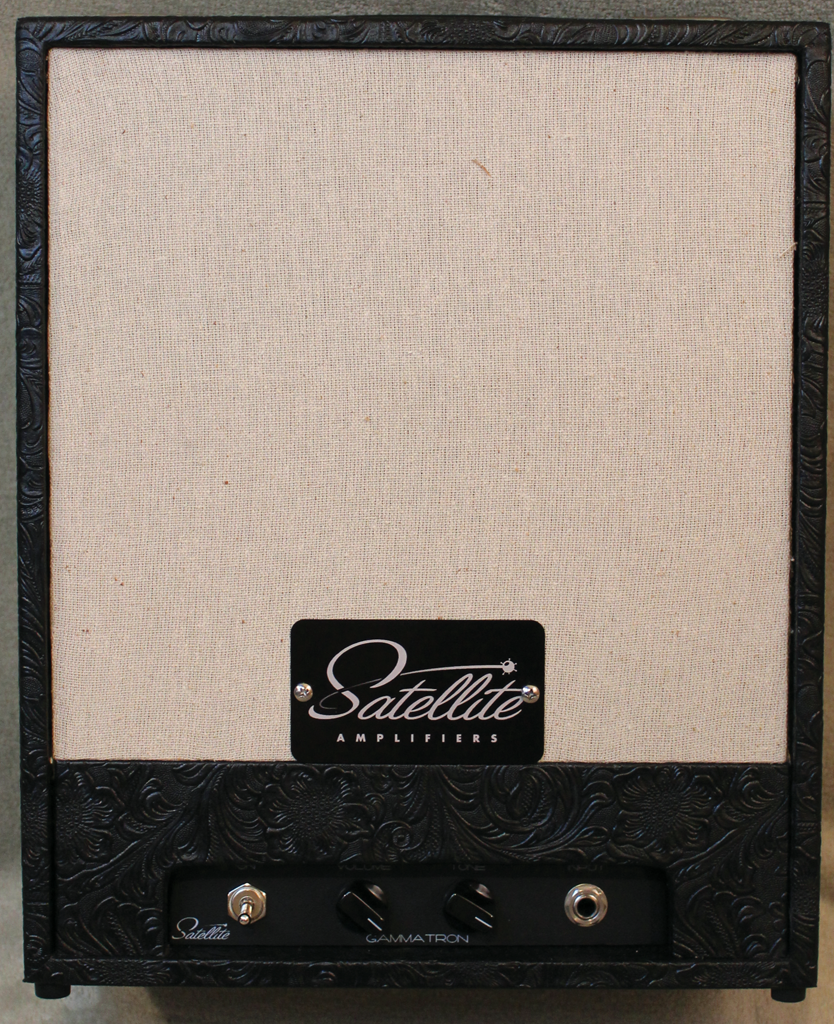 Like the flagship Atom model, the Neutron (the Atom’s 18-watt brother), Barracuda (a 45-watt dual-KT66 grinder), Mudshark (20 watts from two 5881s) and a handful of others all share Satellite’s ethos: simplicity.

You’d expect it from something like this Gammatron – and you get it – but the fact that seven of this little combo’s eight guitar-intended siblings carry only volume and tone controls in addition to their high and low inputs tells us something about Satellite’s purity of focus (Grimm has said he’s considering removing the tone knob from all of the above in future, so players don’t have so much control over his amps).

I’ve admired the same type of spartan design from the likes of Dr. Z, Benson, Goodsell and Matchless, and experienced the fact that often the less you cram in between input and output, the more tone you retain. Satellite amps go there, too, and none more so than this cute box of crank-up. This one doesn’t even have a pilot light (something I feel, frankly, it could use for the added couple of bucks in parts costs), but you’ll know it’s on soon enough.

Then again, the issue with the pilot light might simply be, “where would you put it?” The Gammatron is built into a rugged powder-coated chassis about the size and depth of a generous deli sandwich.

Hand-wired point-to-point, like the larger Satellites, it does use one terminal strip for support, but mostly exhibits components wired one to the other, like you’d find inside an old Gibson or Supro from the early days of amplification.

Capacitors and resistors are all top-notch, with carbon comps for the latter positions other than the power and output-bias stages, and just two Mallory coupling caps in the entire signal chain. The transformers are equally elite – custom-spec’d for the Gammatron’s needs and hand wound by Mercury Magnetics in California – and include a notably oversized output transformer (you’d mistake it for the power transformer before observing which wires go where underneath the bonnet). 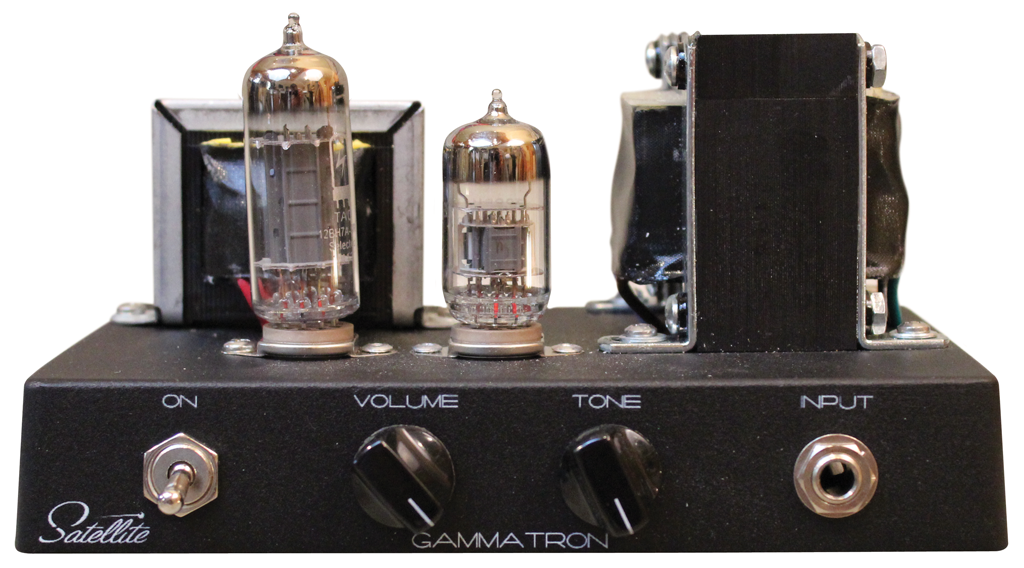 The tubes are a single 12AX7 in the preamp and a 12BH7 in the output, but other nine-pin preamp tubes such as a 12AT7, 12AU7, 12AY7 or 5751 can be used in the output stage with differing results, and the two can even be swapped. The speaker is a single 8-inch Celestion Eight 15, rated at 4 ohms, but I’m told the output transformer can happily handle 8- and 16-ohm loads.

Fired up with a Telecaster, a Les Paul and a Strat, the Gammatron revealed bags of pliant, responsive, harmonically rich playability. No, it’s not going to cut a gig un-mic’d, but it’s also a ton of fun through a 2×12-inch cab, delivering juicy, organic rock ’n’ roll goodness that makes you want to play and play.

Pushing this kind of air through the bigger speakers, the Gammatron’s 2.8 watts was enough to disturb the family downstairs from my attic studio above, and it positively roars with an Analogman Prince Of Tone or a Gas FX Drive Thru overdrive engaged.

Plugged back into its own 1×8 cab, however, the Gammatron returns to being truly bedroom-compliant, yet stick a decent mic in front and it tracks beautifully, with a thick, creamy tube overdrive tone that belies the tiny bottles inside.

As such, in addition to being a lot of fun in the ‘bedroom amp’ category (and one of the most affordable handmade-in-the-USA boutique amps I’ve ever found), it’s a great tone tool to stick in any application that might previously have demanded a Fender Champ, Vox AC4 or any other petite single-ended combo. 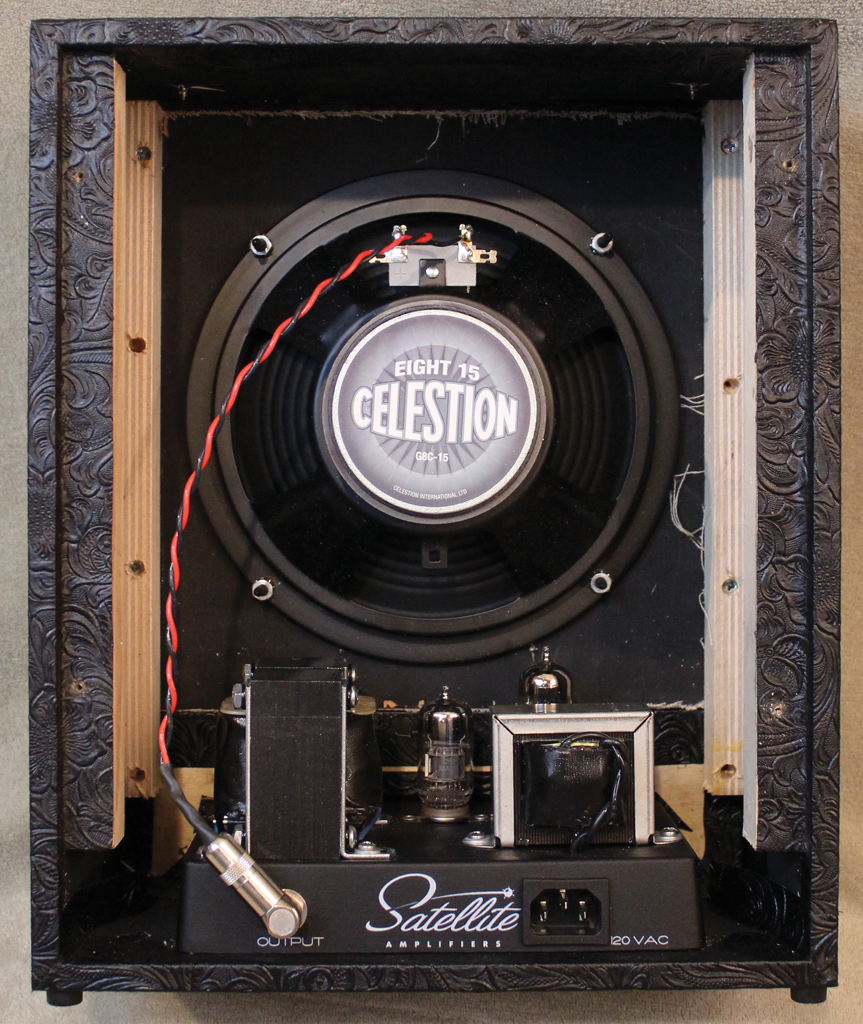 I’ve been playing a lot of larger amps lately, usually using an output attenuator or Fryette’s Power Station to rein them in. This is the first amp I’ve played in some time that I wanted to boost for much of my playing time, but that’s no bad thing.

When I got over my taste for raw volume, I realised how sweetly dynamic and trenchant the Gammatron’s tone really is. How, in other words, it encapsulates so much of what so many of us seek in a tube amp, without the need to rein it in. I will say that, fun though it is, the 1×8-inch combo version sounds inevitably rather boxy.

Can’t be helped. It’s still worth having for the cuteness factor, and the ability to just plug and play and keep volume to a minimum. Otherwise, the head option might do you just as well, stuck through an appropriate cab to maximise the Gammatron’s potential.

Then there’s the grin factor of using the re-amping function of something such as the Power Station or a Bad Cat Unleash to ramp up the volume to gig levels. Splice some higher-wattage, big-iron power to this touch-sensitive goodness and you’re floating on an entirely different sphere.