Boss’s Katana digital amps are widely acclaimed for their versatility. Here’s a look at the middle of the new MkII range, the 1×12 100-watt model. 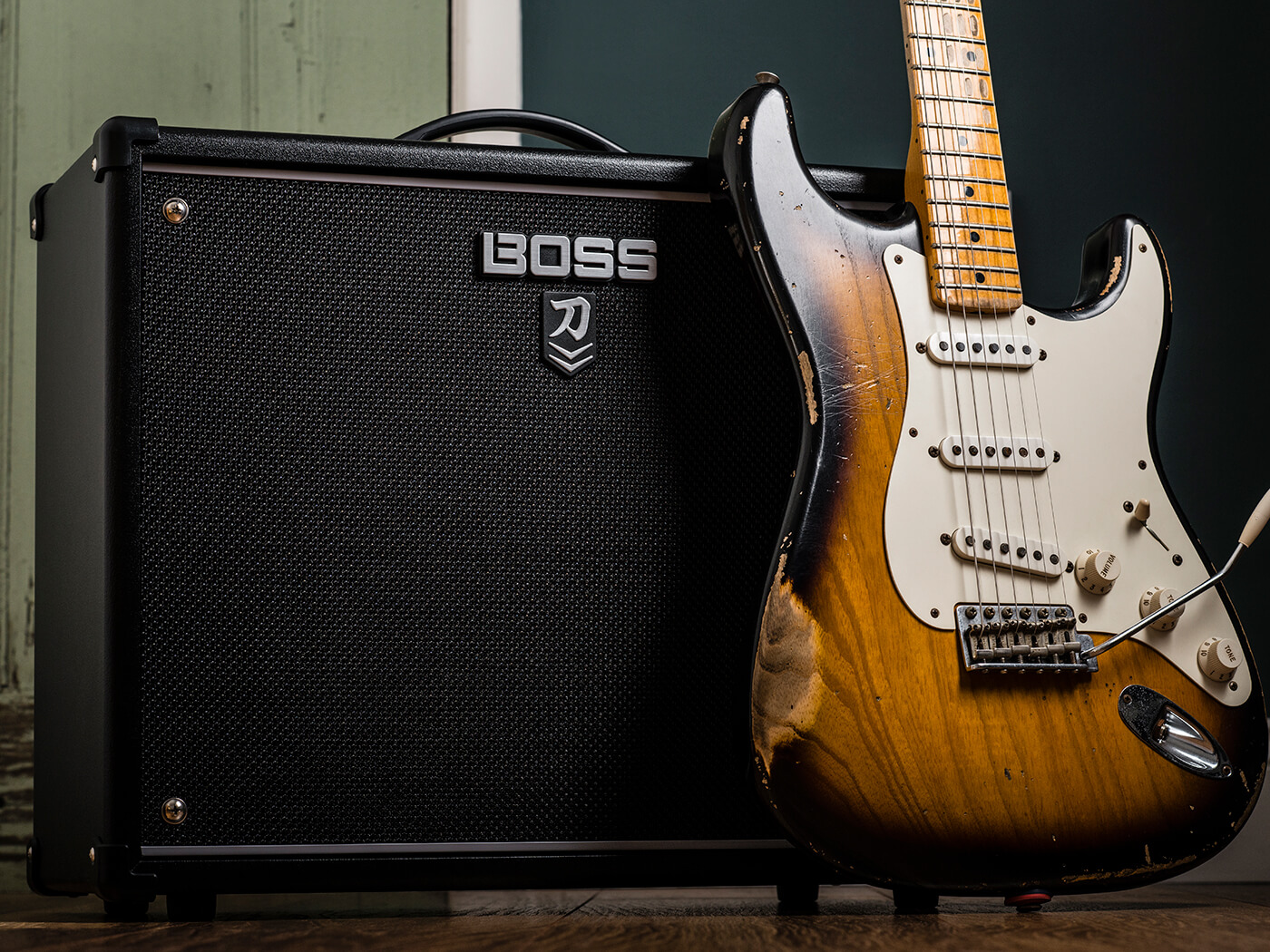 The most practical of Boss’s smartly improved digital amps

You may already have read our reviews of the Boss Katana-100/212 MkII and Katana-50 MkII digital combos with onboard effects and tone-editing via USB. If you haven’t, feel free to correct that oversight now – we’ll wait. And then you can come back and find out if this mid-priced option is a better buy than either of them.

On paper at least, the Katana-100 MkII could be the Goldilocks ‘just right’ model of the range: as a 1×12 it’s lighter and less bulky than the 2×12 combo, but it has some handy skills that the ultra-affordable 50-watter has to make do without.

First, let’s quickly go through the basic features that are common to the whole range. The really important stuff happens at the left end of the control panel. This is where you can switch between five different amp types, each with a ‘variation’ option for a total of 10 basic tones. That’s doubling-up on the original Katana offering, and there’s one other key difference: you can now run five effects simultaneously rather than being limited to three. 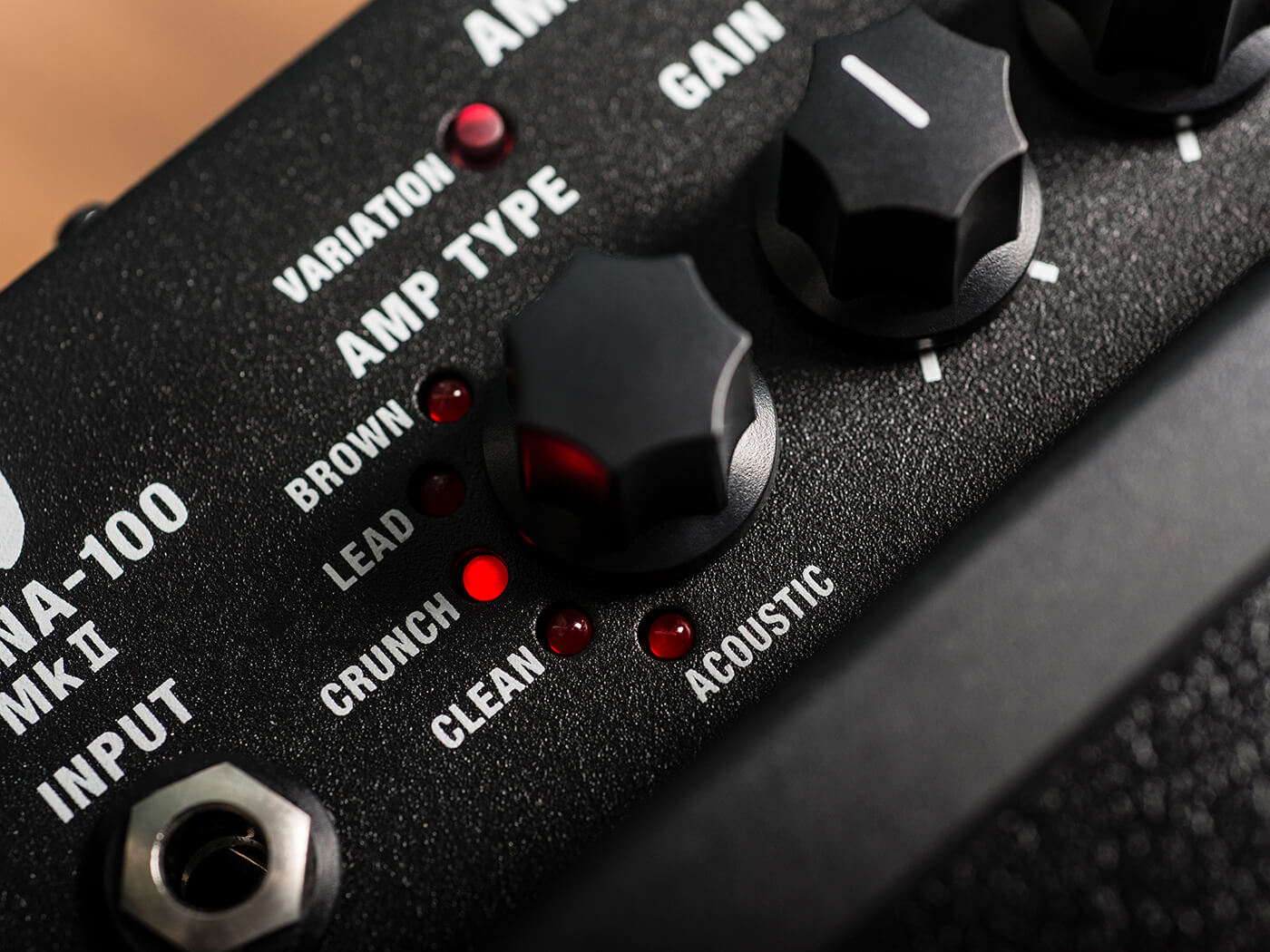 The other key part of this amp is the row of tiny buttons at the far right of the panel marked ‘tone setting’. These buttons call up preset sounds – complete combinations of amp and effect settings – that can be edited in depth by hooking up to a computer via USB and diving into the Boss Tone Studio software. That’s a free download, but be warned that the required cable – USB Type B, not the sort you’re likely to find lying in a drawer with your old smartphone – is not included.

If you don’t like the idea of having to prod at the top of your amp every time you want to summon your favourite lead tone or simply turn off that fruity ring modulator, you’ll be pleased to know the Katana-100 MkII – unlike its 50W sibling – is compatible with the Boss GA-FC six-way footswitch, making this a much more practical tool for gigging if you’re willing to stump up that extra £75-ish.

Round the back we also find a separate input for an expression pedal, an effects loop, separate line and headphone outputs (either of which can be used for DI recording) and the option of stereo pairing with another Katana-100. 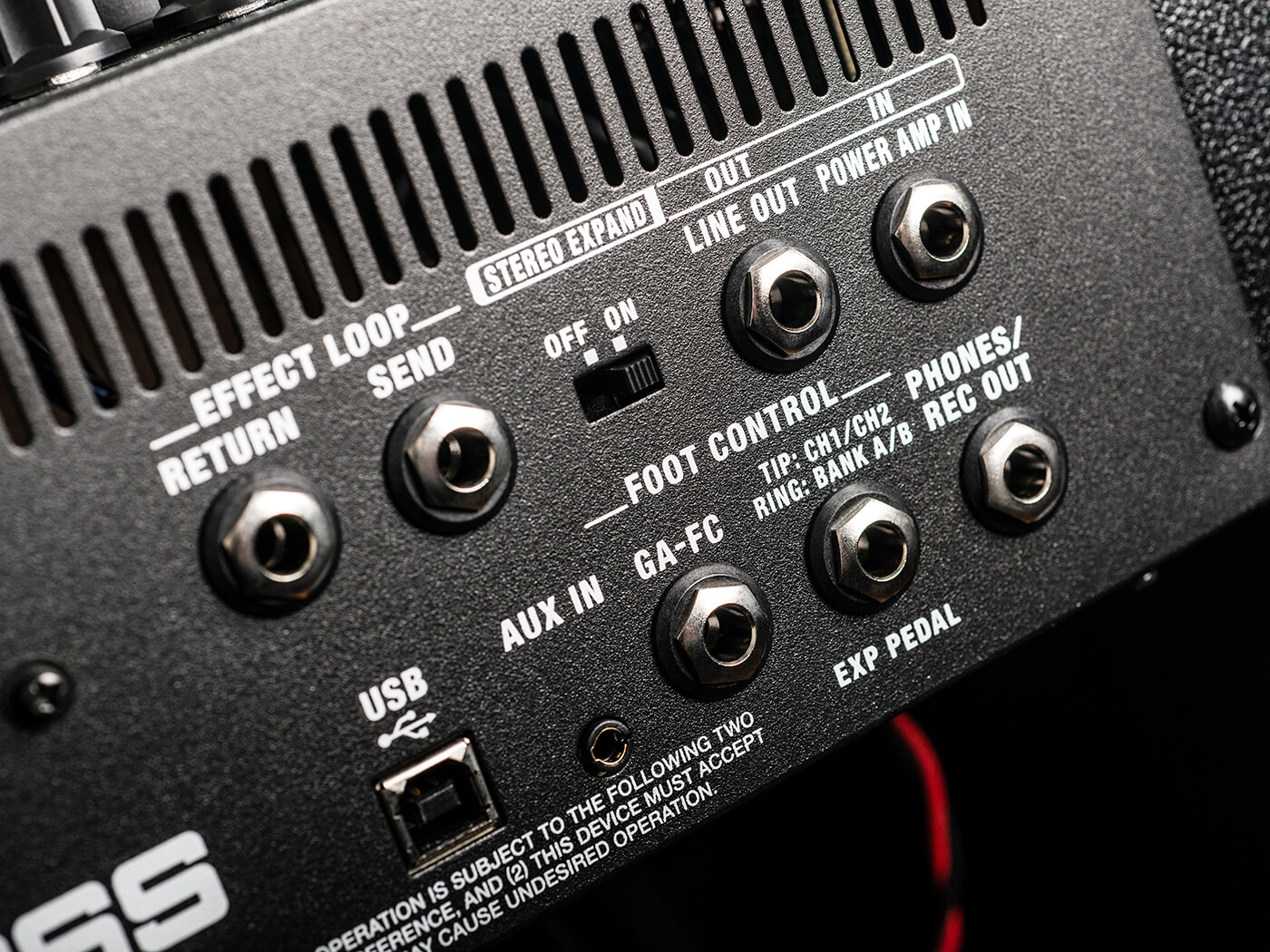 If you have read the other Katana reviews mentioned earlier, there are absolutely no surprises here. The cleans are crisp and clear, the high-gain sounds are fierce but tight, and the in-betweenies make a decent stab at emulating natural valve crunch.

Just as unsurprising is how this 1×12 amp compares to its 2×12 equivalent: it’s a fair bit smaller and it sounds… a fair bit smaller. The lack of depth in the low end means this combo will be less appealing to drop-D metallurgists, but at matched settings the single speaker seems to deliver more zing in the top end than the pair, which might actually suit some players better.

The effects, predictably, cover all the familiar Boss ground; the cool part is what you can do with them. The Tone Studio software makes it a doddle to create a custom five-effect pedalboard and load it up into one of the preset slots… then immediately create another one, using five different virtual pedals and a different virtual amp, to store in one of the others. 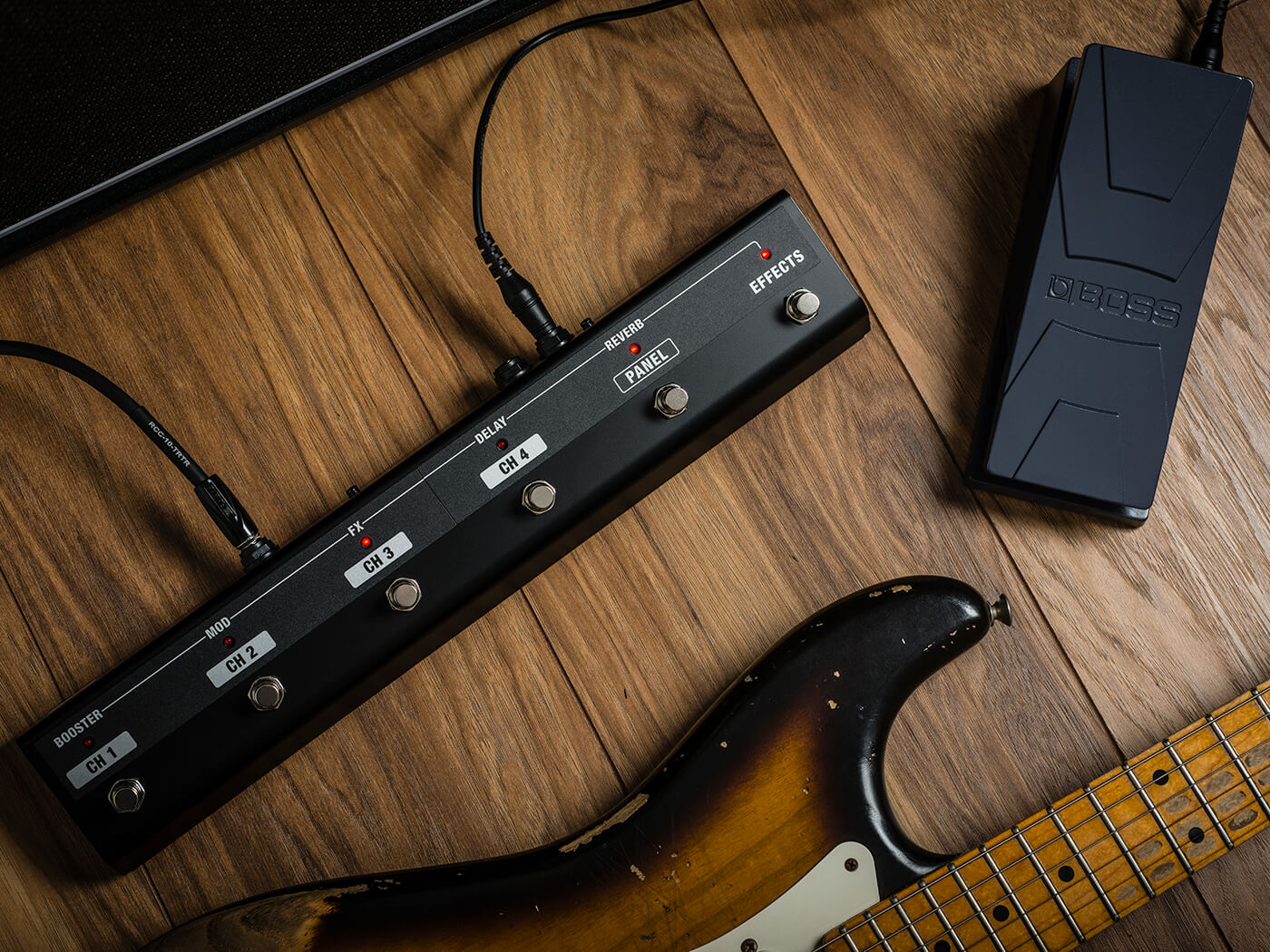 However, if you’re planning to use this amp for any kind of live work involving more than a couple of sounds, that GA-FC foot controller is not so much an option as a lifesaving necessity. It can be used either to flip between presets or to turn individual effects on or off, with a sixth switch for hopping between those two modes, and doubles the Katana-100 MkII’s likeability at a stroke.

The Boss EV-30 expression pedal is also worth considering if you can find another £80 or so (heck, it’ll do the kids good not to get any Christmas presents this year). By default it’ll work as a volume pedal, but if you’ve included a wah in your effects chain it can be assigned to control that instead.

There are plenty more tricks to explore on that busy rear panel. Having separate headphone and line outputs means you can DI into a live PA with the Katana’s speakers either muted or not; you can bypass the tone-shaping stages completely by plugging your favourite preamp (or multi-effects unit with preamp modelling) into the ‘power amp in’ socket; and you can plug an external audio source into the mini-jack aux input… 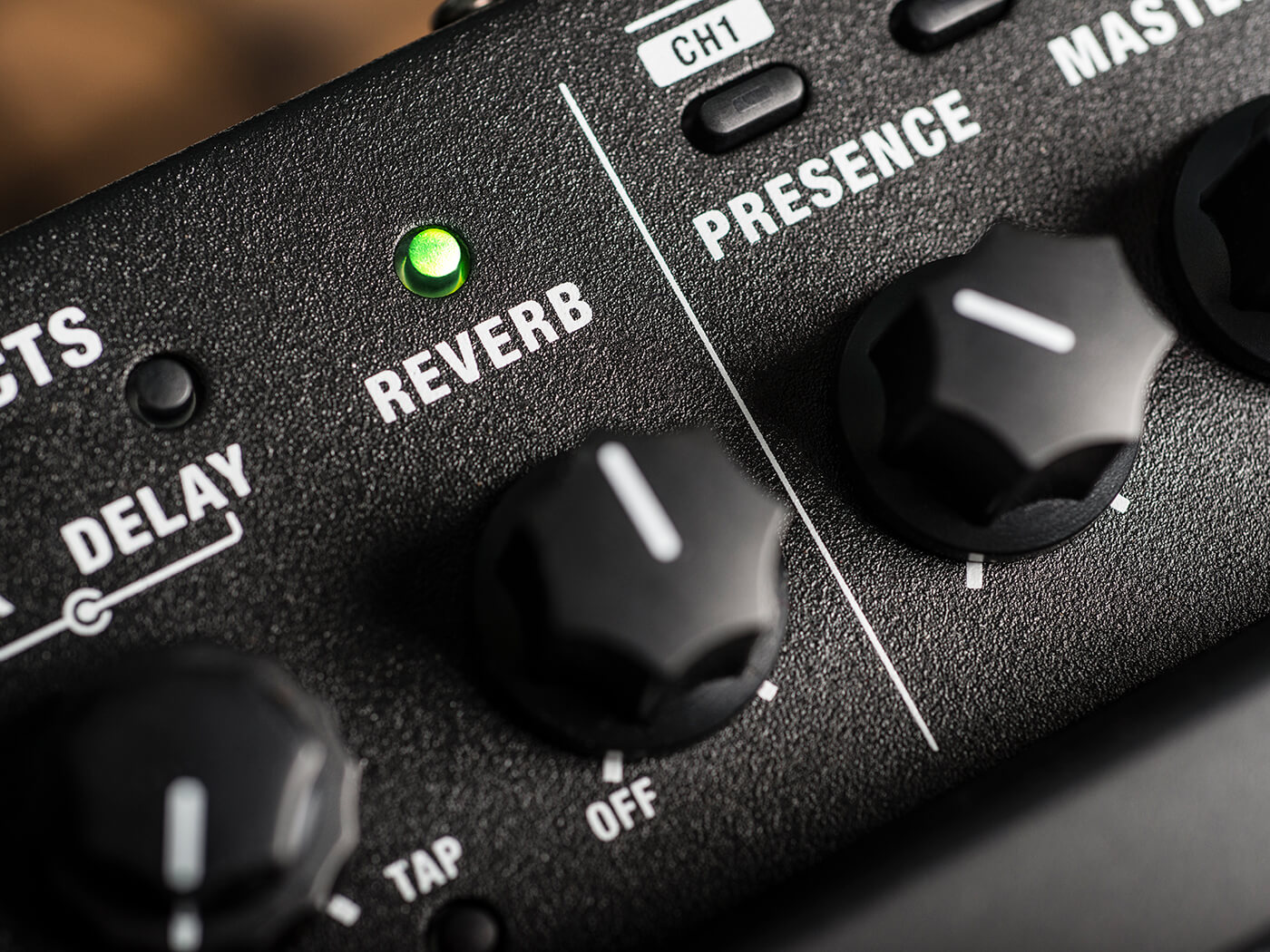 This seems like a bit of a throwback to the days of playing along to an iPod – surely Bluetooth would be more useful to most of us nowadays? – but connecting a sequencer here allows us to jam along in a way that makes us wonder what would have happened if Hendrix had ever met Kraftwerk.

Here’s one last trick: using two Katana-100s in stereo. Obviously people don’t generally buy amps by the pair, but that doesn’t make it any less fun to try. It sounds massive – and while the second amp is just acting as an extra output stage for the first one, rather than creating a genuine two-amp rig, there’s a surprise in store when we crank up the reverb: somehow, it comes through in full immersive stereo.

That’s a nice high note to end on, and a reflection of the ‘extra mile’ thinking that has made this Boss a more compelling utilitarian package than it might appear to be on paper. 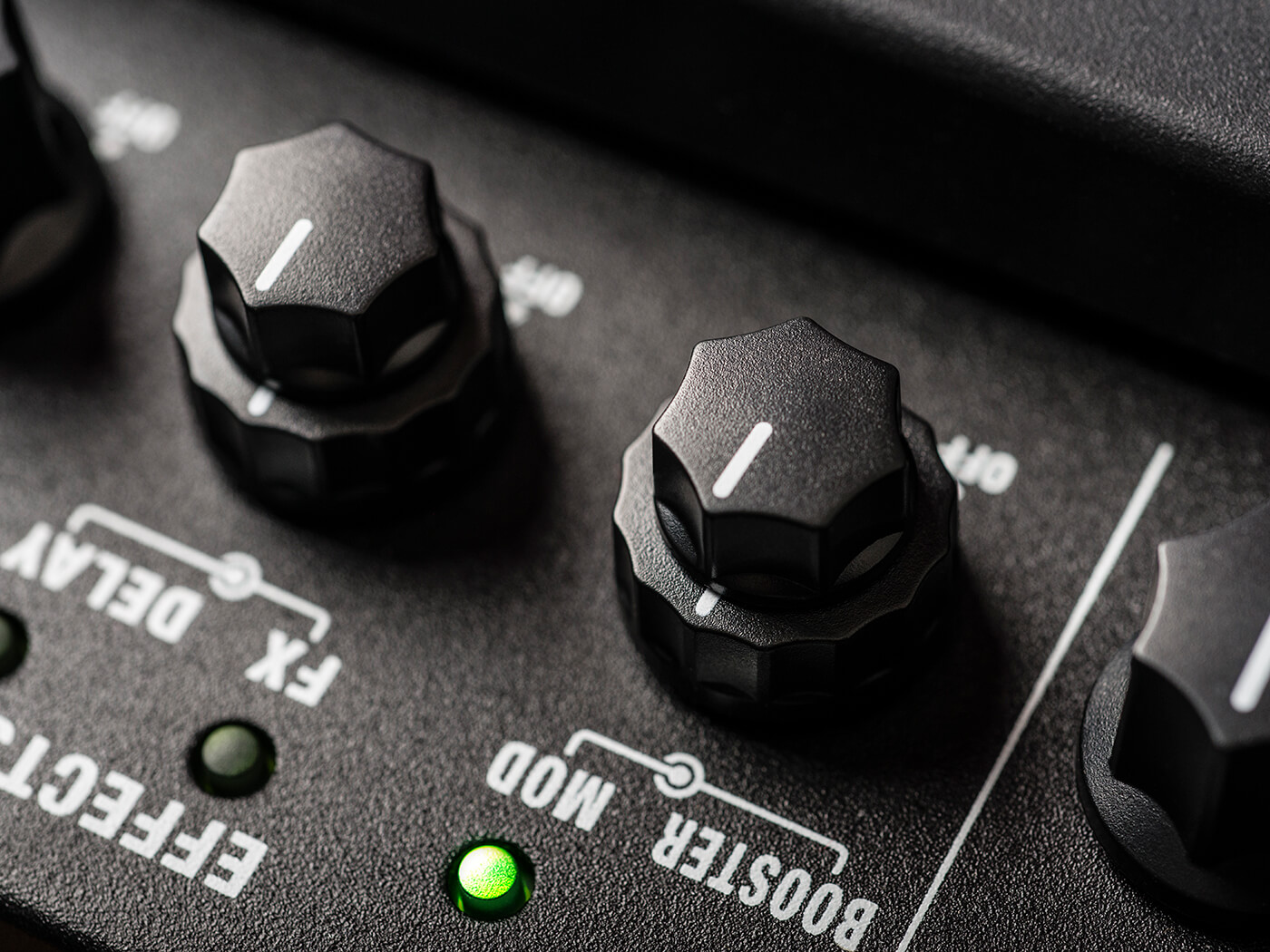