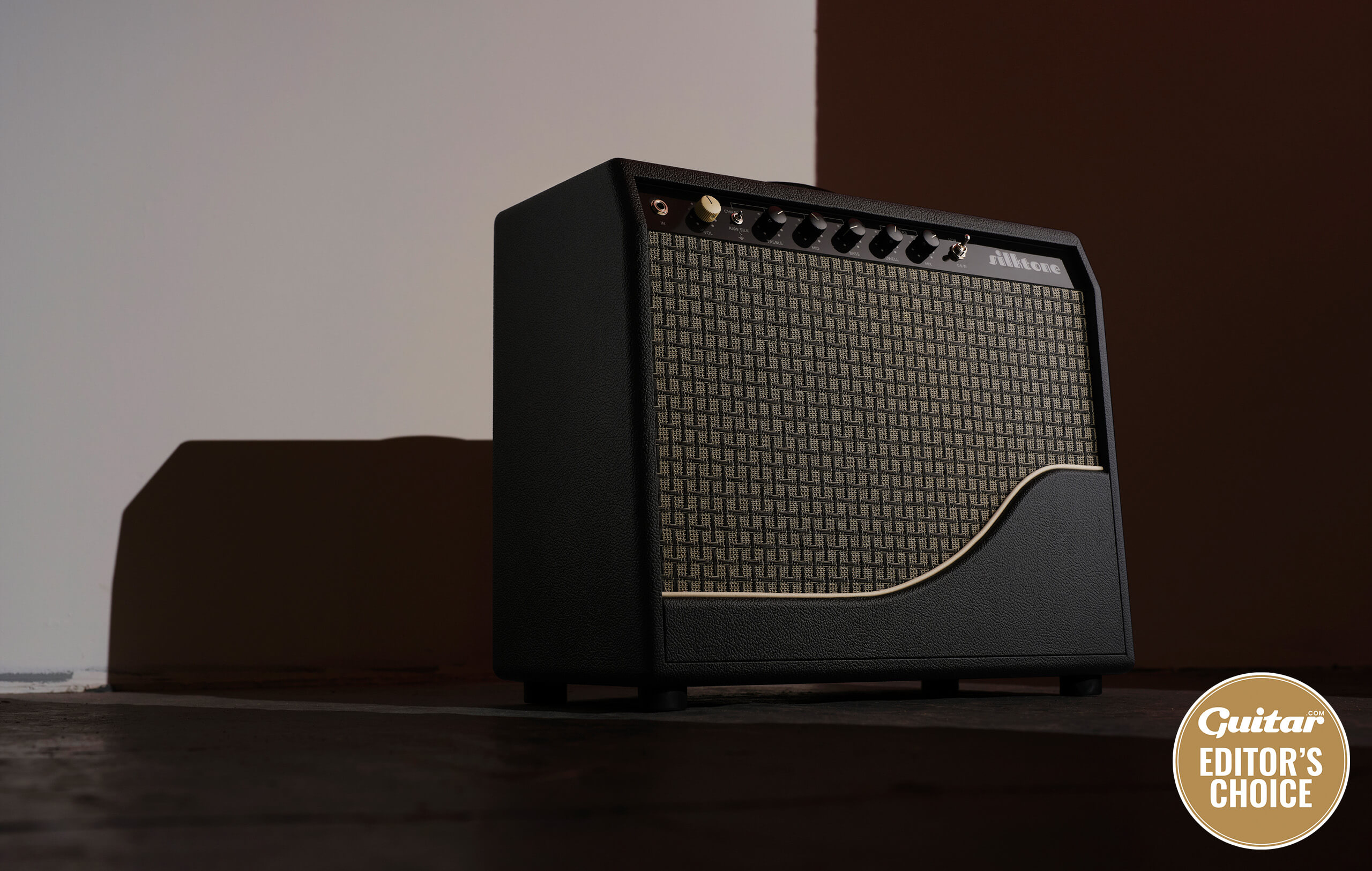 The Big Review: Silktone Amp KT66 – single-ended but many-voiced, is this the ultimate compact Class A tone machine?

Packing a single KT66 output valve, this American boutique combo promises top-quality sounds both clean and overdriven… along with some smart extra skills.

Little single-ended combos can be a lot of fun but they’re not like proper guitar amps, are they? Pushed for a desert island pick, you wouldn’t take the terrier-like bark of a Fender Champ over the full-scale three-dimensional tones of a Deluxe Reverb. Would you?

Setting aside the practicalities of finding reliable mains electricity on a desert island, the Silktone Amp is here to challenge that convention. This 1×12” combo claims to provide a comprehensive suite of high-class sounds, from refined cleans to harmonically complex overdrive, despite being powered by a single KT66 output valve for a maximum of 12 watts.

Given its boutique price – and given how much we liked the Silktone Fuzz pedal – we’re prepared to be somewhat impressed by this handwired creation from northern California. As it turns out, we’re not so much impressed as overwhelmed.

But let’s start with some background. Based in Roseville, just outside of Sacramento, Silktone started out as a manufacturer of cables; it’s only in the past two or three years that company founder Charles Henry has expanded his ambitions into stuff you plug cables into – and it’s only in 2022 that UK distribution has come into the picture.

There are actually two Silktone amps – this one plus a stripped-down Astro model at £1,799 that won’t headbutt your wallet quite so hard – and both follow the same asymmetrical design template, with the speaker pushed over to one side of the cab and a cute ‘wave’ curving into the grille at the other. More importantly, they’re both properly old-school in construction: this is hand-made American engineering with no compromise on component quality.

A snoop around the inside of the chassis reveals tidy wiring and not too much of it, while the cabinet is flawlessly built and the illuminated Silktone logo, fuelled by a white bulb hidden behind the control panel, adds a classy finishing touch. The KT66 is a Russian-made Gold Lion – widely accepted by tube nerds as the real thing rather than a 6L6 in disguise – and it’s an absolute whopper. Alongside it are three preamp valves and a 5AR4 rectifier.
Below them we find a 12” ceramic speaker made by WGS to Silktone’s specs, and a full-width reverb tank with controls for dwell and mix on the front panel. And that panel is where things get really interesting. 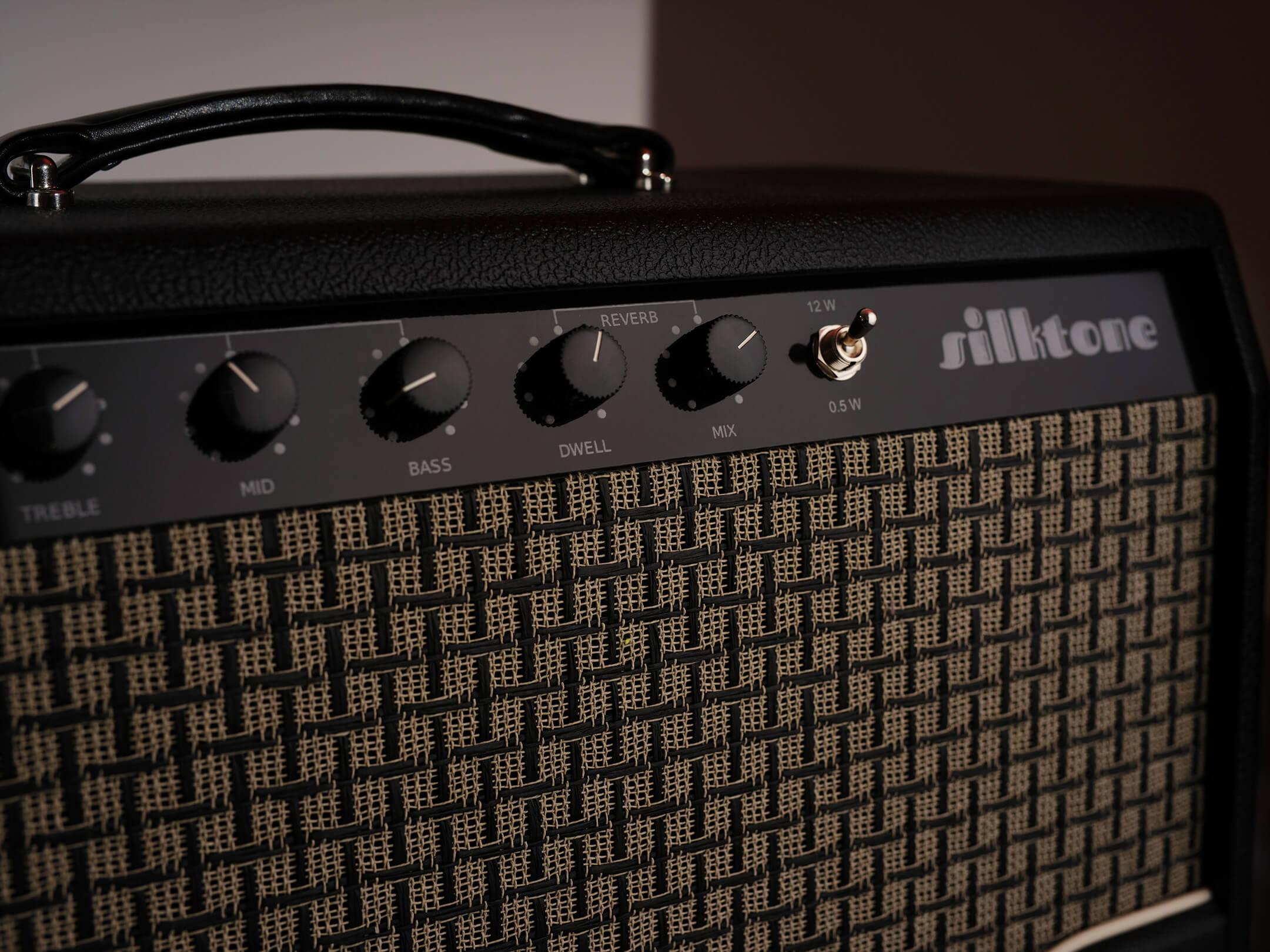 At the far left, the input volume knob asserts its unique importance by being cream instead of black, and next to that is a toggle switch with the intriguing offer to flip between ‘chiffon’ and ‘raw silk’ modes. This gives the option to take the three-way tonestack out of the circuit – which might not sound like a big deal but, as we’ll soon see, is arguably the coolest thing about the whole amp.

The tonestack promises more flexibility than most when it is engaged, notably from a ‘wide-range’ mids control that claims to cover everything from scooped black-panel tones to Plexi-style snarl. To its right we find the aforementioned reverb dials, and finally a switch for engaging an in-built attenuator that takes the output down from 12W to a mere 0.5W.

Alright, it’s looking pretty good on paper. But now let’s get those valves glowing and find out if we really do need to revise our desert island luggage plan. 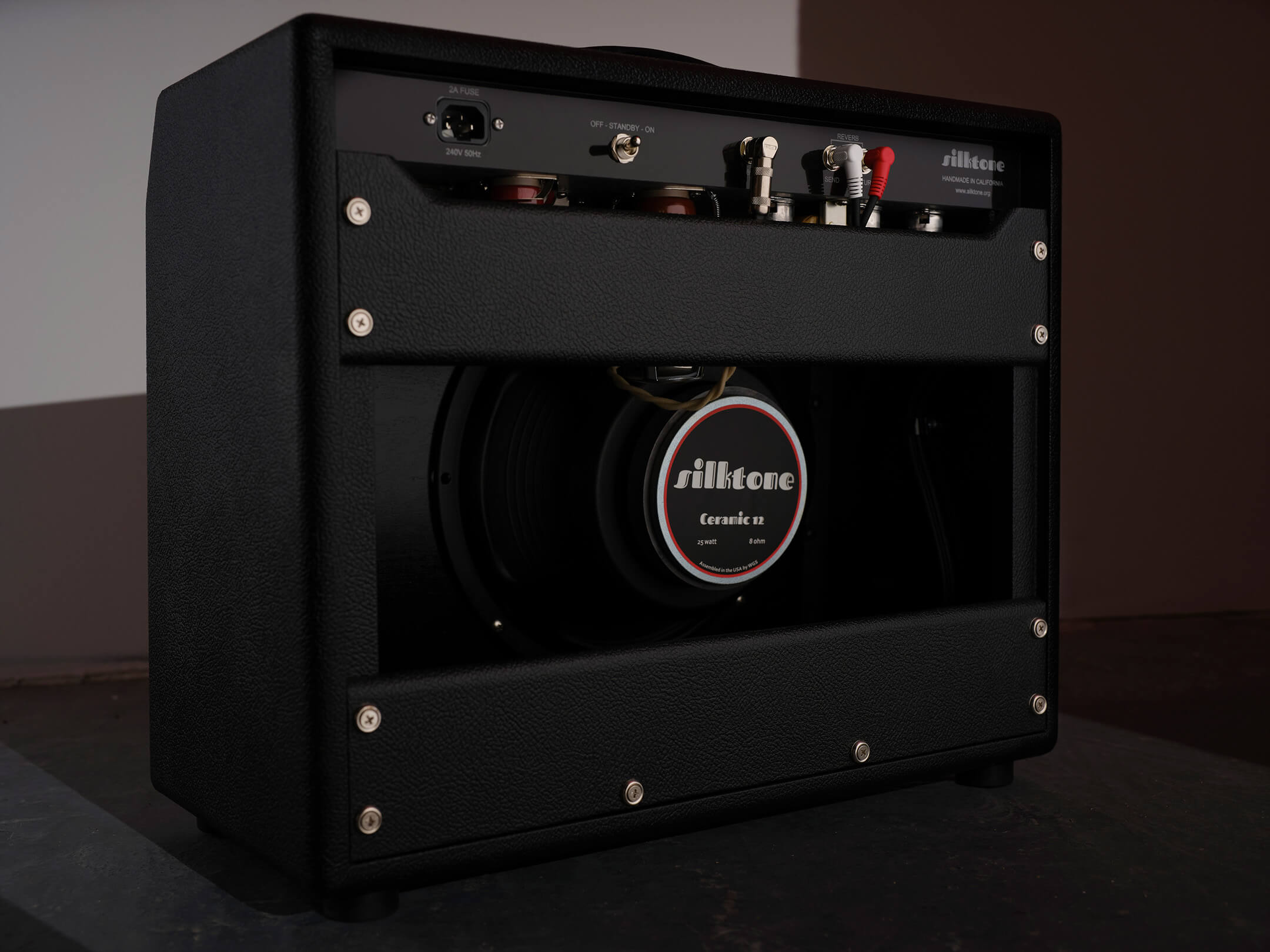 A low noisefloor is not something you can take for granted with single-ended amplifiers, as they lack the hum-cancelling benefits of two output valves in push/pull. But the Silktone Amp is impeccably quiet, producing just enough background hum to reassure us that it’s actually on.

That’s the first hurdle cleared with ease, so we come to the second: the tendency of one-bottle wonders like this to sound a bit flat and boring at low gain. Plugging in a Jazzmaster and keeping the volume down around 11 o’clock for now, what emerges from the speaker is clean, smooth and distinctly lacking in high-end sparkle… but somehow, it works. In fact it works brilliantly.

The bass response is supremely well-rounded, the midrange is perfectly balanced and the treble, while reluctant to throw out any real chime, has a sweetness all of its own. Above all, what you get is the sense that you’re truly hearing what your fingers are doing: it’s so organic and un-hyped that it simply doesn’t feel like playing through an amplifier. We’re putting this down to a combination of signal-path efficiency and Jedi mind tricks. 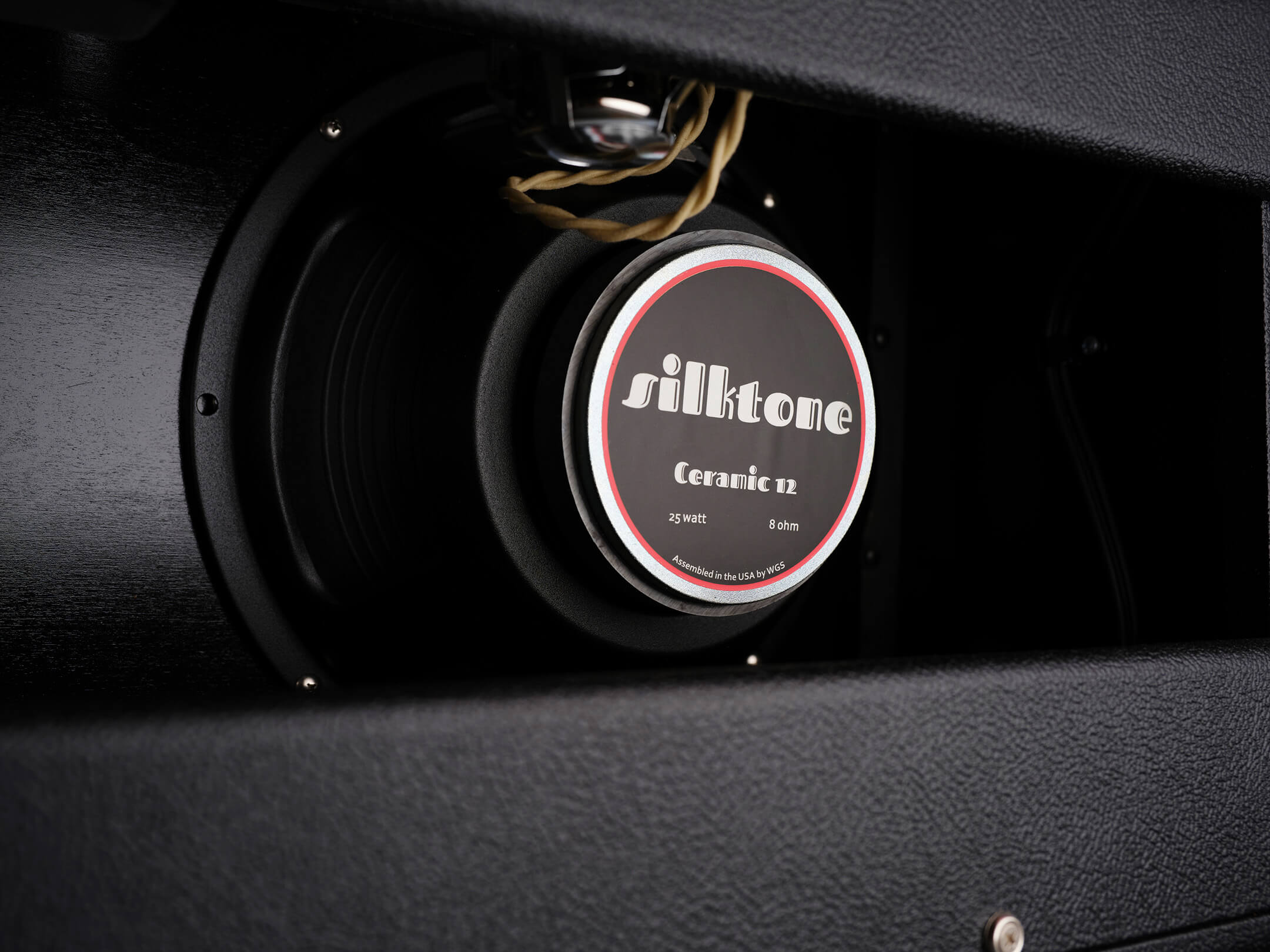 The EQ controls really are as powerful as Silktone says, and it’s worth exploring the tones on offer with each one turned all the way to minimum or maximum – even if we always find ourselves drifting back to the familiar ‘slightly scooped’ shape before too long.

Where to next? Ah yes, the reverb – because that’s great too. It goes huge if you want it to, but with the mix set just shy of halfway this is about as pure and naturally blended into the dry signal as valve-driven spring reverb gets. Start noodling now and a few hours later there’ll be a crowd of paramedics struggling to prise you away from the fretboard.

OK, so let’s see what happens when we turn this thing up. If you’re hoping for Champ-like drive but with the added depth afforded by a 12” speaker in a full-size cabinet, the Silktone Amp will not leave you disappointed. But the smooth and throaty break-up that gathers force as we wind up the volume is not even half the story – because while there is a fair amount of crunch available in chiffon mode, bypassing the tonestack brings a leap in gain so dramatic it might just disintegrate your earwax. 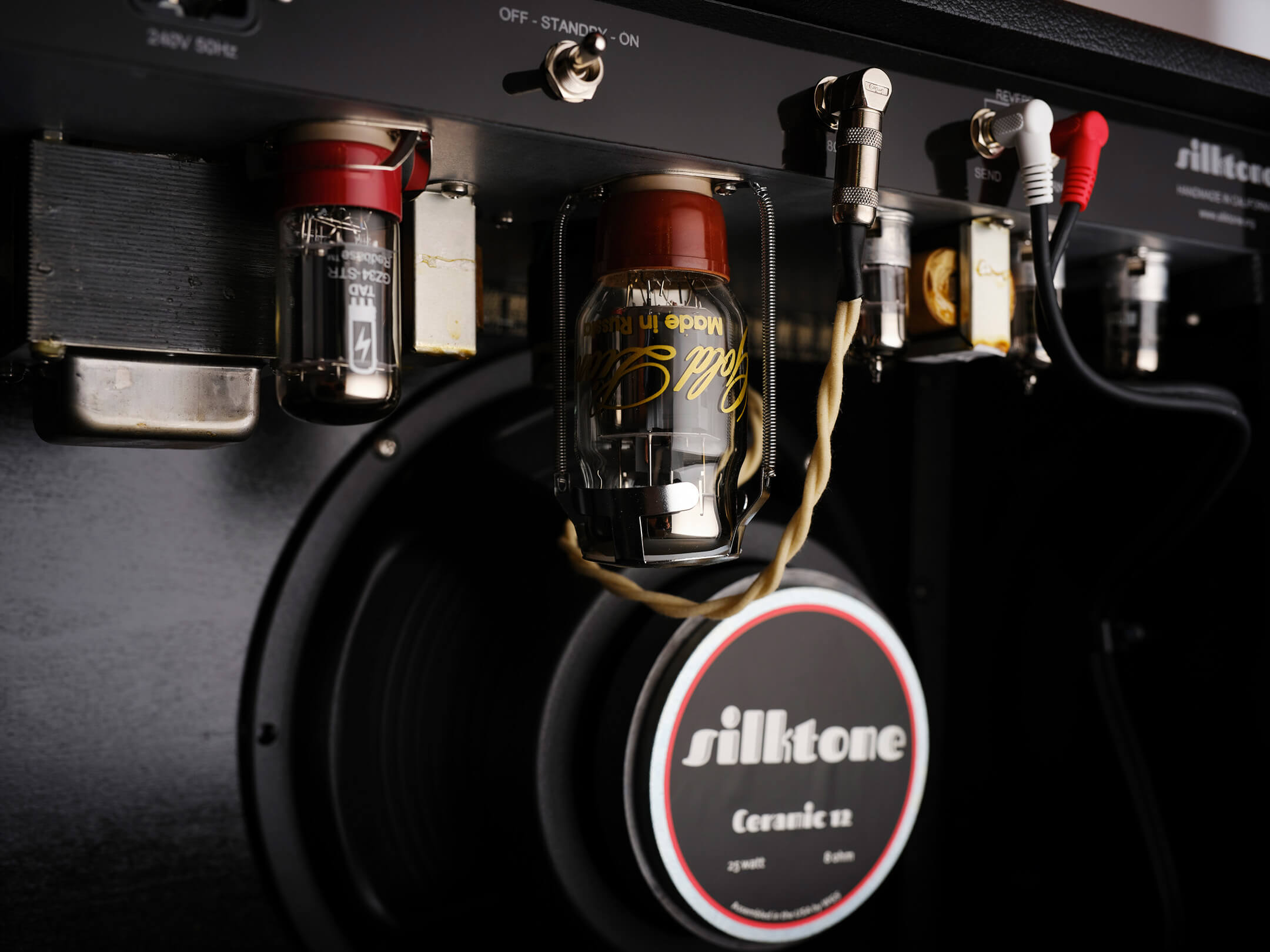 This is proper ‘cranked tweed’ stuff and it keeps getting bigger and richer up to around 3 o’clock, which is where we reach maximum output level. And after that? It gets even more saturated and… quieter. At least, that’s what seems to be happening, thanks to some wildly squishy compression caused by the power supply struggling to keep up. Hit this thing with humbuckers at full blast and you’ll get a taste of the infamous Neil Young ‘splat’ – it really is glorious.

Now here’s a quirky bonus feature to enjoy with the reverb also turned up high. Play staccato chords and after each one you’ll hear a distinct pause before that compression recedes enough to let the reverb in. Yep, it’s accidental pre-delay, and it’s kind of daft but also quite inspiring. 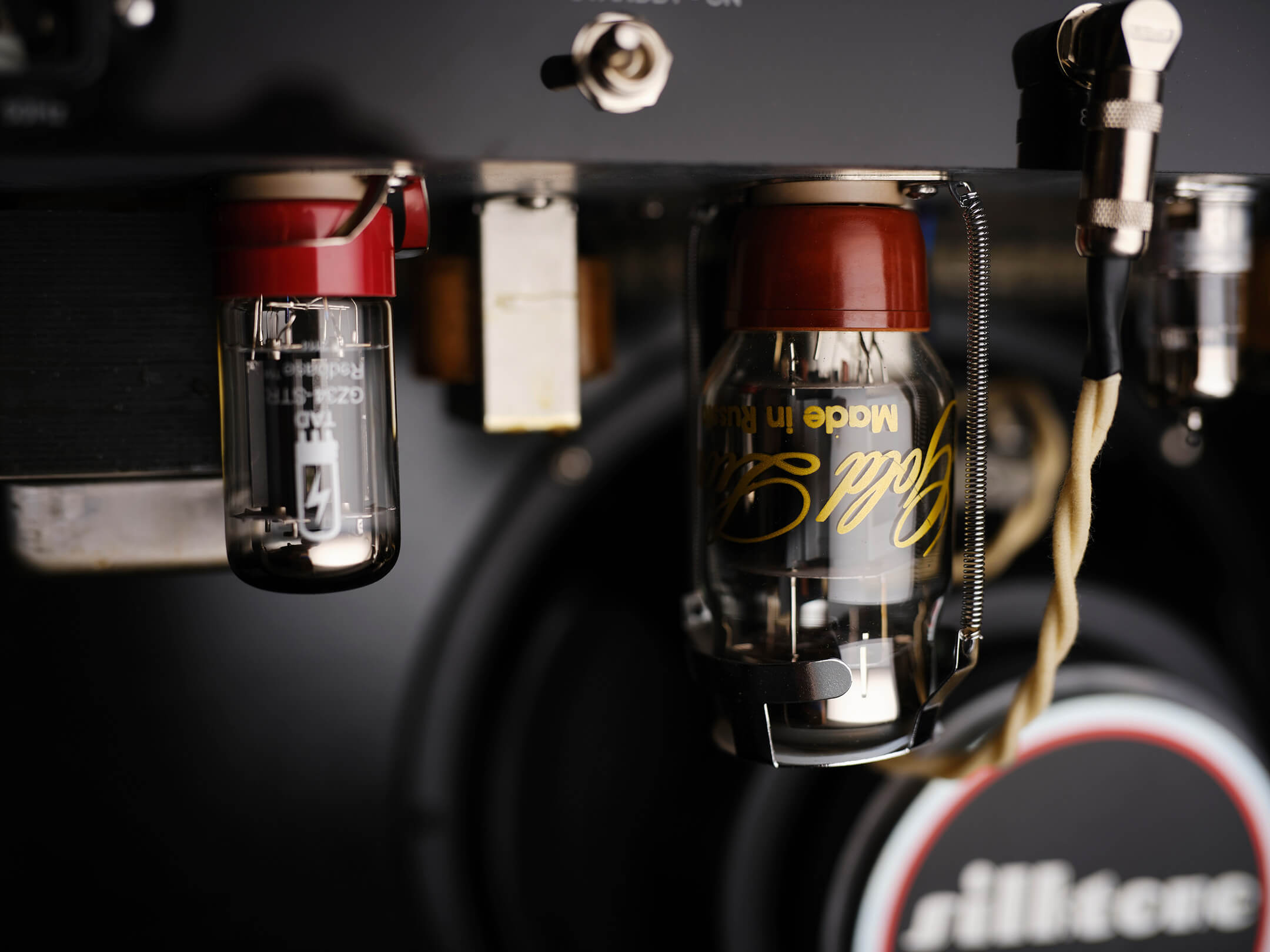 And that just leaves the attenuation switch. Half a watt doesn’t sound like much fun, but what’s impressive here is the way everything we like about the 12W mode is preserved. It’s basically the same experience but much quieter, and that’s not always the case with attenuators.

It’s hard to see how this amp could be any more adorable. If you’re prepared to gig with a 12-Watter – which is not inconceivable in this case – then you might want some footswitching options, but Charles assures us anything along those lines is available on request.

Desert island amp, then? Hand us our flip-flops, we’re on our way. 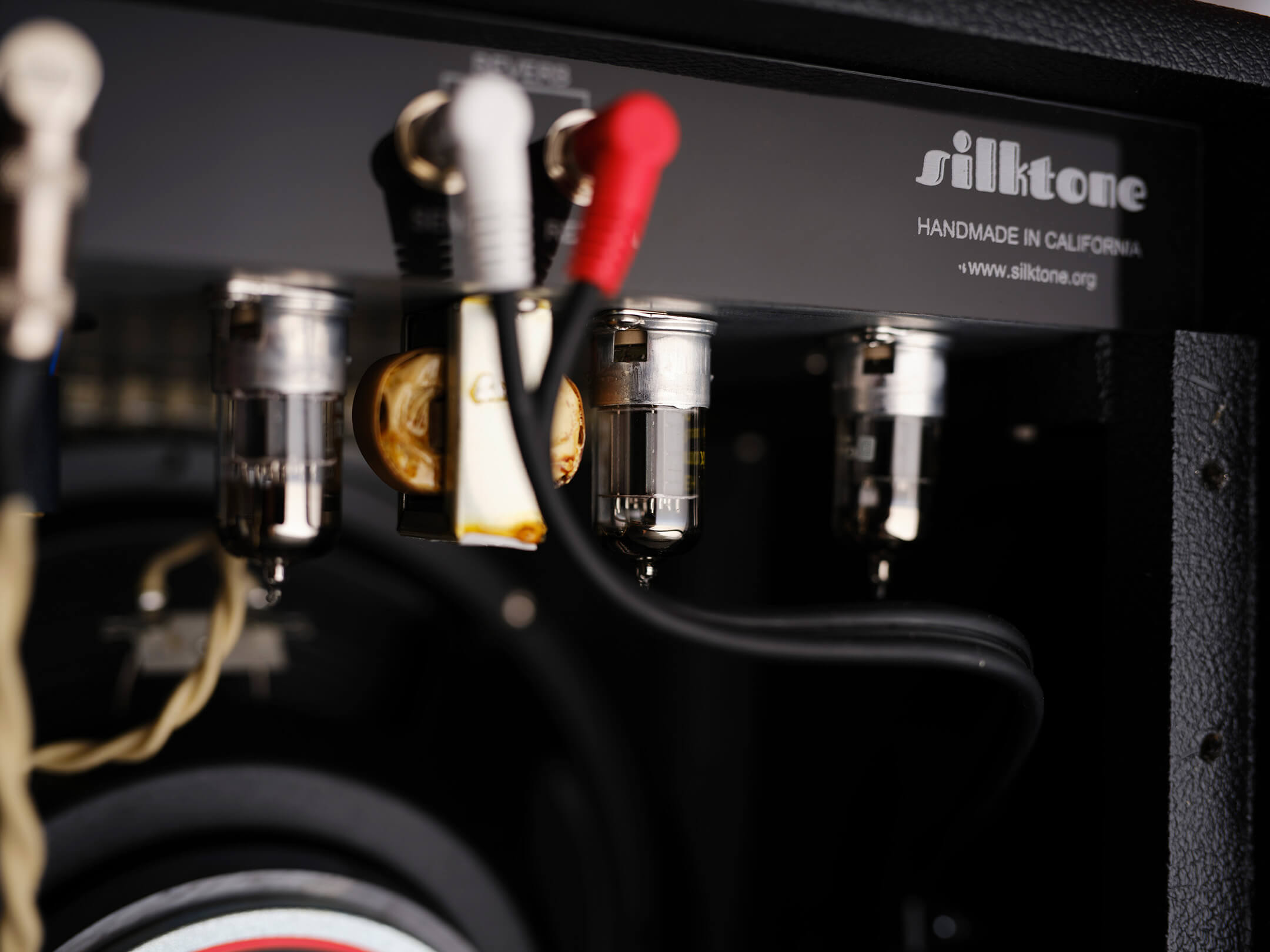