This analogue synth pedal threatens to brutalise your signal in all sorts of peculiar ways. 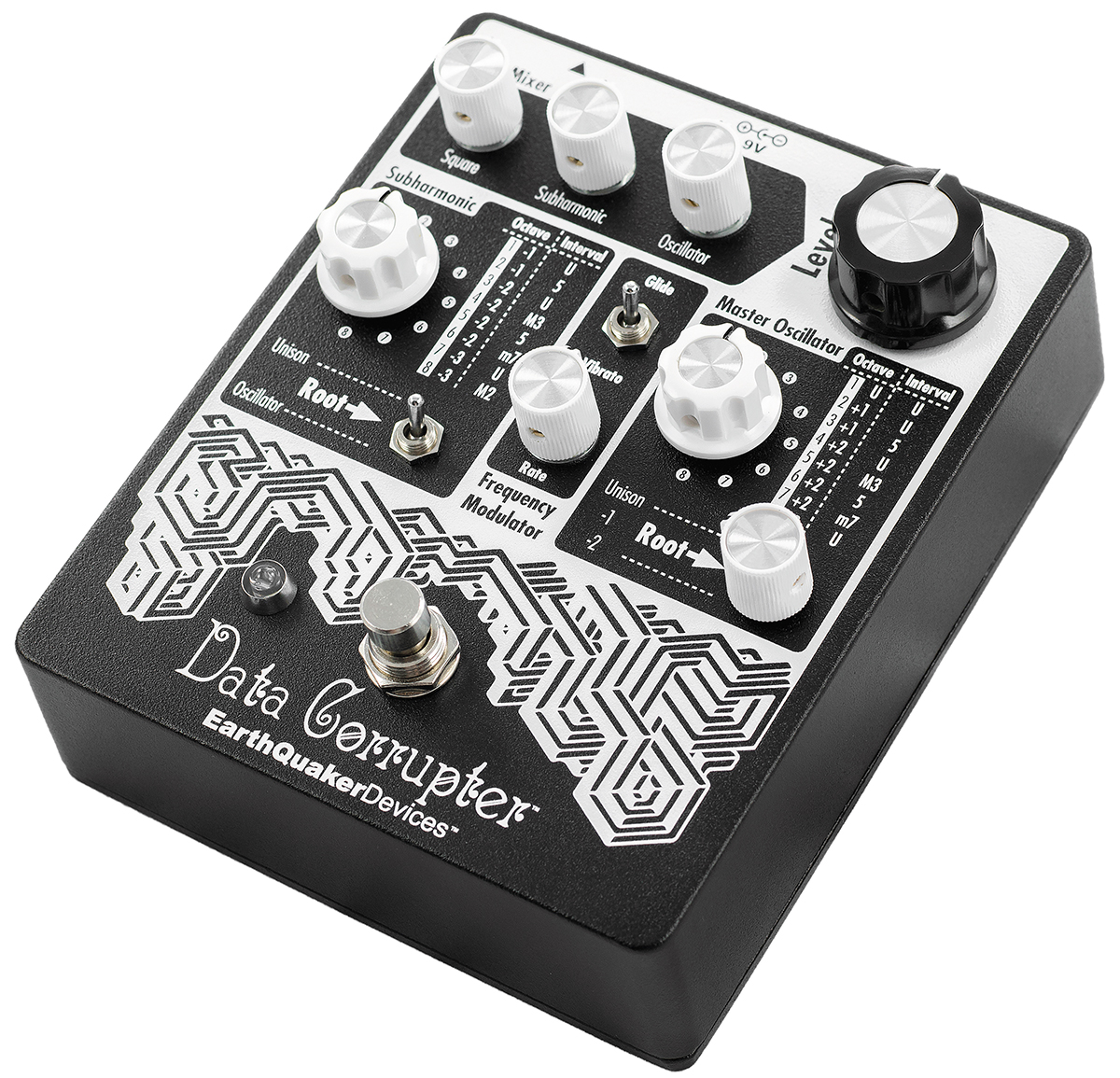 We’re not sure if EarthQuaker Devices still counts as a ‘boutique’ builder – its pedal empire seems to be steadily expanding in scale as well as reputation – but they’re still all made in Akron, Ohio, the ‘rubber capital of the world’ that also gave us Devo, Chrissie Hynde and the Black Keys.

You can usually rely on EarthQuaker’s stuff to be slick, classy and imaginative… but for this one we might have to give slick and classy the afternoon off. The Data Corrupter is a modulating, harmonising synthesiser built around a phase-locked loop (PLL) – a kind of circuit that, in a very loose nutshell, uses maths to generate new frequencies.

For those of us faced with making sense of the pedal’s controls, the three small white dials at the top are the key. These are for blending between three very different sonic elements: a fuzzy square wave, a subharmonic and an oscillating signal, the latter two at selectable intervals from the note you’re playing. If that sounds like a nice three-part harmoniser with a bit of distortion and some added synthy wobbles… well, it very much isn’t. The word ‘Corrupter’ is your clue that what comes out of this thing is much more chaotic than that.

It’d be nice to start out our testing process with something fairly straight and then bring in the lunacy bit by bit… but that’s easier said than done with this thing. The only relatively non-barmy sound comes from cranking the square wave and setting the other two mix controls to zero; this creates a fat, boopy fuzz tone that looks set to sustain forever until the input signal falls below a certain level and everything is suddenly gated out with a crackly splutter. Adding some subharmonic to this sound at a simple interval (five of the eight options are octaves or fifths) adds some more interest, and it’s worth noting straight away that the tracking is impressively accurate – no latency, no dropouts.

Now we bring in the oscillator, and are confronted by a choice between two very different flavours of chaos. In ‘glide’ mode our third element behaves something like an old-school analogue synth set up to play lead lines through a sweeping, sinewy filter; in vibrato mode the effect is much more siren-like, and absolutely nothing like a guitar.

The Data Corrupter might soon begin to feel like the sort of pedal that you’ll have half an hour of bonkers fun with… then pop back in its box for a decade or two. Put some work into exploring how the controls and switches interact, however, and you’ll find its skillset does run a little deeper than that. It’s just a pity that EarthQuaker didn’t put a few sample settings in the manual to stop dabblers getting discouraged, as there’s real depth here. 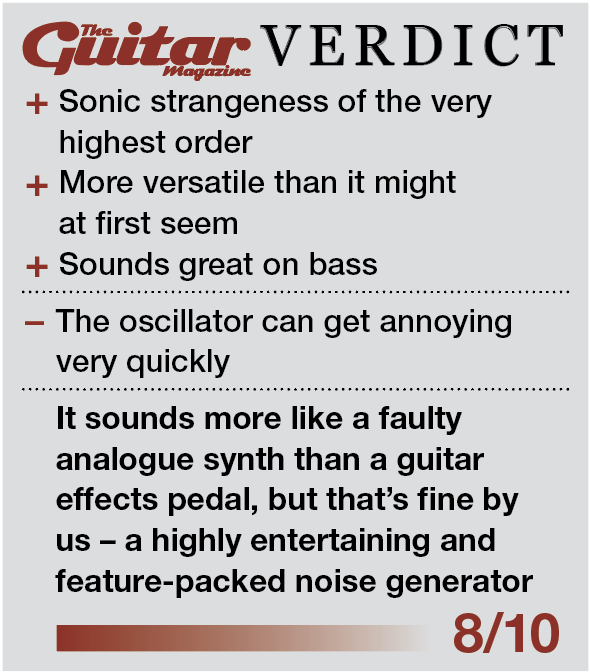