Akron, Ohio’s finest purveyors of boutique effects wonder release a compact, pedalboard-friendly junction box to bring order where once there was chaos. Will you choose the path of least resistance? 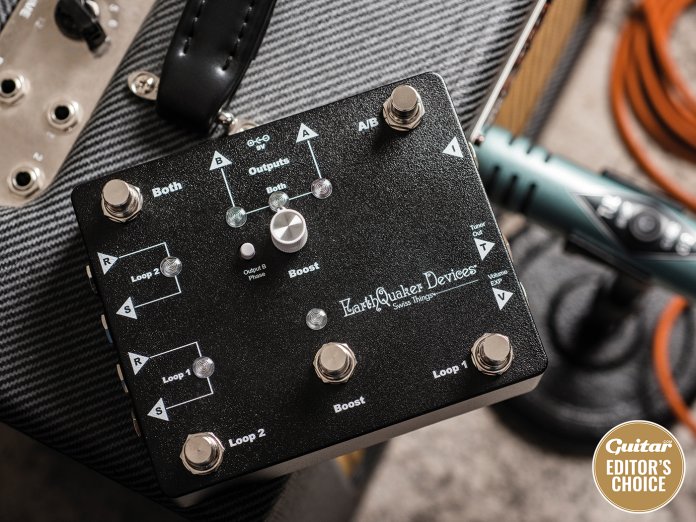 Founded in 2004 in Ohio, USA, EarthQuaker Devices has achieved a worldwide reputation for handbuilt, boutique quality across an extensive line of pedals. These range from revamps of classic circuits with a twist, such as the Palisades, to those that unleash inspired mayhem, such as the Rainbow Machine. The Swiss Things aims to consign unnecessarily complex pedalboard wiring to history, while adding some additional touches to bring out the best in existing setups.

Based around the twin concepts of an A/B box and a dual loop switcher, the Swiss Things immediately feels sturdy and well made, with clear labelling throughout. The switches all function perfectly and the LEDs are bright enough to be seen easily, even in daylit stage conditions. 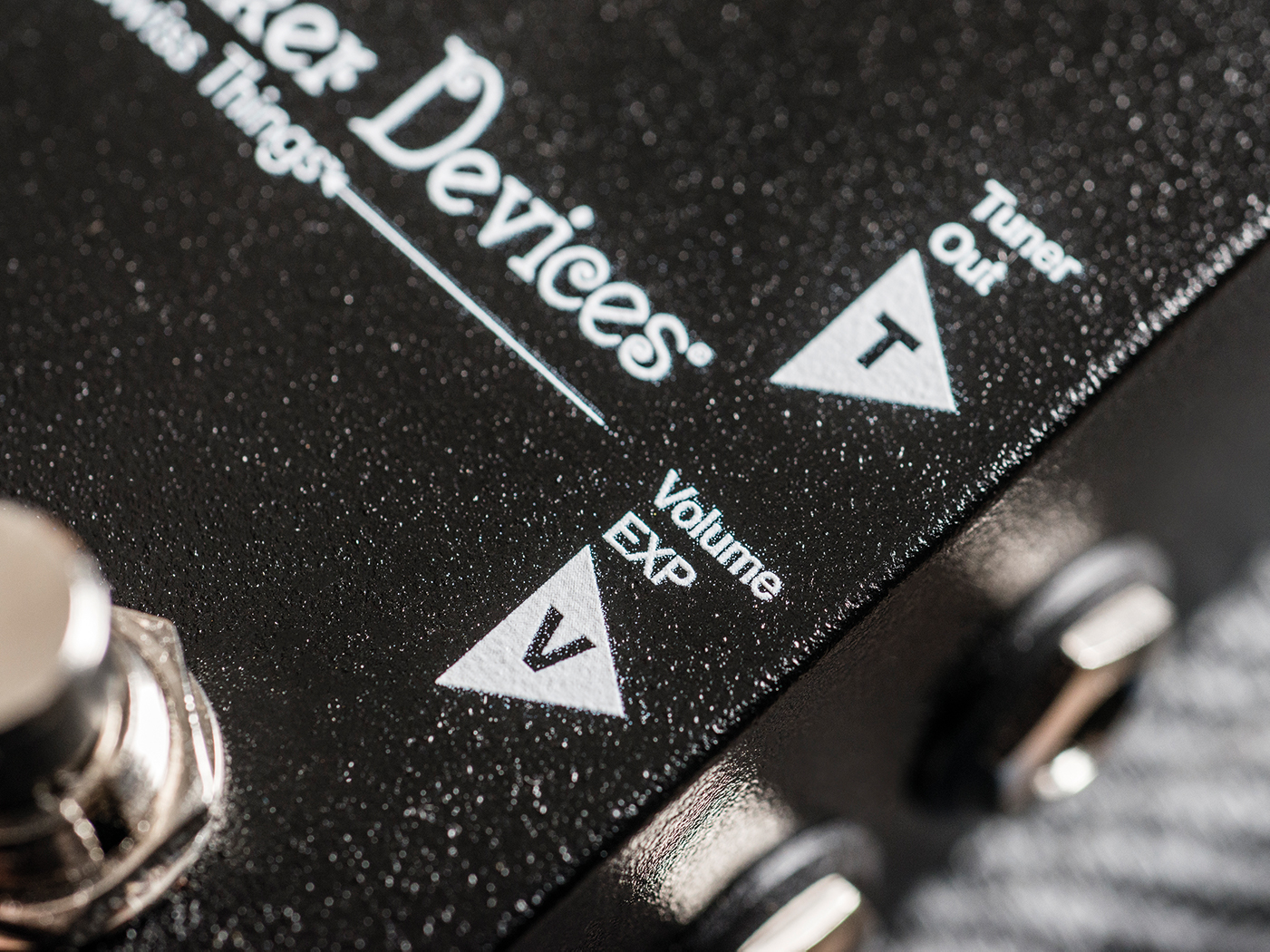 In addition to Swiss Things’ core architecture, EarthQuaker Devices has also added a 20dB boost, a tuner out and expression-pedal volume-control functionality (which, when used like this, won’t affect your gain). The pedal also features ‘Flexi-Switching’, allowing each loop to be engaged by either a momentary or latching action on the footswitch.

Loop 1 of the Swiss Things is unbuffered – and this is where EarthQuaker Devices suggests you park your distortion, fuzz and overdrive pedals, with the buffer on loop 2 making it the ideal choice for temporal and modulation effects. 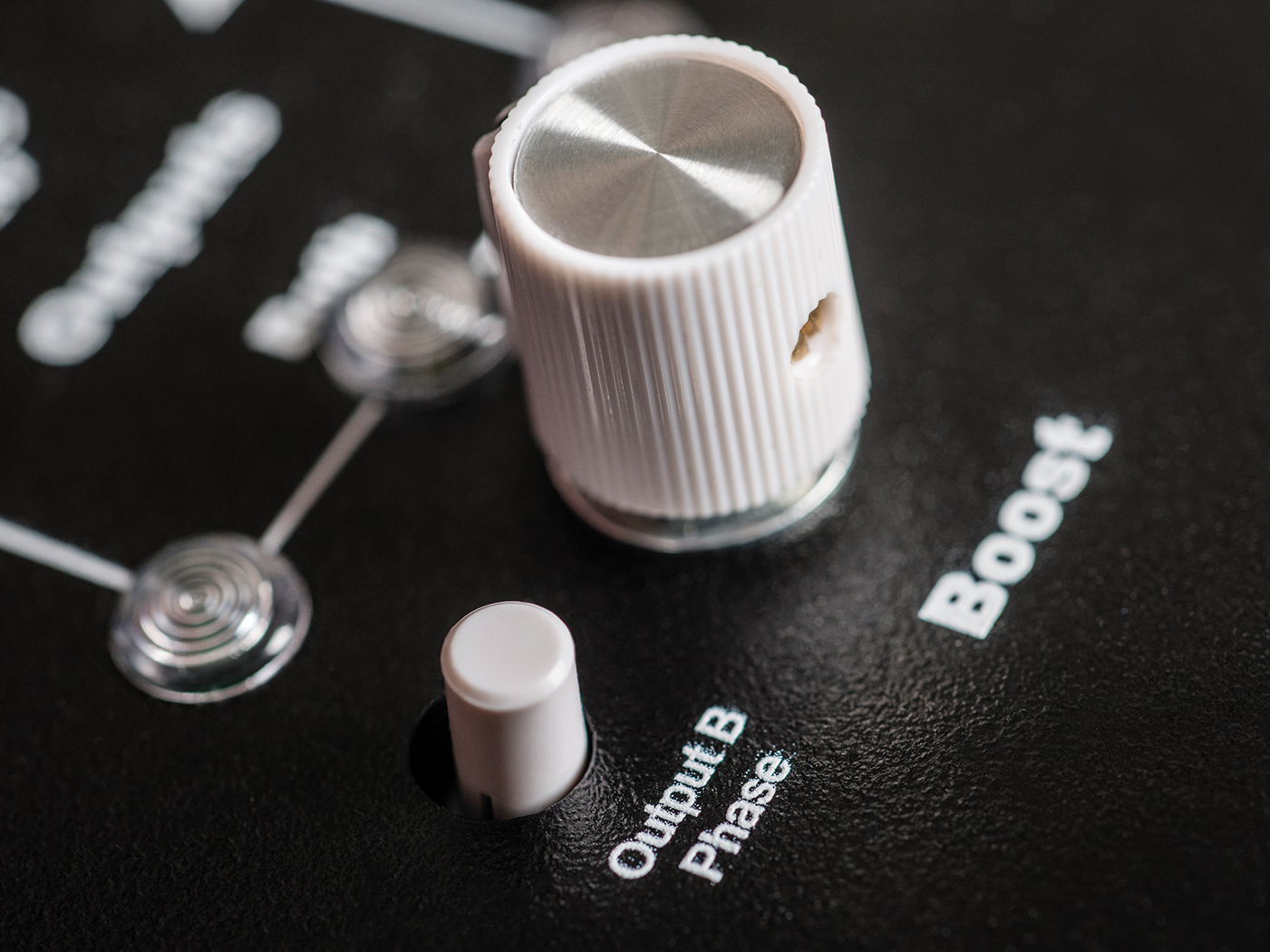 When it comes to the pair of outputs, there is a joyful isolation transformer on output B to eliminate ground-loop issues when using a dual-amp setup, and a phase-polarity reversal switch, too. Unlike other pedal looping systems we have seen for a small-to-medium board setup, there is nothing on the Swiss Things that feels unnecessary, or like an afterthought.

While a switching pedal may be unlikely to get the pulse racing, the creative possibilities it affords the player certainly should. Aside from eliminating the need to Fred Astaire one’s way from one end of the pedalboard to the other when changing effects, it also allows for the inclusion of equipment that might prove impractical to use otherwise.

Cracking open our quarantine box of lesser used, badly behaved but sonically glorious pedals, we assemble a pedal chain not dissimilar to that used by producer Mick Gordon for his groundbreaking soundtrack work.

Bizarre self-oscillating delays, vintage tremolos with an accompanying crackle like frying bacon, angry pitch-shifters etc, can all be isolated from polite society until it’s their time to shine with a tap of the momentary switch. The same is true when it comes to blending different guitar amplifiers: traditionally a potentially tricky process, but one rendered refreshingly seamless in this case. Huge ambient soundscapes, psychedelic bliss-outs and cascading gain stages can all be created at the touch of a switch, too… It’s really quite intoxicating.

Clearly, a lot of love and thought has gone into the creation of the Swiss Things and its potential as a music-making tool is limited only by the imagination and equipment of the user. With the potential to allow for creative and musical decisions on the fly, both onstage and in the studio, EarthQuaker Devices’ Swiss Things really can unlock the potential in a lovingly assembled pedalboard and/or amp collection.