Danelectro is back to doing what it does best: the weird and wonderful. 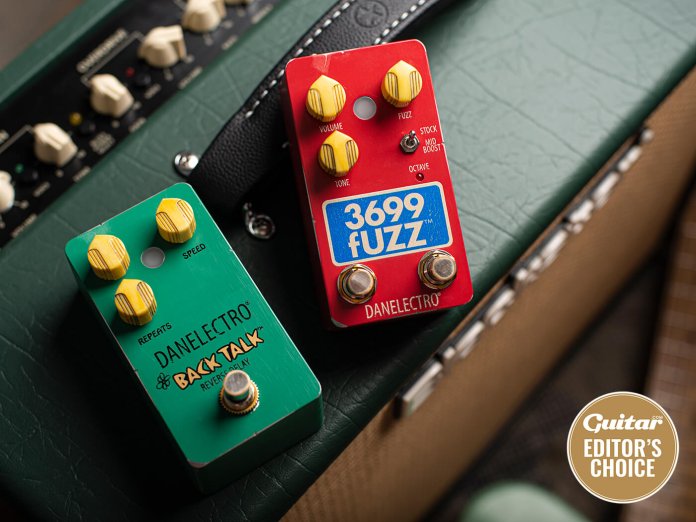 There’s no denying that Danelectro has upped its game of late. With an established reputation for perfectly serviceable, affordable effects boxes, the company’s ethos has drifted back towards guitar-geek cool. Its latest offerings – the Back Talk Reverse Delay and 3699 Fuzz – hark back to key moments of weird glory in stompbox history.

In their long-discontinued original forms, both the Danelectro Back Talk and Foxx Tone Machine make for pricey and impractical additions to any player’s board. In a concession to ergonomics these reissues come in battery-free, single berth enclosures factory aged with scratches, dings and, well, knob grime.

Introduced in 1999 for what seemed like only a moment, the Back Talk Reverse Delay was one of a trifecta of 1960s-inspired Danelectro pedals that leaned heavily on the psychedelicate textures so appealing to players of the 1990s. While the world remained justifiably indifferent to the Free Speech Talk Box and showed the Sitar Swami the contempt it deserved, the Back Talk became an instant underground classic due to its gritty, irascible reverse delay textures. 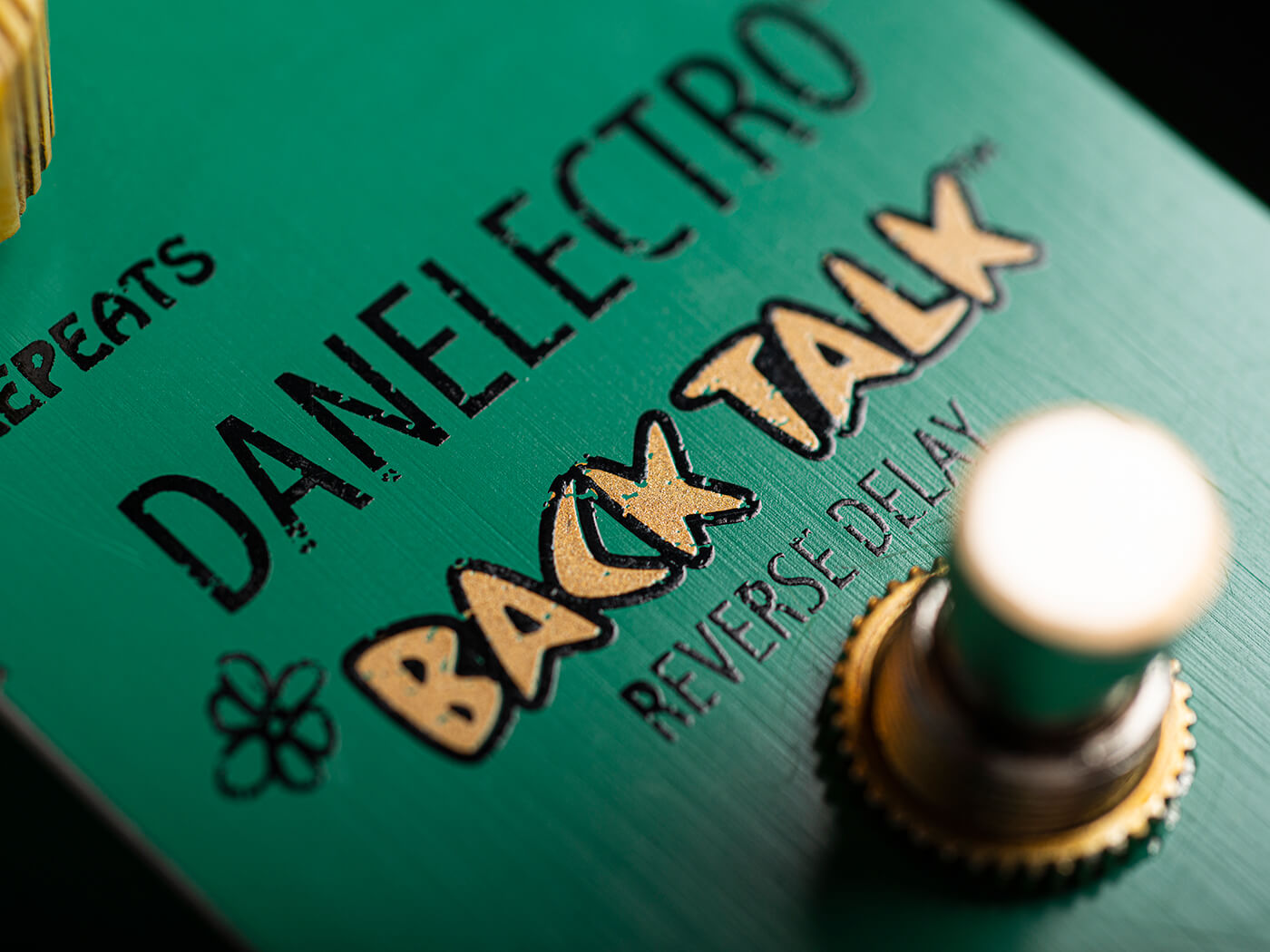 The Foxx Tone Machine fuzz was originally launched in the 1970s by Danelectro owner Steve Ridinger, and the 3699 Fuzz takes its name from the last four digits of the Foxx company’s old phone number, which spell out ‘Foxx’ on a standard telephone keypad. Honest.

Original Tone Machines were lovingly draped in sticky-backed velvet-textured felt, which was ideal for absorbing every particle of the stale beer and tobacco smoke ambience of 20th century live music venues.They are known for their snarling, spitty fuzz sound and a propensity towards the chaotic end of the dial – inevitably finding favour among the sort of funk and psychedelic players you’d expect to look kindly upon a velvet-wrapped fuzz pedal. Naturally, it also has an octave switch. 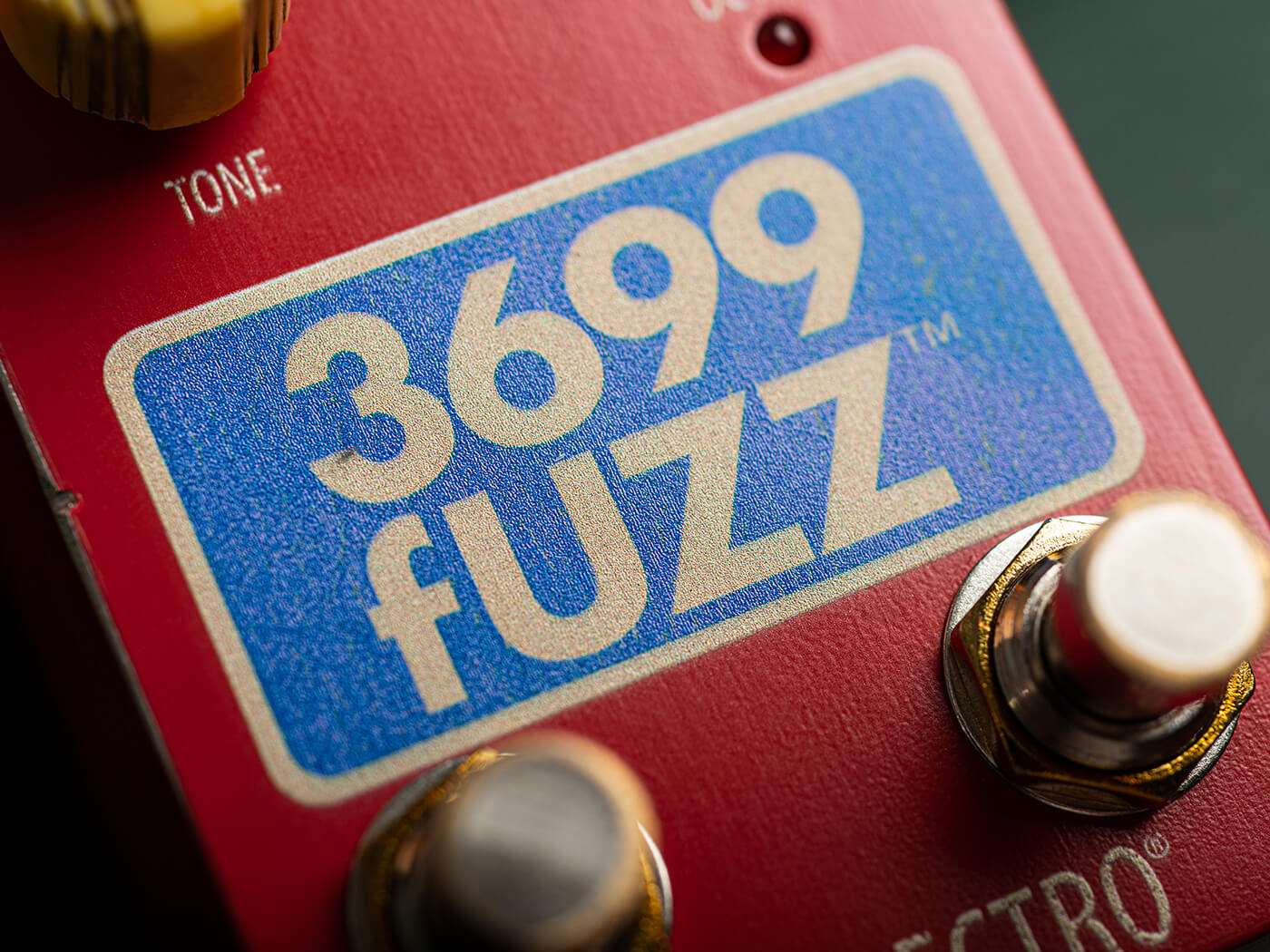 The original 1999 Back Talk is a flawed classic which, despite its glorious reverse delay sound, remains a less than practical choice for most players’ boards. The biggest drawbacks are the size of the enclosure itself, coupled with its awkward shape, increasingly frangible plastic knobs, and jack sockets that afford little protection from the vagaries of expressive musicianship. This fact has prompted many players to get their originals re-housed in sturdier enclosures.

Almost telepathically, Danelectro has come correct with this reissue’s compact dimensions (standing a little taller than an EHX nano) and uniformly rectangular stance which make it a joy to add to your board. The metal sockets, meanwhile, inspire feelings of dependability and calm.

One of the joys of the Back Talk’s design is that the controls are extremely simple, leaving a lot of the expressive potential to the player. The speed and repeat controls are self explanatory, with the mix knob playing a pivotal role in creating a multitude of textures from a gentle, reverse slapback delay to towering, Castles Made Of Sand reverse leads and John Martyn Small Hours soundscapes, with minimum effort.

Full disclosure: this reviewer owned and adored an original Back Talk pedal and the prospect of being reunited with these rare textures is enough to encourage optimism, despite lockdown conditions inflicting a hairstyle also not seen since the late 1990s. 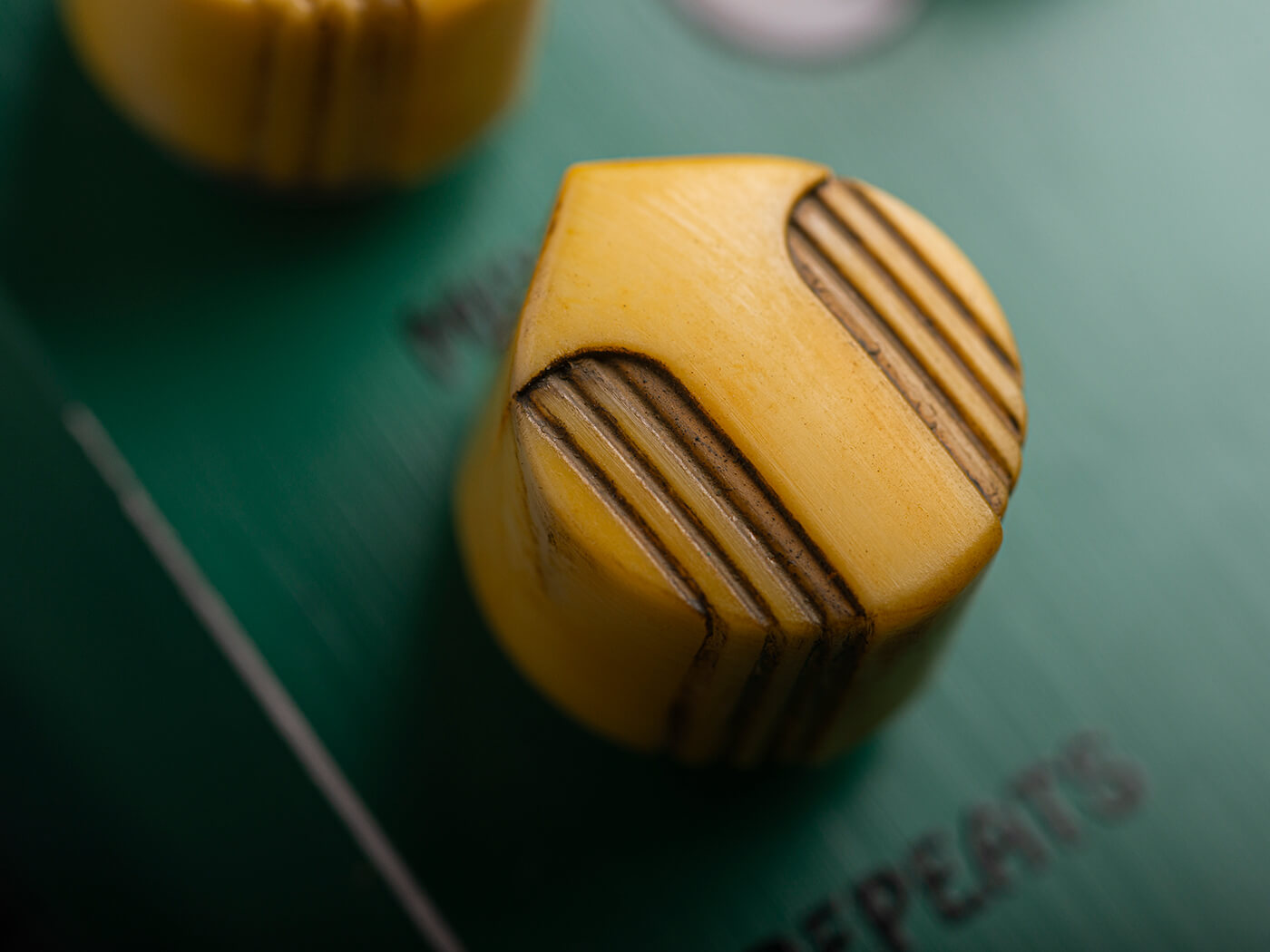 Continuing the circa Y2K theme we plug into an early Cornford Hurricane with a Telecaster, engage the true-bypass soft switch (another evolutionary upgrade from the original) and gaze at our shoes while swaying gently. Danelectro has made this loving reissue with all NOS parts and its no exaggeration to say we get a bit emotional to have such perfect, delicious backward weeblings under our fingers again. It’s that sound. Nailed.

Aside from the often threadbare velvet haberdashery (the original units might be the only effects pedal to suffer from mange), the most challenging aspects of using an original Foxx Tone Machine on a contemporary pedalboard are, once again, the size of the unit, and also the side-mounted knobs.

Danelectro’s reimagined 3699 Fuzz corrects this maverick approach with a direct and robust tone-management system that makes immediate sense and is easy to use. Volume, fuzz and tone knobs are all present and correct along with a mini-toggle switch offering a choice of stock and mid-boost voices, while there’s enough room between the dual footswitches to make accidental ignition of the octave function unlikely. 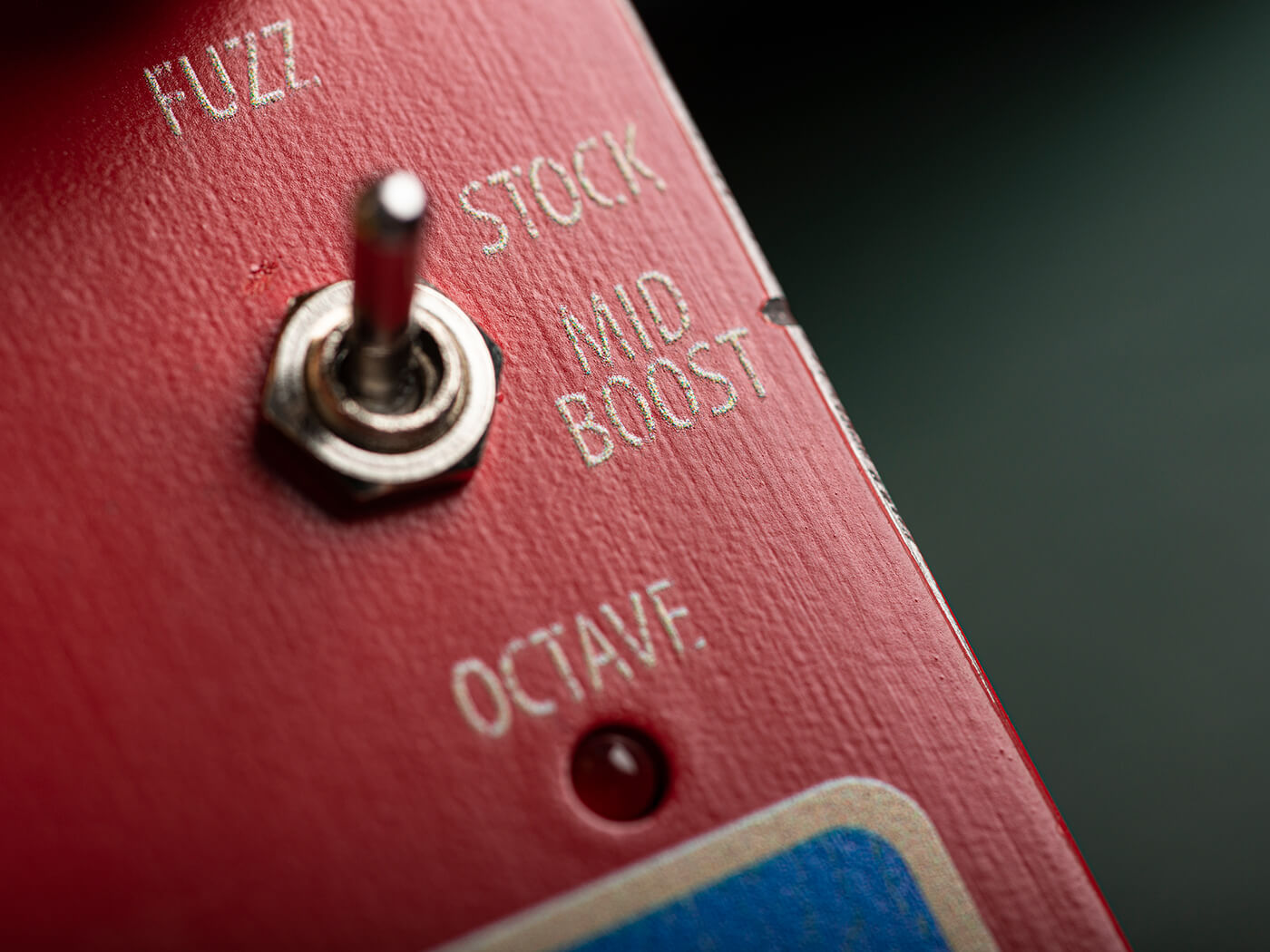 It’s immediately apparent that the 3699 Fuzz is no genteel Fuzz Face clone. Instead we’re confronted by a gratifying, sawtoothed shot of belligerence that harks straight back to the anarchic response of the original. It’s a little bit Fuzzrite and a little bit Tone Bender, with a touch of Shin-ei Companion thrown in for good measure – and it can go from proto-punk powerchords to Maggot Brain wig-outs at the drop of a wide-brimmed, peacock-feathered hat.

The key with any fuzz pedal is to smack the preamp hard with the volume before you go in deep with the fuzz, and the 3699 can certainly backhand a tube combo with the best of them. The tone knob gives as much, if not more, scope for sonic surgery as the original ever did, going from ‘wall of fur’ to ‘tinned mosquito’ at either end of the spectrum, while the mid boost is a thoroughly nasal kick in the ribs. 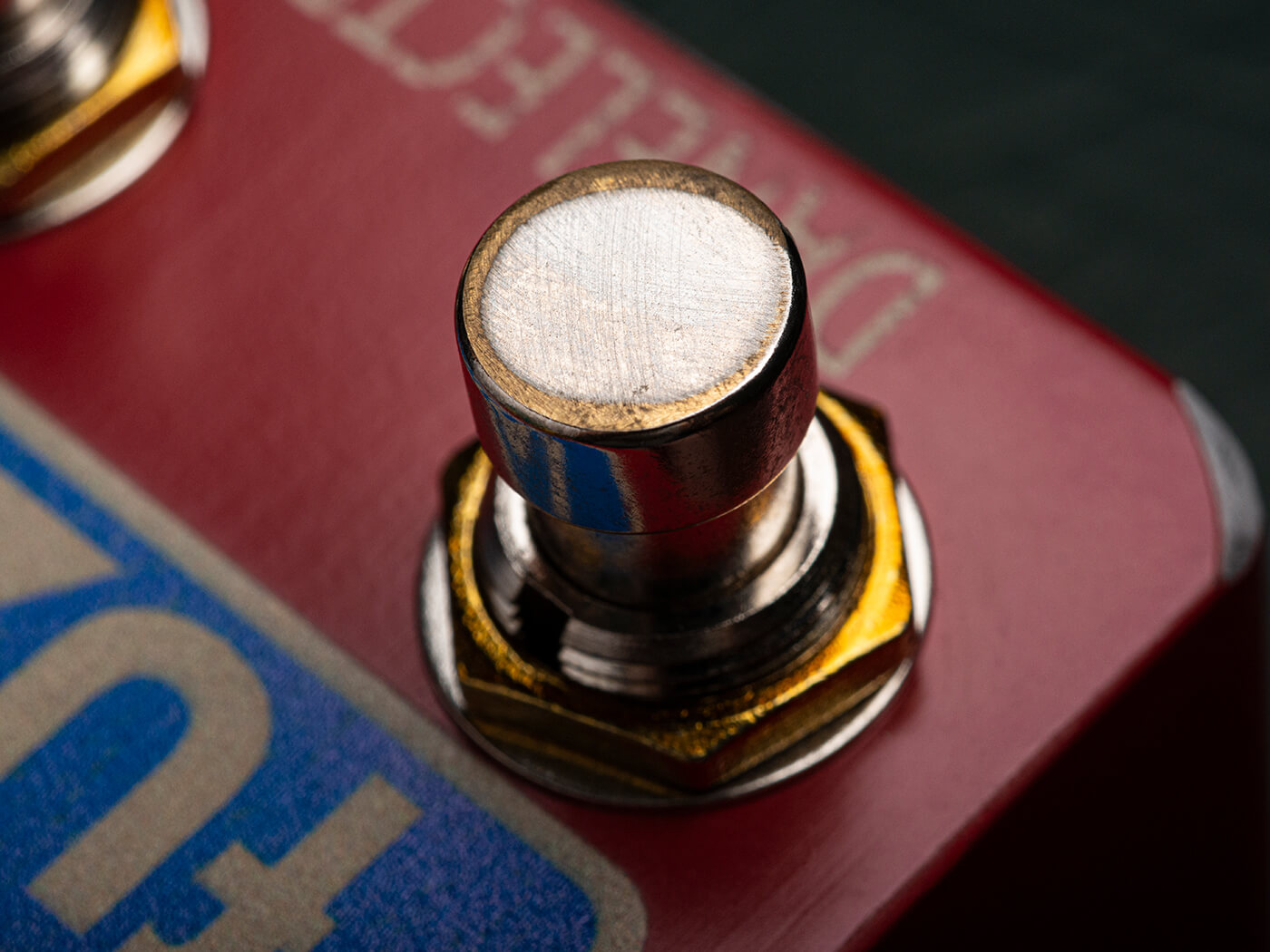 Anyone contemplating using the 3699 Fuzz without ever engaging the octave switch doesn’t deserve to have one. It offers a life-affirming helping of high octave beeps, squeals and gurgles which, with the neck pickup engaged and the tone rolled off for inquisitive R2D2 interjections, reminds us that all will be well. Eventually.

With this characterful brace of reimagined pedals, Danelectro has achieved something special in making very expressive, rare sounds accessible to players of all styles, without the challenges inherent in using the original units. More please! 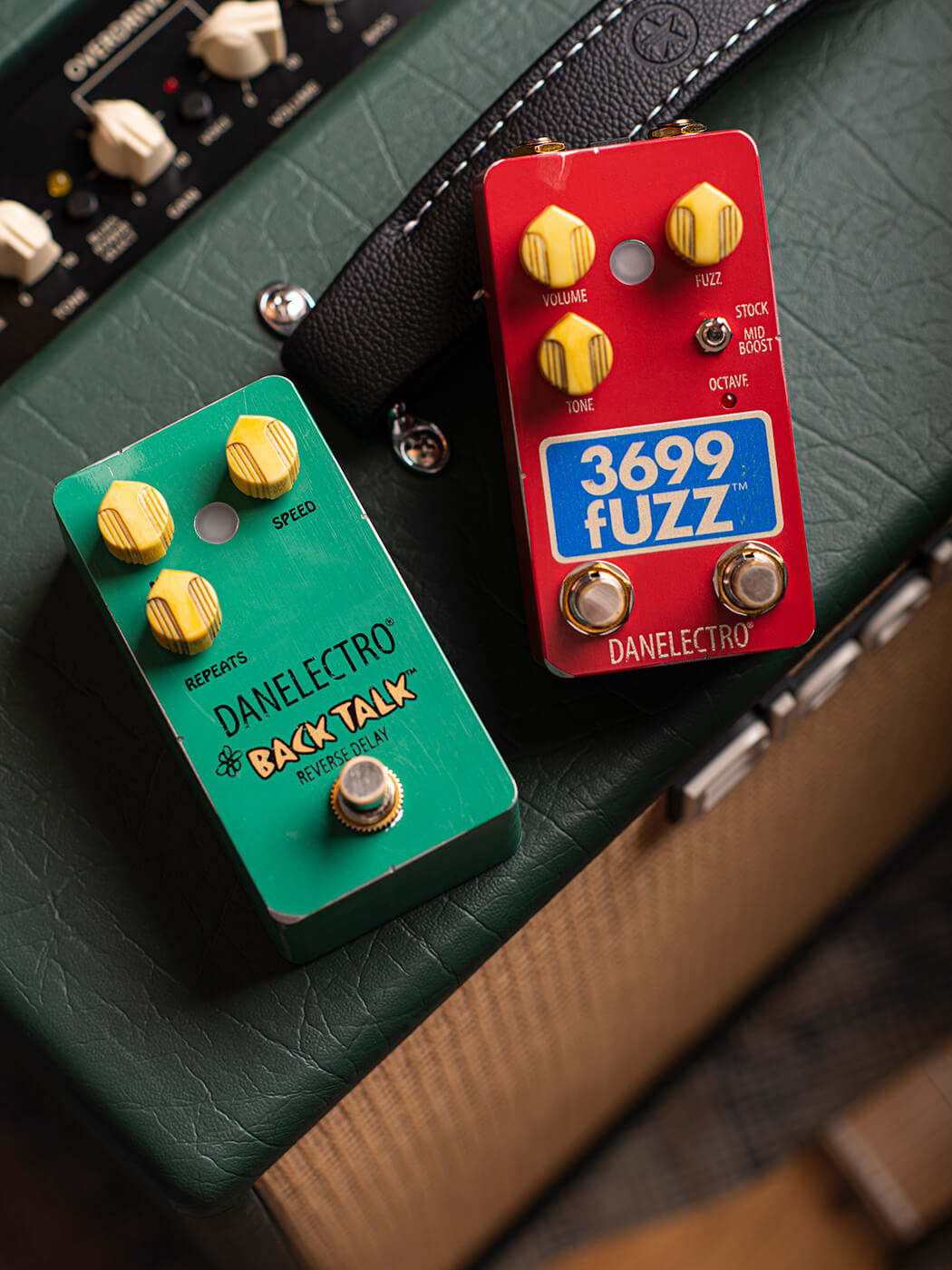