SM Octave Fuzz review: Hendrix in a box and much more besides

With a host of fuzz and octave sounds packed into a unit that won’t hog your pedalboard, could this British boutique pedal be your passport to vintage tone nirvana? 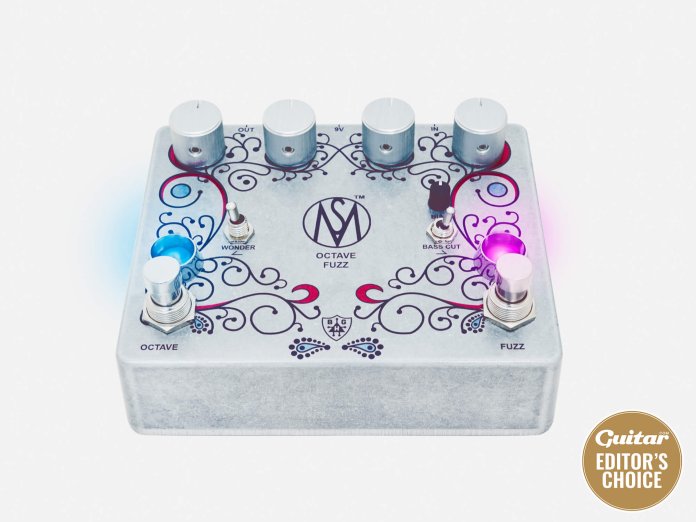 For some, the search for the perfect fuzz is a lifelong quest. For British blues-rock solo artist and sideman to the stars Scott McKeon, all roads eventually led to one place: building his own. Now, following the success of his original SM Fuzz, he’s released a two-in-one octave fuzz pedal that promises classic tones combined with modern functionality.

Bedecked in floral graphics reminiscent of Hendrix’s Monterey Strat, this is a fairly compact pedal but with two distinct sides: on the right are controls for volume and fuzz, in true Fuzz Face fashion, only with an added bass-cut switch and bias control to expand the tweaking options; on the left, the octave circuit has its own volume and drive controls along with a mini toggle labelled ‘Wonder’ – and wonder we do…

Independent true-bypass switches, top-mounted jacks and the option to be powered by a battery or a standard centre-negative 9v supply round out the pro-friendly feature set, along with a circuit board full of old-school carbon-comp resistors and orange-drop caps.
“Being able to have both octave and fuzz available independently and together in one pedal that doesn’t take up much room is killer,” says Scott, who has gone with silicon transistors here instead of the SM Fuzz’s germanium. “I wanted to do something a little different that could be used in conjunction with the SM Fuzz but also gave me some more options.” 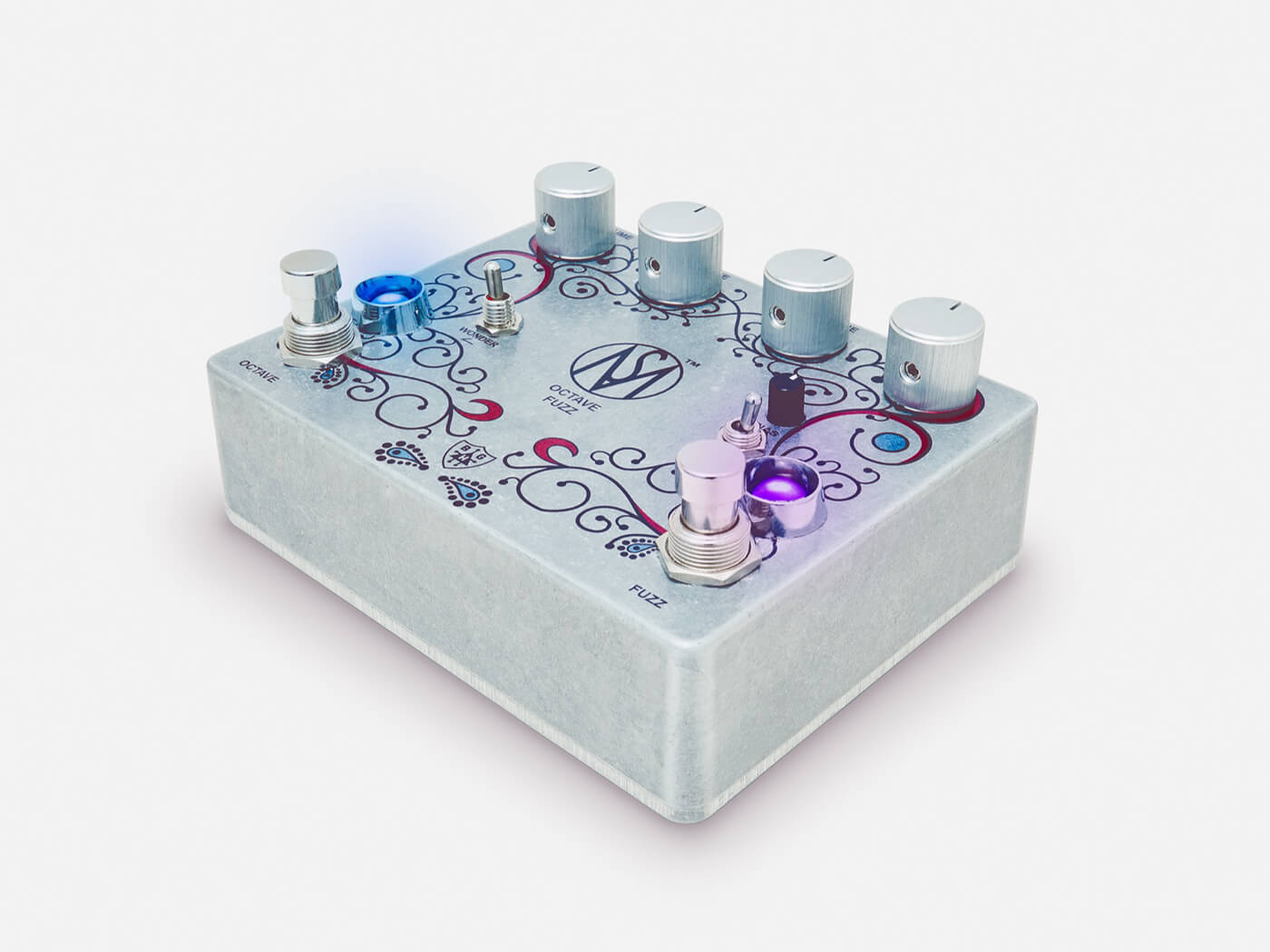 Plugging our Strat into a tweed combo set at the point of break-up, the fuzz side of the pedal delivers a bombastic tone with plenty of output level. It’s aggressive yet measured, and responsive to every touch: you play a good fuzz pedal like it’s an instrument in itself, and this is one of the very good ones, demanding the most out of every note.

It’s part woody Fuzz Face, part angry Tone Bender – notes spit and roar from the speaker with brazen authority, serving blistering punch and sustain in equal measure. And, as is often the way with vintage-style fuzzes, more subtle shades of fun are only a volume twist away.

Switching on the bass-cut pushes us further into Tone Bender territory, and this more mids-focused lead voice gives us convincing Revolver-era Beatles sounds.

Then we jump to the left side of the unit for some authentic Octavia-like adventures. As with all circuits of this type, showing it the neck pickup of a Strat and rolling down the guitar’s tone control brings out the most prominent up-octave notes – it’s pure Jimi and SRV bliss.

But here’s where that mystery switch comes in: roll off the tone of the octave side internally and, without having to mess with your guitar, you can get a cool, almost synth-like tone that reminds us of Stevie Wonder’s famous clavinet work. Now we know why the switch is called ‘Wonder’.

Using both sides of the SM Octave Fuzz together requires careful balancing of the volume and gain controls… unless sonic armageddon is your goal, in which case you’ll revel in the wild sub-octave wails and riotous fuzz tones of this smartly versatile pedal. 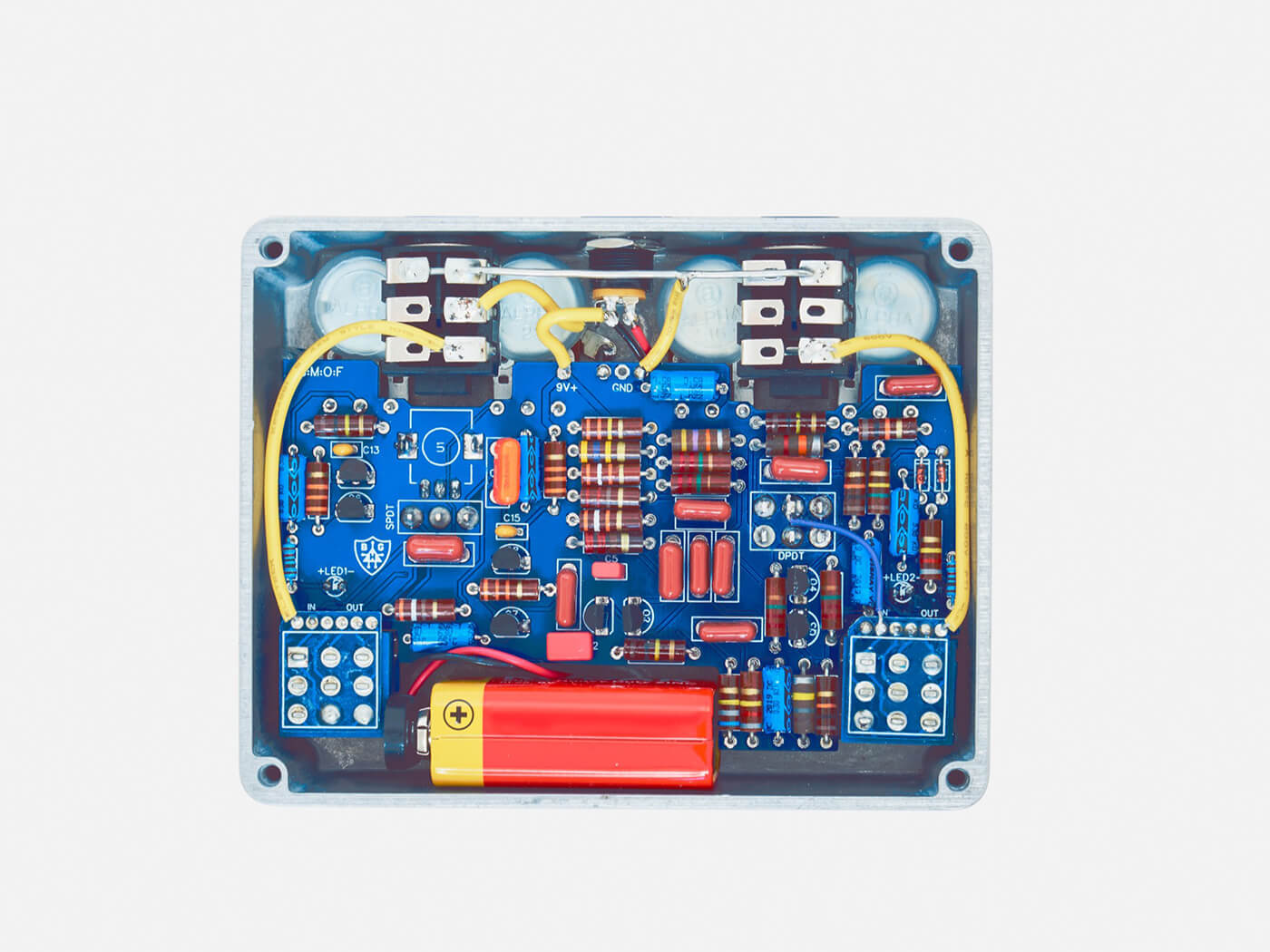