Looking to replicate the unmistakeable crunch of Back In Black? This pedal could be the missing piece of the puzzle. 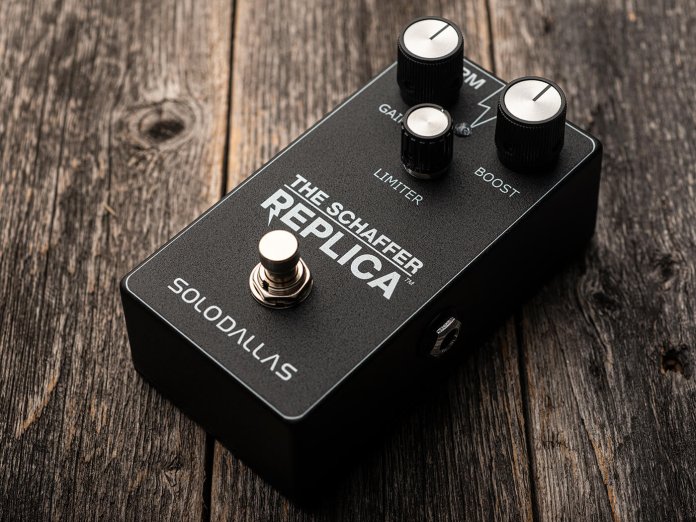 SoloDallas founder Filippo Olivieri has made it his lifelong mission to replicate the searing crunch of AC/DC’s 1980 masterpiece Back In Black. Much research and many gear purchases later, Olivieri realised that the special sauce in Angus Young’s signal chain was, unusually, an early wireless unit designed for stage use that had made its way into the studio.

The Schaffer-Vega Diversity System allowed Young to drive his cranked Marshalls even harder, but wireless technology had moved on since the 1970s, and by the time Olivieri started looking into it, it was long defunct. Olivieri duly sought out its creator, Ken Schaffer, and procured a couple of original examples to reverse engineer with Schaffer’s blessing. With the original’s complex optical limiter, compressor, expander, EQ enhancement and line buffer circuitry fully analysed, by 2014, the first SoloDallas Schaffer Replica units were born, and the circle was soon complete as they made their way into a host of celebrity live rigs, including that of Angus Young himself.

With the initial Tower versions coming with a hefty $1,299 price tag, it wasn’t long before players were clamouring for something more affordable and also a more pedalboard-friendly form factor. The Storm is the latest stompbox version of the Replica, and SoloDallas says it “features a 100 per cent analogue signal path that is nearly identical to our EX Tower.” Time to put it to the test. 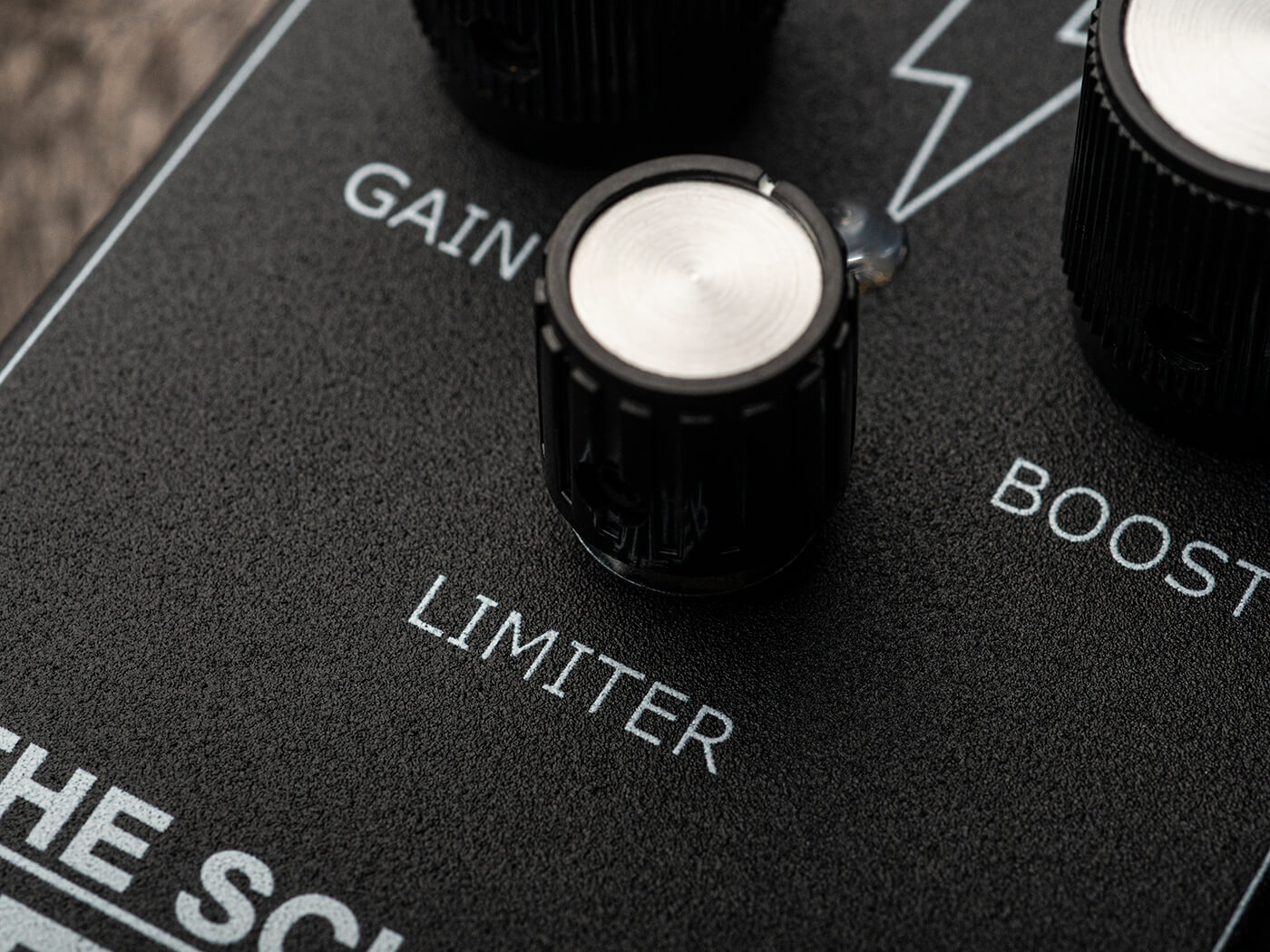 While our lockdown diet means we sadly can’t quite squeeze into our old school uniform, with its metal enclosure, true-bypass footswitch, Neutrick jack sockets and 100% analog circuitry, at least the Storm is ready to rock, and of course it’s only available in black. Controls for gain and level are self-explanatory, while the third knob, labelled limiter, governs an optical compressor circuit.

Donning a PAF-loaded Gibson, we plug into a 1968 100-watt Marshall Plexi and a greenback-loaded cab and turn up, and then turn up a bit more! Stepping on the pedal, we’re immediately impressed at the Storm’s ability to refine and enhance our already spectacular cranked Plexi tone. With the pedal’s gain set low and its boost and limiter controls halfway, the raw, harmonically rich amp tone is enriched with a gritty drive, while velvet-smooth optical compression adds sustain, bloom and girth to our notes. There’s volume increase aplenty via the 25dB boost, and turning up that gain control delivers scorching leads with a unique and almost ‘produced’ feel. 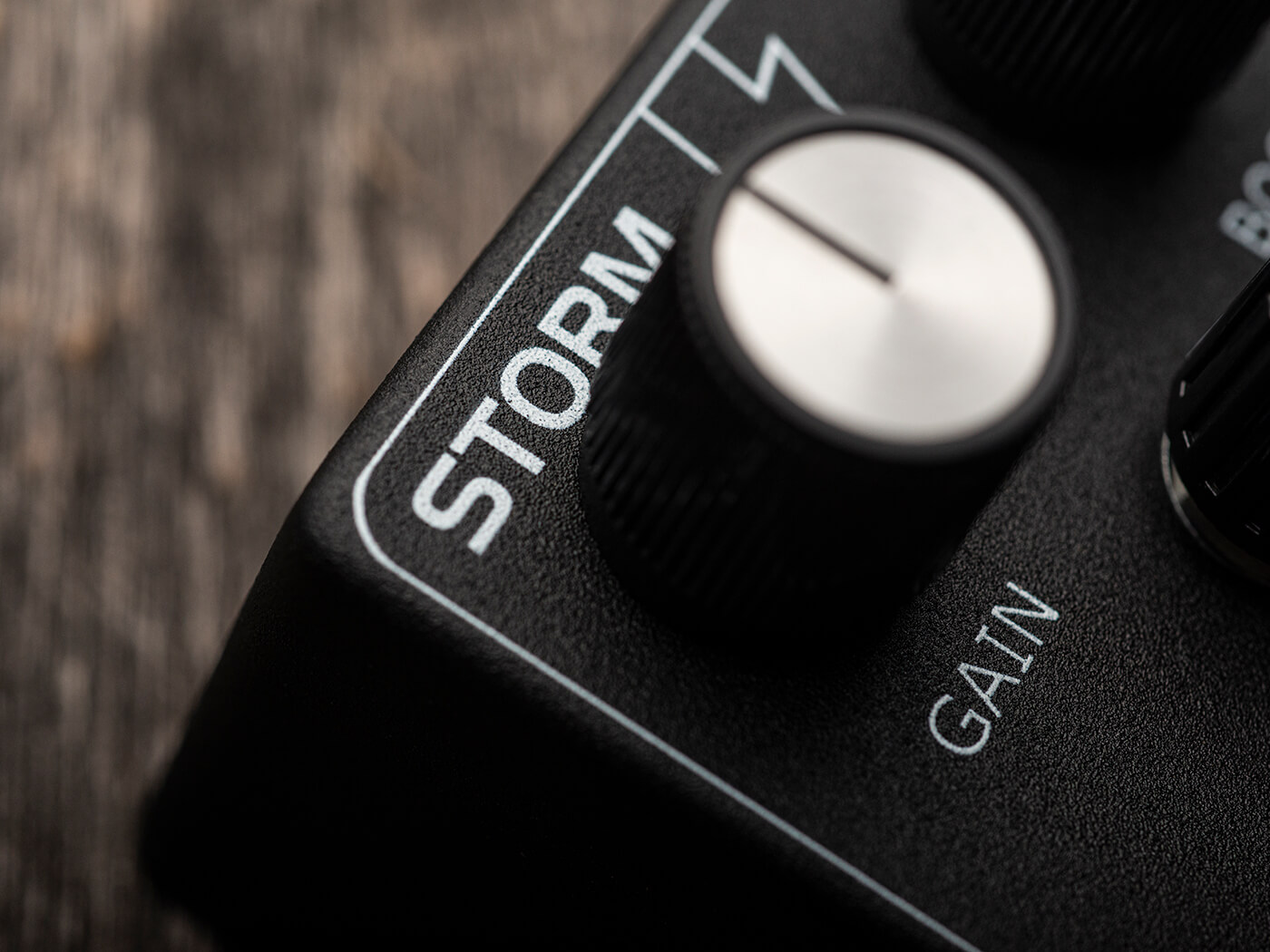 In essence, the Storm adds much of what a decent engineer might in a recording studio to add polish and punch and sit the part perfectly in a track: compression, analogue grit and EQ. The real surprise, however, is how good the unit sounds out of its assumed comfort zone, with a maple-neck Tele into a clean black-panel Fender amp we begin to think of this pedal more as a compressor with added gain controls. Meanwhile, the smooth, warm boost and slightly gritty overdrive textures have more in common with pedals based on recording console preamps than the myriad TS-style overdrives.

With the right rig, this unit gets closer to Angus Young’s tone than we’ve ever heard but don’t dismiss this as a pedal for AC/DC obsessives only. Whether you are one of those about to rock or simply looking for drive and/or compression textures outside the norm, this unit is worthy of attention. 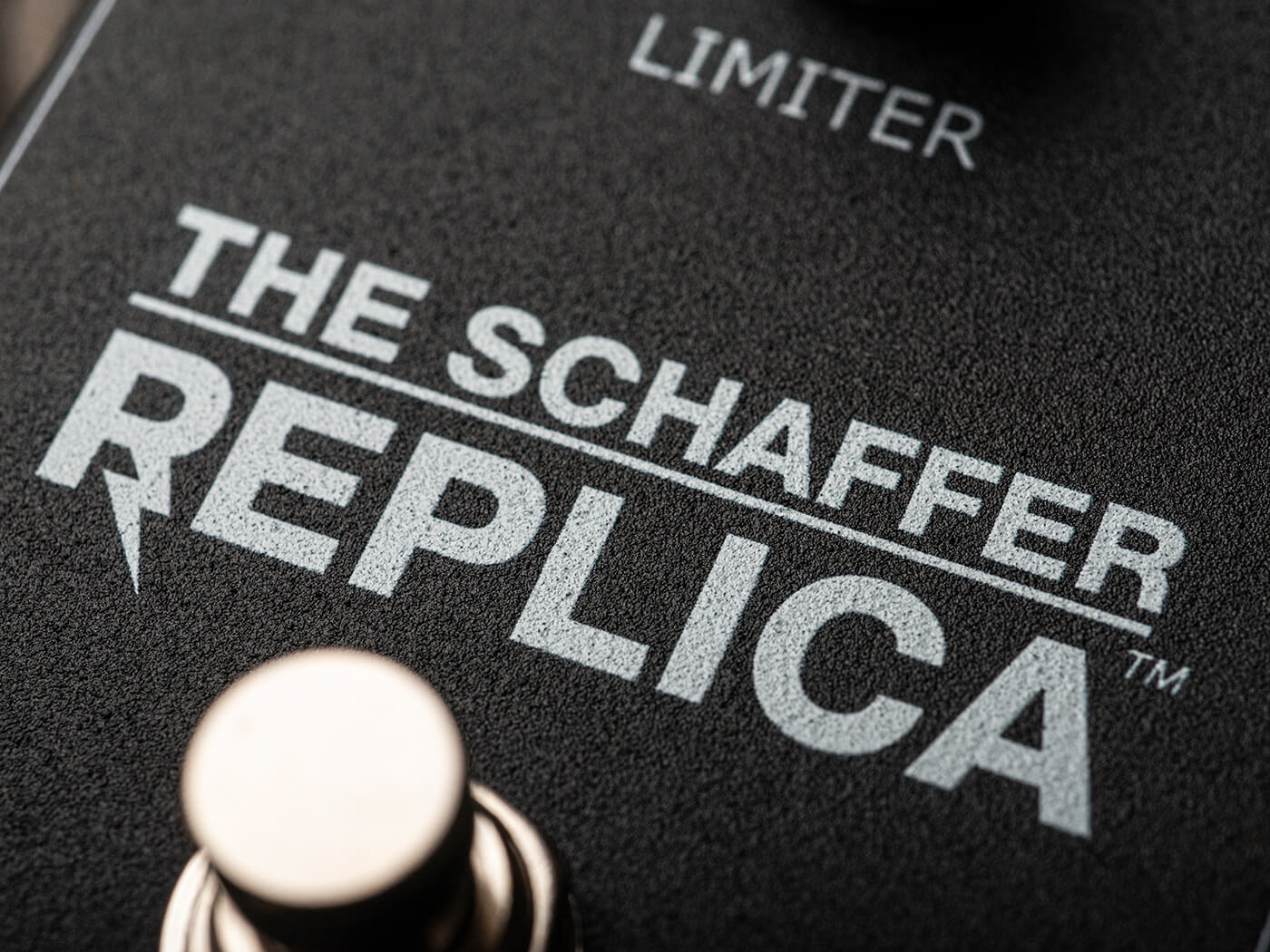