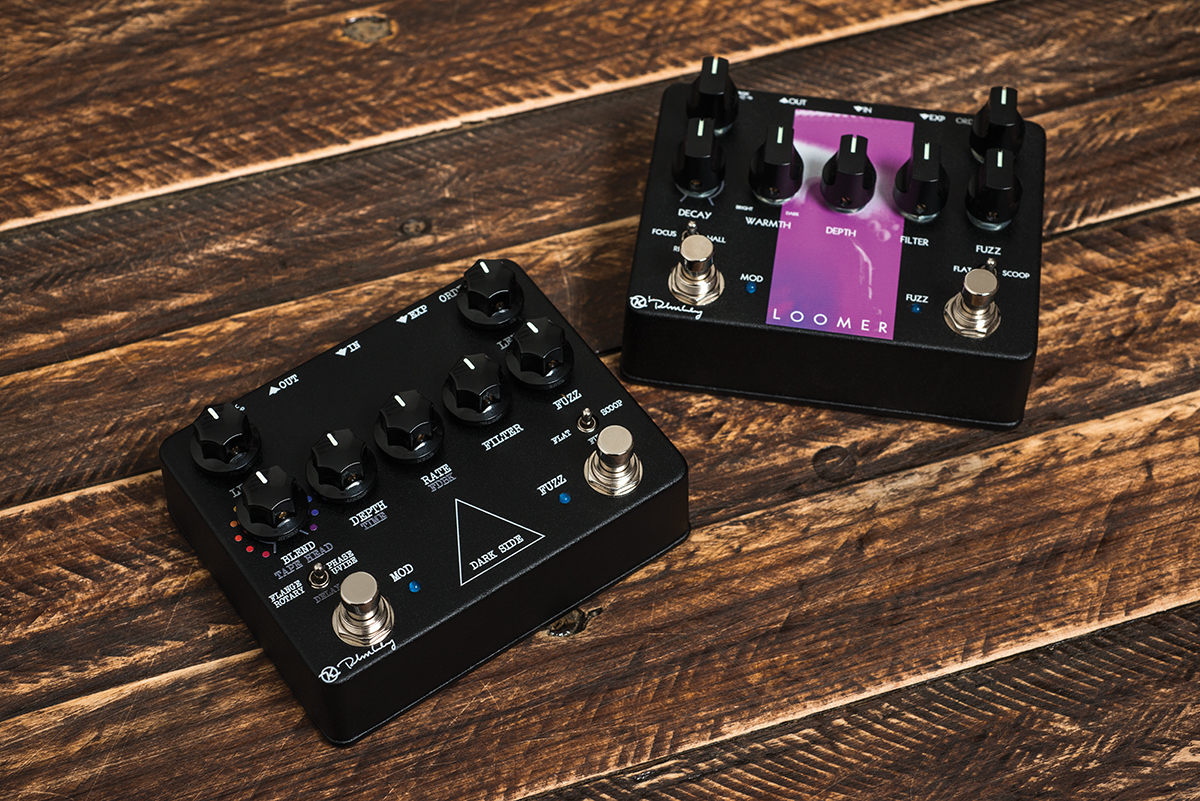 These days, shoegaze may feel more like a fondly remembered footnote, but for many it was the perfect antidote for the metal and poodle rock that had poisoned the guitar pool in the 80s. You could even make a reasonable case that shoegaze, along with grunge, marked the end for ultra-processed digitally derived guitar tones and restored valve amps and stompboxes to their rightful places in the gear hierarchy.

Prog and shoegaze sounds were often crafted skillfully using vintage guitars and amps and a combination of stompbox and studio effects. These now-classic guitar tones can be amongst the trickiest to emulate without insider knowledge of which effects combinations were used and how they were configured.

Has Robert Keeley been able to take the guesswork out of it and pack everything you need for early-70s Pink Floyd and late-80s My Bloody Valentine into one-box solutions? Let’s find out. 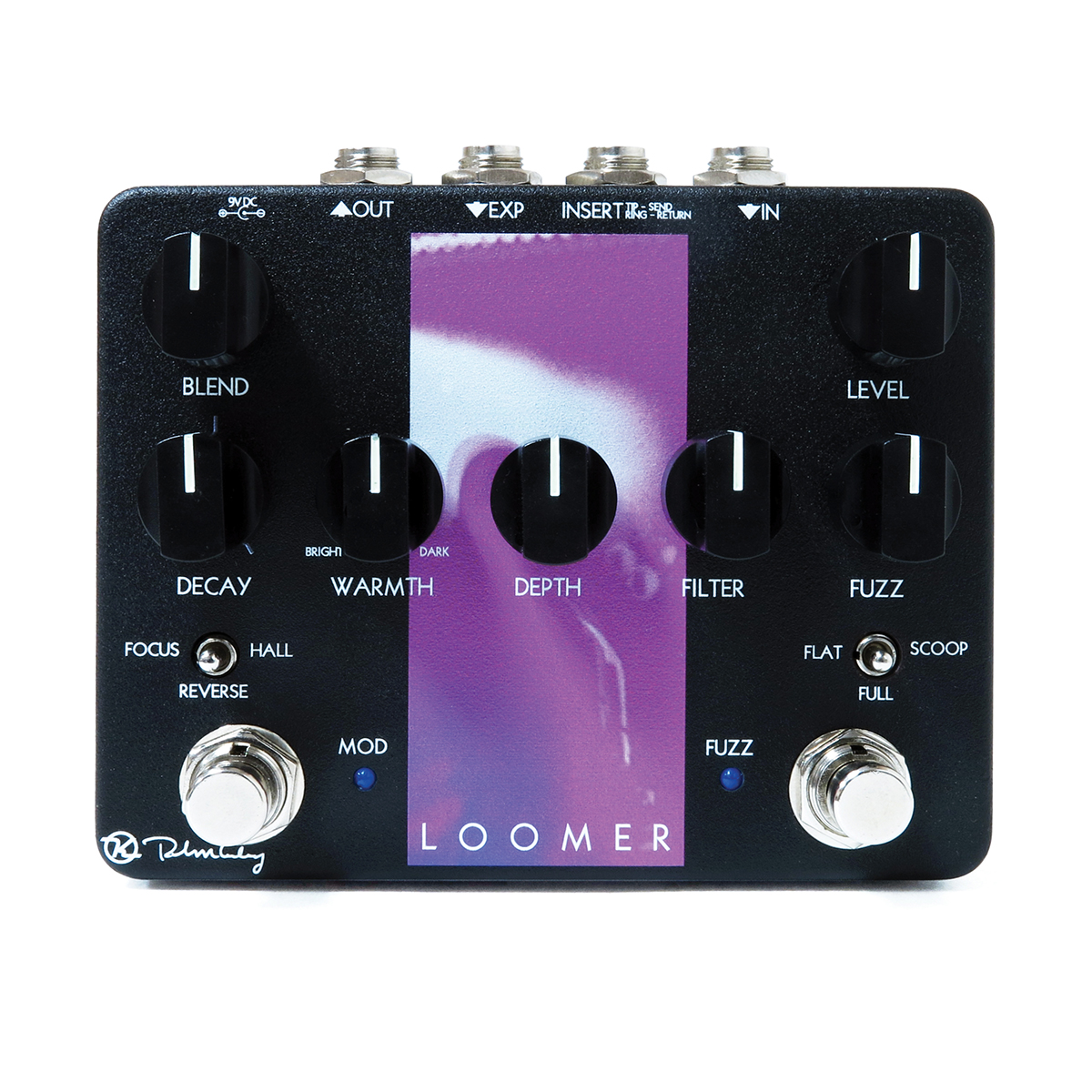 First, an admission – this writer spent the first few weeks of 1990 holed up in a studio recording My Bloody Valentine’s Glider EP and rejoined them later that year for some Loveless sessions. Two guitars were used on Glider – Kevin Shields’ Burgundy Mist Jazzmaster and a borrowed ’64 sunburst Jaguar. The vintage amps were a Marshall JTM45 and a Vox AC30, and both came from Phil Harris’ hire company.

We were witness to Kevin using a fuzzbox on just one occasion – a Tone Bender to record bass through an Ampeg SVT. All the guitar overdrive came from the amps, although Kevin did set up a gated backwards reverb effect on the studio’s Yamaha SPX90, and he mentioned he could dial in the same effect using an Alesis MidiVerb.

In contrast to his studio approach, it seems Kevin’s live setup always included pedals, and these days they are spread out across three boards. The Loomer distills everything down to a fuzzbox and a reverb/delay. The fuzz side has a three-way equalisation switch in addition to a high-pass filter. The other side also has a three-way switch to vary the effect, and there’s a switch to determine whether the fuzz or reverb comes first in the signal path.

In use
The function of the decay and depth controls depends on which mode is selected. Focus is a series of close echoes over reverb that repeat in a seemingly random and arrhythmic manner. The time is pre-set, but decay sets the number of repeats and depth contributes a swirly vibrato. The tone is fairly bright and bathroom-y, but grainy and lo-fi too. The fixed delay time isn’t an issue because it sits under strummed parts to create beautiful floaty pads that don’t interfere rhythmically or harmonically.

Hall is a reverb effect where decay sets the reverb time and depth introduces a harmoniser effect on the tails, two octaves above the fundamental frequency. It’s particularly effective with clean arpeggios and harmonics, sounding more Slowdive than MBV.

Reverse is a reverb that comes via a delay line, with each repeat swelling up to create an effect that sounds backwards but isn’t. Decay sets the interval between repeats, while depth sets the intensity of a pitch bend effect that responds to the envelope of the guitar signal.

It’s a laudable attempt to replicate electronically Kevin Shields’ trademark technique of continuously manipulating the vibrato arm while playing. It actually works well enough, particularly at shorter decay settings, and responds in a way that feels quite natural.

The fuzz element can operate independently, and it sounds as if it’s based on a Fuzz Face or Roger Mayer-style pedal. It cleans up pretty well, and with the guitar flat out it’s raucous, growling and clear. It’s a perfectly decent fuzz that, like the reverb/vibrato side, produces a range of enjoyable and usable effects. Individually, the two sides may not quite set the world on fire but the real magic happens when they’re combined to create a wall of ambient distortion that undeniably captures the shoegaze spirit. 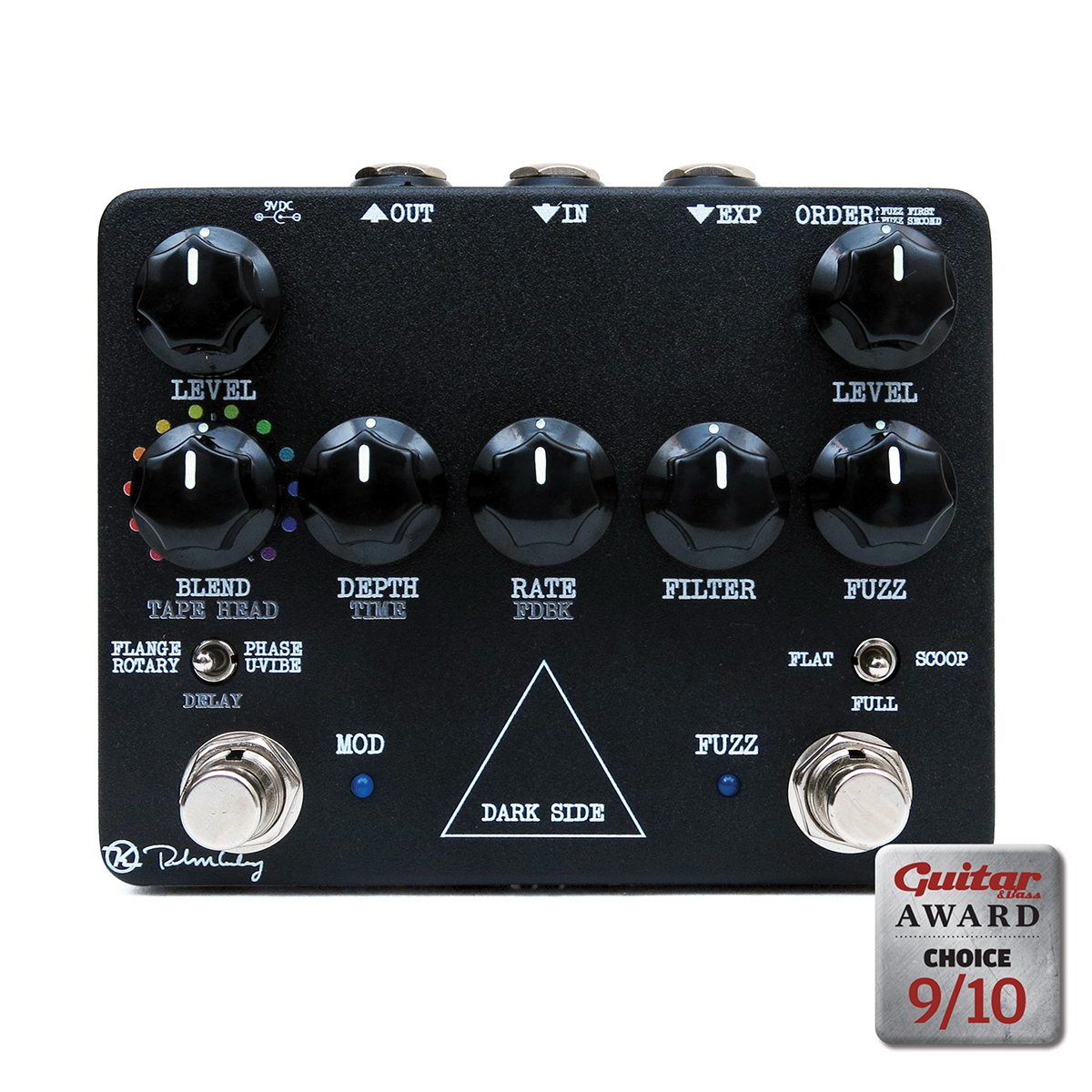 Inside the Dark Side’s enclosure, there’s an analogue fuzz and a 24-bit DSP engine for the rotary speaker, Uni-Vibe, phaser, flanger and Binson-style echo effects. Again, the fuzz has a three-position mid contour switch and there’s a switch to flip the order of the effects. The controls on the left side are multi-function and depend on which mode is selected.

In use
Although the Dark Side’s fuzz has the same three-position equalisation switch, it’s voiced differently to the Loomer’s. It’s a smoother and more velvety sustain to assist in recreating Gilmour’s languid legato style, and it’s no surprise to learn it’s based on an op-amp-driven Big Muff circuit. Our EHX Little Big Muff sounds smoother, fatter and very slightly clearer than the Dark Side fuzz,but Muffs are inconsistent and Keeley’s circuit is a variation on the theme with tighter lows.

Flange mode is polite and tasteful rather than sweepy and extreme, but it’s all the more useful for it, and the rotary speaker effect sounds convincing at slow to medium-fast rate settings. Similarly, the phaser effect is smooth and full but not overpowering, and the Uni-Vibe simulation delivers authentic Hendrix- and Trower-inspired fun.

The real stand-out is the Binson echo simulation with 12 preset ‘head’ combinations for seemingly endless multi-tap echoes with subtle pitch modulation and the facility to generate and control feedback. Played clean, you can lose yourself for hours in rhythmic loops, or you can hit the fuzz for soaring leads.

Given a straight choice between the Dark Side and a pedalboard of individual effects, we might choose the latter for the extra scope and ease of switching on the fly. However, it certainly impresses as a single-box, small-footprint solution for Gilmour-esque sounds, and its practical limitations wouldn’t be an issue in a recording scenario where you’d have time to switch between modulation options and finesse the effects.

The Dark Side has perhaps the broadest appeal of these two pedals because it isn’t so easily pigeonholed. Even if you’re not a Gilmour fan, you can enjoy all the effects for what they are. The Loomer is more of a niche product that, by successfully delivering on its promises, is limited as a multi-function effects unit in comparison. 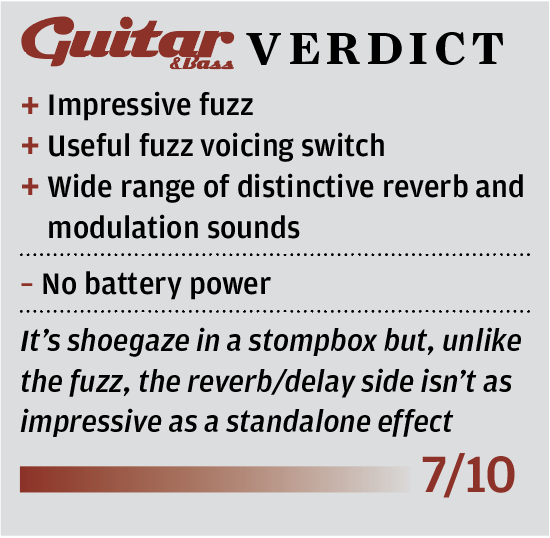 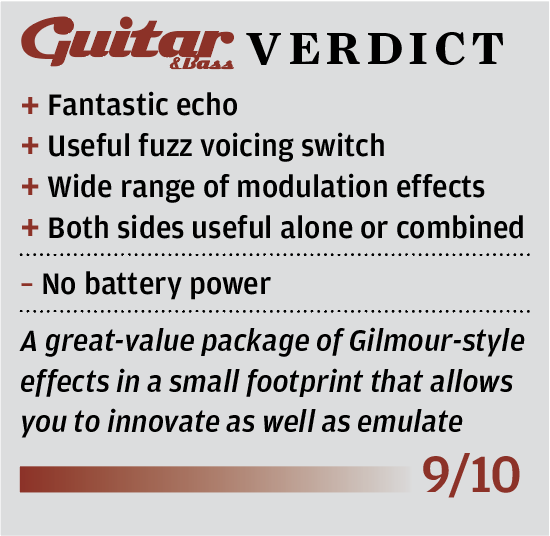