A double-barrelled helping of +15db plus an effects loop to hammer both ends of your pedalboard simultaneously. 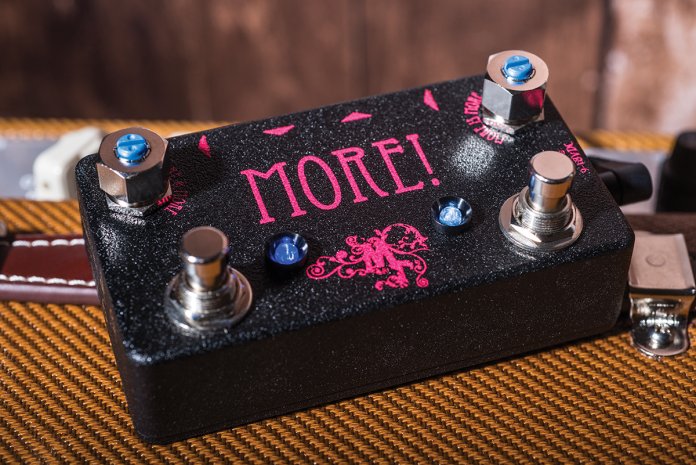 Monty’s Guitars is one of London’s best kept secrets when it comes to hand-made custom pickups and wiring harnesses for the discerning electric guitarist. Originally starting life as a repair shop, the company has become something of an armoury catering to players on a one-to-one basis. To be released in extremely limited numbers, the More! boost is the company’s first venture into the wonderful world of effects pedals, and was designed in collaboration with Audio Kitchen guru Steve Crow.

The packaging of any product often speaks volumes about the intent behind it. The Monty’s Guitars More! arrives in a glass mason jar filled with straw. Once successfully extracted, we find that the pedal itself is shrouded in luxurious black tissue paper closed with a wax seal like a sonic papal bull. Pick the change out of that, your Grace… 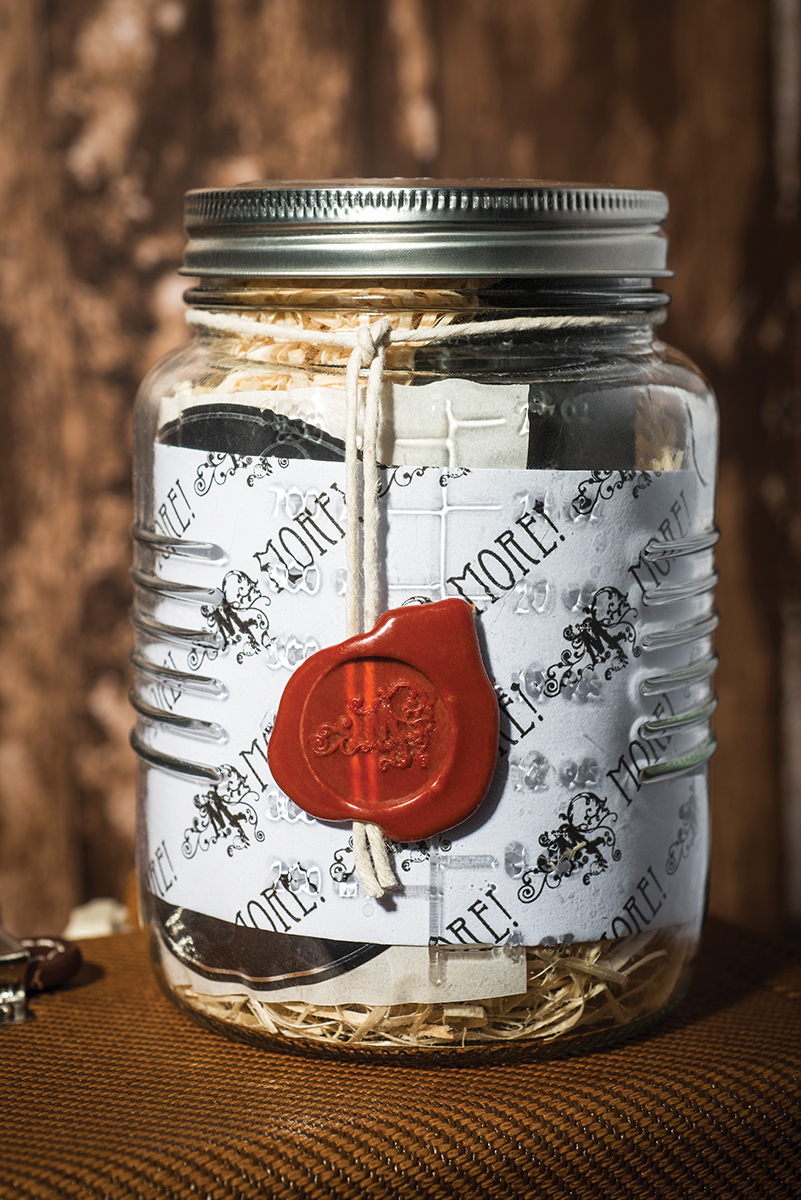 The brains of the More! are housed in a small metal enclosure with a textured matte black finish. Meanwhile, the logo and control labels are screen-printed in a powerful shade of hot pink last seen by this reviewer adorning a 10-string BC Rich Bich in the halcyon summer of 1985.

Each of the two footswitches is accompanied by an LED for visual reference and rather than standard control knobs, the More! features hexagonal volume nuts which once tightened allow a ‘set and forget’ approach to your gain stage.

The More! is a JFET boost of two parts, and it is worth noting that each half, while identical in design, can play a distinctly different role in your chain. The ‘More is More’ half provides a crowd-pleasing +15db and has its own loop that hits any pedals in its chain. This will not necessarily make your signal louder, instead it adds a shot of ferocity to whatever you have put in the loop. 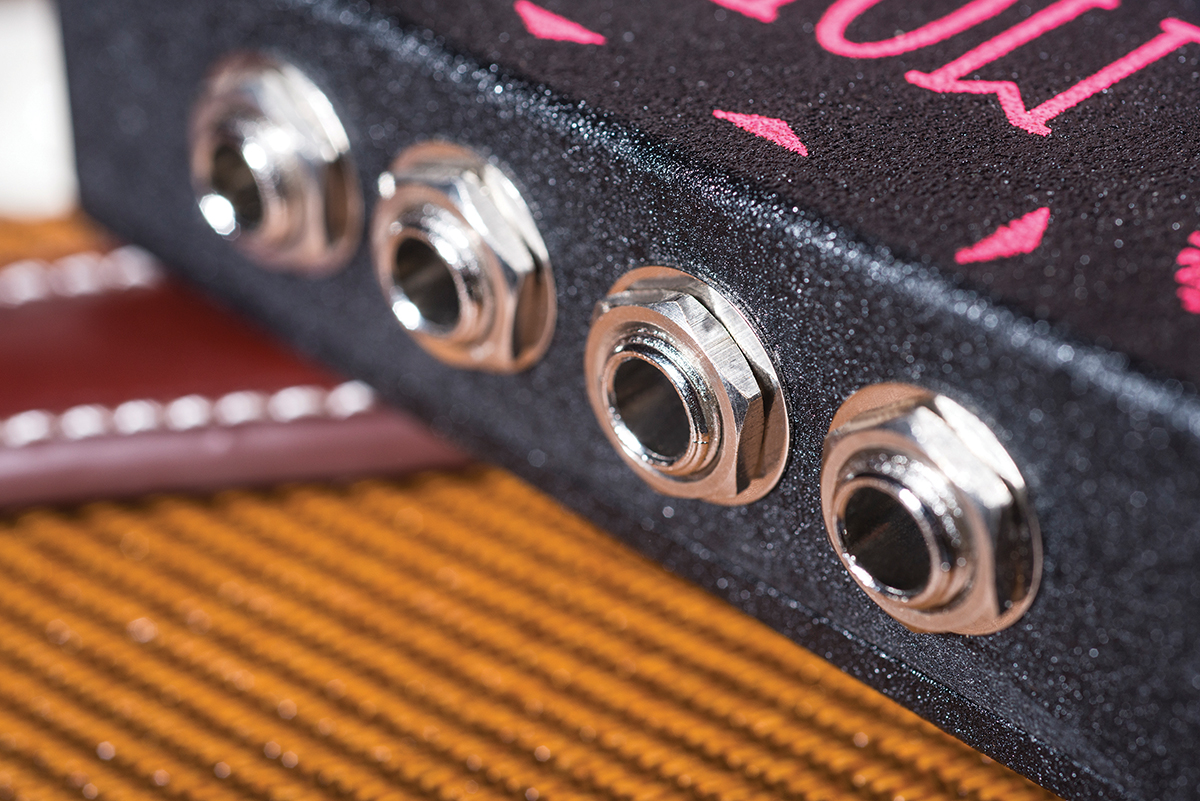 The ‘More and More!’ half of the pedal is designed to go somewhere near the end of your signal chain. This time the boost hits the front end of your unsuspecting amp. Hard. This effectively gives your amp (in our case a hand-wired Vox AC4) an extra channel and is handy when it comes to cutting through a band mix for solos.

For an ostensibly simple pedal the More! proves extremely versatile, affording the player an ‘always on’ high-quality transparent boost with the ‘More is More’ engaged and immediate access to as much grunt as anyone is likely to need with the ‘More and More!’. It is however, with the inclusion of the effects loop, that the More! really comes into its own, adding power, detail and dynamic range to anything you plug into it. 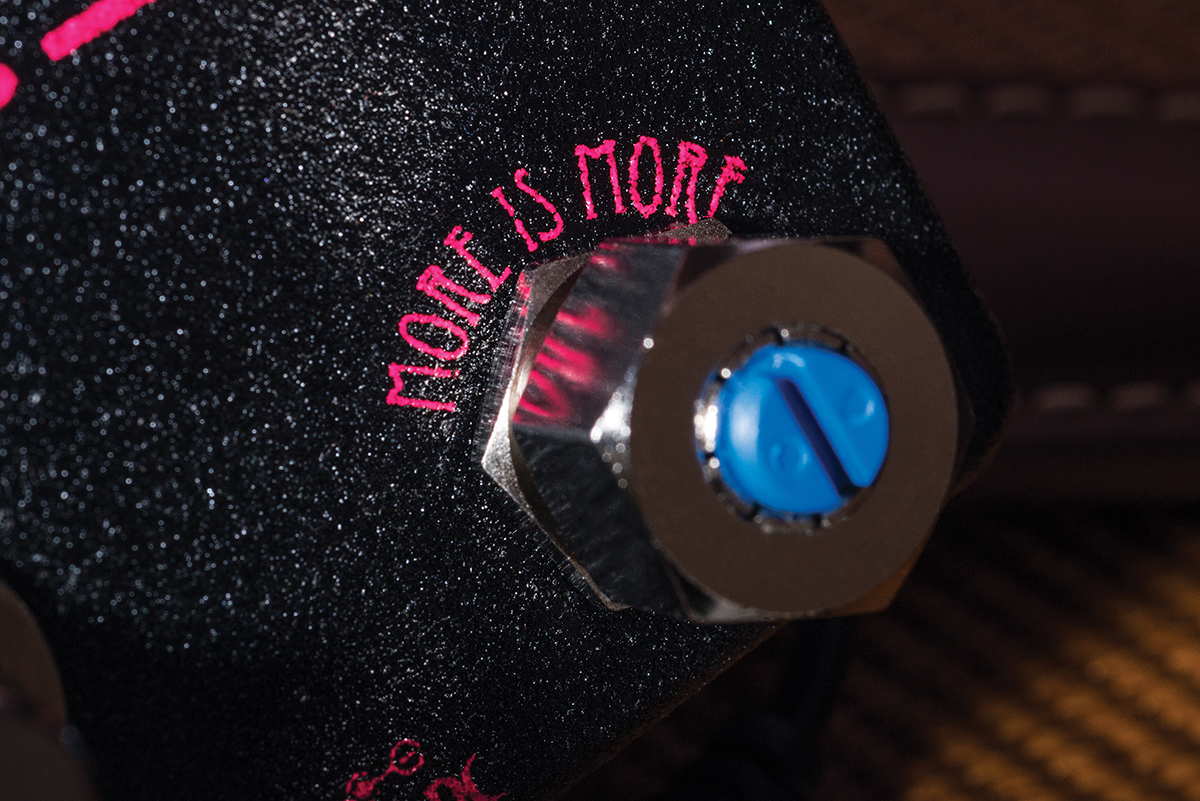 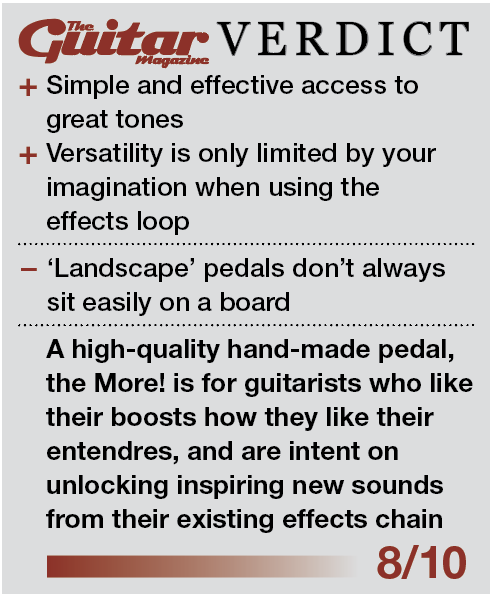