Peavey has joined the lunchbox frenzy with mini versions of some of its best-known heads. 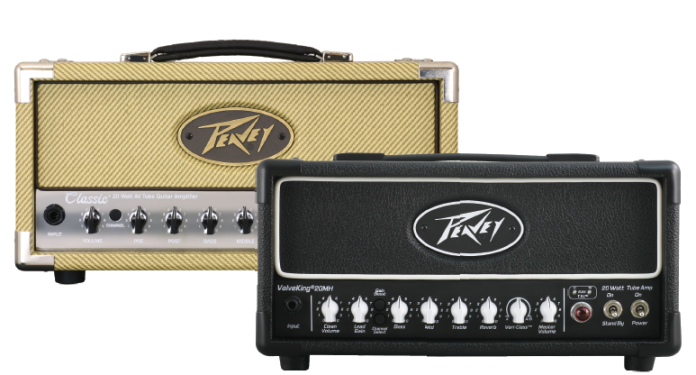 Luckily, amp makers have heard their anguished groans. Following a trail first opened up by the Orange Tiny Terror, there’s now a flourishing market in `lunchbox’ heads ± many of them driven by a pair of EL84s to deliver a giggable 15-20 watts of genuine all-valve tone into whatever size of cabinet you can still be bothered to carry.

Rather than designing a whole new amp, Peavey’s approach has been to create `miniaturised’ models within three of its existing ranges: the vintage-styled Classic, the more modern-featured ValveKing and the none-more-metal 6505. On test here are the 20-watt `MH’ (mini head) versions of those first two: each using three ECC83s and two EL84s, and each offering two channels plus a switchable gain boost and digital reverb.

Other useful features shared by both amps include a switch for attenuation down to five watts or one watt, mic-simulated XLR and USB outputs for DI, a headphone output, an effects loop and tube status indicator LEDs for making sure the output valves are running OK. Both come with a two-way footswitch, but where will you plug it in? There’s one input for bypassing the reverb and/or the effects loop, and another for switching channels and/or engaging the boost. If you want to control all four you’ll need a second footswitch ± watch out for all those cables.

In case the name isn’t enough of a giveaway for you, Peavey’s Classic amps are dressed in smart tweed jackets that represent a clear nod to the gutsy, all-American vibe of the first Fender amps.

They even have the same mirror-like control panel with black chickenhead knobs and white lettering that, in the case of the 20MH at least, will prove almost impossible to read in low-light situations.

The most important features, once you manage to make them out, are a three-band tonestack and three volume controls: preamp for the clean channel, pre and post for the overdrive. There’s a push-button for channel switching but, curiously, not for engaging the boost – that appears to be footswitch only. 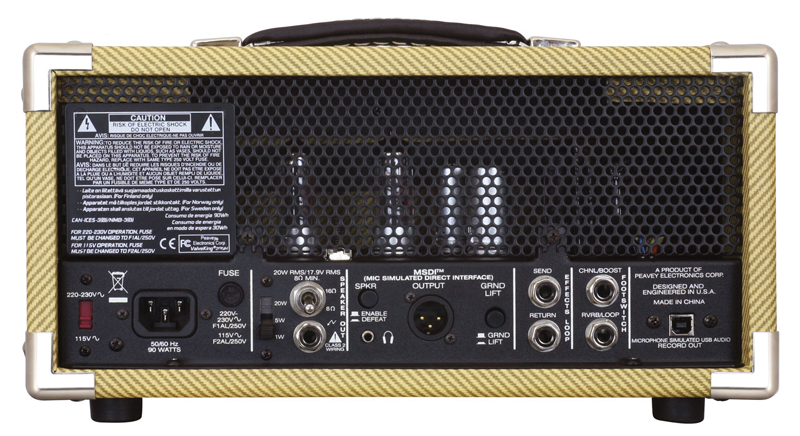 This is a loud 20 watts. Single coils stay clean up to 6 or 7 on the first channel’s volume control and it’s a big, fat, ringing tone. The EQ controls do nothing particularly dramatic, but they are useful in a thoroughly musical way – you can crank them right up or right down and they will change things, but without destroying the core of the tone.

The crunch comes in gradually as you get towards the top of the volume dial and you can get some pretty huge rhythm tones here, with nice natural compression.

Plug in the footswitch and that `hidden’ boost works fine at giving everything a slight lift in level, but for full-on overdrive you’ll need to switch channels. At this point, we urge you to be slightly reckless and start with the `post’ control at full blast; you may well decide to keep it there. It’s basically a not-very-nice master volume control, and doesn’t need to be turned down very far in order to drain all the meaty juice out of the Classic 20MH’s distorted voice – changing down to five watts will actually do less damage to the tone.

What you do get with everything opened up is a solid mid-gain rock sound with plenty of bark, though noticeably less low-end warmth than through the clean channel.

While we’re on the subject of warmth, the reverb has clearly been treated with some sort of modulation effect to add some; at high settings you can hear it pulsing away like a chorus pedal, and it’s not an especially likeable sound.

What’s more, when using the footswitch, we found there was a very slight trace of ‘verb left in the signal when bypassed. Some issues, then – but nothing that stops it from being basically a very nice amp.

Now we’re dealing with white italic letters and white chickenheads on a black panel – a distinctly non-classic look that may have many blues fans spitting out their moonshine in horror, but at least it’s readable.

The connections on the ValveKing’s back panel are identical to those on the Classic 20MH. However, modernity means more control over gain structure, and that’s what we get on the front.

As well as an overall master volume control, there are preamp gain knobs for both channels and, in the same spot where the Classic has only one push-button there are two – so this time you can engage the boost without a footswitch.

There’s also a control labelled Vari-Class, for moving the output valves out of standard Class A/B operation towards something more like Class A – which is less efficient, but it doesn’t sound too shoddy in a Vox AC15, does it?

We won’t dwell for too long on the clean sound with this one – not because there’s anything wrong with it, but because it sounds pretty much the same as the Classic’s. Sadly, though, our review amp quickly throws up another minor annoyance: for some reason the push-button for the boost doesn’t work on this channel, although the footswitch does.

And when we do go over to the dirty side – with either the button or the footswitch – there’s a brief but quite audible moment of drop-out before it kicks in. This does not sound good, and we hope that it’s a rare fault in our review unit.

The overdriven tones themselves, happily, do sound good – as long as you have a liking for all things aggressive. There’s definitely more gain to play with in this amp than in the Classic 20MH, especially if you throw the boost into the mix, and bottoming out the middle control brings a fine scooped metal tone.

The Vari-Class control does not alter the whole character of the amp, but it’s noticeable that moving towards Class A makes the overdrive a little smoother and fizzier, at the expense of some power and punchiness. It’s a canny little feature in an amp that’s capable of doing more than just all-out metal sounds. 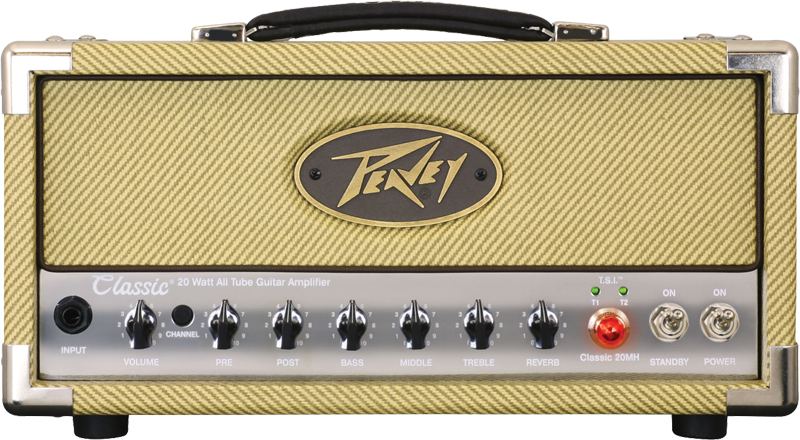 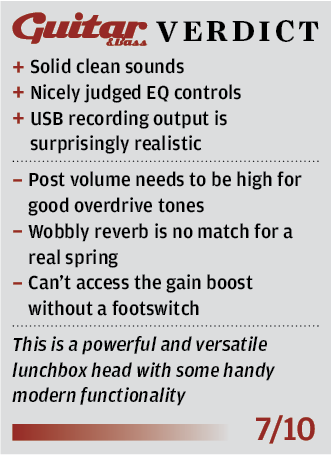 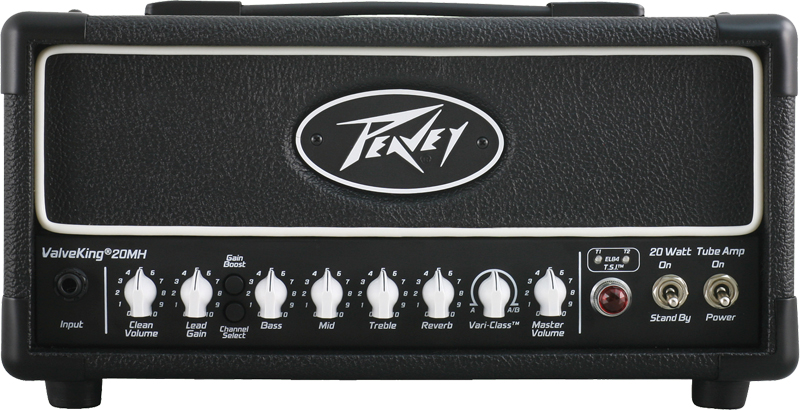 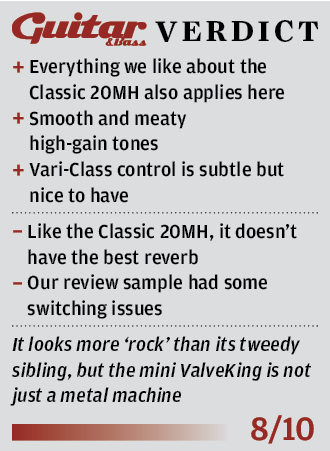