After many years of touring and writing with her band Hands Off Gretel, Yorkshire punk-rocker Lauren Tate cocooned herself in anger at the misogyny and social injustice she saw around her and emerged as fiery new rap-rocking alter-ego, Delilah Bon. 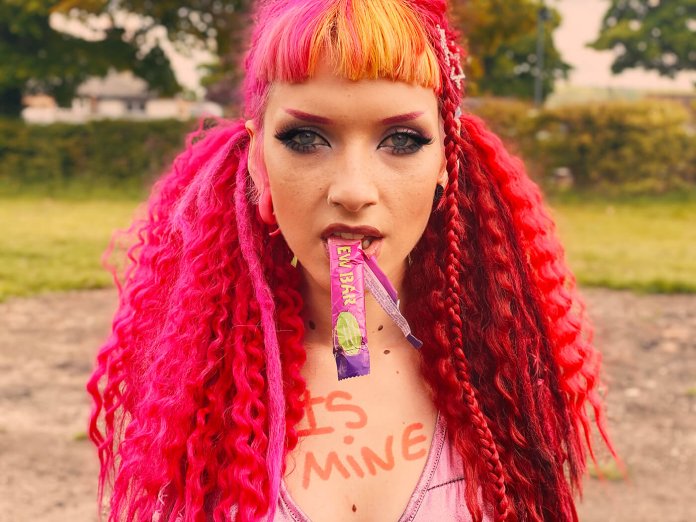 Who is Delilah Bon and why did you feel the urge to bring her to life?

“Delilah was created last year completely by accident. I was touring with my band [Hands Off Gretel] when I spoke out about women’s safety at shows. I wrote about my own experiences online, how I was having to deal with men trying to kiss and touch me off stage, only to be met with resistance from people saying I was asking for it because of how I chose to dress. I was riddled with anxiety then, playing shows.”

“A man started shouting ‘hashtag me too’ at me on stage as I tried to sing, and I saw girls getting shoved to the back. I had so much I wanted to say but I was hitting a wall creatively, I guess that’s why I started rapping last year, I had so many words and this allowed me to get them all in. Delilah’s songs started off to empower myself when I felt small. I realised quickly she could be that for other people too, she’s like a big sister to so many girls and non-binary kids now.”

How does your song writing differ as Delilah Bon from Hands Off Gretel?

“Every idea of my Delilah songs start as hummed basslines or hooks into my phone before I even pick up an instrument. It’s really transformed my writing style, being able to visualise the track before I even write it. Sometimes it starts with a topic, or a music video idea, then I hum a riff and pick up my short-scale Fender bass to bring it all to life. Producing as I’m writing means I can layer many different instruments to create unique sounds for each song which sets it apart from recording as a band. The sound I make is a mesh of all my influences; old-school Salt N Pepa girl gang vocals, fuzzy nu-metal guitars with occasional metal-style scream vocals, Rico Nasty style snarl and Eminem sarcasm.” 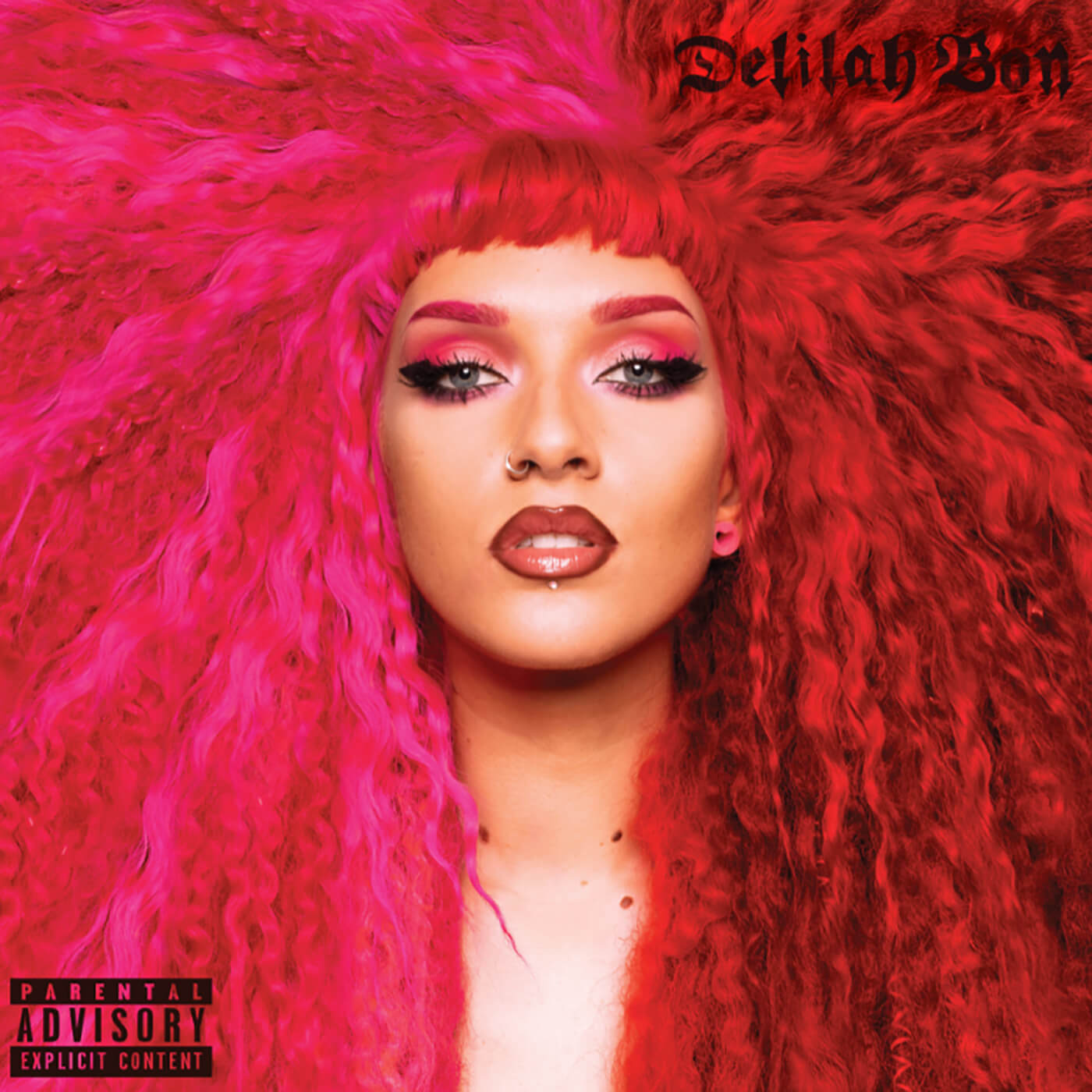 What was the experience of self-producing the entire album like?

“I’ve always had an ear for production. Many times, producers have found my input to be annoying. I’ve had to push for a lot in the studio, particularly with effects and how I like to hear my vocals. Producers tend to use a lot of auto-tune and reverb, aiming for that perfect, smooth vocal and it’s always a battle having to fight for any creative input. Naturally, I had no intentions of involving a producer when I created Delilah, it was my chance to really see what I could achieve without them. I hope to work with the right producers eventually, I wouldn’t rule that out, I just need to prove to myself and the many people that have doubted me throughout the years.” 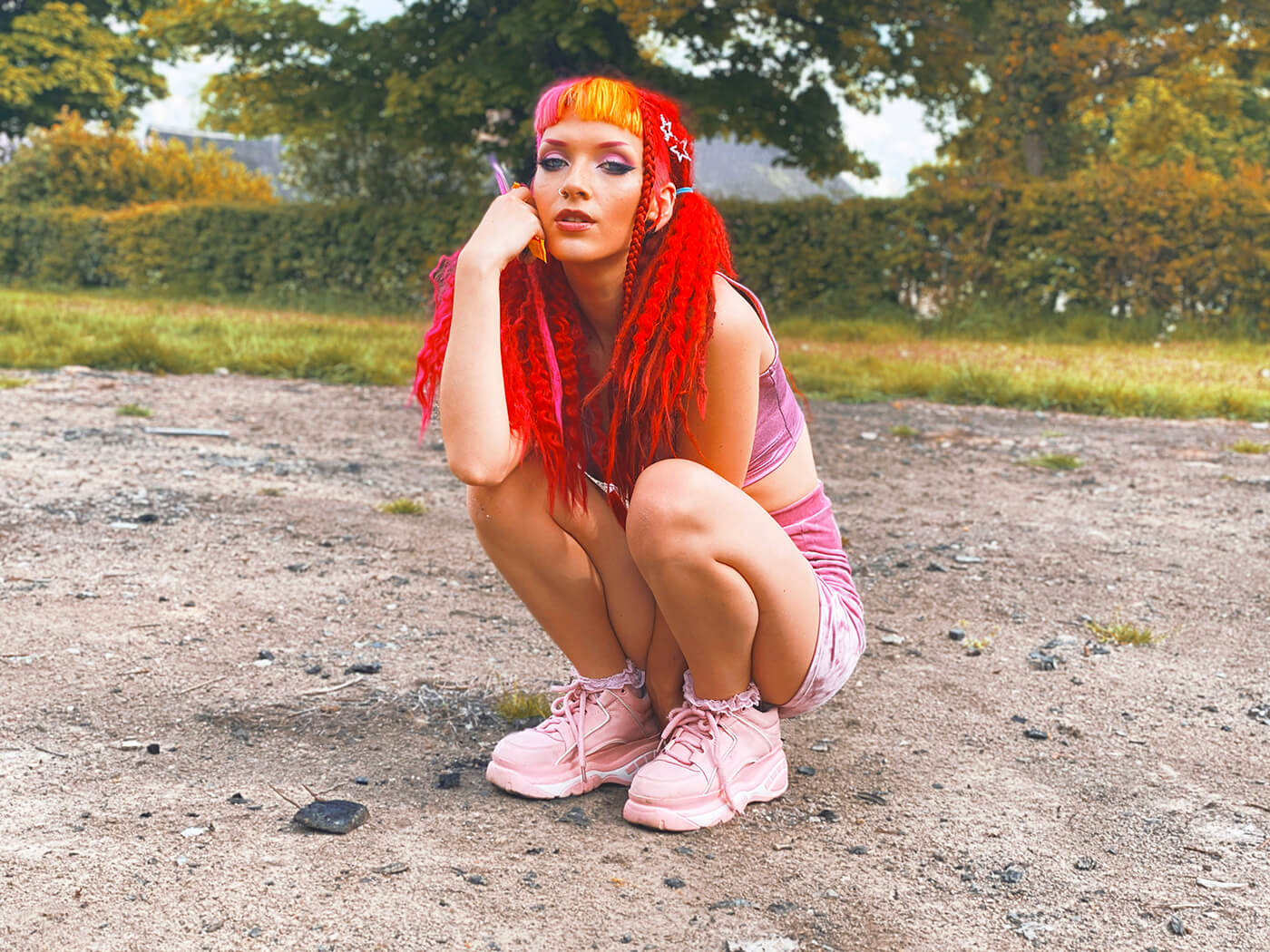 What influenced the fuzzed out tones on the record?

“My teenage years were Nirvana and Hole, Babes In Toyland and Mudhoney; the grungier the better. I loved the chaos of their guitar tones, the offsets and Big Muff pedals. Meeting Sean, the guitarist of my band, really made me fall in love with fuzzy guitar pedals even more. The Boss DS-1 was the first I owned because of Kurt, then the Way Huge Swollen Pickle and of course Sean’s favourite, the Electro Harmonix Big-Muff. In my studio set up right now I have the Positive Grid Bias FX 2 guitar preset which I use for heavier tracks, but mainly I use the standard Logic presets and tweak the crap outta them!”

Tell us about your main guitar and pedal set up…

“Over the years I’ve had a Squier VM Jazzmaster, a Fender HH Mexican Jazzmaster, a Squier VM Mustang… Now I mainly use my relic’d American Stratocaster with a Suhr humbucker in the bridge and two Fender Texas Special single coils. I mix it up between the Swollen Pickle by Way Huge and the Boss DS-1 on tour with my band, though lately after upgrading to my Fender Twin amp I tend to just use the clean and drive channels.” 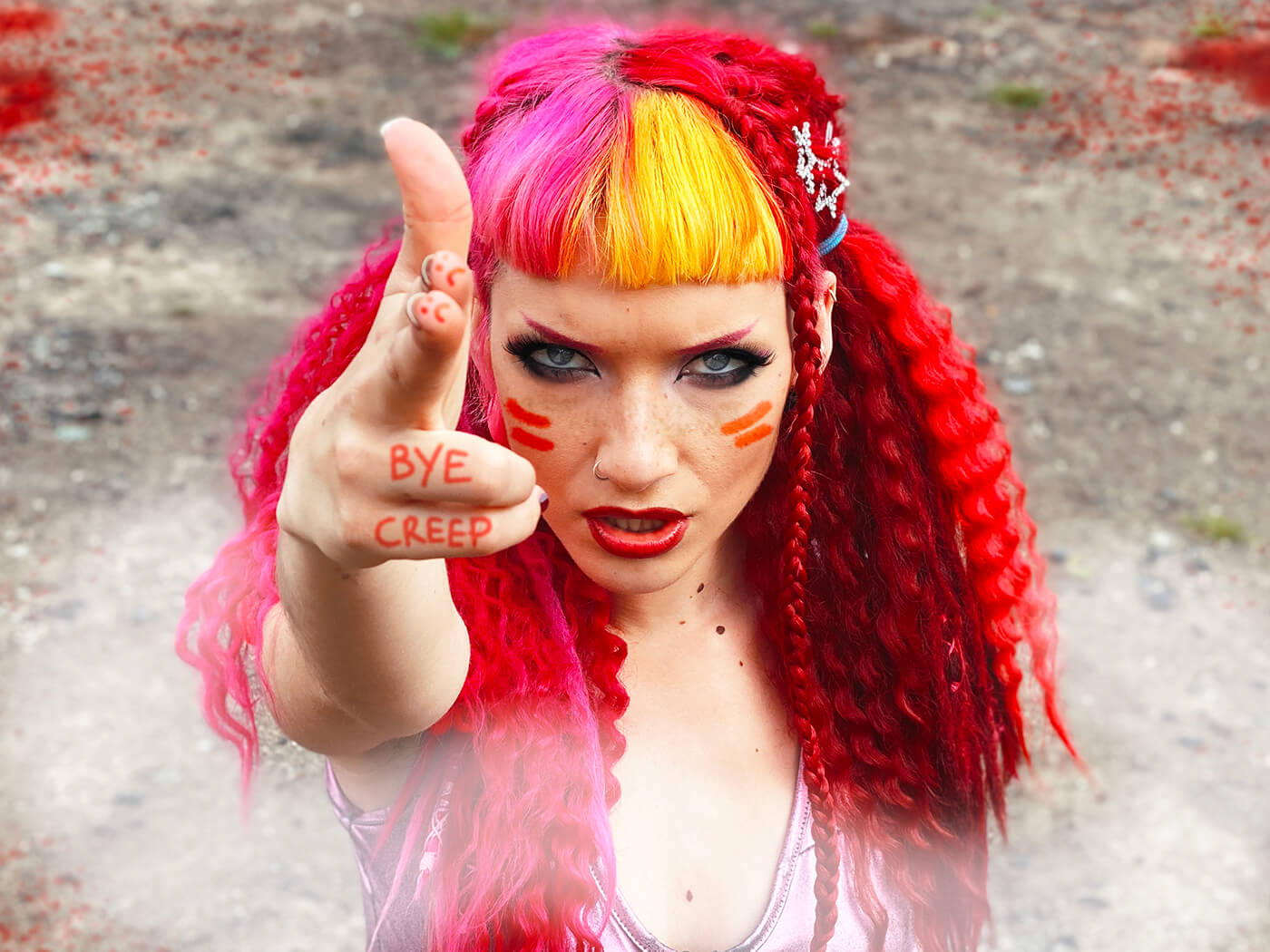 Tell us about a guitarist who inspires you…

“Kurt Cobain, obviously, but I’d like to mention Kat Bjellend from Babes In Toyland, too. Her playing style is ferocious and just bonkers, I love it so much. The way she holds her guitar, up on her tip toes as she screams, made me want to play when I was a teenager, seeing a woman as wild as that.”

“What I always loved about Nirvana songs was the fact I could actually play them when I started out. I try to keep the riffs simple and fun, especially with my bass lines. I imagine young girls starting out and buying their first guitar, I wanna be the first songs they learn and play with confidence. I’ve never been interested in playing solos or learning to shred, my style of guitar sits alongside the vocals, doesn’t distract, just acts as fuel to the vocal fire when I need it. I love stomping on that fuzz pedal and blowing up the chorus. Thank you, Mr. Cobain.”

Which song off the new album are you most excited about playing live and when can we see you play next?

“I’m so excited about playing Chiquitita live. Whilst writing and producing this album I’d take breaks every few hours to just hit play and dance around the room, fantasising a crowd in front of me. I wrote Chiquitita about an older woman who wants to let her hair down and go wild but feels held back by her husband. I get shivers just thinking about what the live show will be like when I eventually hit the road. I’m touring the UK with my band this year but hopefully after that Delilah can have a turn.”

What does the future look like for Delilah Bon?

“There’s just so much music to come as I evolve as an artist and continue to scare and challenge myself every day. I want to do a horror project, star in my own movie, create the Delilah comic book series, tour with my own Delilah Bon circus of boss babes… the list is endless. I’m so grateful thatI have so many ideas, the future is mine!”