Five guitarists on fame and their road to it

The journey to becoming a famous musician is long and winding, but reaching that point also has its perks and pitfalls, say these five guitarists. 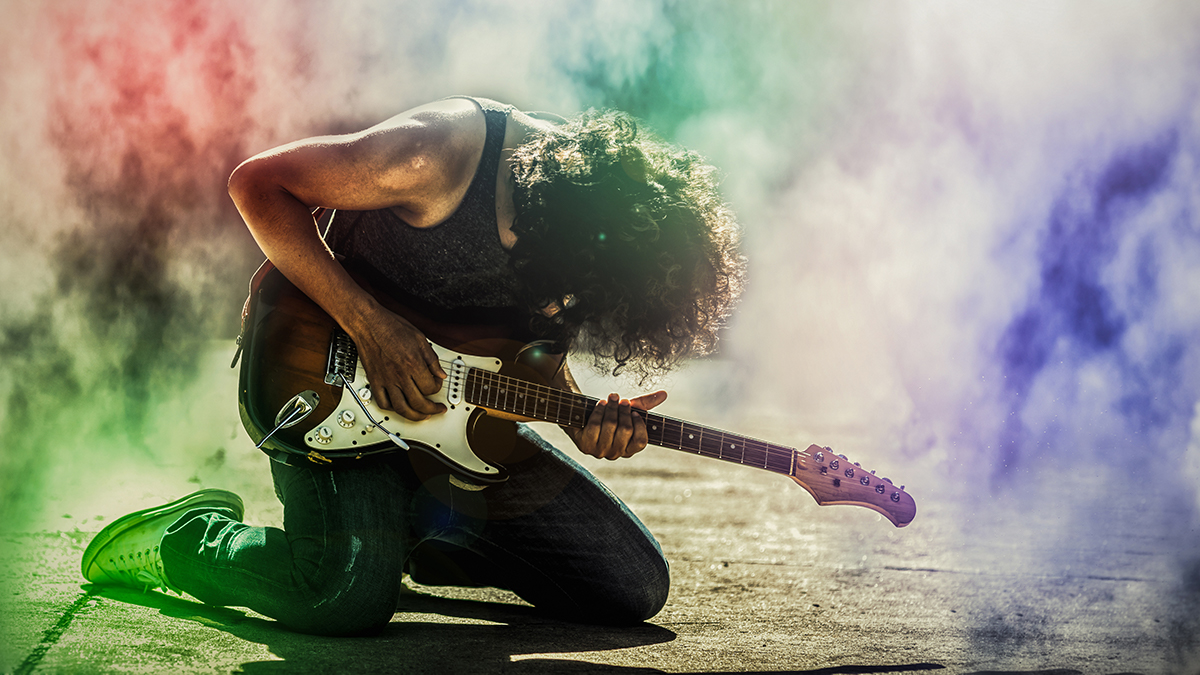 Before the bright lights and legions of fans, every celebrated musician started out the same: with an instrument and a dream. Fulfilling it is another story altogether—some spend years on the road, others keep trying new things, and a few, well, get lucky. And once they get there, many find it isn’t all peachy. Hear from Joe Perry, Steve Vai, Sheryl Crow and other household names on this strange thing called fame.

“I wanted to be a marine biologist”: Joe Perry 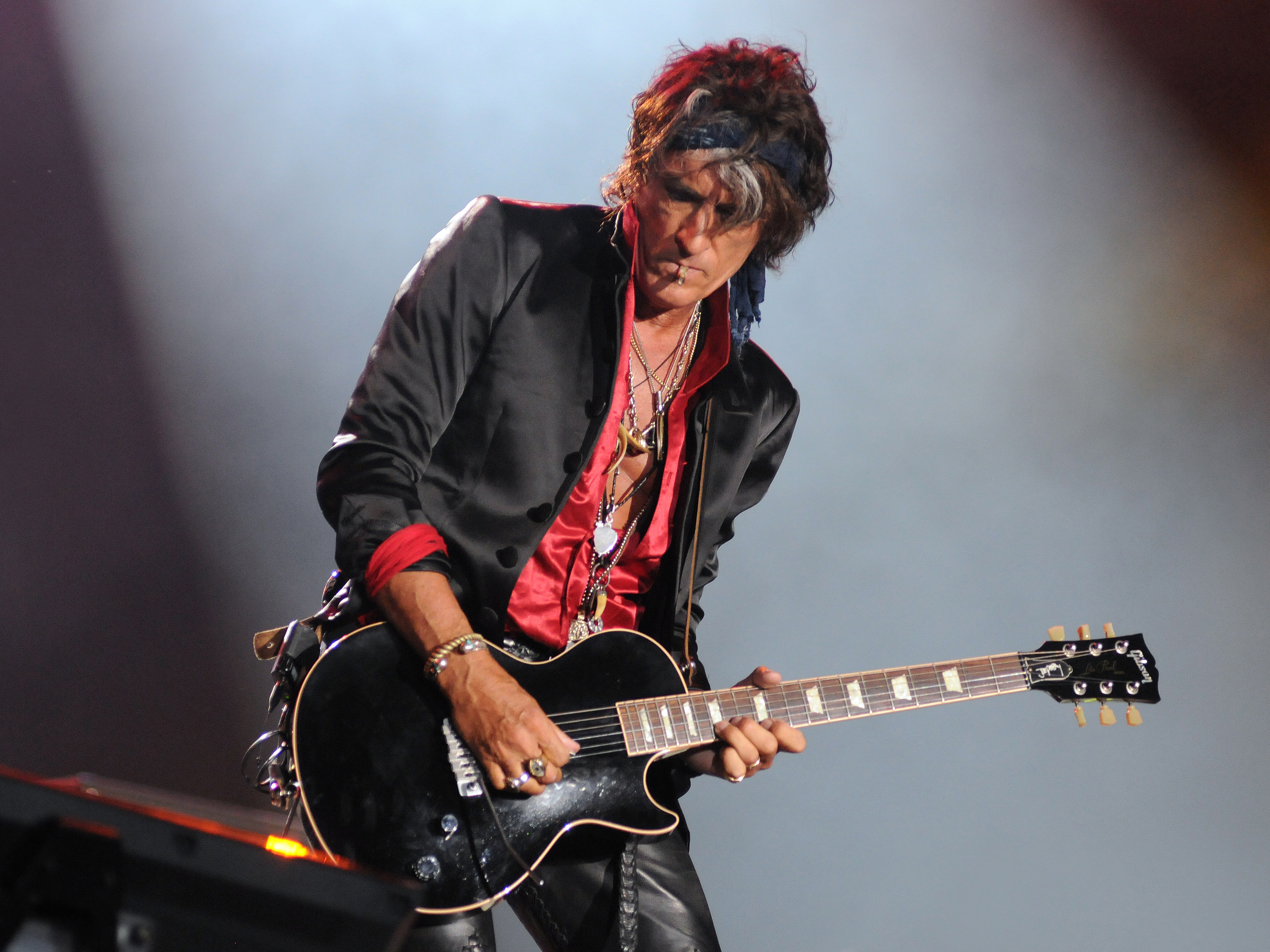 If he weren’t Aerosmith’s guitar slinger, Joe Perry would’ve been a marine biologist. One of his childhood heroes was Jacques Cousteau, the legendary oceanographer, and he still is fascinated by the “unknown part of the ocean.” “I suppose that’s the theme that runs all through my life: a big interest in the unknown,” he told Guitar.com.

Even co-founding the American rock band in 1970 was a leap into uncharted waters, Perry recalled. “I had no idea it was gonna last like this,” he said. “I had been through a number of bands before Aerosmith. Steven [Tyler] had been in five other bands. We’d seen bands that had big hits, and then they disappeared. So it was not a career path you chose for longevity.”

But for Perry, it was the “energy and excitement” of playing that kept him going. “I certainly started off as a fan, but I just had this feeling that I could do something,” he explained. “If I got the right guys together, we could do something that hadn’t quite been done before.”

“Pink Triangle,” “The Sweater Song”, “Island in the Sun”—they’re indie rock standards now, but it took Weezer plenty of graft and time to even get signed, according to frontman Rivers Cuomo. “We played probably 50 or 60 shows before the labels started coming and it was clear that we were going to get a deal. It seemed like it was taking forever. We were playing the same songs that eventually became hits, and we were wondering, ‘Why isn’t anybody interested in us? These other bands are getting signed, why aren’t we?’”

Even getting to that stage took Cuomo through twists and turns. His chunky, straightforward riffs in Weezer belie his original ambition: to be a Yngwie Malmsteen-esque rock star. It was only after moving to Los Angeles, getting a job at a record store, and meeting other musicians and music fans that he figured out “most people don’t really care about guitar technique. They’re more interested in songwriting and singing.”

“Working at Tower Records, they play music in there eight hours a day,” he continued. “And they weren’t playing Yngwie; they were playing Sonic Youth, the Pixies, and all these classic rock and pop records. I just heard that stuff over and over every day—against my will, initially. But eventually, it really had an influence on me and I got more interested in songwriting and singing.”

Steve Vai may be a guitar god, but if you cut him, he will bleed. Criticisms of his music can hurt, he confessed, and he’s not the only one. “Everybody I’ve ever worked with has always been affected by the things that are said about them in the press, as much as they’d like to deny it,” he revealed. “I’ve known artists to quit because of things they’ve read about themselves.”

According to Vai, burrowing into the creative areas of your mind to put out a piece of music means your stamp is on it. It’s saying, “This is what and who I am.” “And then you’re open to criticism,” he continued. “It’s painful when somebody just gets up there and basically just tells the world that you’re shallow, and that your work is this-and-that. Some people are just hacks; some are creative critics. I look for creative criticism because it helps me better myself.”

“I don’t want to think of myself as an idol”: Jason Newsted

When Jason Newsted joined Metallica in 1986, the band had already released three albums. But they were still far from famous. ‘Making it big’ was something that happened over time, the bassist recalled—and that was a good thing.

“A lot of times, we see people who have things happen to them too quick,” he said. “They’ve been asking for it and working hard for it, and when they do get it, it just crushes them. Chews them up and spits them right back out. Fortunately, our thing was a long, hard climb. So we were kind of set and seasoned before the shit really started hitting it and accolades started coming our way.”

Now that the awards have been won and the records smashed, Newsted still doesn’t want to be put on a pedestal: “I don’t mind being some positive model, but I don’t want to think of myself as an idol, the way I look up to BB King or Eric Clapton. I don’t want to consider myself that way. Because if I get sucked up in that I could get too ‘ego-ed’ out, that kind of trip you see usually with people who haven’t paid their dues yet.”

“We’re being treated as artists and not just females”: Sheryl Crow

Now that female artists rule the music world—case in point: Adele, Beyoncé, Taylor Swift—it’s hard to imagine that not too long ago, this was far from the norm. Sheryl Crow is one of those artists who witnessed first-hand the transformation, when she skyrocketed from a backup singer to a world-famous musician.

“The respect level now is completely different,” she recalled in a 1999 interview with Guitar.com. “We’re being treated as artists and not just females. What’s irritating is that ten years ago, we could have made these same records and no one would have heard them. It’s still great that it happens, though. Every time a viable artist comes out, it helps the cause. And with so many of us around now, I think it’s going to be awfully hard to ever push us back again.”