Guitar.com Live: Everything you need to know about Kerry “2Smooth” Marshall

One of the hottest guitarists in the R&B world and the founder of Kerry’s Kamp online guitar school, here’s the lowdown on Kerry “2Smooth” Marshall 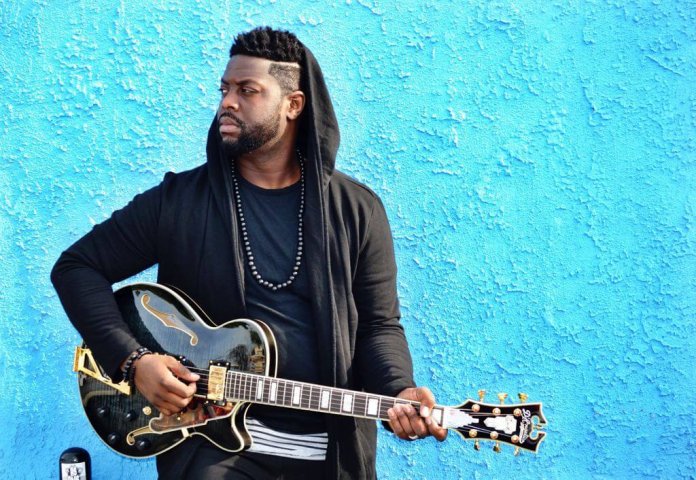 Who is Kerry “2Smooth” Marshall?

Beginning his guitar playing journey at the tender age of 11 years-old, Kerry “2Smooth” Marshall was quickly inspired by his local church to pursue guitar playing, and it became an emphatic part of his life during high-school. It wasn’t until he won a talent show during his time in the military, however, that he realised there was a viable career in guitar playing for him. The founder of the highly respected Kerry’s Kamp, he offers a multitude of lessons and techniques on how to improve your playing.

A guitar influencer and revered session musician, he’s worked on compositions with Jason Derulo and Sean Kingston, amongst others. Now living in Atlanta, his work as an influencer took off via YouTube before launching Kerry’s Kamp, giving vital tips and tuition on R&B and more for aspiring players.

Mainly R&B and gospel, given his background in the session world and his time spent playing at church and in an R&B group. His style is multi-faceted, and he manages to transfer between soulful, modern R&B and esoteric pop with ease. He’s also an extremely competent acoustic player, blending traditional voicings and techniques with a modern pop methodology.

His debut album titled ‘No Ordinary Conversation’ was released back in 2013, and his most recent release, ‘Puppy Love’, was released in 2017. His session work knows no bounds though, and he’s shared stages with Sean Kingston, Jason Derulo, Tyrese, Tori Kelly and many more.

Endorsed by Seymour Duncan pickups, the virtuoso has been seen touting a Fender Stratocaster covered in stickers and logos, alongside a PRS Hollowbody II equipped with a piezo pickup, an Eastman thinline and even a bound Jazzmaster with block inlays.

Taking part in our panel on session musicianship, Marshall will be playing and chatting alongside Mark Lettieri and Angie Swan on what it takes to succeed as a hired gun and sharing some tips along the way that can help you in your professional journey.

Guitar.com Live is a first-of-its-kind virtual guitar show set to take place across 2-4 October. Alongside Kerry “2Smooth” Marshall, heavyweights the likes of Joe Bonamassa, Kenny Wayne Shepherd and Angie Swan will appear at the event.