“I could play the whole show with it!” Aerosmith’s Brad Whitford on his love of PRS and the Silver Sky

The veteran guitar player looks back on a 35-year friendship with Paul Reed Smith and tells us why he thinks the luthier’s current guitars are some of the best instruments he’s ever played.

PRS is celebrating 35 years of guitar-building in 2020. Over that time, the brand has become a household name in the guitar world, with a diverse roster of artists from all genres strapping on one of Smith’s creations every night.

For Aerosmith legend Brad Whitford, however, his memories of Paul Reed Smith stretch back to before the brand became one of the biggest names in US guitar-making, back to his earliest days as a guitar-builder.

“PRS has been a part of my career for a long time, going back to when Paul was building guitars in his garage,” says the 67-year-old, in the artist lounge of PRS’s NAMM 2020 booth. “He liked my style and, one time, we were playing near his home in Baltimore, so he came to the show with his guitars. At this point, nobody really knew his guitars because he was still a small garage builder. But they were incredible. They were so well built, so well thought out, and really cool looking.” 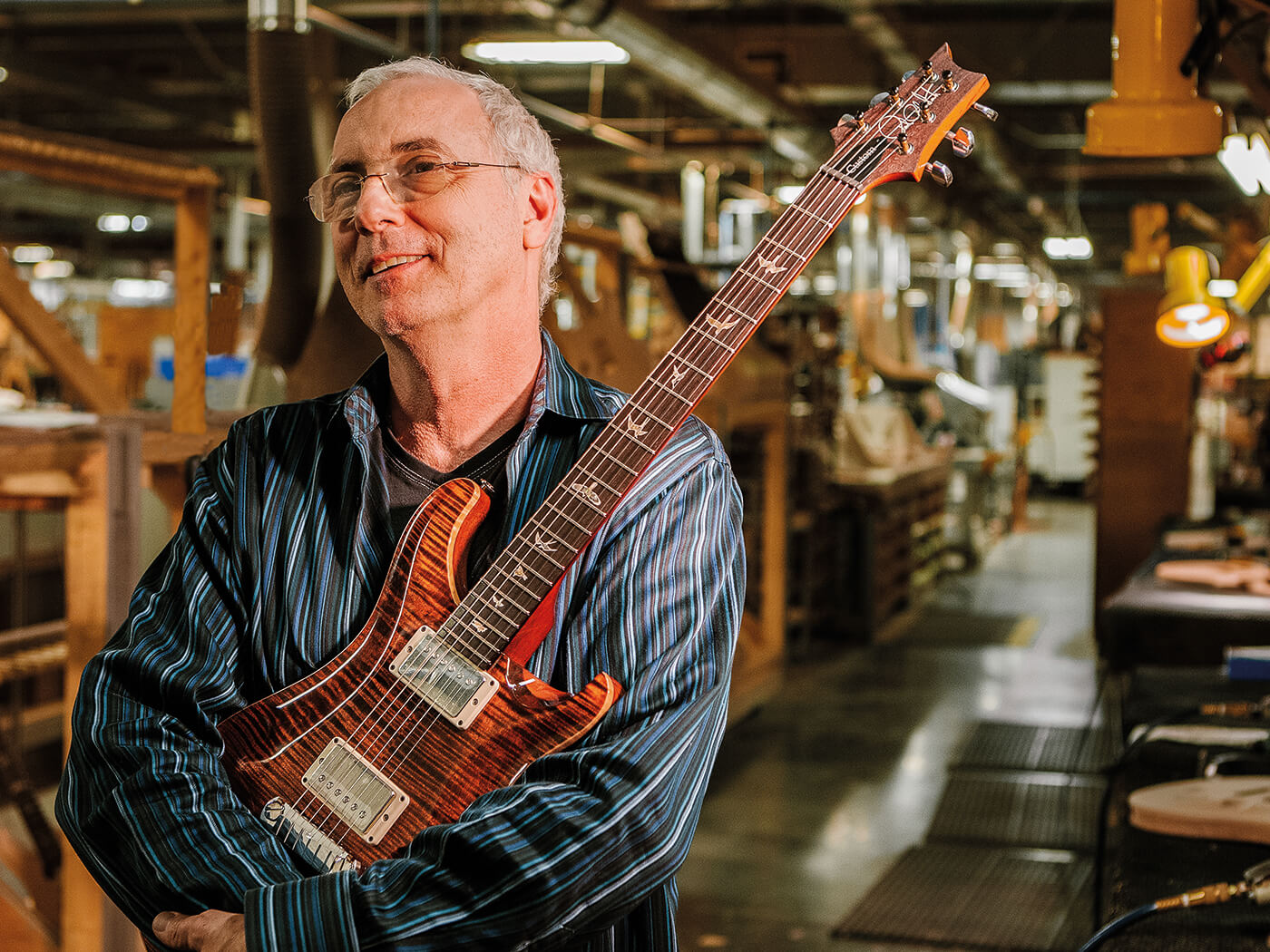 It was the start of a long and enduring partnership between Whitford and Smith, with the former even appearing in PRS magazine ads in the manufacturer’s early days – and, in fact, Whitford holds a special distinction in the brand’s history.

“He ended up giving me a guitar,” says Whitford. “I was the first endorsee of PRS. So we go back a long way. In the years since, there have been periods where we haven’t talked in a while but we’ve always been friends and love to catch up.

“Paul has been great to me. He’s one of the nicest guys I know. He’s so village-minded and so committed to helping others. He does so much to help the community and the whole musical world really. He’s made such a contribution.”

Despite having an enviable collection of modern and vintage guitars that he takes on stage with Aerosmith every night, it seems that some of Paul’s more modern creations have captured a place in Whitford’s heart too.

“What’s cool is that, from day one, Paul was striving to be the best – and he’s never stopped,” he says. “Especially when it comes to his pickups – they’ve come so far. My PRS 594 can sound as mellow as a kitten or as vicious as a panther. When you want that thing to bark… wow! And it’s got sustain that’s just… I’ve never heard a guitar sustain like it.”

Pride of place, however, goes to one of Smith’s most recent and most controversial creations.

“The Silver Sky is my favourite,” says Whitford. “That’s the one that I sit around and play more than any other. I love the way it feels. To me, he’s taken the Stratocaster but he hasn’t just stuck a different headstock on it. He’s come with all these modern views about how to use the idea of this instrument, and evolve the body, the neck and that sort of thing. It’s Strat-like in its sound, yeah, but it’s not a Strat. It’s kind of created this whole new family of sounds.

“I play it every night. I could literally play the whole show with it if I wanted to. But I’ve got all these other pretty guitars that I like to show off.”