“Phoning it in would be very embarrassing”: Wade MacNeil on the Alexisonfire comeback album, Otherness

Alexisonfire guitarist Wade MacNeil on tone, the best-sounding guitar in Canada, and what he’s learnt since the band went away. 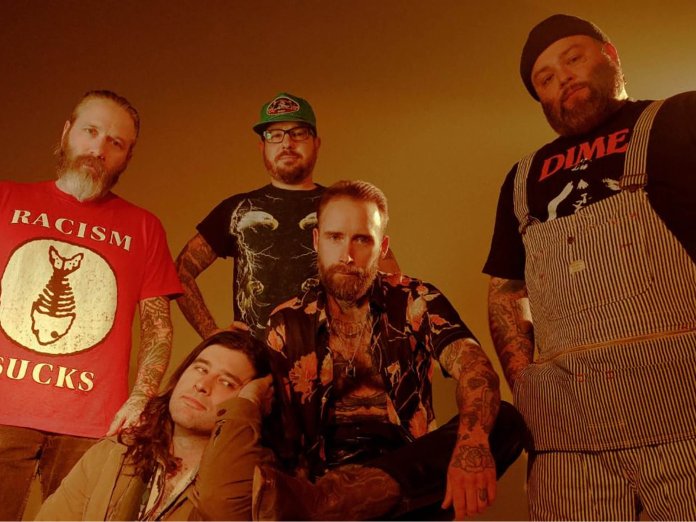 If you see someone you haven’t seen for a while, there’s usually a grace period that follows – it’s fun and novel again, and it can be easy to overlook the fact that said someone mean or humourless or conceited or whatever. Over the years, this phenomenon has been particularly kind to bands toting half-baked reunion records around with them.

But when Alexisonfire returned earlier this year with Otherness, their first LP since Old Crows/Young Cardinals 13 years ago, they proved to be the same garrulous and exciting gang they’ve always been. If anything, during their time away they’d learnt some new things about themselves.

“Phoning it in would be very embarrassing,” guitarist Wade MacNeil says. “I don’t think anyone would have any interest in that. When we started playing again we talked very seriously about what we were doing. We really felt like we closed the door in a pretty positive way, in a way we can be proud of. So we didn’t take it lightly playing again. But we also really missed it. I’m certainly glad the breakup didn’t take.”

Otherness is a record made by a group who have used their time wisely. When Alexisonfire split a decade ago, the band’s members scattered and found new outlets. MacNeil sang in Gallows, wrote soundtracks, and recently fronted the psych-rock band Dooms Children.

Guitarist and vocalist Dallas Green continued making low-key music as City and Colour and as one half of You+Me, a collaboration with P!nk. Drummer Jordan Hastings sat in with Billy Talent. Bassist Chris Steele became a barber. Vocalist George Pettit trained as a firefighter.

When they came back together to write, the group found that they could draw from a deeper well of influences, and that they could push themselves further stylistically than they had in the past, whether through Pettit’s best Leonard Cohen impression on Blue Spade or the spiralling alt-pop synths of Sans Soleil.

“I don’t think we would have been able to make this record even five years ago,” MacNeil says. “It’s certainly a representation of where we’re at creatively and also where we’re at in our musicianship, of being able to not shy away from some of the stuff we’ve always loved, having the confidence to do something that we would have probably taken out in the past. 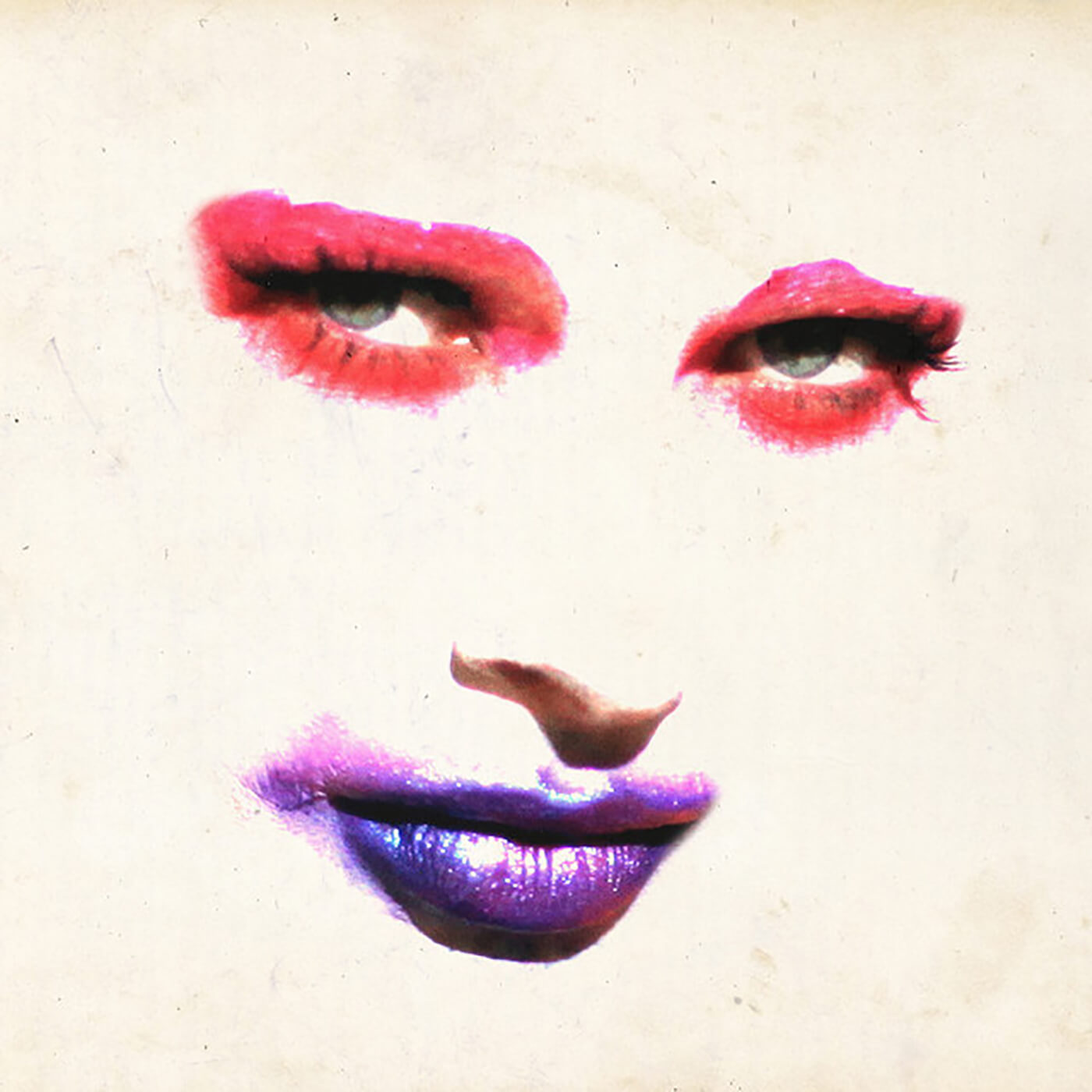 “But also doing something that we probably would have not been able to execute properly either. In that time away, we’ve all made a tonne of music and spent a tonne of time playing and working with other people and creating and doing different projects. We’ve all learnt a lot. I think this record is a testament to all of that.”

Even within this context, Dooms Children was a left turn for MacNeil. Based on songs written each side of a spell in rehab, the project sought a sense of relative calm and leaned into his love of the Grateful Dead, boasting the Romano brothers, Canadian punk royalty turned Canadian indie royalty, as its key collaborators. Early sessions with producer Joel Plaskett were even abandoned because they were too heavy, too punk. But on returning to Alexisonfire, he didn’t feel like he was switching gears.

“I think there were a bunch of things I learnt in those Dooms Children sessions that I brought over to this,” he says. “Every project that I work on, every single time I’m in the studio, you figure out a little something new. The other people you play with, you learn from them, and it’s an opportunity to try something on the next one. I think that’s kind of what works about Alexis, that it’s five people who have no business being in the same band together. Everyone’s just doing their own thing and there’s something very beautiful about it. Something that works.” 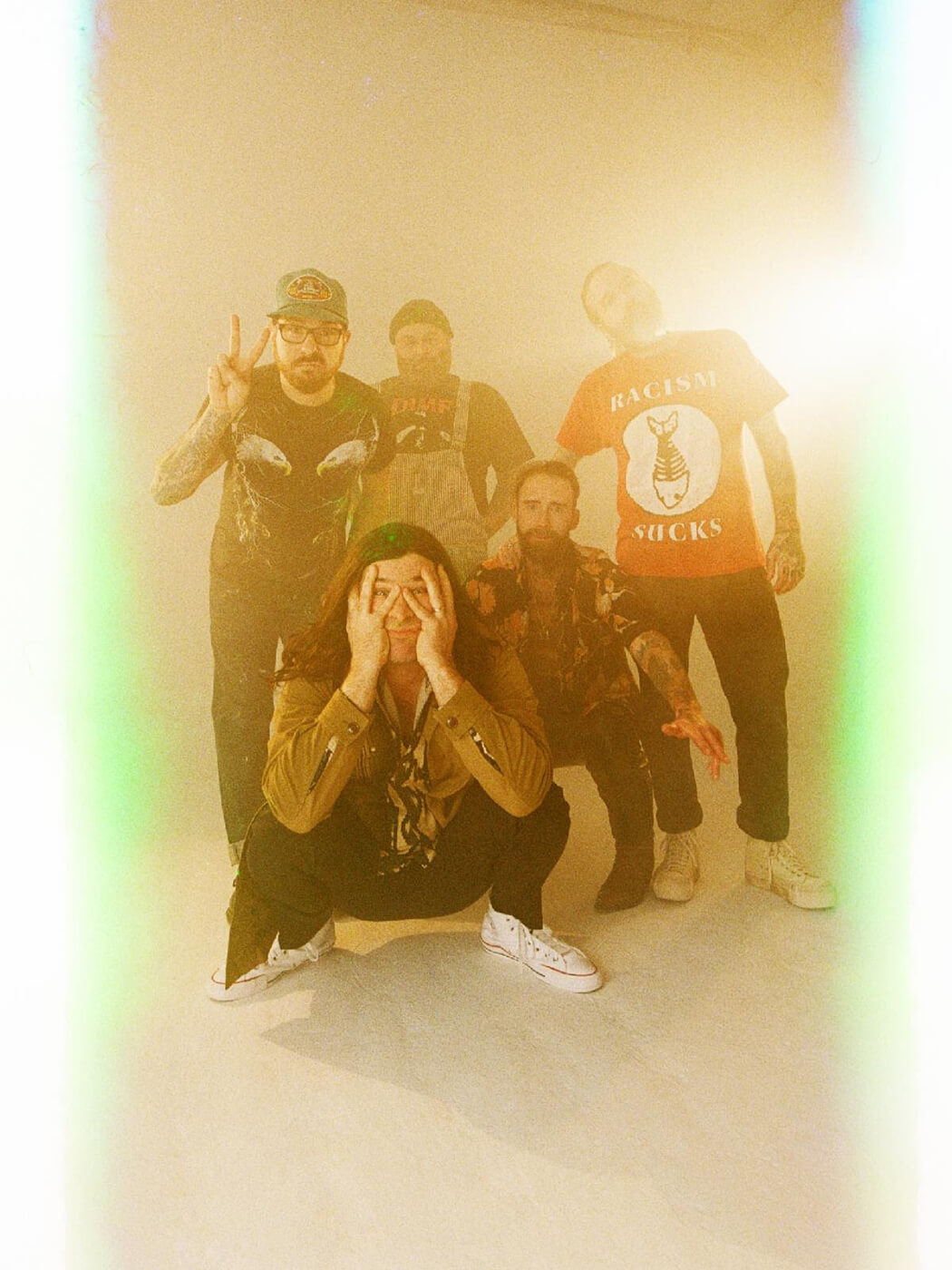 What’s fascinating about Otherness from a guitar perspective is the way the record blends gnarly riff-led passages with moments that are chiefly successful because of the band’s keen attention to detail. Songs such as the almost-title track Sweet Dreams of Otherness marry those two states, swerving from atmospheric, texturally-daring verses into Pettit’s coiled scream and a monster chorus.

“There are certainly aspects of what I’ve done in composing for film that lend themselves to approaching things in a sound-design kind of way,” MacNeil says. “There are things that Dallas has picked up along the way in the huge wealth of music that he’s written in the time since we’ve last released an Alexis record. Even our knowledge of gear and our collection of gear has grown fantastically since then. We had all the tools to make it sound exactly like we wanted it to sound. We’ve been playing guitar and interested in guitar and tone and pedals and amps for a long time.”

In putting this accumulated knowledge to work, MacNeil paired the tried-and-tested with a series of tools more deliberately matched to particular tasks. “The one thing that’s the mainstay of the record is me playing through a Fender Princeton from 1950 that’s just pinned, that’s probably on every song,” MacNeil says. “I also have a Sunn Model T stack, a 1960s Vox combo, and an 1980s Hiwatt. We brought all of our toys.

“My ’52 Junior’s on a lot of stuff. I got a ’59 double-cutaway that we borrowed off some old guy that’s maybe the best-sounding guitar in Canada. I’ve been trying to buy it off this guy for years but he was kind enough to lend it. There’s something about ’59, there’s something magic about a lot of them. The TV Yellow double-cutaway was used for pretty much all my rhythm tracks, and I’ve got a newer Custom Shop Strat.

“I always play the Strat through something that I have no business playing it through, like the Sunn stack with all my fuzzes on. I make it sound very odd and angular. A lot of my lead stuff I did on one of those metal-neck Kramers – that’s just a weapon. It’s the ugliest guitar in the world, that dual brown stripe kind of thing, but it sounds great. I used a 1970s ebony Les Paul Classic for the creamier leads, and then the more oddball guitar playing is a lot of 1960s Jazzmaster with gold-foils in it.”

In October, Alexisonfire will return to the UK for a series of shows, including a throwdown at Brixton Academy in London. Otherness presents challenges in terms of reformatting material for the road, but MacNeil isn’t really down to entertain them. For him, getting out on the road is a chance to push himself and, ideally, level a bunch of venues.

“I’ve got the most absurd pedalboard I’ve ever had, but I’m not really trying to dial in the tones from the record,” he says. “I’m doing versions of them but what’s more important about us playing live, to me, is being powerful. I’ve got two of those 1970s Marshall fridge cabinets, the 810s, and then I play my 1980s Hiwatt and the Sunn Model T. I’ve never been one for bringing a tonne of guitars but it certainly feels like the time to do it.”

Alexisonfire’s Otherness is out now through Dine Alone.