We spoke to Bleach Lab guitarist Frank Wates about the band’s new EP Nothing Feels Real, learning from Slash solos and translating emotion into tone.

Bleach Lab have always been upfront with their emotions. They have a penchant for beaming feelings of sadness, guilt, loss and more straight into your mind with devastatingly affecting melodies and enticing tides of ambience.

Their second EP Nothing Feels Real has the Buckinghamshire quartet feeling reflective yet again, with a wider tonal canvas that sees them branching out into a sound that feels far more expansive than previously heard.

How did your sound evolve following the Old Ways EP?

“Lockdown listening habits played a big part in evolving the aesthetic for our next project. I listened to a lot of 90s music, as I found nostalgia to be the best way to get through things. Using more acoustic guitars was another big change. I used them occasionally on the first EP, but I think we ended up using them on all the tracks this time round. We (myself and Stephen Street who produced) felt it would do a lot to enhance the rhythms of each track.”

Your music has always been saturated in emotion; how do you capture such a strong sense of feeling in your guitar tones?

“I don’t think I’ve ever had my guitar playing described like this before, so this is a very flattering question! I think to be honest I have a bit of a home advantage, because it is so often the case that the guitar parts are the genesis of our songs and are the first things that get written. It means that we often write the vocals around the guitars, and I recall someone saying that our songs sometimes feel like the vocals and guitars are in conversation with each other. This is more the case in some songs than others, but I think this quality means that the guitars borrow a lot of the feeling and emotionality from the vocals.”

It feels like you’ve worked with a broader range of texture on this EP, was that something you knew you’d explore when you started recording?

“Yes, absolutely. In the past I felt more restricted and unadventurous when it came to texture. This time round I realised we could go a lot further, so we did, but I think the biggest change was the addition of our new drummer Kieran. He’s responsible for a lot of the textural changes that come through in the new EP.”

In your opinion, what’s the best guitar part on Nothing Feels Real?

“There’s an instrumental section in the track Inside My Mind where the guitar and bass have this really nice call and response jam. I really love that part. I remember it being my favourite before we went into record, and then spent so much time when we were mixing the EP to make sure it sounded exactly as intended.”

What was it like to work with Stephen Street in the studio?

“It was amazing. We were totally in awe of his processes. And everything was just so smooth and efficient. No doubt the result of all his years of experience. He’s a busy man so no doubt he has to be on the ball. I found being in the room with him really helped with getting me to be more explorative with guitars. I’d spent ages preparing but working with him helped so much with coming up with new ideas on the spot.” 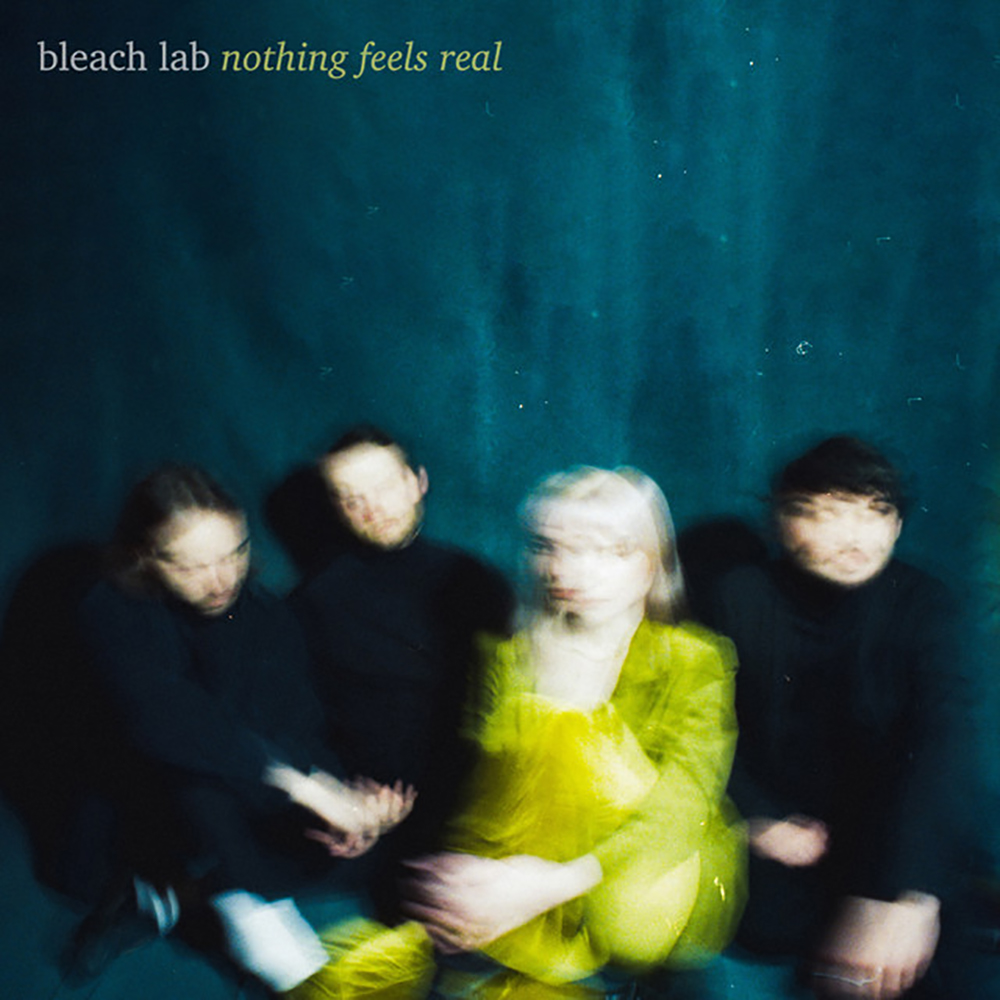 Who was your first ever guitar hero?

“Slash! I got really into Guns N’ Roses for a while soon after I picked up guitar. Trying to learn Slash’s solos was the first time I really pushed myself as a guitarist.”

What is your number one guitar right now?

“I have two guitars currently and I feel constantly guilty that one gets used a lot more than the other. Number one is a Daphne Blue Fender American Pro Tele. I fell for it as it has a beautiful roasted maple neck. Although I’ve only had it for two years, I’ve used it for all our live shows and I played it on the bulk of the songs we’ve recorded, so it’s already played a huge part in my career. I find the punchier tones of a tele combined with all the pedals that I use make for a great combination. If I’m honest though, I have some gripes with the guitar (namely, the pickup switch and volume knobs) and I have a feeling that I am yet to find the guitar that stays with me the longest.”

Do you have a pedal or guitar that you swear by?

“In terms of the Bleach Lab sound, I would say there are two pedals which are vital. But in the interest of answering the question as it was written, I would have to pick the Walrus Audio Julia chorus/vibrato pedal. I remember when I was beginning to build my pedal board, I was constantly thinking when the time would come that I would buy the piece of gear that would start to define the sound of my guitar playing, and it was after buying this pedal that I first had that feeling. It’s a really distinctive sounding pedal and one of the most important in establishing the sound of Bleach Lab’s guitars. I use it on virtually every song. I live in constant fear that it will break immediately before a show, at which point I’ll be pretty stuffed!”

Nothing Feels Real by Bleach Lab is out now.