With Chris Walla at the helm, the band have rediscovered the joys of the guitar, from its innate imperfections to the spontaneity in can bring to a performance. 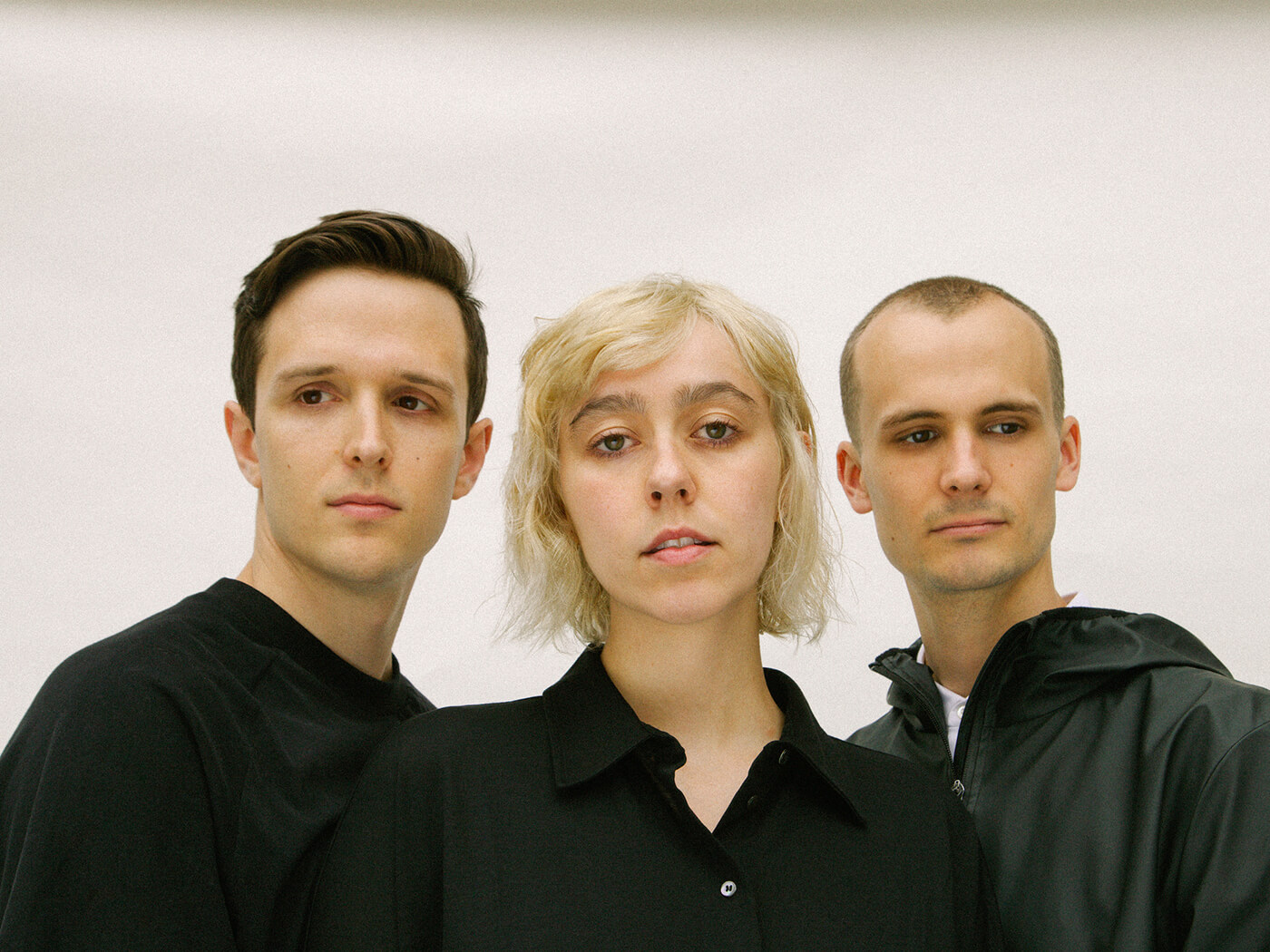 Prior to recording Shadow Offering, Braids’ continued intentions were to manipulate guitars to the point of being unrecognisable. Indeed, they have since admitted they felt they had succeeded once the guitar was hidden between layers of textures, loops and effects.

On their fourth full-length LP, the Canadian group have made a conscious choice to bring guitars to the forefront of their sound again. They rediscovered the instrument as a “vehicle for cathartic release, drawn to its visceral and authoritative qualities,” and were keen to embellish and utilise its imperfections and the spontaneity it can bring to a performance or recording. 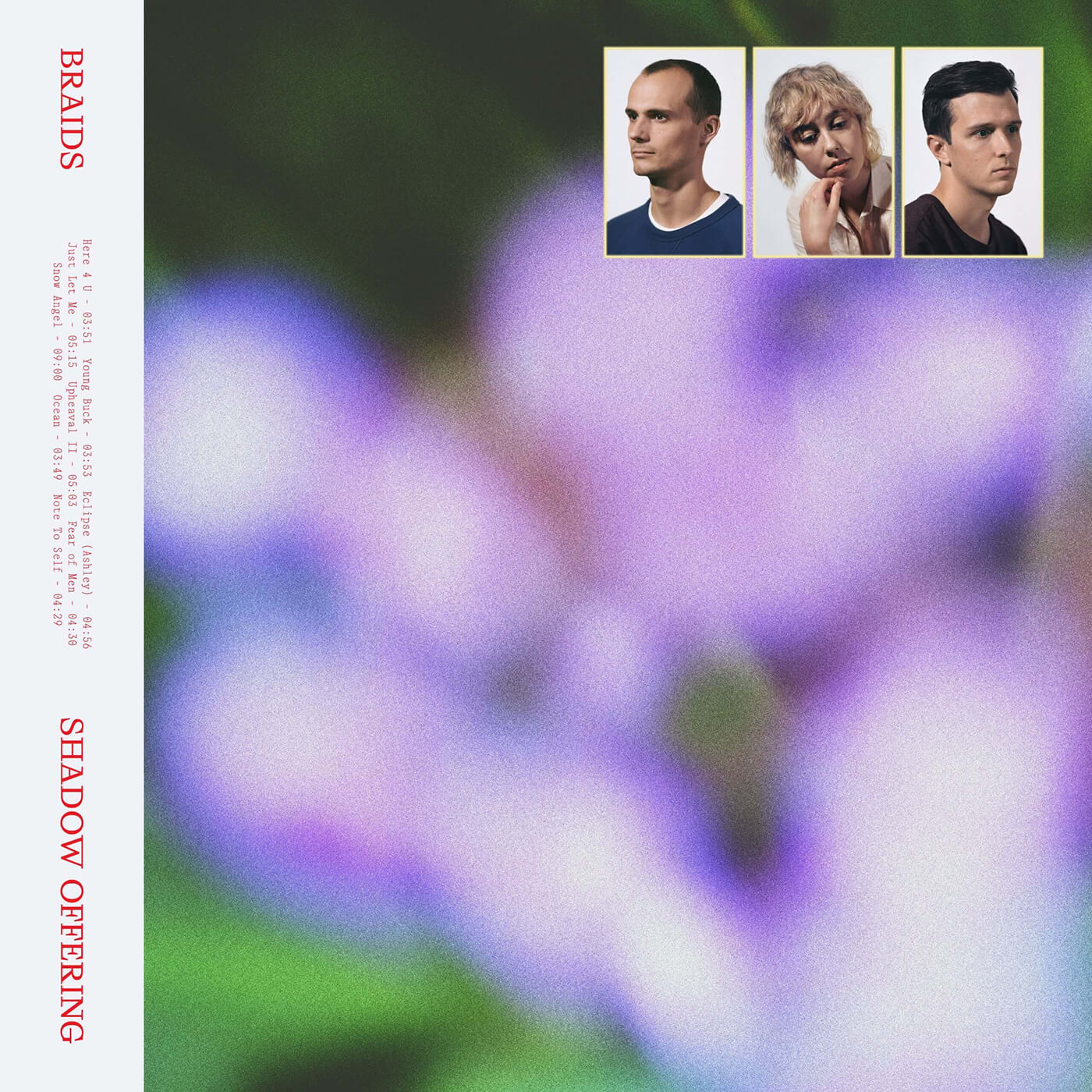 With former Death Cab For Cutie guitarist Chris Walla in the producer’s chair, they entered into a new world of experimentation, utilising a plethora of equipment from Audio Kitchen amps, a 1967 Rickenbacker 340 and a 1963 Gibson LG-1 to masses of outboard gear and a reamping chain that included multiple rack units including an Elysia Mpressor for live sidechaining and even tremolo and phased vibrato effects.

A multi award-winning band, Shadow Offering follows their acclaimed 2015 album Deep in the Iris – which won the 2016 Juno Award for Alternative Album of the Year – and could be considered their most honest and intuitive yet. Here, the band detail their five favourite guitar parts on the album, from discovering chorus pedals to using their drummer as a rotary speaker…

“Eclipse marked our first taste of the front-and-centre roll the guitar would come to play on this record. While tracking, we were uneasy over what elements would lead the mixes, and how a myriad of instruments and sonic explorations would all glue and fit into songs. We never recorded a record this way – producer at the console, amps and live tracking sessions, capture over construct. It required a leap of faith on our part, something a group of three highly strung control freaks admittedly struggled with.

With Eclipse, Chris and Raphaelle experimented ad nauseum with wonky open tunings for deep and resonant chords. We also discovered chorus – something we foolishly avoided for years. With Chris’s guidance, we coloured outside our comfort zone. Listening to the first mix draft was a decisive turning point in our process. After months spent chasing an ephemeral ‘idea’ of what guitars might bring to our songs, we finally developed the film so-to-speak, and the image staring back at us was bold, expansive and all-encompassing. Needless to say, we were pleasantly reassured that what we were striving for was possible.”

“At once jarring and visceral, tracking for Snow Angel was also a moment of joy, of exalted discovery. After laying down the song’s basic structure, Raphaelle had asked to be set up in the live room on a whim, amps pinned, for a few takes of unscripted overdubs. It was a moment of flexing and experimenting with the musicality of an extremely loud amp. And for Raphaelle, the birth of an emotional conduit just as immediate as the human voice, to provide emotional armour, and a violent counterpart to the album’s most confessional and raw poetry.”

“This song is Austin’s shining guitar moment. Austin doesn’t play guitar, he plays drums and as such had a spare hand to lend during our guitar tracking sessions. With the amps cranked, we set him up in the live room – heavily earplugged – and got him to be a real live rotary speaker. Microphone-in-hand, he spun around the room in his best ‘flanger’ impression, and the resulting audio is about as bespoke a ‘swirl’ effect as one could hope for.”

“We mixed Shadow Offering in our Montreal studio. The studio has two rooms – control and live. We spent a month mixing, and a typical day saw Chris [Walla] and Mike our mix engineer in the control room working on a mix, while we spent the day in the live room, chasing all sorts of extra parts for second verses and second choruses, intros and outros.”

“We’d reconvene once in a while to share progress, listen to mixes, and trade song progress back and forth. We’d been battling with the groove in Young Buck, struggling to get the mix to lock. Upon listening to the n’th rough mix, it suddenly came into focus. Through sheer relief, we didn’t ask too many questions at the time, and it was only while digging through stems, long after the mixes were wrapped, that we discovered Chris had clandestinely been tucking layer upon layer of palm muted guitar parts into the mix, gluing the song together.”

“Stories and process and memories aside, Just Let Me is our favourite guitar ‘moment’ on the record. At every step of the way, the song is structured around creating this luscious and blooming key change, centred on two interlocking guitars. If at the outset of this record we wanted to take a swing at guitars-as-centrepiece, this is the moment in which we unapologetically enjoy the fruits of this journey.”

Shadow Offering is out June 19 on Braids Musique Inc. and Secret City Records.