Quickly adopted by session players and pedal enthusiasts alike, the Browne Protein is now widely regarded as one of the best new overdrives in the business. We talk to founder David Brown about the influence of broken AC30s and getting the pedal on tour with Bon Jovi. 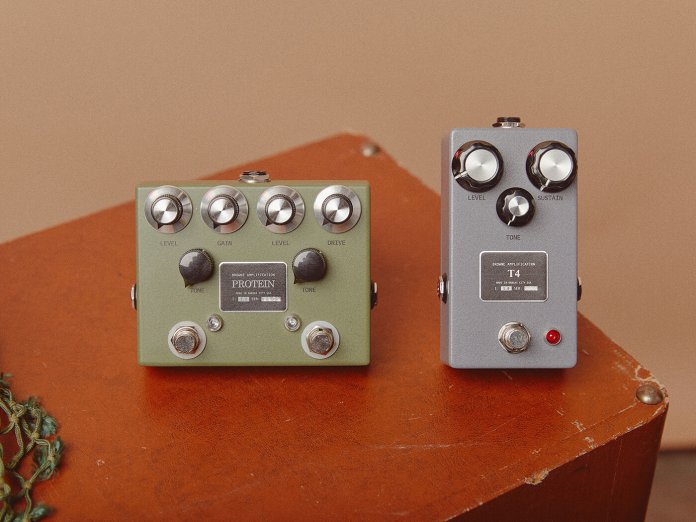 “My dad played guitar as I was growing up, and I kind of became obsessed with the guitar really early. I started on classical when I was little and picked up electric in my early teens and couldn’t put it down. I just played all day. I remember the first time I heard Appetite for Destruction.”

“I was a young teenager and saw the way that people were reacting and the way that that music made you feel. From there, I kind of found Led Zeppelin and then Hendrix blew my mind.” 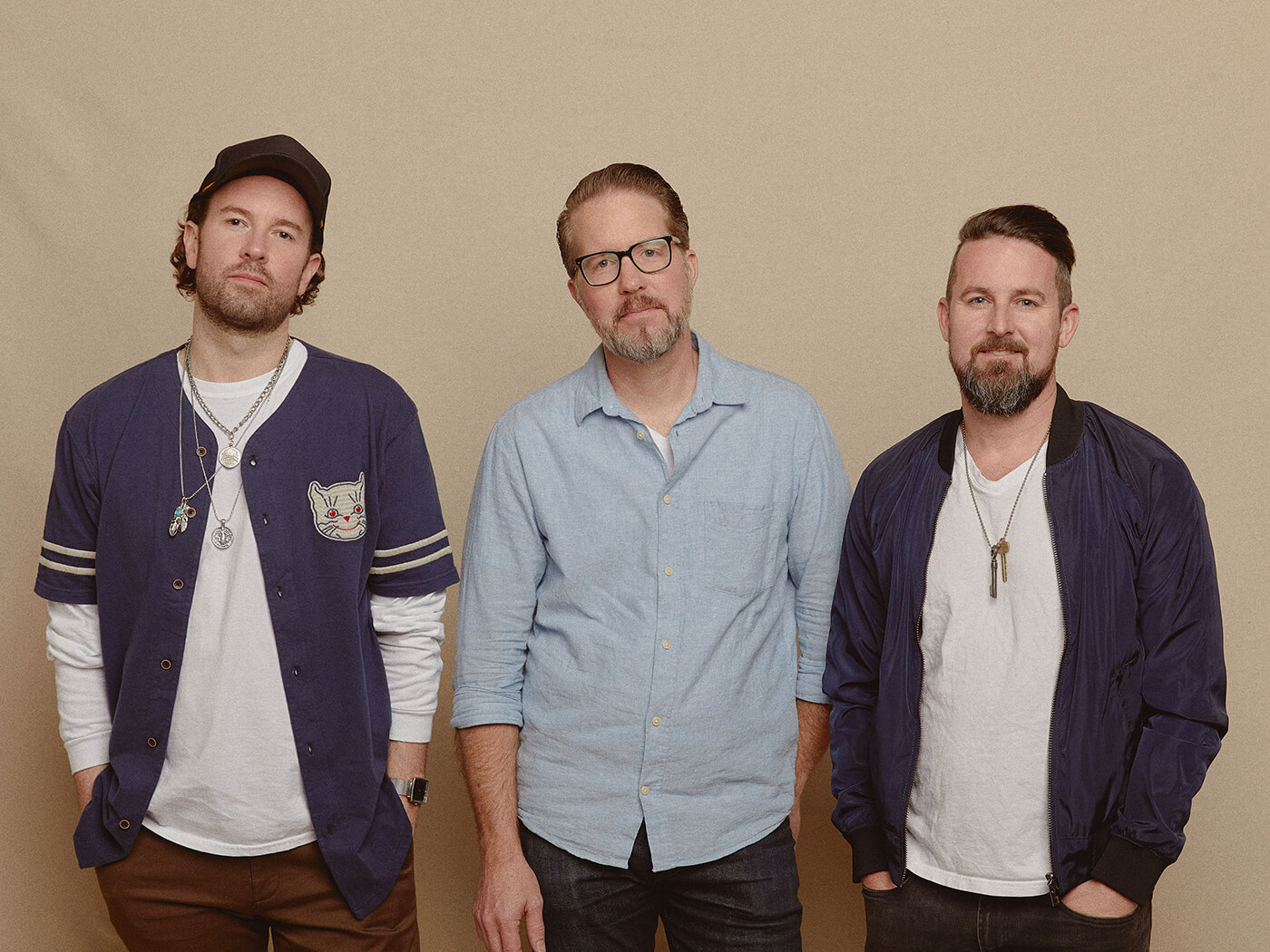 “Probably 1998. I had a reissue Bassman and it died. I went to get it fixed and it was like $400 to get this amplifier fixed. Almost as much as the as I paid for the amplifier! I decided ‘I’ve been working on cars my whole life, I ought to just learn how to fix my own amplifiers as well.’ So, I started working on amplifiers. I had friends who had old Fenders and I started fixing up a lot of old Fenders and spent a bunch of years doing that.

“Eventually I just started building them, because I had buddies that wanted vintage amps and they were starting to get really expensive. The guy in my band wanted an AC30 but they’d catch fire, or they weren’t really tour friendly. Unless you had like, you know, an army of techs with you. I built an AC30 that was okay and thought ‘I can do this. This is as good as anything I’ve heard so I might as well build my own amps rather than buy them.’” 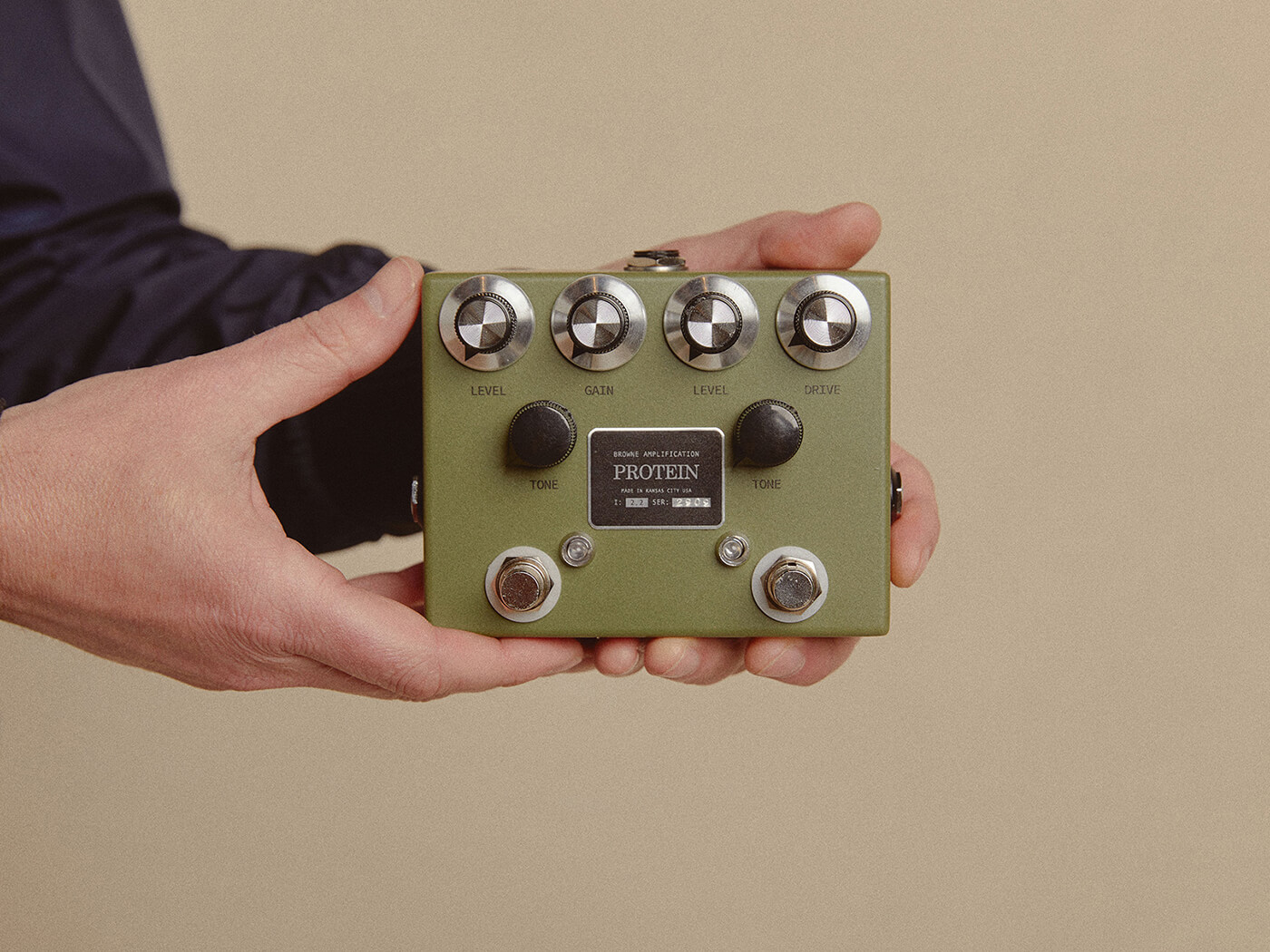 “Six or seven years ago. A friend of mine, and a client, came to me and wanted me to make this pedal for him. He had two pedals that he was using that were working really well live, but he had some stuff he wanted modified. We kind of went down the rabbit hole of ‘How do we make both these pedals perfect for what you’re doing, and then put them in one enclosure?’ That’s where the Protein came from.

“We launched that at the end of 2018. They started shipping in 2019, the actual production run. I took all my savings and bought enough stuff to make 100 of them. And I thought, ‘Maybe I’ll be able to sell enough to make my money back!’ I’d been touring a tonne, but I’ve got kids and a wife at home, it was starting to get really difficult to be gone all the time. I thought if I can make this thing go, maybe I won’t have to tour as much when my kids are little. They sold out so fast that I was like, ‘I don’t know what’s going on here, but I’ve got to figure out how to make this a real business!’” 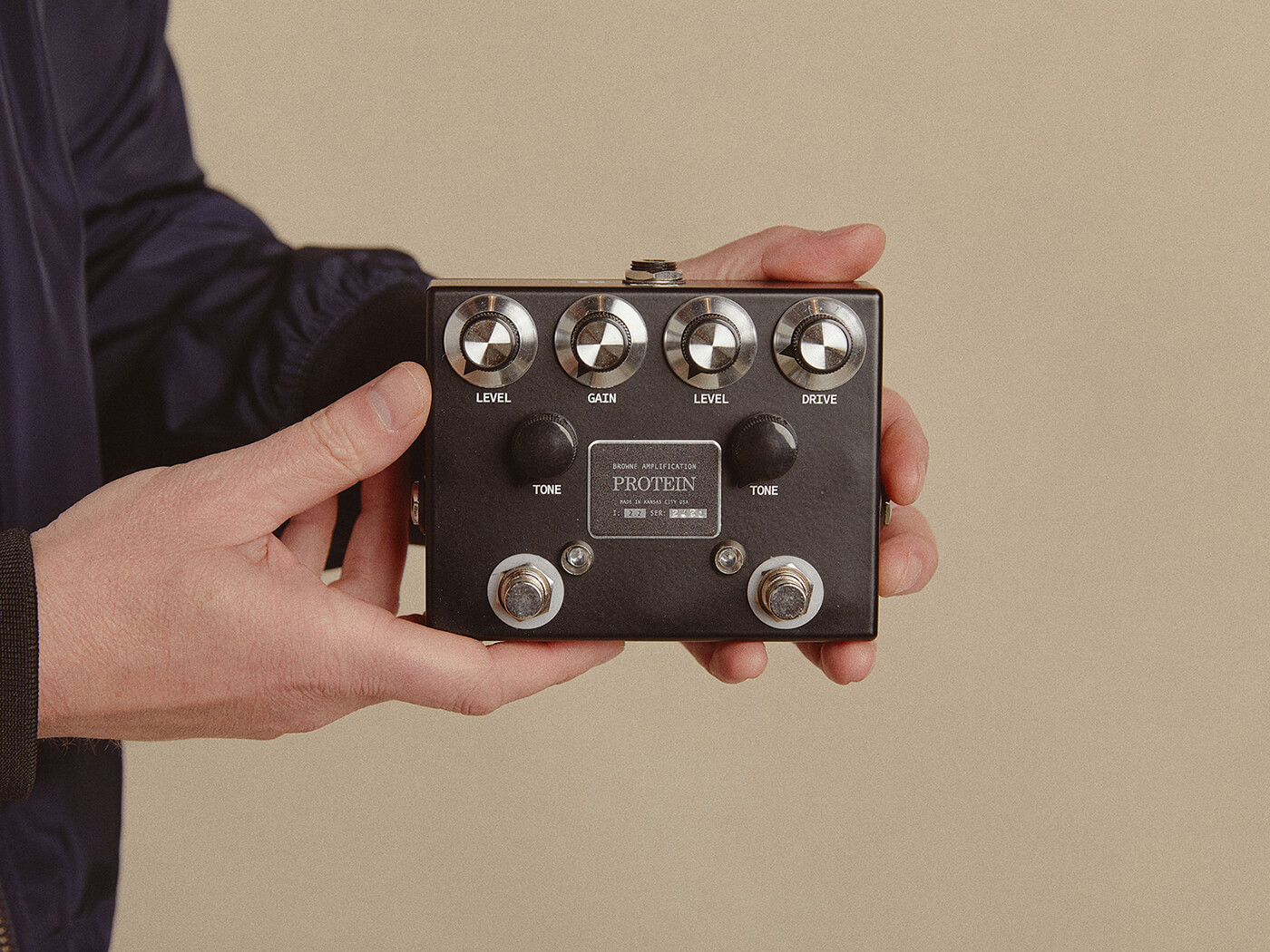 “No, we’ve been really lucky in that we’ve been able to grow organically, and we’ve always had more demand than we’ve had supply. It’s been more playing the game of trying to keep up with demand, parts shortages, and crazy things like that. Since we weren’t like trying to launch a whole bunch of different products or build massive amounts of pedals, we’ve just always kind of kept it in house.” 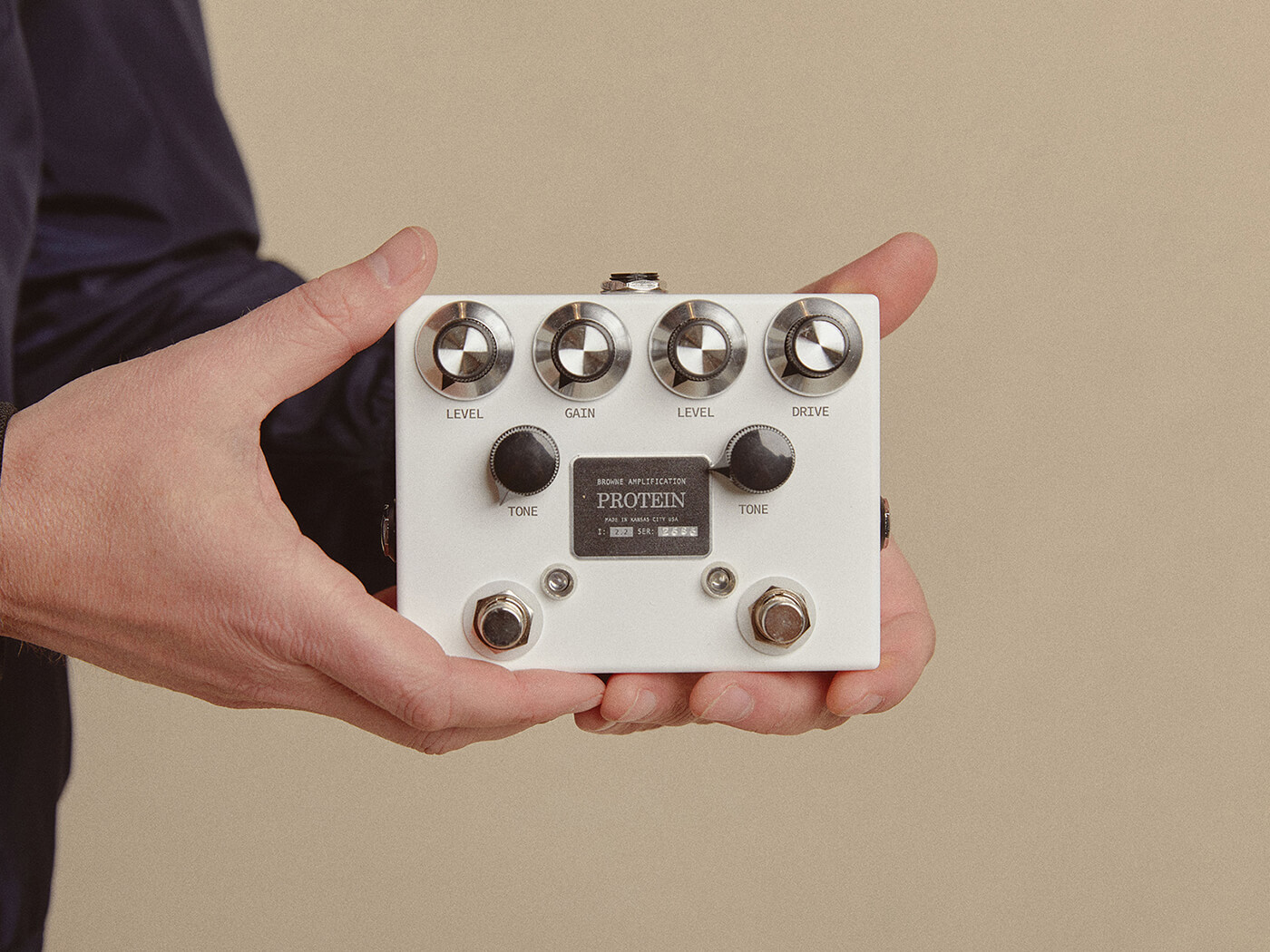 “I’ve got to throw that all at Adam [Sniegowski], my guy who I built this [Protein] for and who’s been my partner. He’s the aesthetic guy, and he’s who I look to when I think that something is good or done. I was like, ‘Just put it in a box, it doesn’t matter.’ We went for this vintage, Ham Radio military aesthetic with the badges. I hadn’t really seen anything like that at that point. It seemed really cool and people really loved it. We feel really lucky.” 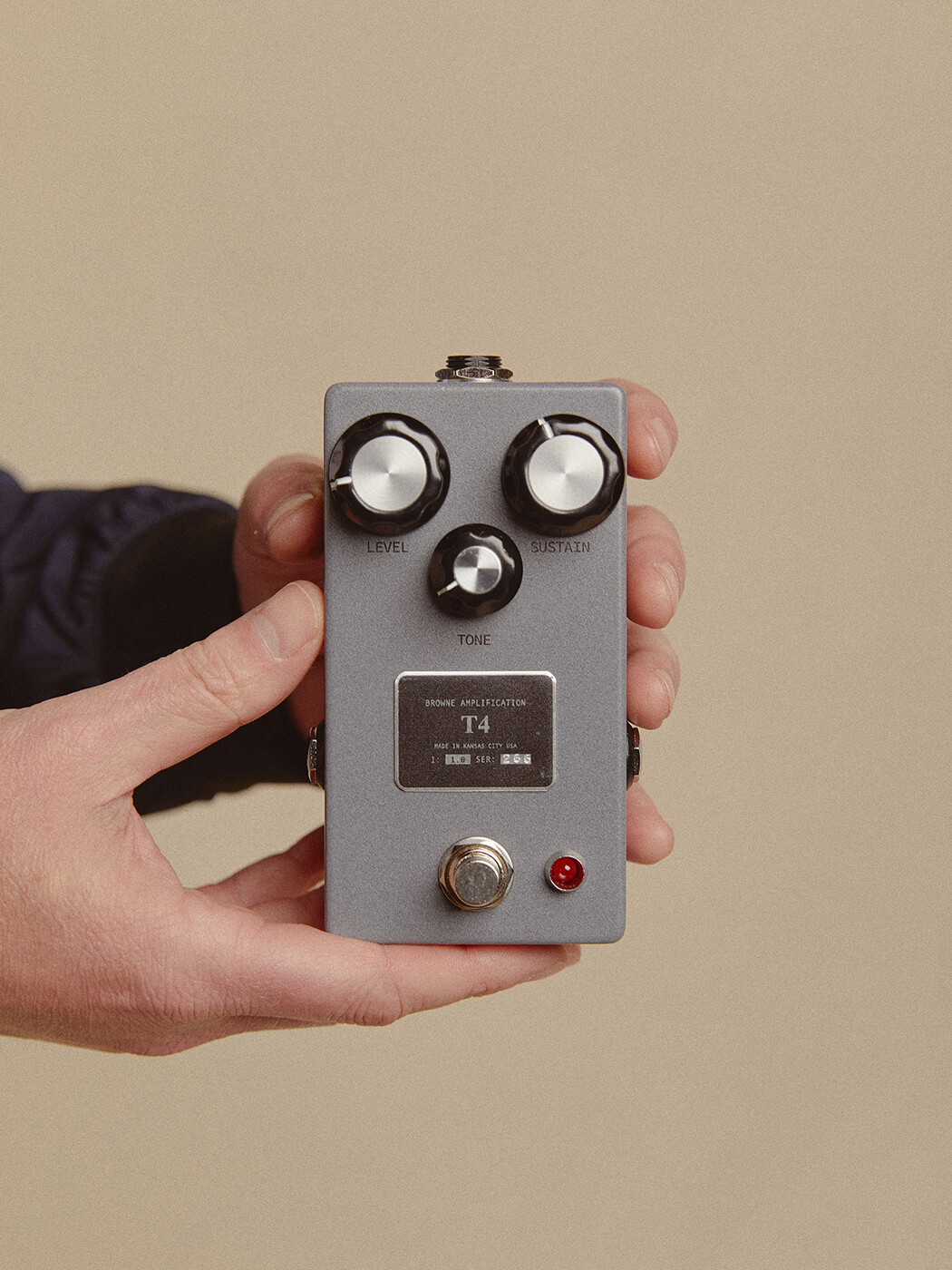 “It’s the Protein by far. Adam was touring a tonne with fly dates and backline shows where he would not always get the amp that he wanted. He needed something that even if he had to go direct would give him the colours that he needed. It was really a trial by fire. We tested a lot live because it’s got to work in that environment. There’s a lot of really amazing, beautiful gear that sounds amazing if you’re playing by yourself, but the stuff that we’re trying to put into production is stuff that works in a live setting.” 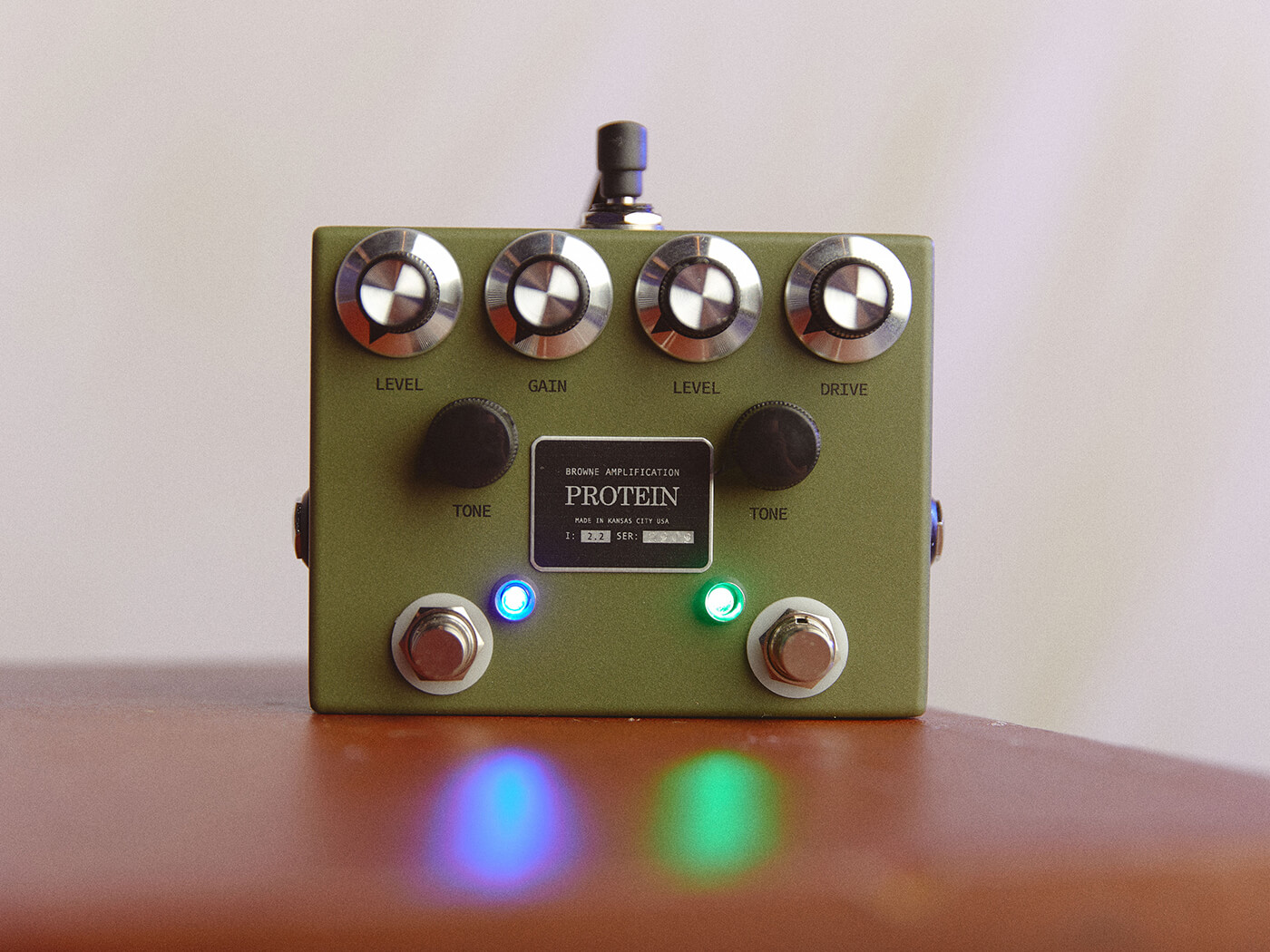 “I got to hang out with Drew Shirley from Switchfoot. Their record Hello, Hurricane was a big record for me. He was on tour with a friend of mine, we were hanging out and I showed him the Protein, he loved it and wanted to put one on his board. Then they went out and did a tour with Bon Jovi and I got a call from John Shanks and Phil X, who wanted Proteins for this tour they were doing for South America, so they each bought two. Then David Ryan Harris got a hold of a Protein and told me it was his favourite pedal! That guy is the kindest soul, he was one of those guys that it just clicked with.” 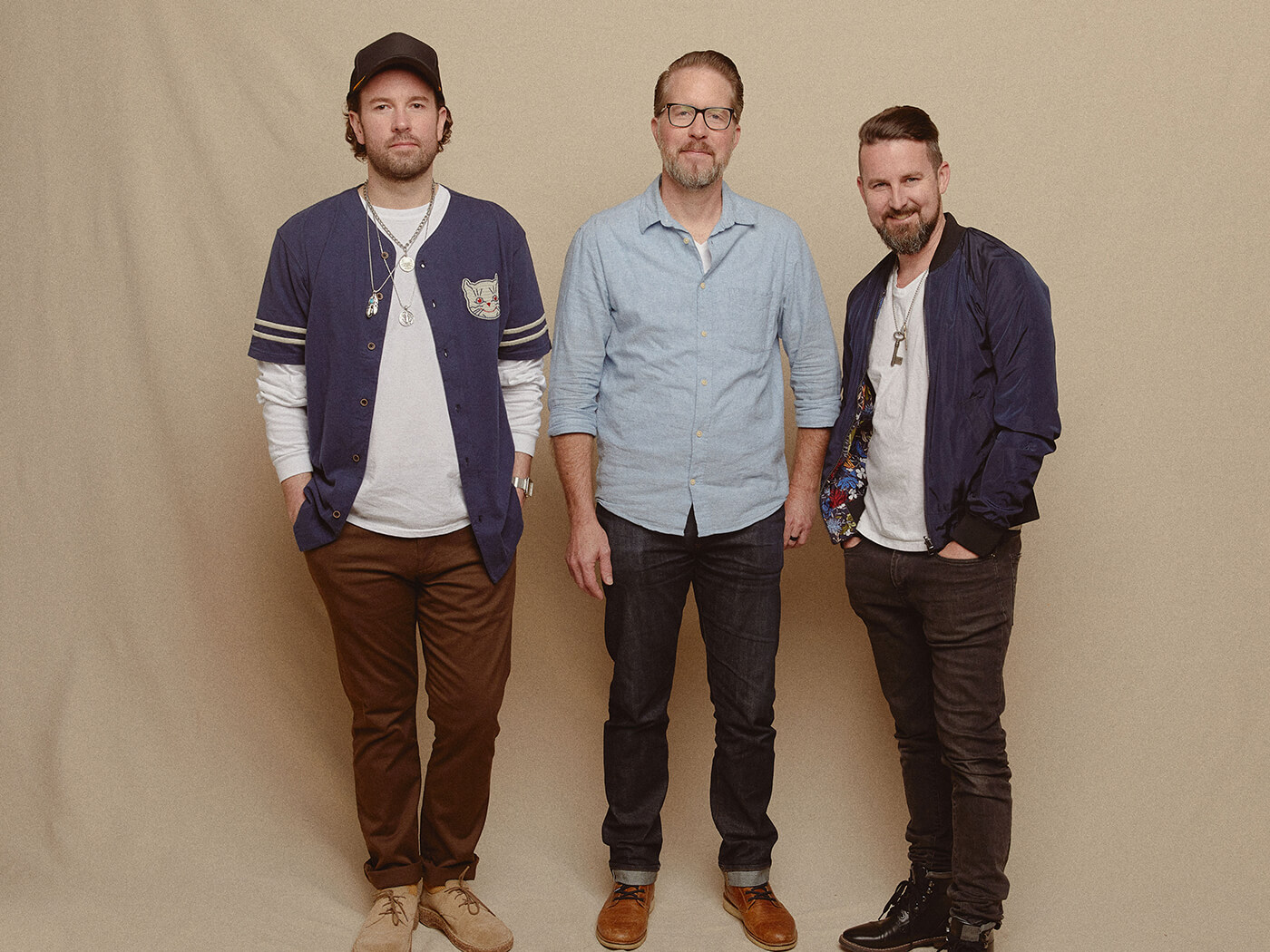 “I don’t know that I have the wisdom to speak to what the industry needs. I think keeping quality products in stock and continue to develop new stuff is just the name of the game for us right now, at least.

“I’ve seen a lot of really cool collaboration stuff that didn’t require tonnes of money to do because people were in their homes, and they couldn’t get together. To see people making records from their homes, collaborating with friends, there’s been some really brilliant stuff that’s come out and I think we’re about to see a lot more of it.

“It’s been brilliant for gear sales, because a lot of people are just stuck at home and a lot of people picked up the guitar again. That makes me really excited that there’s a lot of new players or a lot of people who’d put it away that have realised the value of music or have found love for guitar.”

What’s next for Browne Amplification?

“I hate to give anything away… we are going to do the blue side of the Protein on its own. We’ve had a lot of guys ask for that in a standalone pedal, so we’re gonna do that.”