The US indie-rockers on why they felt they had to evolve as a band, and the thinking behind their ambitious new trio of albums, New Age Norms. 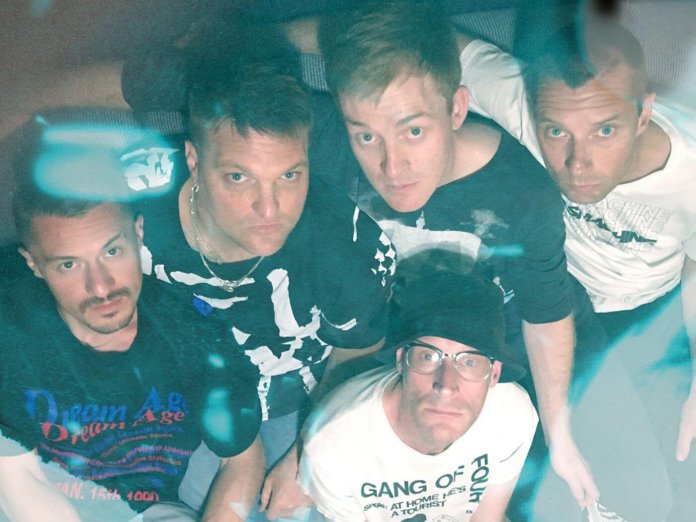 If you stand still, you die. That’s the message coming out of the Cold War Kids camp thanks to their new trilogy of albums, which will shortly be upon us with the release of New Age Norms 1. “A lot of times, when people are in the studio all day they end up trying to make this perfect masterpiece and it doesn’t grab you, or make you want to interact with it, because it’s overcooked,” frontman Nathan Willett says. “We’ve done that. We’ve been there.”

Inspired in part by Kanye West’s scattershot summer of 2018, which the rapper spent sending new solo records plus albums by Pusha T, Nas and others hurtling into the world at a remarkable clip, this sprawling project has seen Cold War Kids embrace that workrate and sense of creative freedom (but not the MAGA hats). It’s a mid-career pivot that mirrors some of the DIY aspects of their early days. “From the very beginning, before our first record, we had like three six or seven song EPs,” Willett says.

“We didn’t have a record label, we didn’t know how any of that stuff worked. We figured out how to print these things, they were CDs, and that was very, very fun. As an artist you spend so much time making this thing, but you also have to have this irreverence towards it, and treat it like it is almost disposable, in order for it to feel really fresh.”

New Age Norms 1 runs to eight songs, prizing clean-cut, clipped melodies and instrumentals that crib from funk, soul and the peppy indie-rock of the early 00s. It was recorded with long-time producer Lars Stalfors, who has become a vital sounding board for the group since first taking up with them on 2013’s Dear Miss Lonelyhearts. They feel free to take risks with him, and are willing to accept the give and take of feedback. “I think everybody really needs that,” Willett says. “He has helped me understand what Cold War Kids does really well, how to stay within that and also push that.”

Guitars have always played an interesting role in the band’s dynamic. For some, the opening riff to their 2007 hit Hang Me Up To Dry is the Cold War Kids sound. But the truth is that it’s rare for the instrument to be foregrounded so obviously. New Age Norms 1 drives home their use of guitars – with Willett, guitarist David Quon and multi-instrumentalist Matthew Schwartz all sharing responsibilities – as a rhythmic framework and textural element.

There are sharp edges and spidery lead lines that must fit together in a jigsaw, vying for space with keys, horn flourishes and Willett’s idiosyncratic yelp. “For me that kind of stabby, really needly style, which I always think of as very Beatles White Album, that plugged directly into the board kind of sound, is my favourite thing in the world,” he says. “And it’s also something that you have to use sparsely. I’m super proud of the guitars and the sounds on this record.”

New Age Norms 1, meanwhile, is Quon’s second outing with the group, having joined prior to the release of L.A. Divine in 2017. For much of its recording, though, he was feeding guitar parts into the machine from his New York home to be crunched, squeezed and retrofitted back on the west coast. This geographic dislocation also led Willett to play a lot of guitar on the record, while looking forward to getting his hands on Quon’s latest batch of ideas.

“If we wanted something from David, we’d just send it to him and have him send us his parts, really dry, and then we’d play with them,” Willett says. “The song Tricky Devil, he had a huge contribution to it. He sent us tons of guitar parts that we got to sort through and manipulate, and that was really fun. A lot of the time we’ll send stuff with him or have somebody else come in. It’s very open. We’re not super precious about who plays what. It’s more just seeing if some good ideas happen.”

Gear-wise, Cold War Kids have a ranch in Fender country. It hasn’t always been that way, though. “We used to be very vintage-oriented, a lot of Silvertone Harmony hollowbodies from the beginning,” Willett says. “We were trying to go less on pedals and more on just a 60s Fender Super Reverb and keeping the chain as simple as possible. Now I want to play a new Fender onstage that just feels really solid and consistent and plays well. I have a couple of different Telecasters, like the American Professional. Quon plays Stratocasters and has a bunch of Fenders that he’ll use.”

In part, Willett attributes this shift in priorities to the fact that Cold War Kids are seven albums into their career and regularly tasked with whittling setlists from that sprawl night to night. This is a hurdle that most bands must negotiate at some stage, and often a utilitarian spirit begins to take hold. It is particularly tricky, though, to pull apart the studio sound of a song and its eventual live rendering.

“You learn to simplify when you have as many songs from different records,” Willett admits. “It’s like, ‘Okay, we’re playing 20 songs that come from so many different phases and periods, which had really specific sounds on them.’ But you have to spread it out, so I have a Fender DeVille on stage every night. I feel like it is dynamic enough to cover a lot of sounds that we actually recorded through very different amps. 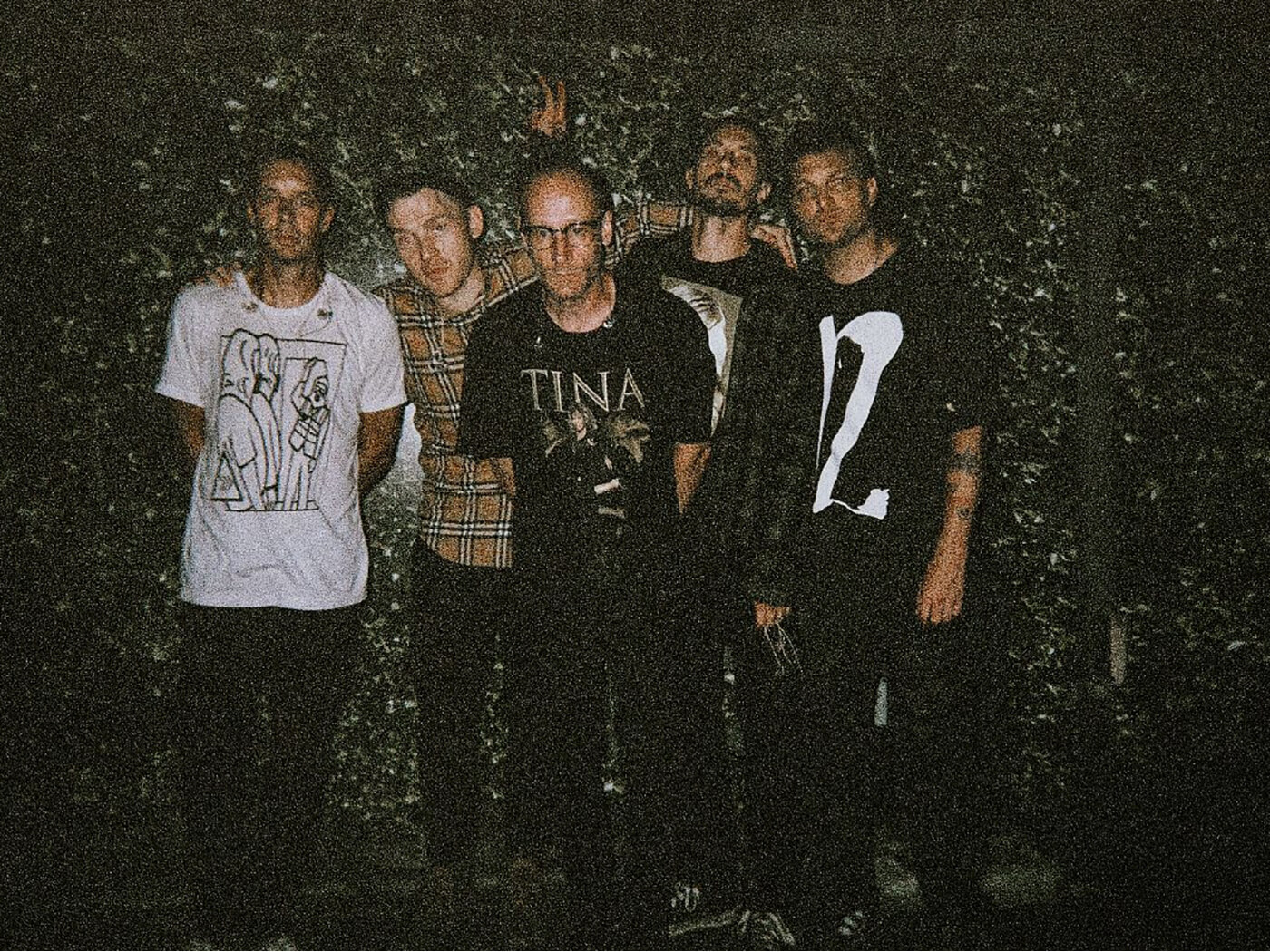 “It’s all about being flexible to whatever you need in the studio and not worrying yourself to death about how that’s gonna be replicated live, which I think used to be something that tripped us up a lot – needing to be true to the sort of gear and sound that you could recreate versus just trying something that happened to be in the studio and then learning to recreate some version of it later.”

The New Age Norms series won’t make this task any easier. Work is ongoing on volumes two and three, and Willett confirms that they approach Cold War Kids’ core values from alternative angles. Next up, it appears we’ll be getting something far more earthy and raw, potentially providing a neat contrast to the sleek exterior of volume one.

“Sean Everett is the producer who did the second one,” Willett says with a note of excitement. “He did the Alabama Shakes record and the new Brittany Howard record, and his sounds are some of my favourite around. That was very much a full band kind of approach, all of us writing and recording and being very spontaneous, playing off each other in the room. I think that is going to show us a very different side of the band from this first volume, which is a little drier, and cleaner.”

Given that the band have already weathered line up changes and the capricious world of post-millennium indie-rock, it will be interesting to see how their songwriting fundamentals stand up to such rapid shifts in tone and approach. If you stand still, you die.

New Age Norms 1 is out now.