Another shining example of the guitar revival stepping out of South Wales, All The Seasons moves from balladry to stoner rock with aplomb. 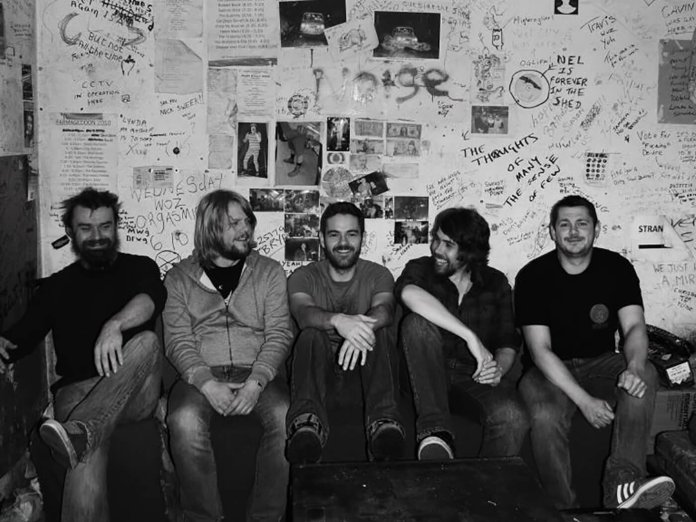 Recorded live over the course of just five days, Dead Shed Jokers’ third full-length offering is a more considered and nuanced record than 2015’s self-titled long-player. Titled All The Seasons, the album is a full formed monster, the intricacies and breadth of guitar work, due in part to the band’s settled line up. Dead Shed Jokers underwent a personnel chaneg after their second album. Three guitar players in the studio made sure each sonic pathway is covered, with Stratocasters, a 1982 Gibson Sonex and an Epiphone ES-335 Pro being used throughout.

Despite the airtight performances and consistencies, there’s plenty of bait and switch on the album, moving from QOTSA-indebted riffery to 90s balladry reminiscent of Temple Of The Dog with consummate ease.

So it’s no wonder Dead Shed Jokers have become firm favourites among numerous indie radio stations over the past year, letting their latest release gather more pace as 2019 drew to a close. Below, frontman Hywel Davies sheds (no pun intended) some light on his favourite guitar parts of All The Seasons. 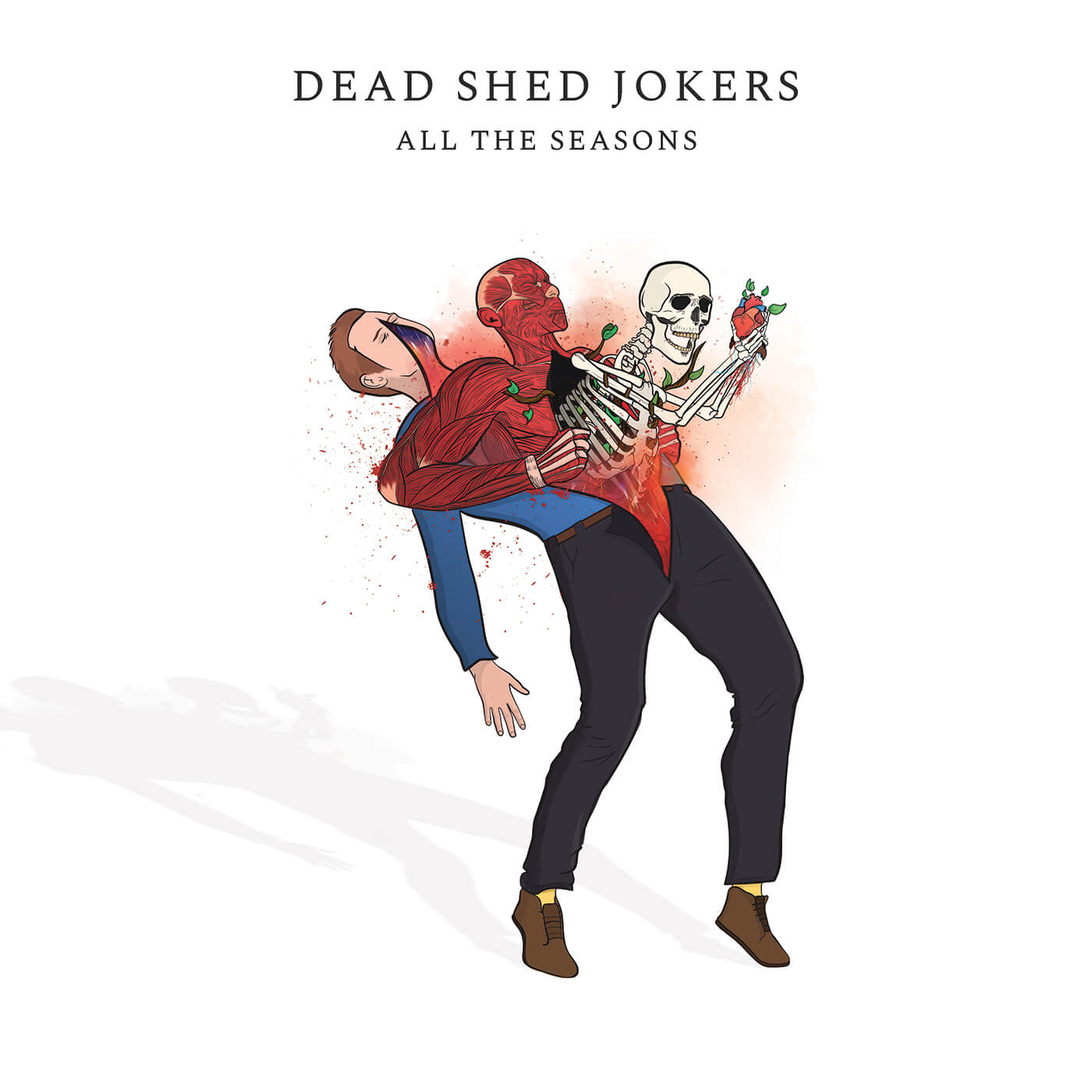 “This song took about two years to finish. It’s easily the longest in the band’s history, and was one that came from the jamming in the shed. It wasn’t a million miles off in 2018 and we demoed it live a few times, but we all felt that something wasn’t right. I stumbled across a recording of it recently and I couldn’t believe how shit it was compared to the finished article. We ditched it for a year or so and then went back to it armed with a few ideas and cut it up.

“The original chorus riff is only in one section now (around 4:45), as a bridge which leads to the outro drop D riff which is probably one of my favourites on the album. We used it to go from minor to major keys, then the drumming mixes up the feel of the last riff until the beastly half time section at the end. There’s some cool fat, fuzzed-up tremolo on the intro and outro sections, too. Sometimes you’ve got to be brutal to get to the best version of a song. It’s a big statement of intent and we couldn’t have started the album with anything else.”

“The main riff is in an open E tuning (G down to E) and the time signature varies from 4/4 to 6/4. It’s a hefty groovy riff as it is but when Metz comes in with that screaming lead, it really fires a rocket up its arse. Less is really more on this occasion. When it [the main riff] reappears over the descending chord sequence at the end it gives the song an LA Woman vibe, as it goes up a few gears and races to the finish.” 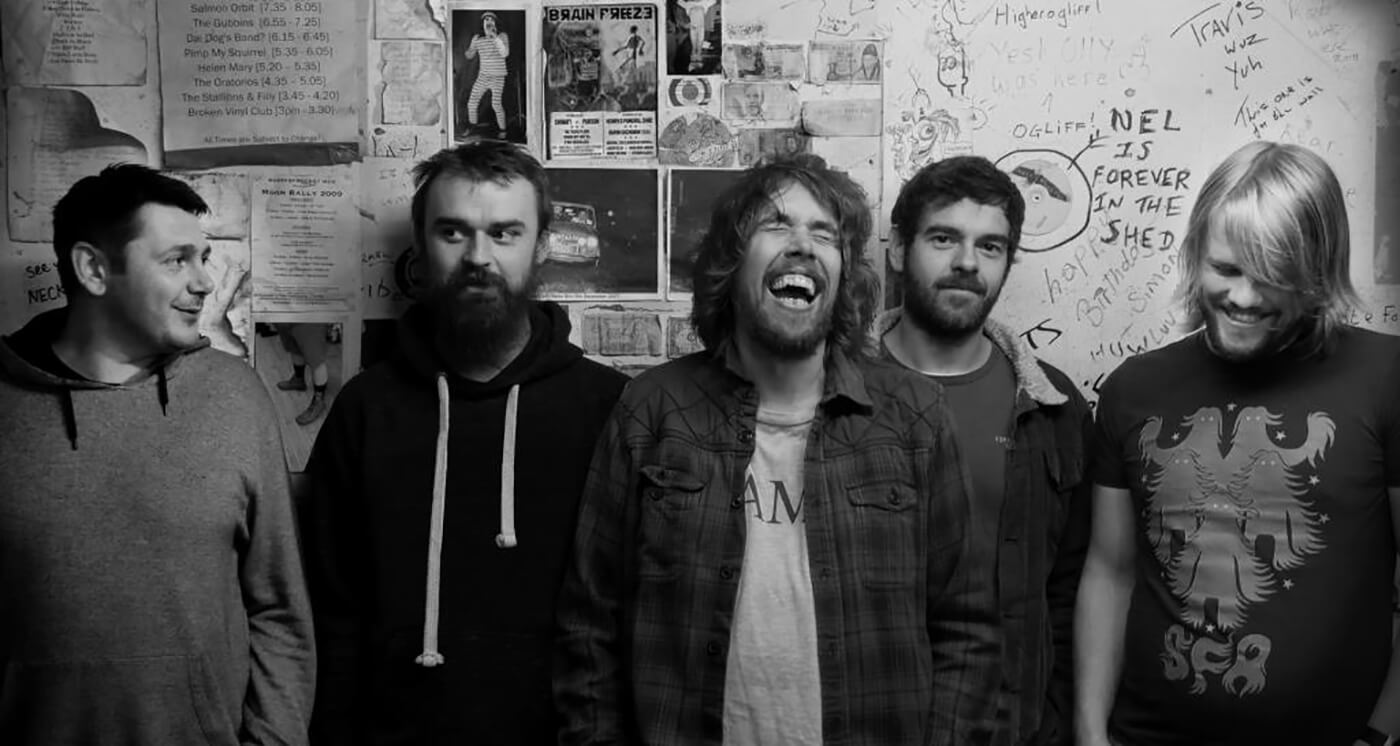 “Metz came in with the lead line for this song and we were all taken by it. It’s a sexy melody in the vein of Mr Josh Homme and QOTSA, and sounds great through the Fender Hot Rod Deluxe. As well as the intro and outro – with a big muff and two other fuzz pedals on! – we cut it up as a call and response in the 2nd verse with the vocal, which turned out great. There’s a good smattering of heavier angular riffs throughout the song too, including some with a Spanish/Latin vibe towards the end (don’t ask us why, Shed boys love samba!).”

“This one’s a drop D number (our general tuning of choice as a band) and has a lot going on, guitar-wise. It’s over six minutes long and we really wanted it to be an atmospheric journey with a satisfying crescendo, considering the personal lyrical content. It’s a light/shade number with heavy Sabbath-esque chorus riffage paired with spooky, intricate verse parts dripping in delay. This was a tricky number to record live and took a few takes to nail, but I think we did it justice.”

Enough Is As Good As A Feast

“The way this song came about represents everything I love about music; how it can just fall out of the sky and magically come to life from nothing. On a Friday night I’d gotten pissed and was up late, then wrote the lyrics in about 10 minutes in one creative mind fart. The following day Nick came round the house and we finished the night (or morning probably) with an acoustic on the couch before crashing.

“I ad-libbed the lyrics over him jamming some chords in Drop C tuning. The last half of the song was a jam in the studio and really captures the atmospheric live vibe of the band. Nick then topped it off with a one-take improvised solo overdub with his Gibson Sonex, which really takes the end section into the stratosphere. For every album he pulls something amazing out of his hat in the studio and reminds us why we he hasn’t been sacked!”

Dead Shed Jokers’ All The Seasons is out now on Pity My Brain.