Fredric Effects has developed a strong reputation for custom enclosures and artwork, alongside coveted sounds usually only heard in Soviet-era preamps and obscure European guitars. 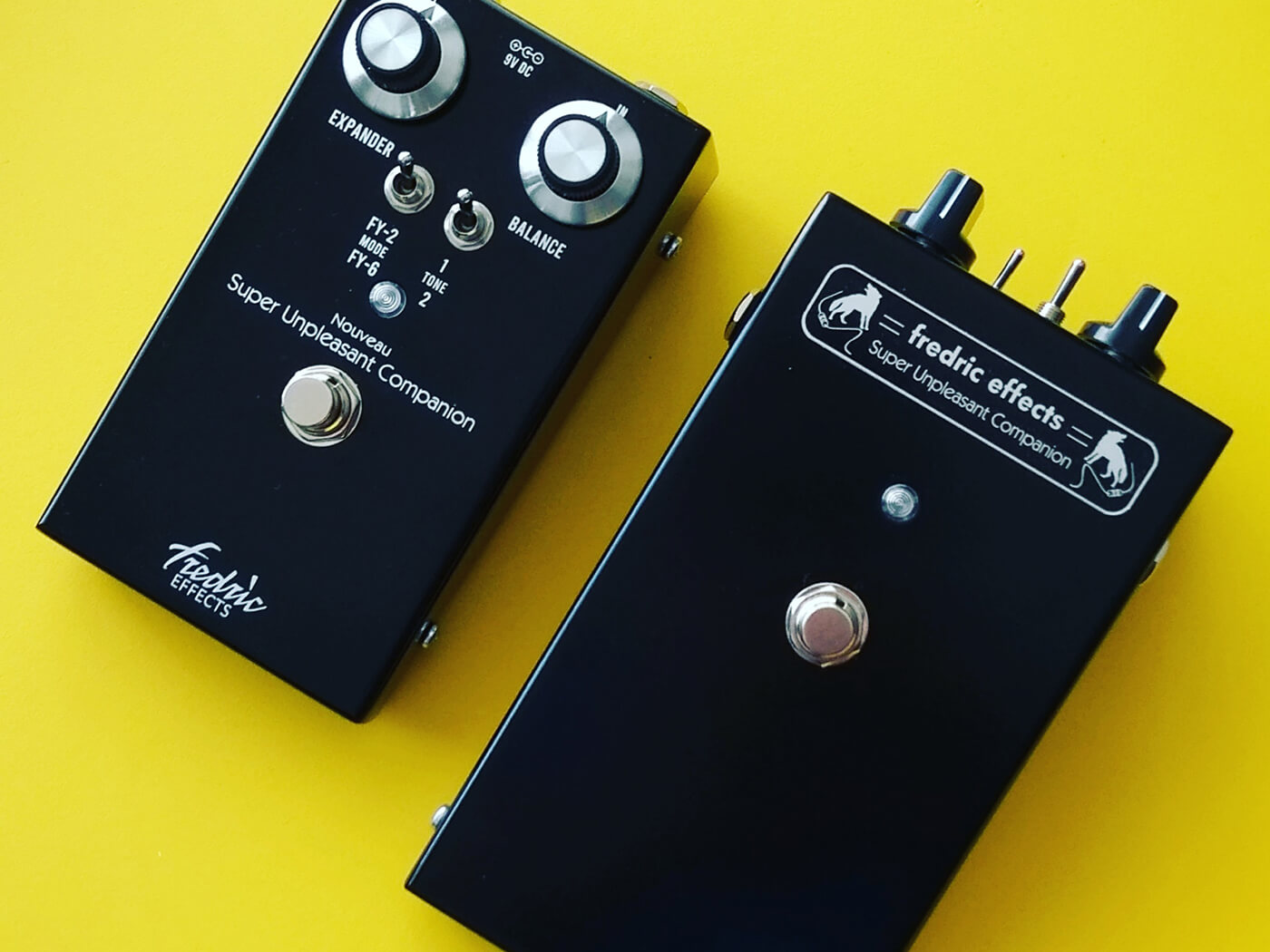 “I started playing in bands pretty much as soon as I picked-up a guitar, and was inspired by bands like Sonic Youth, Sleater-Kinney, Hüsker Dü and Mission Of Burma. I had a few lessons, but it was more of a case of learning by doing. This also explains my terrible technique! I’m also a bit of a collector of weirder European guitars – things like Hagstrom, Musima, Framus and Jolana and so on. I find that going outside your comfort zone guitar-wise can often spark creativity.”

“Pretty soon after forming my first band I began rewiring my guitar and swapping pickups. Lace Sensors then single coils. Most of my guitars have some variety of single-coil pickups even now. Shortly after this my Dad built me a Screaming Bird clone, for ear-splitting treble boost, which makes normal guitars sound clangy and abrasive almost akin to an aluminium-necked guitar. Later-on I built myself some kits from BYOC and Musikding and caught the bug.” 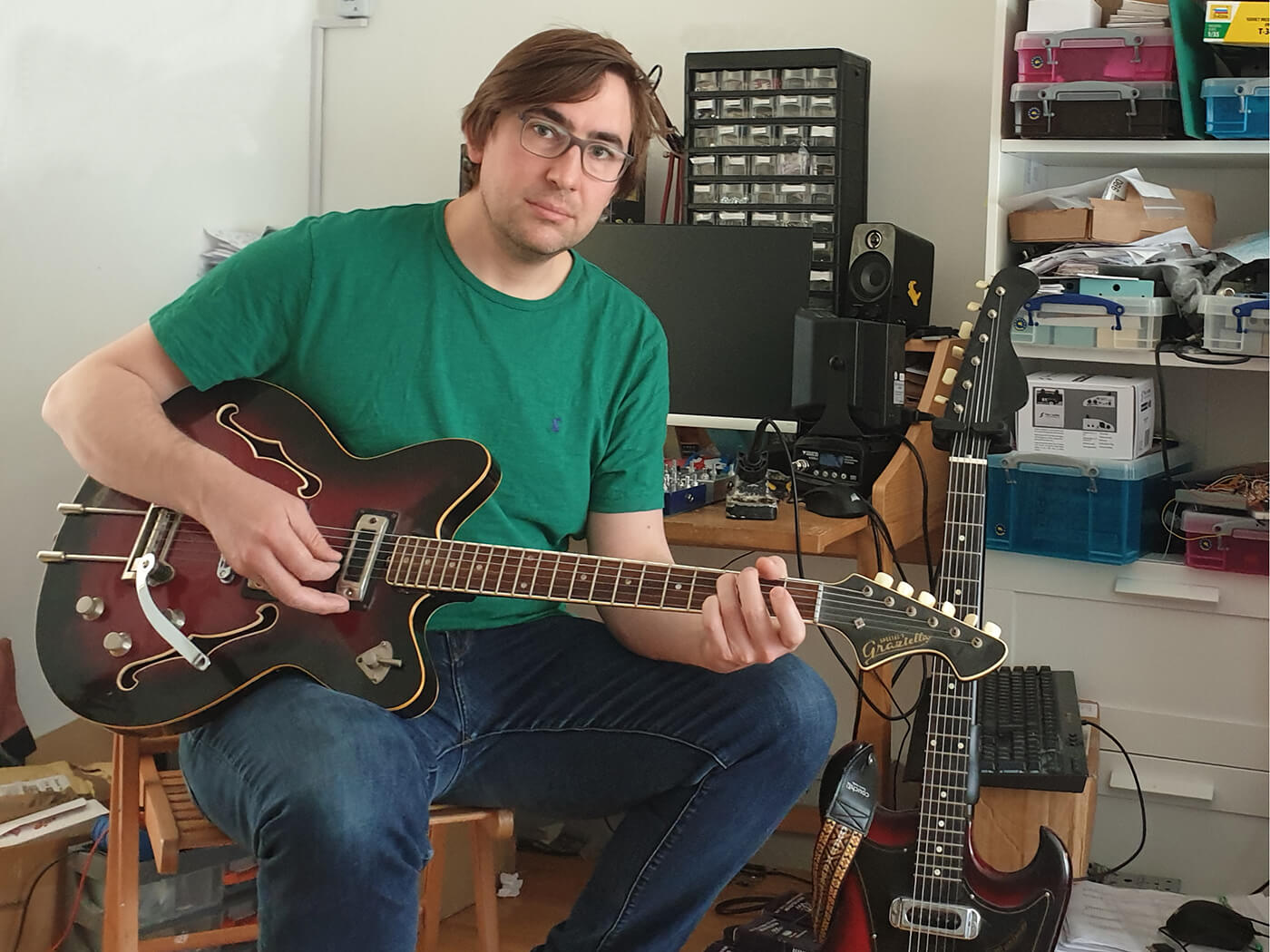 “Quite early on. I was working in a job doing web development but growing increasingly bored. I ran Fredric Effects on the side and as they sold, I’d put the money back into increasingly larger batches of pedals. Still drilling out enclosures by hand, which is something I don’t miss, and etching single-sided PCBs using ferric chloride – horrid stuff! But the pedals sold quickly, and I was able to get a couple of local companies involved in enclosure fabrication and printing, and to outsource the circuit boards too. After a couple of years of growing the pedal biz it became my full-time job. It helped that shops like Regent Sounds and Coda Music were quick to stock the brand and have been supportive ever since.”

“No, it was just a matter of ploughing profits back into the business and growing it gradually. This also means it’s more sustainable over the long term. Having a few different pedals means if there’s a lull in sales of a particular pedal it’s not the end of the world.” 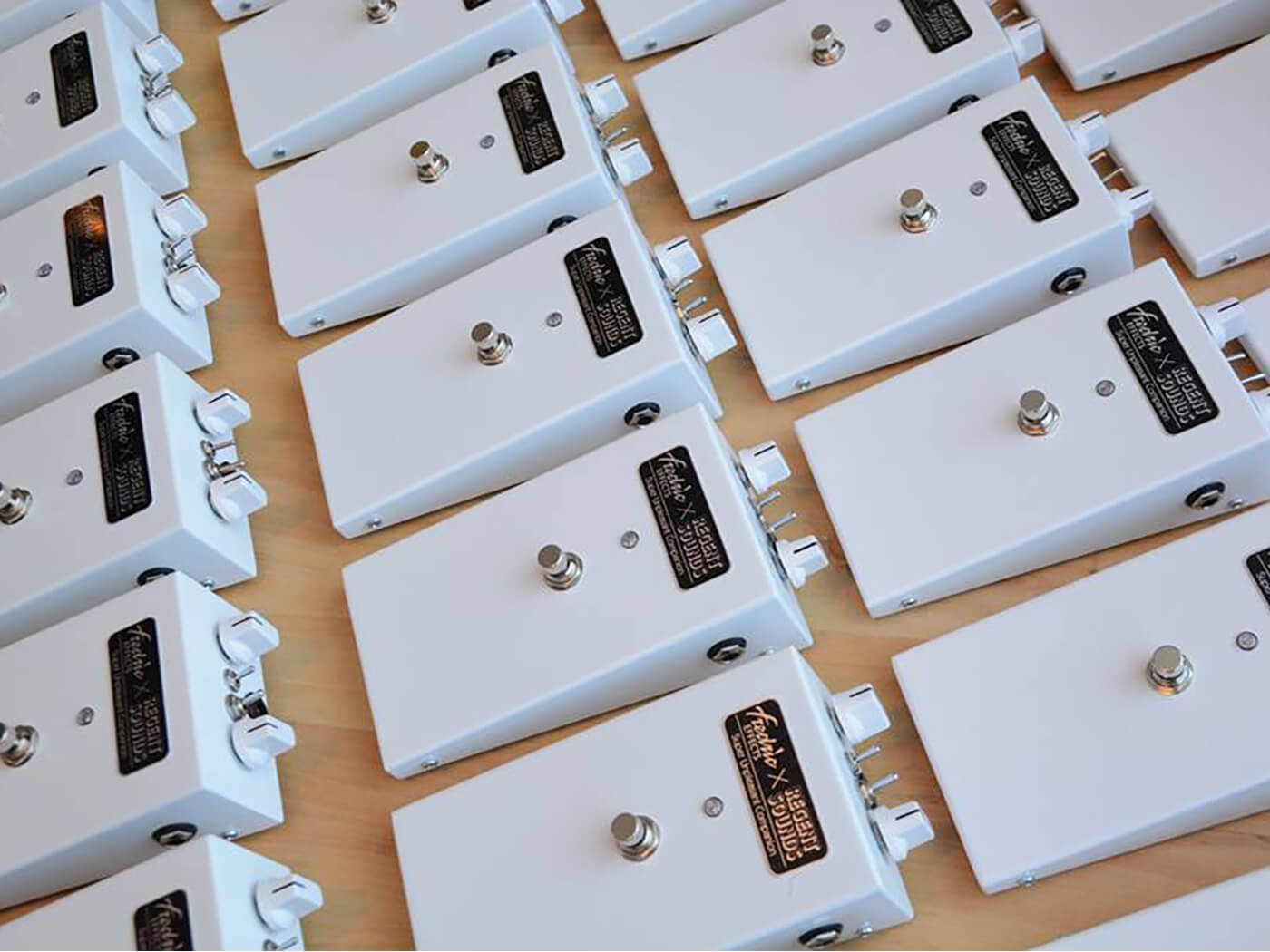 “I redesigned the logotype just over two years ago, and it now works better with the look of our pedals. Given the size of the range there are a few different subsets: those with hand-drawn designs by illustrator Stacey Hine, some with photographic images and others with simpler almost MXR-type labelling. A couple I’m happiest with are the two East German-derived effects, the Verzerrer and Regent 150, which fit in a kind of sub-brand, Fredric Musikelektronik VEB. The ‘VEB’ suffix is a jokey reference to the state-owned enterprises of the GDR.”

“The Regent 150 has been a particular success, and more remarkably because it’s based on the preamp section of an obscure (if you weren’t brought up in the 70s/80s in the Eastern bloc) solid-state amplifier. I thought the preamp of the Vermona Regent 150 amp had potential as a standalone guitar effect, but was very pleasantly surprised how well it works, and how unlike other EQ and boost pedals it is.”

“Another of our other best-sellers is a straight clone of the Harmonic Percolator circuit. This uses the same hard-to-find components as both the original 70s effect and the expensive modern clone, but with improved features people expect, like rotary knobs (the originals used sliders!), DC jack, LED, small size and a diode selector switch.” 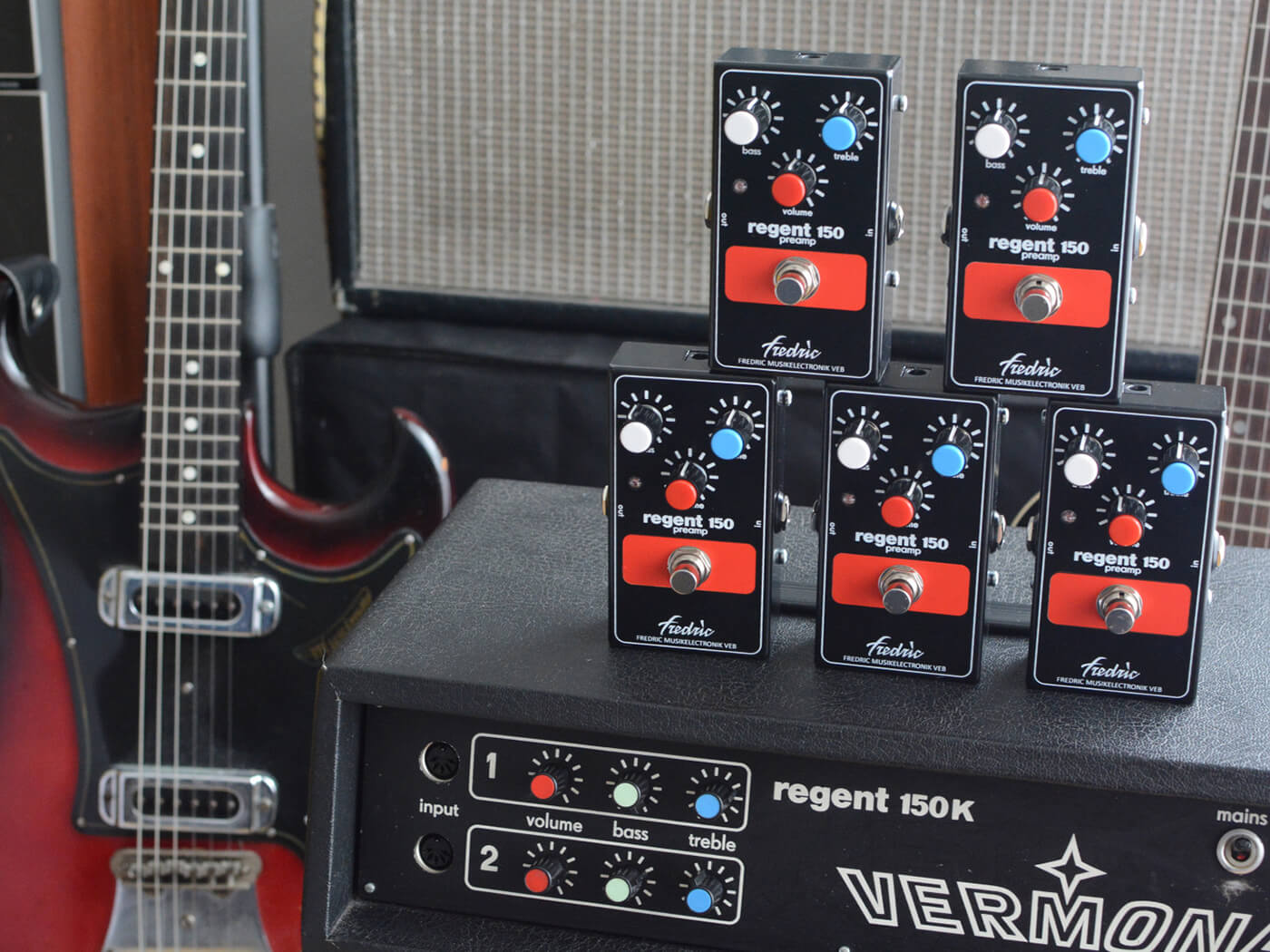 “There have been a few, like when artists I rate use our effects, and when we get commissions to make batches of pedals for bands I respect.”

What’s next for Fredric Effects?

“We plan to attend more guitar shows in Europe in the near future to show off our pedals. As for product launches, there’s the Blue Monarch overdrive, and an analogue preamp plus cab sim and headphone amp combo which I’m designing for use in home practice and recording.”

Find out more about Fredric Effects at fredric.co.uk.