Famed for his critically acclaimed documentaries, Gary Hustwit is also something of a guitar aficionado. Here the partner at Oregon-based Koll Guitar Co tells us about trading guitars at age 12 and how music inspires his films. 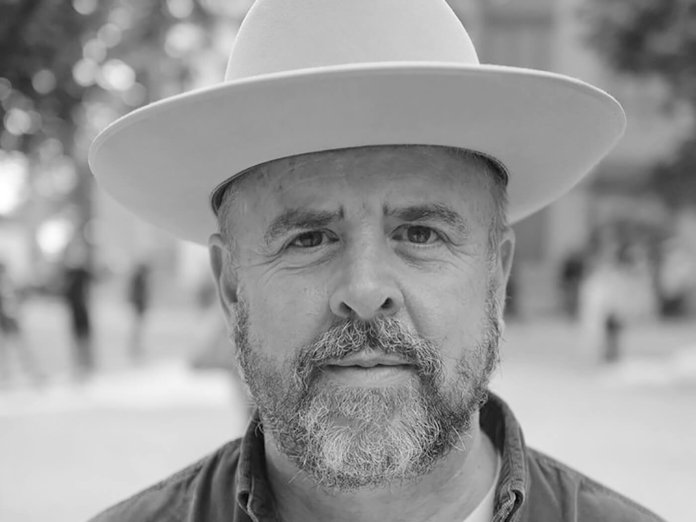 “My mom’s brother was a luthier and guitar collector. When I was a kid, I used to go to his shop during the summer and apprentice there. He would teach me about instruments, repairing things and going out on buying trips. I started learning how to play, and buying and selling guitars. When I came back to California, I started putting classified ads in the local newspapers. People would come to me and find this 12-year-old kid being like, ‘Yeah, okay, I’ll give you 400 bucks for that D-18’. Throughout high school and college, I would keep my eyes open for things at flea markets. I remember finding a late-1940s Martin 0-17 for about 100 bucks!”

“I have a ’56 Gibson J-45 that’s beat to hell but sounds so good and so broken-in. It feels like an old pair of blue jeans. It’s so comfortable and, when I pick it up, I just want to tune everything else out and strum and play songs.”

THANK YOU! I just wanted to give a quick thanks to everyone who's emailed or messaged thanking me for giving the films away during this crisis. Apologies if I haven't written back, but it really means a lot. Like all of you, I'm also trying to figure out how day-to-day life works in this crazy situation. And I hate seeing so many friends and artists hurting right now. I wish I could just give everyone some money, but I can't. But I can give everyone films! It's amazing that over 200,000 of you have spent a few hours of your day watching one over the past two weeks. I hope it's provided some inspiration, or at least gotten your mind off of the virus-which-shall-not-be-named. . Watch my films free at ohyouprettythings.com/free or link in my bio. “Urbanized” this week, “Rams” next week. Then some crazy stuff the weeks after that. . I'm tipping my hat to y'all in this photo by @ebruyildiz. Stay safe friends.

“My first guitar was a Martin 0-16NY that my uncle gave me when I was 13 years old. At the time, I didn’t appreciate it. Shortly thereafter I started listening to Led Zeppelin and wanted an electric, so I traded it in at a Guitar Center and got some crappy Peavey or something ridiculous. I’d love to find that Martin. I had a ’67 Telecaster that I let go in college, for rent money or something stupid. I could list another 10 guitars that I wish I hadn’t sold.”

“About 10 years ago, it would have been a 000 acoustic, Brazilian back and sides and an Adirondack top, something like that. Now, I think it would probably be a thin mahogany solidbody, like a Koll Junior Glide, maybe a couple of humbuckers and a wrap on it, a Brazilian fretboard, and there you go. Simple, functional, light, phenomenal-sounding, stripping the design down to the essentials. I see a lot of guitars that have design details and ornamentation for no reason, which I’m really not into. I like simplicity and getting rid of distractions.”

“I’ll strum a few open chords just to get a feel for it. I have a thing that I started doing early on – if I’m in a guitar shop, I’ll strum all six strings individually and hear them resonate. I’ll go from guitar to guitar while they’re on the wall and do that, just strum across. I love getting that comparison between guitars and I can tell almost immediately, at least with acoustics, that I’m going to like a guitar just from that.”

“I can’t think of anything that strikes me. I’ve had a million musical influences, bands I’ve known, guitarists I’ve watched and been inspired by. Music is my biggest inspiration, even when it comes to film. When I hear music, I see images. When I come up with the idea for a film, I always hear what the soundtrack is first. When I had the idea for the Dieter Rams film, what I was hearing was something like Brian Eno. I managed to get Brian to work on the film with me, which was insane.”

I just donated this old parlor guitar to @orphanguitarsnyc, a shop in Brooklyn where proceeds go to music education in public schools. They give instruments to students, and sell guitars to support music programs. If you’ve got a guitar lying around that you’d like to donate, hit them up! They also have dozens of used electrics for sale in the $500 to $1,000 range if you’re in the market.

“I’ve never had anything horribly go wrong. I’ve had various amps blow up or tubes go out but nothing on a Spinal Tap level. When film-making, though, sure. I’ve been almost arrested and almost hit by cars many times. I’ve been threatened by Russian thugs. But no-one was killed. No drummers died.”

“I have an eight-year-old daughter so I listen to a lot of Taylor Swift and Rihanna. I do it begrudgingly but sometimes I get into it. There’s so much 1980s new wave and so many bands from my past that I don’t listen to anymore that I look back on and am a bit embarrassed by. But I think you have to own those moments in your musical history. When I got into punk, I disavowed all my Zeppelin and AC/DC but then, of course, I came back to all that stuff. Never disavow the stuff that you loved when you were a kid.”

“I’m not one of those natural players. It takes me a long time to get my fingers to co-operate. I see somebody like Julian Lage and think he’s phenomenal, the freedom and the way his fingers are channelling what his brain is coming up with. I could sit and play guitar for 12 hours a day for the rest of my life and never even approach that. That level of natural musical talent, I would love to have that.”