“There were moments where we felt close to going too far”: The Goon Sax on their latest LP, Mirror II

The Brisbane trio on vintage synths, the freedom of no wave and how a mugging in Berlin changed the songwriting on their latest LP. 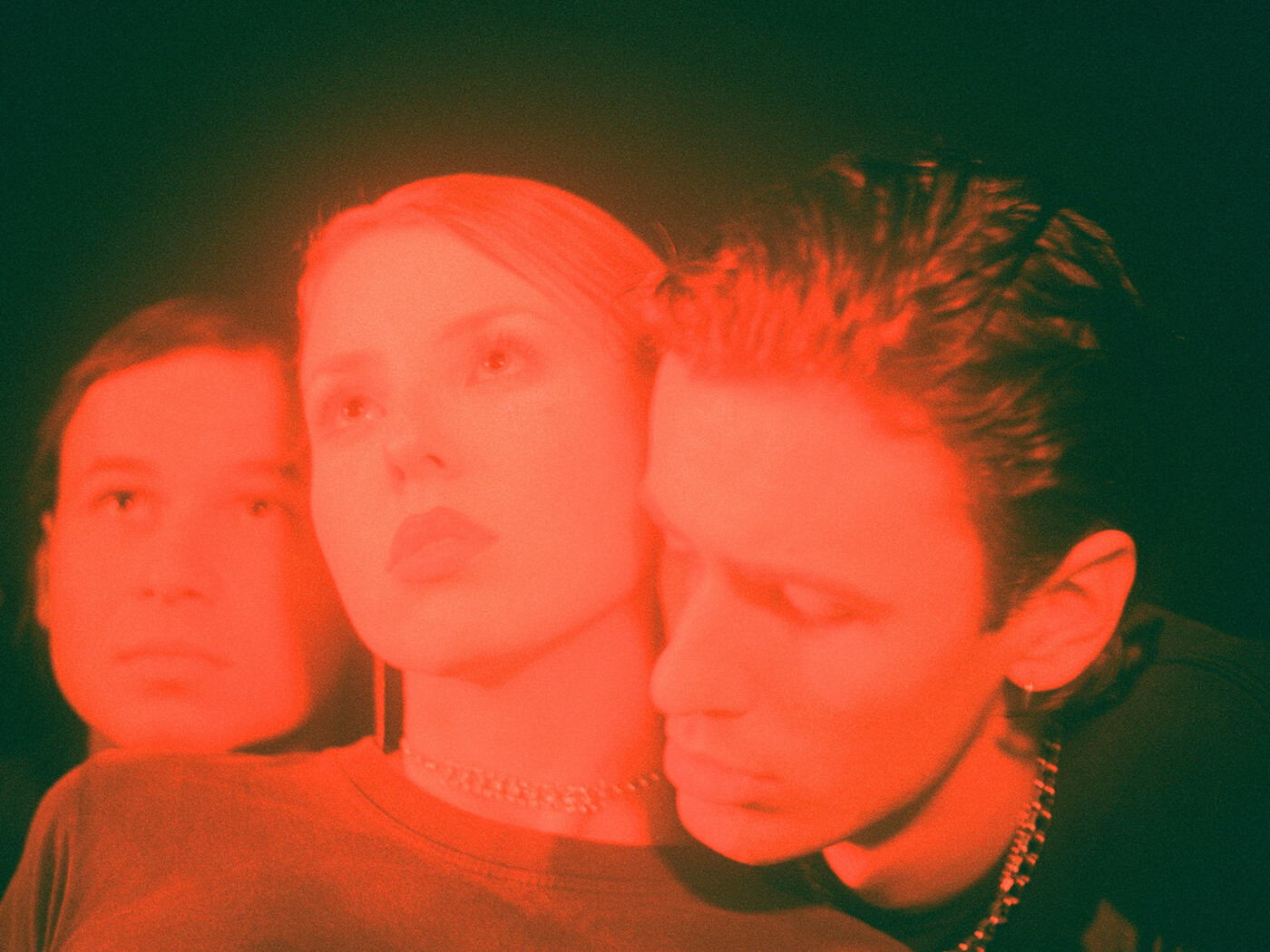 Sometimes we drift – when we eventually stop and look around, we find unfamiliar landmarks and open spaces that suggest something has changed, maybe permanently. After two records that mined the wiry punk and jangle-pop history of their Brisbane hometown, the Goon Sax’s three songwriters spun off into fractured sounds and a sense of distance, both from one another and their musical roots.

Louis Forster – the son of Go-Betweens co-founder Robert and Karin Bäumler of the German pop group Baby You Know – was responsible for the first part of that equation. Following the release of We’re Not Talking in 2018 he decamped for Berlin for a time, crossing into a city with a wholly different pop heritage.

“I felt like I grew up quite fast – I really didn’t have any idea what I was doing,” he says during a late evening Zoom call. “I moved over there and got robbed by a drug addict three weeks later and had no money. Shit happened. I felt like it broke my life apart in a way that made me not feel the need to be such a narrative songwriter anymore.”

Back in Queensland, the structures and traditions of narrative songwriting also weren’t on the mind of Riley Jones, who recruited bandmate James Harrison to bring life to discordant, no wave-leaning songs in Soot, blowing up the Goon Sax’s traditionalist streak from the inside. “I was playing auxiliary instruments like glockenspiel and trumpet and percussion sometimes,” Harrison says. “I got this feeling that I could just hit anything, you know? It broadened the way I could physically play music.”

The third Goon Sax record is built on these experiments and rolls of the dice. Mirror II arrives heavily indebted to Forster’s consumption of electronic music in the German capital, with Jones and Harrison’s deconstructed approach coalescing into something new around the group’s magnetic core of memorable melodies. “We tried so many different things and had so many different songs that aren’t on the album, which I think moved away from writing chord-based songs,” Harrison says.

“I think Soot influenced us quite a bit,” Forster concurs. “From you guys playing in it to me seeing you guys play all the time, and being around it constantly, the energy of it definitely inspired the band. We were making a more atonal record to begin with. It was really Pop Group, The Fall, Raincoats, Beefheart. It’s still in there, but I think we let ourselves indulge in a lot of other things as well. In the beginning we were quite strict as we tried to understand that stuff. I don’t know if we did. I feel arrogant saying that.” 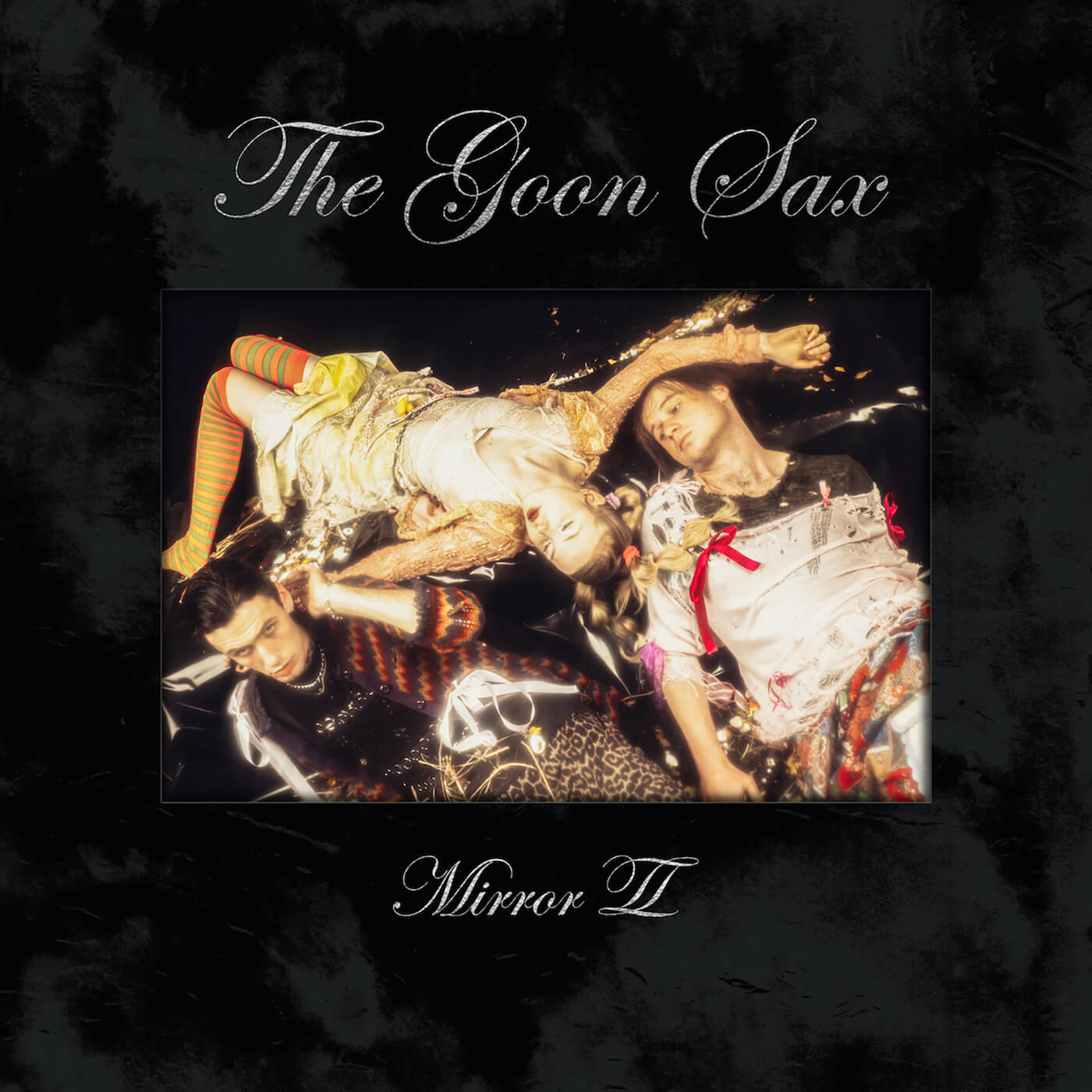 The trio – who rotate duties on guitar and bass, drafting in drum machines and loops here alongside Jones’s steady playing – moved in together during the writing process, workshopping material alongside a further scattering of housemates. As an exercise it ended up a little on the tense side but, as ideas alternately fell away or were sharpened, an idea of how to square their new preoccupations with the desire to make hook-driven music came into focus.

“I think it was pretty claustrophobic, to be honest,” Forster admits. “That was a good thing. We were all up in each other’s shit. There were six of us living in a four bedroom house. We heard everything that everyone else was listening to, and playing in their room.”

“I felt like all the songs we were writing, even though we were drawing from different influences at times and had been experiencing different things, were all still responding to each other,” he continues.

“We were showing each other things all the time. I feel like we learned how each of the styles we were developing on our own fit into the context of each other’s songwriting, like how Riley’s guitar playing really changed the way my songs come across on the record, or how Jim’s keyboard playing does. The way I play guitar, which is more muted, really comes through in a lot of Riley’s songs. It started to interweave into something we understood, but that took a long time. There was so much in there that it took a while for the dust to settle on our ideas.”

The LP’s slate of influences is all over the place – Jones loves Keiji Haino, Forster loves Young Marble Giants, Harrison loves Syd Barrett etc etc – but it’s remarkable how steadfast their own writing is in the face of such a barrage of information. The same is true of their competing performance styles, which prioritise different things and deliver surprising beats in songs that initially appear to be doing one thing rather than two or three. Harrison played more lead lines than ever before, while Jones has a capacity for anarchy that thrillingly bubbles below the surface of the Jesus and Mary Chain fuzz of songs such as Desire. Forster is perhaps the band’s anchor: his songs are self-contained art-pop gems.

“Riley has this really loose, atonal, unhinged type of playing,” Forster observes. “She has that looseness, and an incredible ear. Jim writes the best riffs. The riffs on Tag and Bathwater were written by him, where he wrote on me and Riley’s songs. My playing’s maybe colder, a bit more groove-based. I play more rhythmically in my strumming technique. Maybe I developed that listening to a lot of disco things.”

Jones’s playing is also set apart by her guitar. She uses a 1970s Sakai apparently styled after a Gibson SG or Kalamazoo KG-2. “A friend gave it to her,” Forster says. “It’s got a really, really thin body. She has always played that guitar, learned to play on it, and I think her style really revolves around that little SG knockoff.” He and Harrison, meanwhile, share a Fender Jaguar on stage and off. “Before that we’d been playing a little Squier that Jim found on the side of the road,” he says.

“It’s actually pretty tricky,” he adds of their intertwined guitar and pedal setup. “We play differently so we have to change the settings sometimes when we’re passing between each other. When we forget, that can mean that one of us is way too loud or too quiet or whatever. We do share all that stuff. Amp-wise play whatever we can get. We don’t own a guitar amp. We’ve never owned one. There’s one at the practice room. It’s never really been a necessity or something that was affordable. Pedal-wise we have a Boss distortion, an MXR chorus, a space echo. It’s not a whole heap of stuff. We probably have about five between us.”

Mirror II was recorded at Invada, the Bristol studio owned by Geoff Barrow of Portishead and Beak, with producer John Parish, who was allowed some insight into their process in order to render a sound they’d already mapped out fairly exhaustively. “We had some pretty strong ideas about the tones that we wanted, and the arrangements,” Forster says. “But at the same time we did allow ourselves to play. I think we struck a really happy medium, maybe for the first time. On our second record we were really changing things in the studio and maybe at times lost a little bit of the original intention in some of the songs. On our first record we changed nothing. We just went in and played that virtually live with a couple of dubs here and there.”

At Invada they were swept up in stacks of vintage synths, toying with Moogs and Roland Junos to add the shards of electronic sound that define much of the record. The knock-on effect was that they had to view guitars as a constituent part of the whole for the first time. “Before that we had acoustic guitar on pretty much every song,” Forster says. “It was always just strumming, this constant feature. This time there are sections where there are no guitars, and we started to see the guitar as something that wasn’t inherent, but was as much an added texture as anything else. It was no more important for the first time. We placed it in more, it didn’t just run aimlessly.”

It’s telling that this more deliberate approach hasn’t dulled the alchemical nature of the band’s music. They have been playing together since they were in school, and they’re still burning with a sense of easy chemistry and camaraderie. During The Chance, that dynamic breaks open as Forster and Jones take up an unselfconsciously rousing chorus, sewing a questioning seam of melancholy along its frame. “What’s a dance? What’s the chance? Unsure if we are still young,” they sing. Tucked among excursions into ragged psych-folk and icy post-punk it feels like a reminder that finding fresh places that excite us doesn’t have to mean forgetting where we come from.

“There were moments where we felt close to going too far,” Forster says. “But then by pushing it we realised what felt like the band and what didn’t. Even when the band is constantly changing, and each record feels like a very different thing, there were some things we all got a sense felt right in this context and some things which didn’t. You kind of hone in on the essence of what a band is even as you’re pushing it out into new territory.”

The Goon Sax’s Mirror II is out now through Matador. They tour the UK in September 2021: