Introducing… Alfie Templeman: The indie artist getting real about mental health, but also making it funky

19-year-old Alfie Templeman erupted onto the indie scene when his music landed in a popular Spotify playlist. Now, with his debut album having just been released, he chats to us about being a self-taught guitarist and hanging out with Nile Rodgers.

When the pandemic struck in 2020 and the UK was placed under lockdown, Alfie Templeman started writing music for the summer he was missing out on. Stuck inside and having to shield due to a respiratory condition, he found himself both battling his mind but also enjoying a space that allowed for endless expression, “I just felt free in terms of creativity,” he says from a conservatory room in his home in Bedfordshire, with the springtime sun beaming behind him and hayfever kicking his butt. “I didn’t put any labels on it.”

Templeman’s debut album Mellow Moon sees funk and disco dancing with lyrics that document the feeling of being broken and having to figure out what’s going on inside your own head. “I got really bored and fed up of lockdown,” he says. “Once we came out of it I started putting together the tracks, I went out again and lived quite a bit. It all came together. [Mellow Moon] has two sides of the coin: it has me in isolation overthinking everything and then overcoming that and being free again, it’s got a really nice juxtaposed sound to it.”

Templeman has his father to thank for teaching him the basics of guitar, which would eventually lead to him being largely self-taught and able to play by ear. “My dad taught me a few chords growing up but he’s left-handed, so I learnt to play backwards on his left-handed guitars.” After getting to grips with the pentatonic scale and a few handy chords, Templeman started learning songs by his favourite artists, such as Frank Zappa and Rush. “I listened to those records to teach myself,” he adds. “I think I progressed quickly ’cause of the music I was listening to. I used to use my thumb [to play] before I started using a pick. I also copied Jimmy Page quite a lot. I really liked Zeppelin and the sloppiness of it but he’s also a great player. You can’t knock it, he’s a good sloppy.” 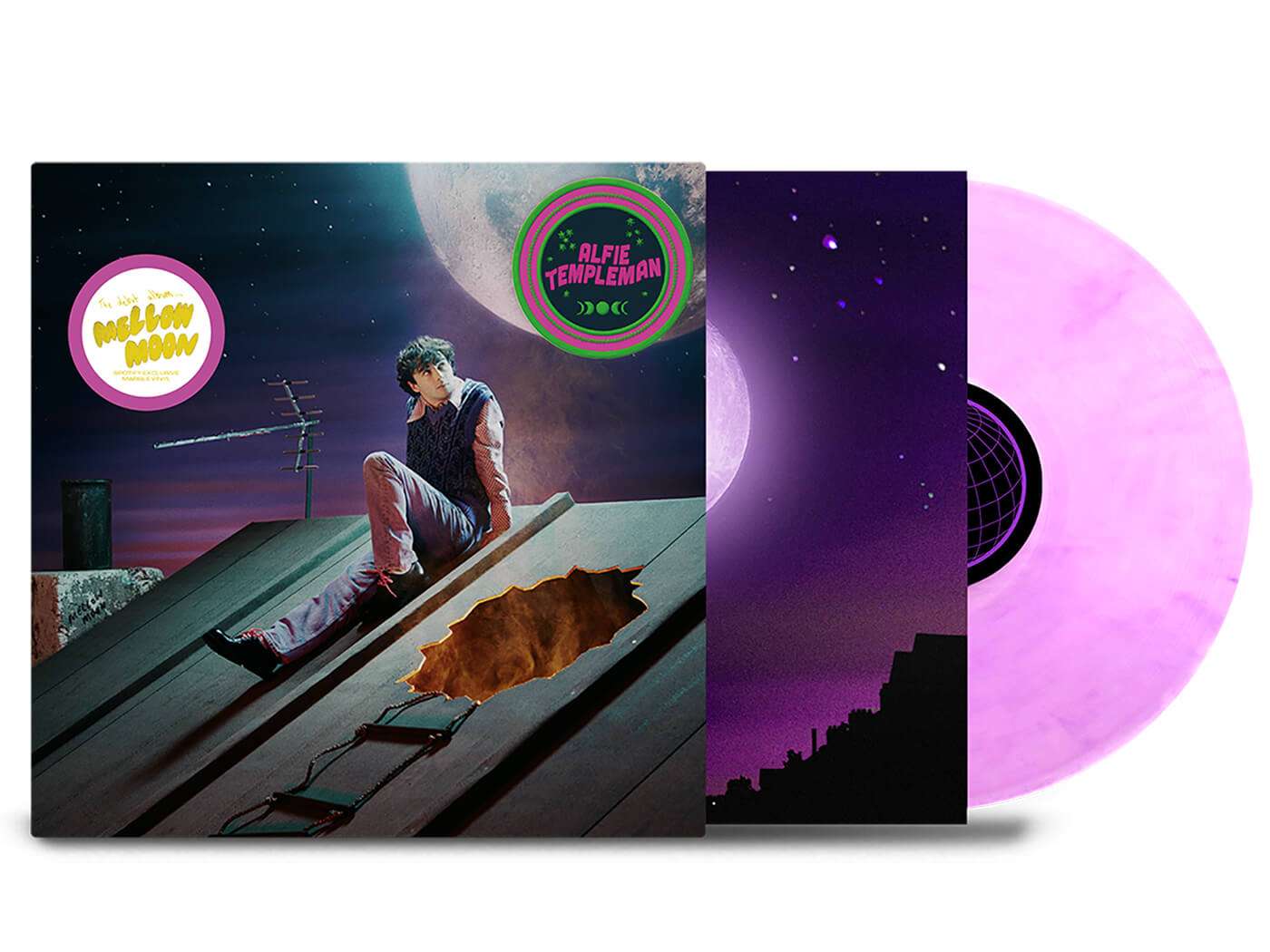 Before the madness of 2020, Templeman had been making original music in his bedroom for three years. Soon his work began landing in Spotify playlists such as New Music Friday and the algorithm-led Discover Weekly, delivered to users every Monday morning. “I was lucky enough to just get on a playlist that my label heard but if it wasn’t for that, who knows how long it [the launch of his career] would have taken or if it would have even happened at all.”

With streaming services being weighted towards new artists, the competition makes it difficult to get noticed. “Artists are in a sea of people,” says Templeman. “There’s so many people out there it’s hard to discover everything. I get really excited by underground bands so whenever I do it’s like I’ve struck gold.”

There’s also the ongoing debate, one that may never be resolved, of whether streaming services are friend or foe to the modern musician. “Sure, they do some good for artists but they never pay them properly.” Templeman chuckles and pauses to think. “It’s a bit of a curse. It’s like musical greenwashing in a way. It’s easier for people to get out there but it’s just not fair and you get buried.”

Despite the difficulties with being a DIY musician, Templeman believes that being self-taught is the best way to learn. “If you wanna develop your own style, it’s the way to go, ’cause you naturally pick it up – you have your own thing, your own ways that are unique to you and you only.” Guitar lessons were never on the cards for Templeman. He couldn’t bear to sit and be told to learn Smoke on the Water or Sweet Child O’ Mine. “It’s all the wank stuff! I’ve never had a lesson in my life ’cause I saw that coming. I don’t think grades mean shit really. If you have technique that’s cool but you have to feel it, you know?”

Templeman started on an Epiphone Casino, inspired by his admiration for The Beatles. These days, though, he’s a Strat guy. “I’ve got one I always rely on: an Aubergine Strat from 2019. That’s my go-to on live shows but recently I’ve dabbled in all sorts. I used an EDS 1275, which is a double-neck Gibson. I’ve been using that quite a lot for 12-string parts. I really like 12-string music, I like how pretty it is, like early Genesis.”

Speaking of inspiring artists, Templeman recently found himself in alliance with the one and only Nile Rodgers. “I’d said I was a fan of him a few months ago and he texted me on Twitter and was like, ‘Hey man, I’m at the studio today if you wanna come hang with me’. So I went down to Abbey Road and he had his hitmaker guitar – he has it in a vault! He was like, ‘Bring out the hitmaker’.” Templeman makes a husky Nile Rodgers voice and laughs. “It was so cool. He was so chill and a really nice guy. We had a Nando’s as well, and listened to my songs. I couldn’t believe it. It was fucking insane.”

Despite such colossal achievements before hitting 20 years old, Templeman is just like any other young musician. “I don’t have my life together yet. And this album shows that. All of this is a learning curve. I’ve realised I’ve still got a long way to go until I feel comfortable with myself, and this is a good way of starting and showing that.”

After a handful of EPs and the mini-album Forever Isn’t Long Enough, debut full-length Mellow Moon is set to give audiences a more fulfilling taste of what Templeman has on his musical menu. After amassing so much well-earned hype, it appears he won’t be stopping anytime soon. What’s next for him following this album? “The second one, which I’m literally making right now,” he says, with glee. “I’m not messing around.”

Mellow Moon is out now.