Guitarists Izzy B. Phillips and Chris Ostler discuss the retro-fabulous sound of the band’s forthcoming sophomore LP, writing with Royal Blood and Carl Barat, using Jack White’s old amps, and seeing how many fuzz pedals you can stick on a guitar at once.

Black Honey have built themselves a unique space within the UK indie scene, which is mainly down to their cinematic aesthetic. Earlier singles featured stylings from decades gone by with a Tarantino-esque sheen and they have always had the dramatic set pieces to match. Now Black Honey have gone all in on this aesthetic with their second album Written & Directed.

There is undeniably a ‘Black Honey sound’, something that is quantifiable as belonging singularly to them and a testament to the consistency of the soundscapes they have made and the overall aesthetic. As well as taking on those cinematic qualities, they flit between a wide plethora of rock music’s eras from retro sounds of the 50s and 60s all the way to grunge, yet they are all tied together into songs that feel uniquely Black Honey.

Mixing genres is a huge part of how the band stay within their sound without it becoming too familiar. “Songs like Midnight are disco, there are other songs and they’re a little bit more electronic, 80s stuff,” guitarist Chris Ostler explains. “A bit of tremolo on there always ties things in, Izzy’s [frontwoman Izzy B. Phillips] voice is so distinctive, you can always tell it’s her from a mile away. No matter where we go, we’ve always got little things that signpost Black Honey and I think we try and keep that the same.”

Written & Directed could not be more of an apt title for the band’s output, and the idea of centring around cinema was key within the recording process. “We had an ethos where we said that every song on the record had to fit into a scene in a film,” Izzy chimes in. “That was the only kind of artistic parameter we gave ourselves and so we started to delegate like ‘okay this song is the action scene, this is probably the rolling credits.”

If Run For Cover were to be in a movie, then it wouldn’t be out of place as the high-octane chase scene. With high velocity riffs that pull skin-tight to the cheekbones as the tyres leave burning trails behind you. Both Izzy and Chris are in agreement that it is one of their personal favourites from the album, “It’s got that right amount of retro and the right amount of spirited rock ‘n’ roll,” adds Izzy. “It’s got that slightly unhinged feeling about it”. Perhaps it is no coincidence that Run For Cover sounds right for the road, as it was co-written with Mike Kerr of Royal Blood who has an interesting way of testing new demos with Izzy.

“It’s so ridiculous. He picks me up from my mum’s house in a Porsche and he’ll usually throw a pair of leather gloves at me through the window,” Izzy says. “We drive around Brighton basically listening to Royal Blood demos or Black Honey demos and we just talk about music. When you’re driving you can really feel it.” 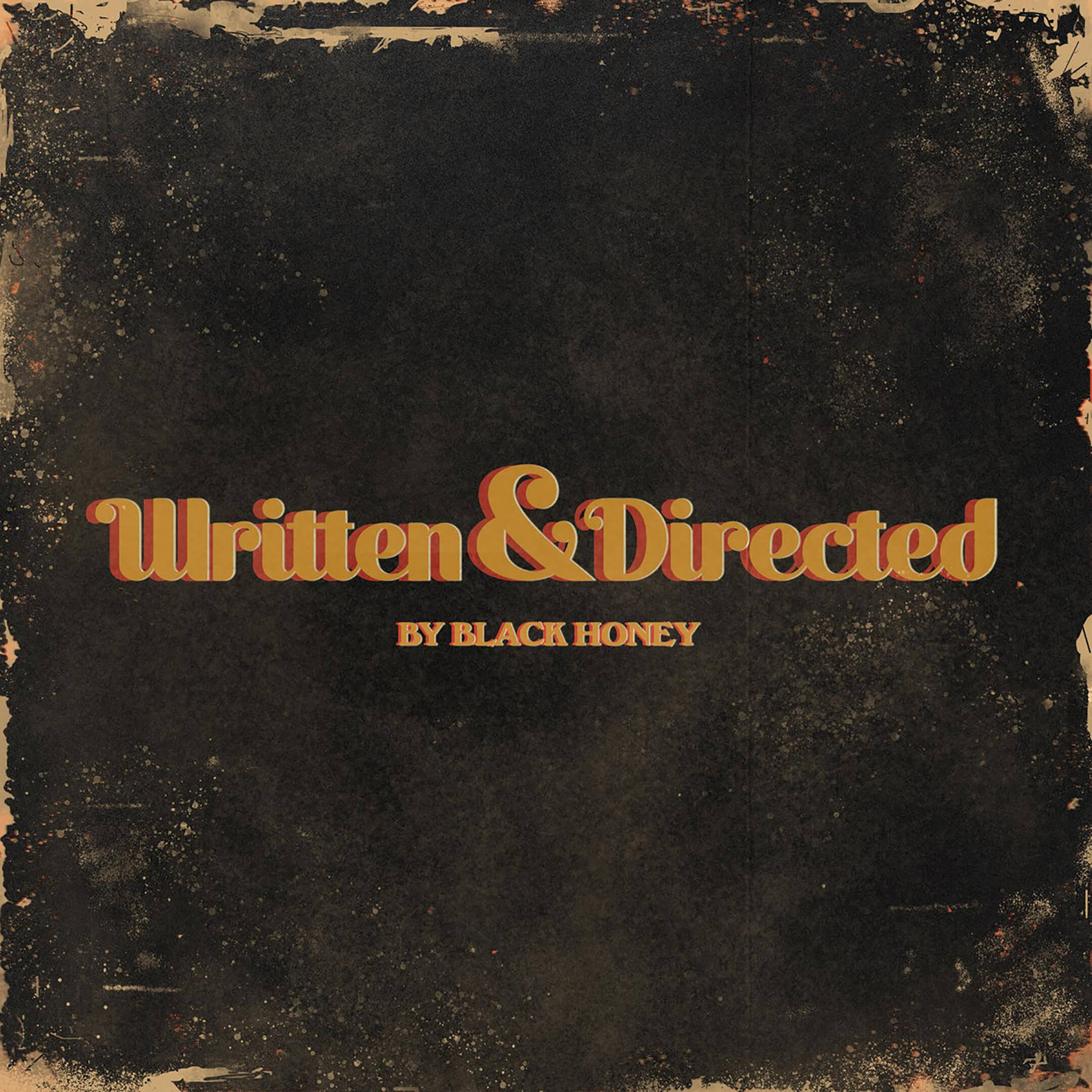 Get the boys round

Mike Kerr’s name is not the only one attached to the new album, with other guests such as Libertines legend Carl Barat, Olly Burden who worked with The Prodigy and Alan Moulder, who has worked on countless records including The Killers’ Hot Fuss.

One particular technique of Alan’s stood out to Black Honey. “He would play a mix and he would watch everyone in the room” Izzy begins. “He would say everyone in this room preferred mix A to mix B. (He said) I know everyone liked mix A better because you all tapped your feet at this point, he’s so intricate on how people physically react to stuff”.

Being in the studio with Alan was a learning process for the whole band, Chris, who has worked on production for Black Honey’s previous singles says he learnt a lot and hopes to take that into their future projects.

“His whole thing is about rhythm and how the music feels, so I really learnt a lot,” he explains. “Just shut your eyes and feel it, it’s so much more important, people aren’t going to give a shit if your guitar tones not quite right on that song, they’re not going to care if you play a note wrong but if it doesn’t feel right that’s so important”.

There’s an assured feeling throughout Written & Directed, never a shadow of doubt within its direction and the confidence shines through, it imbues the songs with a palpable sense of energy. It sounds like a band with a renewed sense of purpose. In a switch of the difficult second album cliché, they found themselves under less pressure this time around.

The pair describe the recording of their self-titled debut album as rushed – so much so that the drum parts had to be recorded at Izzy’s house during a tour cycle – but they’re hugely proud of what came out of it, and their journey to date. “I wouldn’t change anything about our journey” says Izzy.  “I am so grateful that we have what we have and if we never make an album again, I’ll still be like ‘Yeah I made this’ to my grandchildren”.

Perhaps it’s the influence of their famous collaborators, or perhaps it’s a natural progression, but there’s no doubt that Black Honey have got heavier and skeezier on album two, with tracks such as Disinfect descending into a glorious maelstrom of swirling reverb and distortion.

Many of these sounds came from a single source: Interphase Audio’s Ark Console – a modular analogue recording and mixing console that the band first encountered in the studio. “It’s got loads of effects like distortion,” Chris enthuses. “I plugged my guitar straight in there and most of the fuzzy sound off the record is from that. We wanted to push the boundaries a bit with really bold tones and we doubled it up with a couple of amps as well. I had my Fender twin reverb which I always go with and he (Dimi, the producer) had an old Silvertone that Jack White used to use. I think those three sounds combined is like the main tone, it was a bit of a cocktail in the end”.

“At the end we were like nah it doesn’t sound gnarly enough” Izzy adds. Chris continues, “How many fuzz pedals have we got on that guitar part? Only four? Put six more on! Another thing is with making this sound, there’s only like one prominent guitar part in most of the song. That was really big because we’ve always written with two, maybe three guitars, just chucking whatever at the wall to see what sounded good”. This self-imposed restriction was good for the band and they ultimately found it freeing, allowing them to focus on making the one part as good as possible.

Chris has mainly been using a Jazzmaster and borrowing Izzy’s Gibson ES-320, whilst she currently has her eye on obtaining a “Dolly Parton-esque” Fender Newporter that she is obsessed with. Chris has been playing guitar ever since school, being guided towards rock by his dad’s influence of AC/DC and Led Zeppelin. When trying to pick up new techniques he approaches it practically, taking time to mess around with his guitar, he describes being introduced to baritone as a freeing experience, and something that he would like to explore further in the future.

“It’s not necessarily what’s being played, it’s how it’s being played,” says Chris of the band’s approach to writing guitar, which rings true to what they learnt from Alan. Izzy agrees. “All music, I believe it’s about the intention. There’s always questions you ask yourself when you see a musician playing anything like do I believe them?” Izzy has always maintained that she wanted Written & Directed to make young women feel powerful, growing up she had idols such as Garbage, PJ Harvey and Blondie, but rock was still male dominated.

Written & Directed puts traditionally male narratives within the female gaze, flipping the perspective of the very genre she grew up with. This was not the intention, but came naturally throughout the writing process, says Izzy: “I was like, I’m going to start saying things from a really honest perspective and I’m not going to be scared about showing complexity of character. The message was super important to be like all the feelings are valid in this space.

“That’s why it goes from I Like The Way You Die to I Do It To Myself where it’s completely looking inward and deprecating and very vulnerable, it’s important to have both sides of the coin. At the end we realised we’ve written a cock rock album except it’s like for vaginas should we call it a vagina rock album?”

Written & Directed is Black Honey’s boldest musical offering to date and even on Zoom you get the sense of how immensely proud and passionate they are about what they have created. Throwing caution to the wind they decided to make an album full of intensity and killer hooks. “I have set such high standards for myself” Izzy says.  “I really enjoy it; I could listen to it on my own and be like ‘fuck yeah I’m going to kick some arses”.

Written & Directed is out 19 March.