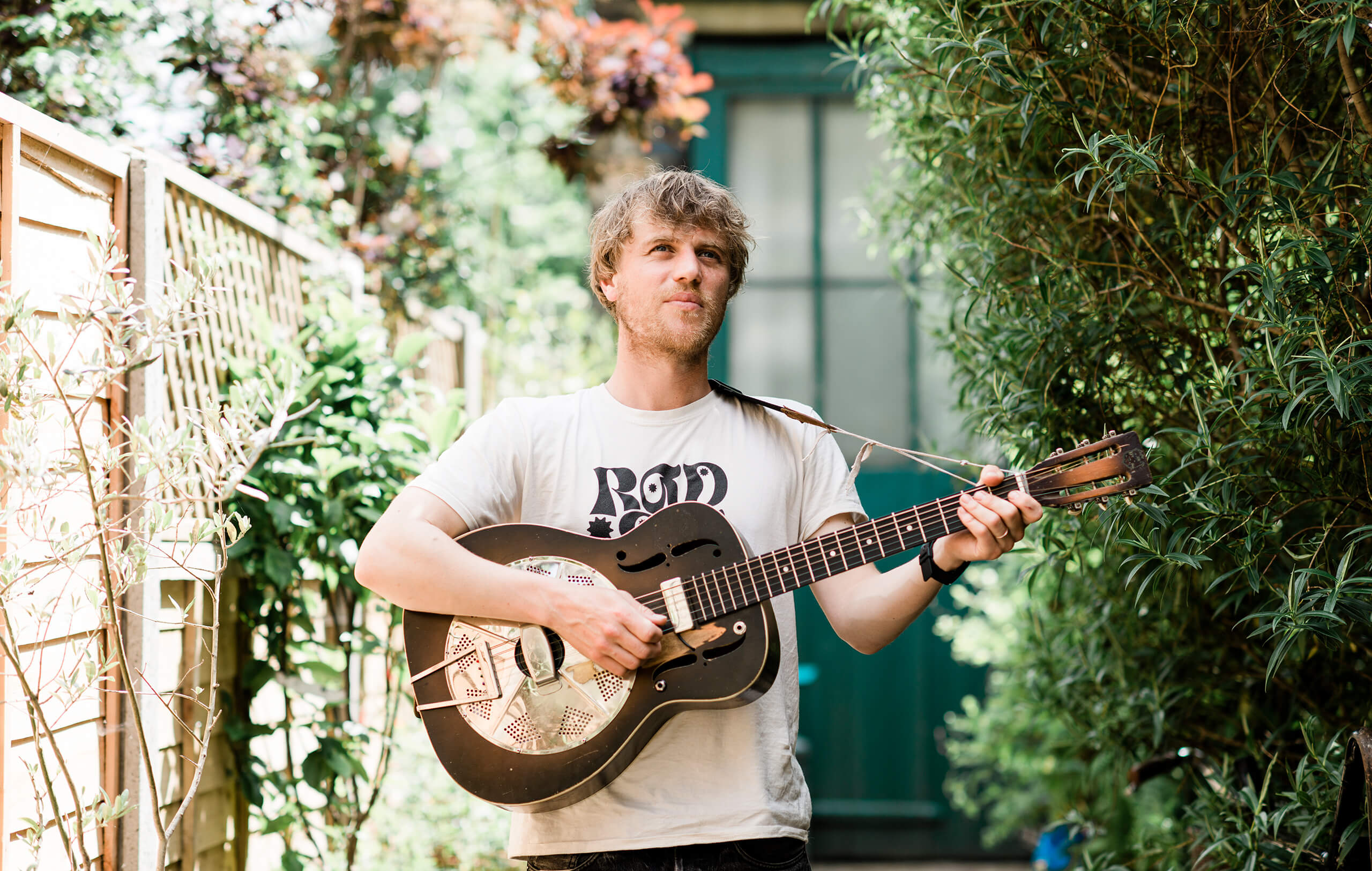 “Making the album was a way through the pandemic”: Johnny Flynn on new LP Lost In The Cedar Wood

The actor, singer and guitarist on making friends with an old Tokai, why he needs to get fit before he takes on his National resonator, setting guitars on fire, and channeling epic poetry on his new album with environmental writer Robert Macfarlane.

Johnny Flynn has plenty to say about destiny, or at least the idea that things sometimes find their way into the right set of hands at the right time. It might be the handwritten songbook he inherited from his mother as a child – where radio hits by Neil Diamond mingled with traditional folk songs – or the Tokai S-type that weaves its way throughout his new record after he stumbled across it in his brother-in-law’s attic. “The origin of it is unknown, lost,” he says. “I’m sure that fate will intervene and force my hand to leave it with somebody else at some point.”

The indie-folk songwriter turned star of stage and screen – you may have recently seen him as George Knightley opposite Anya Taylor-Joy as the titular Emma, or witnessed his turn as David Bowie in biopic Stardust – has stitched this thread throughout his new record Lost In The Cedar Wood. A bracing set of songs dredged from the depths of the pandemic and co-authored with the environmental writer Robert Macfarlane, Flynn’s fifth LP draws from a story that has echoed for thousands of years.

The Epic of Gilgamesh is the oldest long poem known to mankind. Discovered in the mid-1800s by scholars in what is now Iraq, the cuneiform text was traced back to a great library in Nineveh, a city in ancient Mesopotamia, and later confirmed by Londoner George Smith to house the earliest recorded version of the flood myth. In the tale of Gilgamesh and his companion Enkidu, Flynn and Macfarlane found fragments that rang out afresh in the word under COVID – friendship, grief, environmental destruction.

“It felt like the story that just kept giving,” Flynn says. “There were many, many layers that resonated in such beautiful, synchronistic ways to the feeling, the impulse, that we had. It felt serendipitous, but also shocking at times. We started talking about the album in the middle of March 2020, when the virus was spreading. It was a way through it, to hold each other and help each other and look after each other. There was a real feeling of getting onto the ark.”

The record took close to a year to compile, with the duo sending ideas and snippets back and forth by means both traditional and modern, with notebooks holding sway alongside WhatsApp exchanges and voice memos. They began to assemble songs that delved into the resonance of Gilgamesh but also, in moments such as the lilting Gods And Monsters, the circumstances around the poem’s discovery. That track was inspired by Smith’s death in Aleppo in 1876, while on the trail of more knowledge about the tablets, and what it means for a story to remain open-ended.

There are gaps in the source material that they have filled with melodies and short-form treatises on a work that has already had voluminous amounts of ink spilled over it. Flynn views songs, self-contained and expressive in a singular way, as a worthy vehicle for the challenge. “Songs are not books, or novels,” he says. “There’s a magic that is exclusive to them. A song isn’t an epic, but it can contain a whole universe.”

He adds: “If you’ve written a song well, economically, the listener can bring their whole life to it. That is where the depth comes from.” 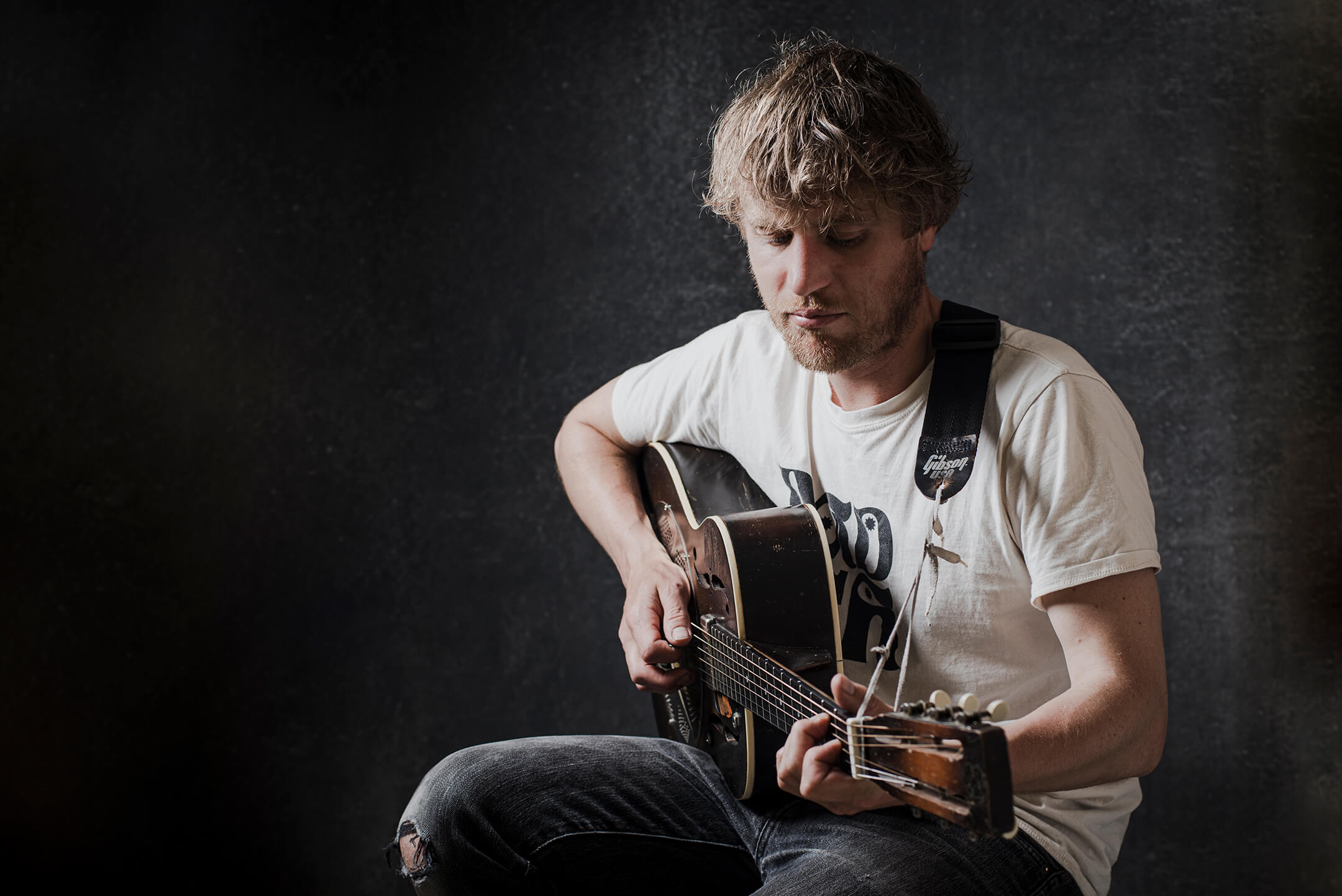 Lost in the Cedar Wood was recorded in a couple of bursts. The first was an exercise in capturing ambience as Flynn decamped to the Hampshire countryside to track eight songs at a solar-powered home studio alongside a small cast of collaborators including Cosmo and Merlin Sheldrake, and Flora Wallace. “One minute there was the sound of birdsong through the windows, and the next chainsaws starting up as we were singing about the destruction of the cedar wood in ancient Mesopotamia,” Flynn says. “We could hear the pine forest next door being felled by loggers.”

Efforts were made to allow found sounds such as these to refract across the songs, and once recording had shifted to the Old Workshop in London producer Charlie Andrew was keen to maintain this unvarnished spirit. “It’s good to create the right situation to make something,” Flynn observes. “Studios are often very sterile environments. I like records when you can hear the conditions they were made in, like The Basement Tapes or Music From Big Pink, where the story of them setting up the studio and living in this house is as much a part of the atmosphere as the sound.”

The Dylan link isn’t idle. Many years ago Flynn had his mind blown by a CD copy of The Freewheelin’ Bob Dylan that he bought at a school jumble sale, having recognised Blowin’ In The Wind as an entry in his mother’s songbook. “It’s so evocative, and atmospheric, and touching,” he says. His first guitar, a sunburst Squier Strat, was purchased on Denmark Street with his father. “I was obsessed with Jimi Hendrix so I set it on fire,” he remembers with a laugh. “It looked a bit clean. I’m quite proud of these burn marks I made when I was about 10, sitting there with a lighter. I didn’t have any lighter fluid.”

Flynn’s first LP alongside his band The Sussex Wit, 2008’s A Larum, emerged from a folk morass in London that he had a small hand in cultivating. After seeing the anti-folk movement up close in New York he and a group of like-minded musicians attempted to foster a similar vibe, coinciding with the rise of tourmates Mumford & Sons and old friend Laura Marling. If it wasn’t a scene, it was certainly a happening of sorts. Dig up an old photo from that era and you might see the same guitar slung about his shoulders as you would today: a 1934 National Trojan.

In 2006, maybe 2007, Flynn took another wander along Denmark Street, this time with an eye on picking something up to fill the hole left by a dobro borrowed from Emmy the Great, which he’d been forced to relinquish once it came time to tour. He found what he was looking for in the possession of luthier Celine Camerlynck. “I took the first bit of money I was paid by my label, I’d heard about this woman restoring guitars and went up to the workshop,” he says. “I think I paid about £1,300. I play it all the time. It’s so inelegant. It’s got a very thick neck, the truss rod is super thick.

“You have to have really strong hands. If you played other guitars all the time, you’d pick it up and fuck your hand up within seconds. You have to get specifically fit for this one guitar. Every record I make, I try not to use it. But every time I record a song I go, ‘I think the National would sound good on this.’ There’s no denying it. I got a humbucker fitted on it so you can put it through an amp and it’ll sound really warm, but you still have the pluck of the resonator system. It’s become a part of me.”

The National is perhaps the key voice on songs such as the loping Ten Degrees Of Strange, where Flynn’s playing mirrors the lyrics’ preoccupation with running to escape grief and depression, but another vital contributor to the conversation throughout Lost In The Cedar Wood is a Martin 00 that owes something to the theatre. It belongs to playwright and screenwriter Jez Butterworth, whose credits include co-writing the James Bond entry Spectre, plus Ford v Ferrari and the upcoming fifth Indiana Jones film.

“I did this play of his called Jerusalem,” Flynn says. “We finished and he was going to be alone with his kids in the West Country. My wife was away, I only had one kid at the time. He was like, ‘Bring Gabriel down to my place, I’ve got nothing to do, you’ve got nothing to do, we can kick around.’ We spent a week walking with our babies, and he’s got loads of guitars. This one was on the wall. I’d been so in love with those plucky Martins and Gibsons from the 60s, the kind you’d hear Dylan playing.

“I’d never seen one in the flesh. I love parlour guitars too, the shape of them, and this is a bit like that. I was playing it all night, on the night before I left. The next morning I came down and Jez had packed it up in a case by the front door. It wasn’t a gift more than a long loan. I keep trying to get it back to him, but for various reasons it keeps not making it there. I feel guilty. I genuinely am trying.”

The Martin, then, is another one of those guitars that found its way to Flynn at an opportune moment. He’s not one for empty gestures, either, so its inclusion at key points in his discography is because it brings something to his songs as though it’s playing a role. There’s no separating Flynn the actor and Flynn the musician, it seems. “I cast characters,” he admits. “Every instrument, for me, is an energetic character.”

Johnny Flynn and Robert Macfarlane’s Lost In The Cedar Wood is out now on Transgressive.