“It proved that we can keep branching out and still be us”: At The Gates unpick the complexity of new album, Nightmare Of Being

The melodic death metal masters discuss the raging riffs that built Slaughter Of The Soul, and how they’re subverting expectations with their dense new album. 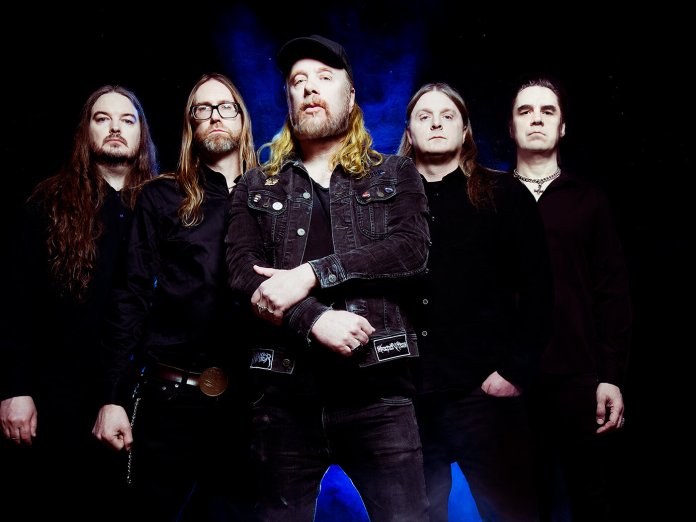 No one in 1995 had ever heard anything like Slaughter Of The Soul before. At the time, death metal was fast approaching ten years old, and languishing in a decrepit state. Progenitors like Morbid Angel and Obituary didn’t feel as dangerous as they had in the late 80s. The flicker that was “technical death metal” – wherein Cynic, Atheist and others imbued extreme music with sweep arpeggios and progressive time signatures – largely imploded because people just didn’t get it. Plus, Korn were formulating nu-metal: the heavy subgenre that would dominate pop culture for the remainder of the decade. Prospects were grim.

It was At The Gates who took death metal forward – ironically, by looking backward – on their fourth album. With Slaughter…, the Gothenburg hellraisers plotted to create their take on a “classic metal record”. They condensed the screams and relentless speed of death metal into simplified, rock ’n’ roll-like structures, building each song on only one or two riffs. Instead of making their guitar work more complex than the competition, they ensured it was catchier. They lifted the harmonic, hummable leads that had made icons of Iron Maiden 15 years prior, then tossed in the open-E-string thrash chugs of Metallica for good measure.

The result was the most hook-laden extreme metal of all time. So, unsurprisingly, Slaughter… became a hit. A big hit. It was so beloved that its imposing shadow instigated At The Gates’ dissolution just one year later.

“The album was so well-received that we toured ourselves to death,” remembers the band’s rhythm guitarist, Martin Larsson. “We were all twenty-ish; at that age, you feel like you’re immortal. But, I think Anders [Björler, lead guitarist] felt the pressure from all the heavy touring we were doing. Back then, he wrote 70 per cent of our songs, and being on the road so much just made him lose his drive and inspiration.”

Back with a bang

It took more than a decade for At The Gates to stop suffering from their own success. The quintet reunited in 2008 for what was initially going to be the last hurrah – one final tour to give the metal world a proper goodbye. “The reunion tour was designed for closure,” says Larsson. “It wasn’t meant to be something that would carry on – just a summer and that was gonna be it. When ’08 came to an end, it felt sad. A few years later, we got some really good offers to do more shows. Eventually, new music wanted to come out; that’s the way creative people work.”

At The Gates’ brand-new album, The Nightmare Of Being, is their third since returning from the abyss, and Slaughter… it most certainly is not. In stark opposition to what Larsson dubs their “cathartic and one-dimensional” breakthrough, it’s a complex, nuanced beast.

If Slaughter… was rooted in old-school metal, then Nightmare… extends from prog. Opener Spectre Of Extinction teaches early on that, with this outing, you’d best expect the unexpected. Acoustic flamenco notes make for a tender introduction, before the same melody is thunderously recreated on electric guitar. Alongside new lead player Jonas “Stålis” Stålhammar – who replaced Björler in 2016 – Larsson “mostly” uses his signature Solar Guitars A1.6ATG Baritone-27 model, with contributions also coming from its standard-length sibling. 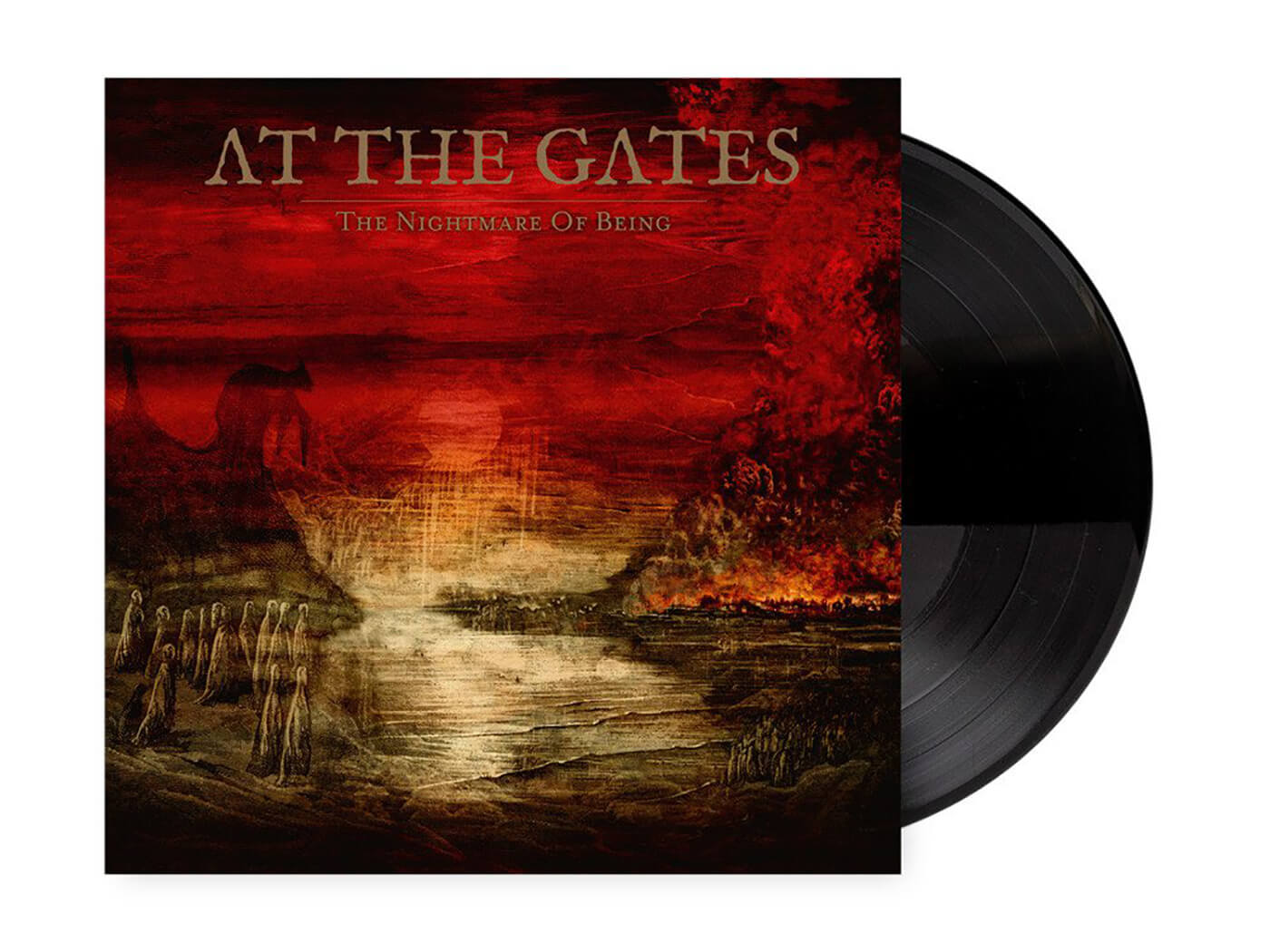 Seven-minute centrepiece Fall Into Time taps into dramatic classical textures; the first half is defined by frontman Tomas Lindberg seething not over guitars, drums and bass, but an orchestra and choir. Touched By The White Hands Of Death prefaces its unpredictable riff – which darts between chords and tremolo picking – with a dainty flute. There’s even a saxophone solo on The Garden Of Cyrus.

However, despite the eclectic flourishes, Larsson is quick to assure that guitars are far from an afterthought on the album. “On some songs, there are eight guitar tracks,” he reveals. “Some parts are hardly even audible; they’re just part of the weave.” Such monolithic layering is key to a bruiser like The Paradox, where acoustic lines quietly underpin the frantic metal.

Nightmare…’s intricacies are a welcome change for the rhythm player, who states that, for him, “progressive metal has always been there”.

“I grew up a metalhead, listening to Iron Maiden and other progressive metal bands,” he explains. “In the second half of the 80s, I discovered Voivod. Then, I started finding 70s prog, like King Crimson, around the same time that I became friends with At The Gates in ’91. I knew they were influenced by those same records I was discovering, as well as being metalheads.”

During the early 90s, Larsson played in fellow Swedish death metal troupe House Of Usher and was pen pals with At The Gates’ bassist, Jonas Björler. “He was a really funny letter-writer,” the guitarist laughs. “One letter was just what he did during the day, but it was mapped like a schedule: ‘11:00-12:00: Flicking the light switch on and off.’” 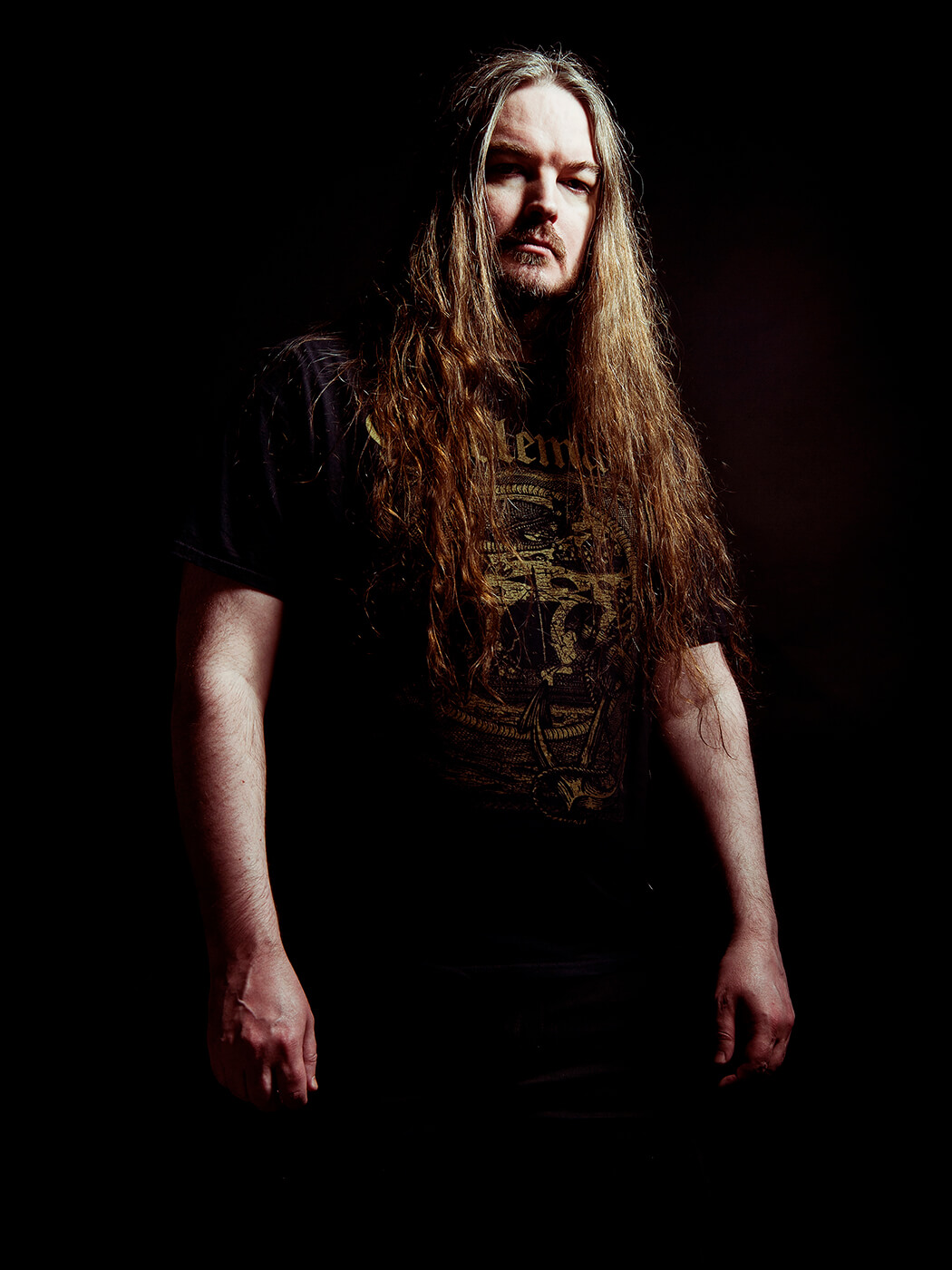 Larsson joined At The Gates following the departure of Alf Svensson, who left to focus full-time on becoming a tattoo artist. They had just recorded their second album, With Fear I Kiss The Burning Darkness: a death metal disc that was also progressive, akin to the then-nascent sounds of My Dying Bride and tech-death. However, unlike the organic Nightmare…, the approach was used because, within contemporary metal, “it was more important to be original than have good stuff.”

“Bands like My Dying Bride pushed the envelope,” elaborates Larsson, “but then people came in their wake and it was so badly done. That got us out of playing progressive music; we really wanted to make a classic metal record.”

As a result, the band were already charting the changes they’d implement on Slaughter Of The Soul. “House Of Usher used more of a thrash type of riffing, which is the way At The Gates turned after I joined. I think they got me into the band because they knew I could handle the direction they wanted to head into.”

With Larsson in place, the plan became clear; At The Gates would do a six-song EP in 1994 to introduce their new style, then return with a full-length the following year. The five quickly holed up in Studio Fredman to track Terminal Spirit Disease (although label tampering eventually turned the recording into an album in its own right). The release was a stepping stone to Slaughter’s stripped-back aggression, but it wasn’t until the subsequent tour that the venom truly seeped in. 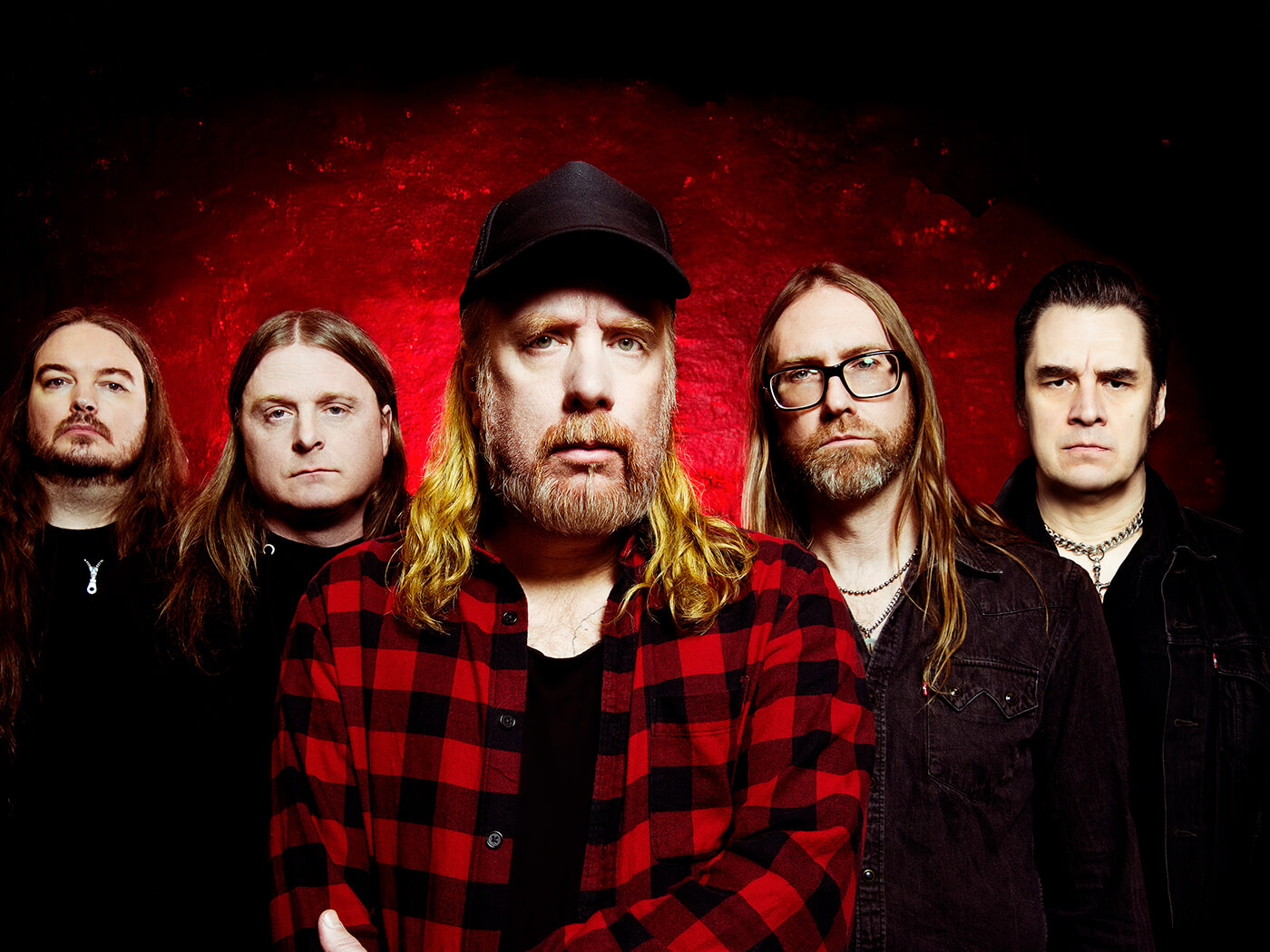 “We had our first headline tour of Europe in very early ’95,” Larsson remembers. “We did two shows in the UK and then we ran out of money; our tour manager was robbed of a big advance. We were stranded in a car park in Norwich for days, and then we went home. Some 30 shows were never played.”

At The Gates returned to Studio Fredman pissed off and penniless. It took their drummer, Adrian Erlandsson, more than 80 attempts to record lightning-fast juggernaut Blinded By Fear. Immediately after finishing, he gave one of his cymbals to producer Fredrik Nordström in exchange for a pizza. “It was such hard work,” says Larsson. “I think we had five or six weeks of tracking. This was in the before times, when you couldn’t cheat; you had to really play everything all the way through.”

Nonetheless, the ensuing mix of melody and inimitable rage transformed metal. In the wake of nu metal’s mid-2000s demise, the likes of Trivium, Shadows Fall and Killswitch Engage became stars, each echoing the virtuoso guitars and vintage thrash brutishness they first heard married on Slaughter. Thus, witnessing At The Gates diverge from their legendarily impactful simplicity on Nightmare’s demos left Larsson “pleasantly surprised”.

“I’m really heavily into the krautrock thing that the song Cosmic Pessimism has and was so surprised to hear Jonas [Björler] write that,” he says. “That’s just proof that you never know what’s around the corner at all. I’m sure that’s part of the reason why we all stick together.”

Another part is the unyielding chemistry; it’s thankfully continued even with the presence of newcomer Stålhammar, who’s now on his second album with the band. “He’s got a really good sense of melody, and that’s a great thing in At The Gates. We’ve never been about shredding. If you listen to Anders’ playing, he was able to do so much more than he actually did, which I appreciate. He always looked at what’s good for the song, instead of showing off. That’s also how Stålis is.”

At The Gates are three decades deep into their career, and Nightmare… has proved to them that they still have no idea what their next song will sound like. Pondering the possibilities opened, Larsson is audibly enthused.

“This new album is a door-opener,” he smiles. “It proved to us that we can keep branching out and still be At The Gates, so I’m excited to keep evolving as a band. That could mean an even more dense, layered album; that could mean another Slaughter; that could mean something completely different. I can’t wait to see what’s around the corner.”

At The Gates’ The Nightmare Of Being is out now through Century Media.