Written and recorded in isolation across two continents, the album utilises ‘borrowed’ guitars, multi-layered violins and some Japanese guitar curios.

Maxïmo Park originally intended to record their seventh long player under the tutelage of Grammy Award-winning Ben Allen – who’s worked with Deerhunter and Gnarls Barkley, amongst others – at Atlanta’s Maze Studios. But the Newcastle rockers’ plans were quickly curtailed by the ongoing pandemic, and the band ended up bouncing ideas off each other and Allen in a digital capacity instead. Not ones for resting on their laurels, they soon realised an opportunity to work around the clock on Nature Always Wins, considering their less restrictive timetables as breeding ground for creativity. “I could work at 11 o’clock at night, into the early hours, or I could wake up and get to work early in the morning if the ideas were there,” lead songwriter and guitar player Duncan Lloyd reveals. Here, he picks his standout guitar moments from the LP.

“It’s funny with this one; the riff, beat and chorus vocal melody came to me pretty much at the same time. I had to be quick recording the demo as it felt like the idea could go as easily as it arrived. There’s a simplicity to it and that was something I was interested in returning to with songs for this album. Rather than playing the straight major and minor chords I added in a moving riff, playing through what I think is a 9th (I’m not musically trained) and passing notes that run down to F. It works around the snare hits that sound a bit backwards, which I liked. There’s a little guitar shop in Newcastle called Curvy Sounds, and they helped bring back to life my first electric guitar which is a 90s Japanese Squier. I wrote and recorded the main riff to the song on it, in combination with a Matsumoku-built 80s Westone Rainbow II.”

“This was the last piece of music I wrote for the album. We have a song called The Undercurrents and it reminds me a little of that. It’s a style of writing I like to go to every now and then which is probably best described as a moody and melancholic but can build into something epic and almost widescreen. I like the repeated lyric on the chorus that Paul sings, and I worked closely with our producer Ben Allen on building the rhythms between guitar, bass & drums. The riffs are a combination of guitar and Fender Bass IV lines leading to big rhythmical guitar stabs thrown into the chorus, adding a momentum underpinned with a melodic bass pattern. As we were in lockdown, I recorded most of the guitar and bass parts at home, recorded using a DI and plugins or pedals for a vibe. I’d send the parts to Ben in Atlanta and he would re-amp them.” 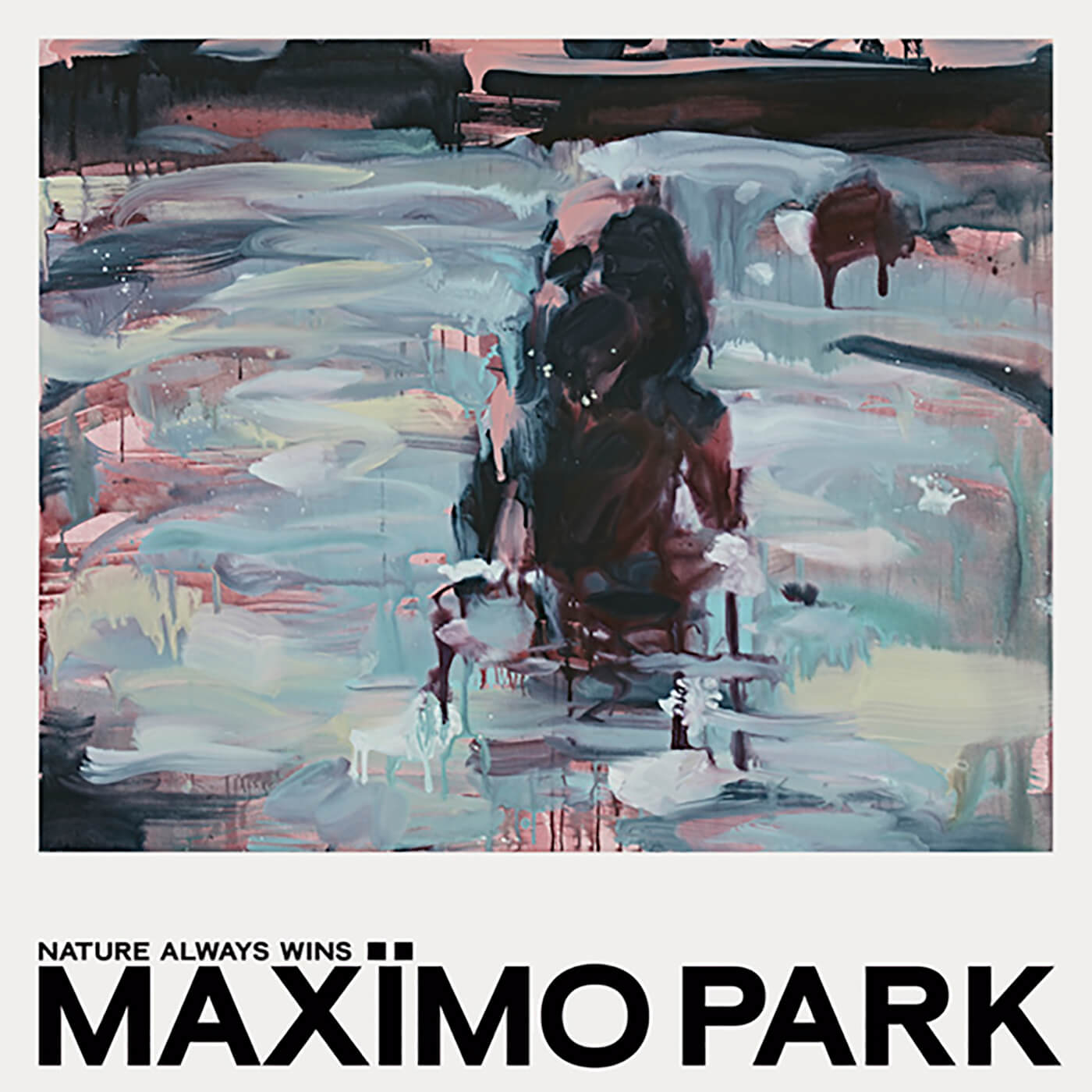 “When I first put the music together for this song it was all done on keyboards, mainly a small Yamaha keyboard and a Moog. My intention was to have no guitars, for a different mood. About two thirds of the way through I realised it needed something else sonically, and I could hear a David Lynch-inspired thing as I’d recently re-watched both Twin Peaks Blue Velvet. I played a guitar line in, keeping it sparse and echoey, using an RE-201 tape delay and a little tremolo. I also added some extra tape delay and a spring reverb for that Lynch filmic feel; it’s played on a Lee Ranaldo signature Jazzmaster.” 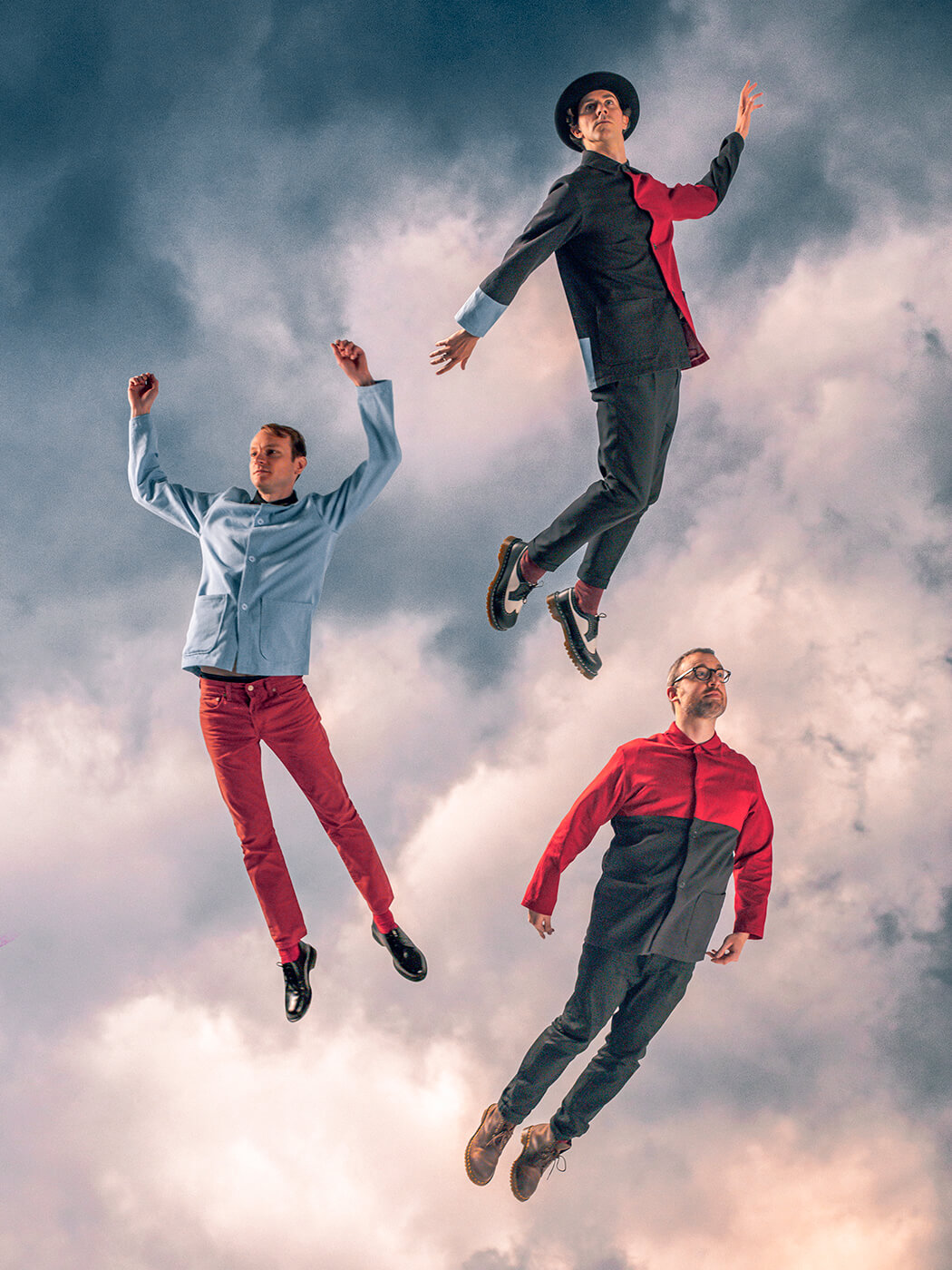 Why Must A Building Burn?

“The whole verse riff most likely comes from some of the music I grew up listening to in the early 90s when I first started learning to play, bands like The Vaselines, Breeders, Slowdive. There was a lot of melodic, heavier guitar music at that time that I was drawn to and it feels like I was subconsciously tapping into that. Recognising some influence from there I moved away from doing a big wash of guitars and instead based the track around the acoustic guitar. Rhythmic and droned was the idea. I mixed in cleaner electric top lines using a Mexican Jazzmaster with a Lollar humbucker bridge pickup, nicked from a guitar I borrowed from Jeff Tweedy of Wilco on our last album. It’s interesting to reference an earlier time in my life without getting too nostalgic. It may sound weird but certain chords mixed together remind me of my hometown of Derby, so I play them out.”

Partly Of My Making

“This song opens the album, and it is a bit different, probably because of the speed. It’s a slow burner. The demo was a lot faster, it had a bratty punk feel initially, but Ben Allen and our drummer Tom decided to go for a half speed feel, so it almost has a nod to Houses Of The Holy-era Led Zep. I layered up an alternative riff that ties in with the main riff with a ZVEX Lo-Fi Junkie pedal, played on a ‘64 Gibson SG with a single P-90. I wanted the second line to feel warped and odd like an old market stall record player. Additionally, Annie Leith, the album’s engineer, doubled it with her violin parts. I loved that the riffs grew to be a real collaboration with Ben, Annie and the band and the combination of ideas felt like a positive blast of fresh air in an altogether strange year.”

Nature Always Wins is out February 26 on Prolifica Inc.