Meet Oceanator: the guitarist creating prescient music for our times

Elise Okusami, aka Oceanator, on why her debut album feels very 2021, even if it was recorded long before these current dark times…

Elise Okusami’s music is kind of overwhelming. Her debut LP as Oceanator, Things I Never Said, is a surge of melody and emotion that requires you to feel each twist and turn. Fusing thunderous distortion with high wire hooks, the Brooklyn-based guitarist and vocalist has created a grunge-pop album that feels distressingly prescient even though it was written and recorded a few years ago.

“Now we settle down and watch from afar as our world comes to an end,” Okusami sings on Hide Away, but there’s another chapter to be told. “I spent the day outside, read a book then lay back and let the sun warm my eyes,” runs the record’s lilting closer over solitary power chords. “I put Sunshine last for that reason,” Okusami says. “All this stuff is terrible, but we’re trying to be hopeful, to do what we can to enjoy life, and maybe make things better.”

On the record you regularly use huge, apocalyptic imagery to discuss anxiety and depression. Is that about finding some narrative distance?

“The writing helps me process thoughts and feelings. Bringing in a much bigger picture with the whole world helps me to get to the full truth of the way something smaller might feel. It helps me to paint that picture for myself, getting the feeling out and trying to explain it. It might be something small but it feels huge in your mind.”

These songs have been around for a while – how do you feel about them with a little bit of water between writing and recording them?

“I still like them, which is good. A lot of people do this, but you’ll write something and you’ll love it and then get tired of it—maybe it’s actually terrible and you don’t know how to write songs? But then you come back around. I hope to say this every time I write a record, but I think it’s my best record yet, and I’m stoked about it. It’s weird how a lot of people have pointed out that the lyrics feel like they’re written about right now.” 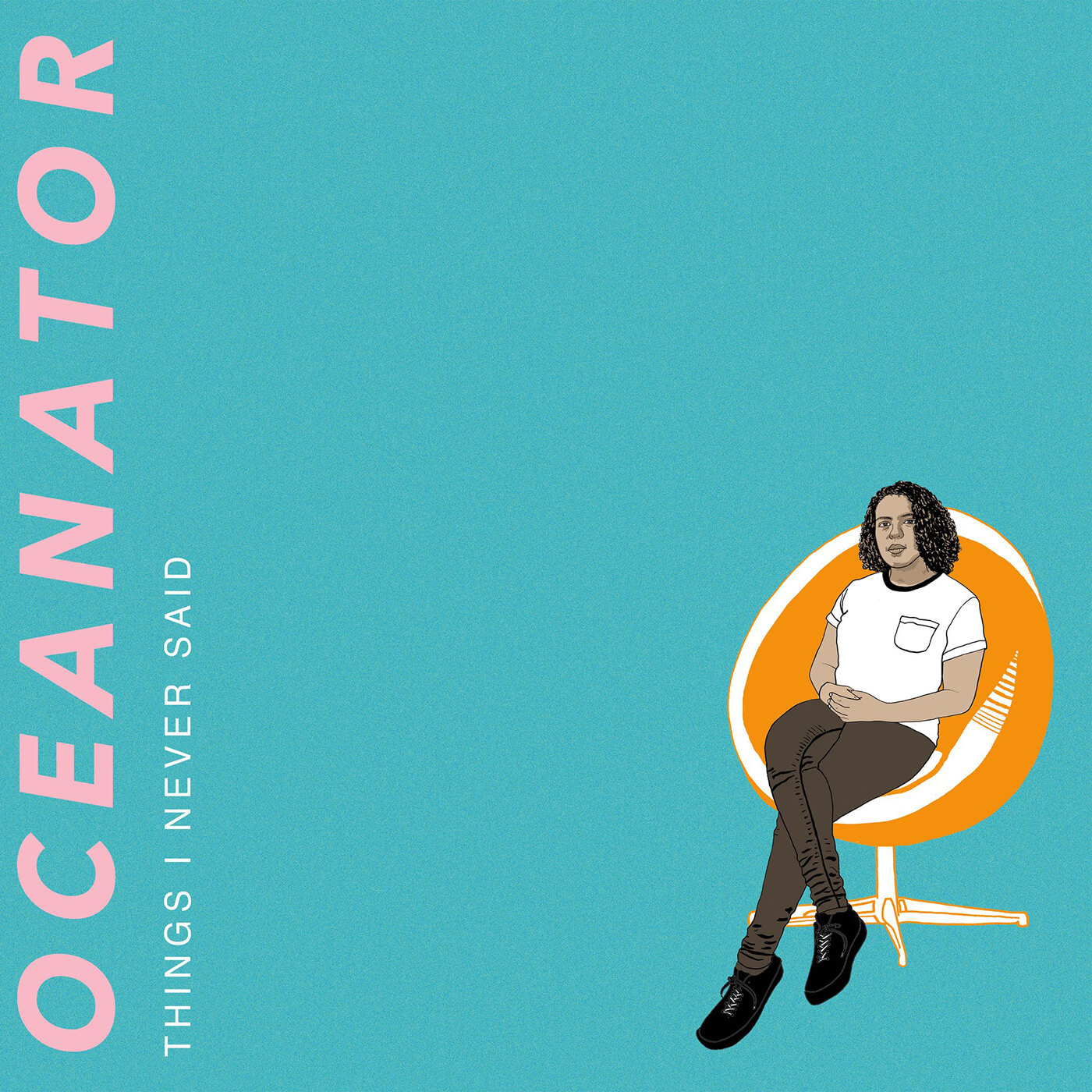 The album was recorded at Wonderpark in Brooklyn with Eva Lawitts and Chris Krasnow, and in your hometown of Rockville, Maryland, with your brother, Mike. What was your approach?

“We did five songs in Brooklyn with the live band. I wanted the energy to come through without a metronome. Specifically for Heartbeat, we did a tiny amount of tempo switching just to throw it a little bit off. It’s a nice, cute song but it’s also about anxiety and not knowing what’s happening. Mostly I was trying to capture the energy of how it felt to play together. For most of them we did a couple takes, and Walk With You is actually the first take. We started to do a second and were like, ‘No, this song’s done.’ We spent a day doing it, with a day of rehearsal.

What was your setup?

“For those songs I used my Reverend Jetstream 390, and a Jazzmaster on one song. I have this Fender Blues Deluxe, but we took that speaker out and put in one from a Super-Sonic, cooled it down a little bit. For a bunch of the record, the distortion is just the built-in distortion on that amp. It just sounded really good. For some stuff I used a Memory Boy, and we used the Interstellar Overdriver Deluxe from Death By Audio for some more distortion. That might be all, actually. Pretty straightforward, grungy, heavy guitar sounds.” 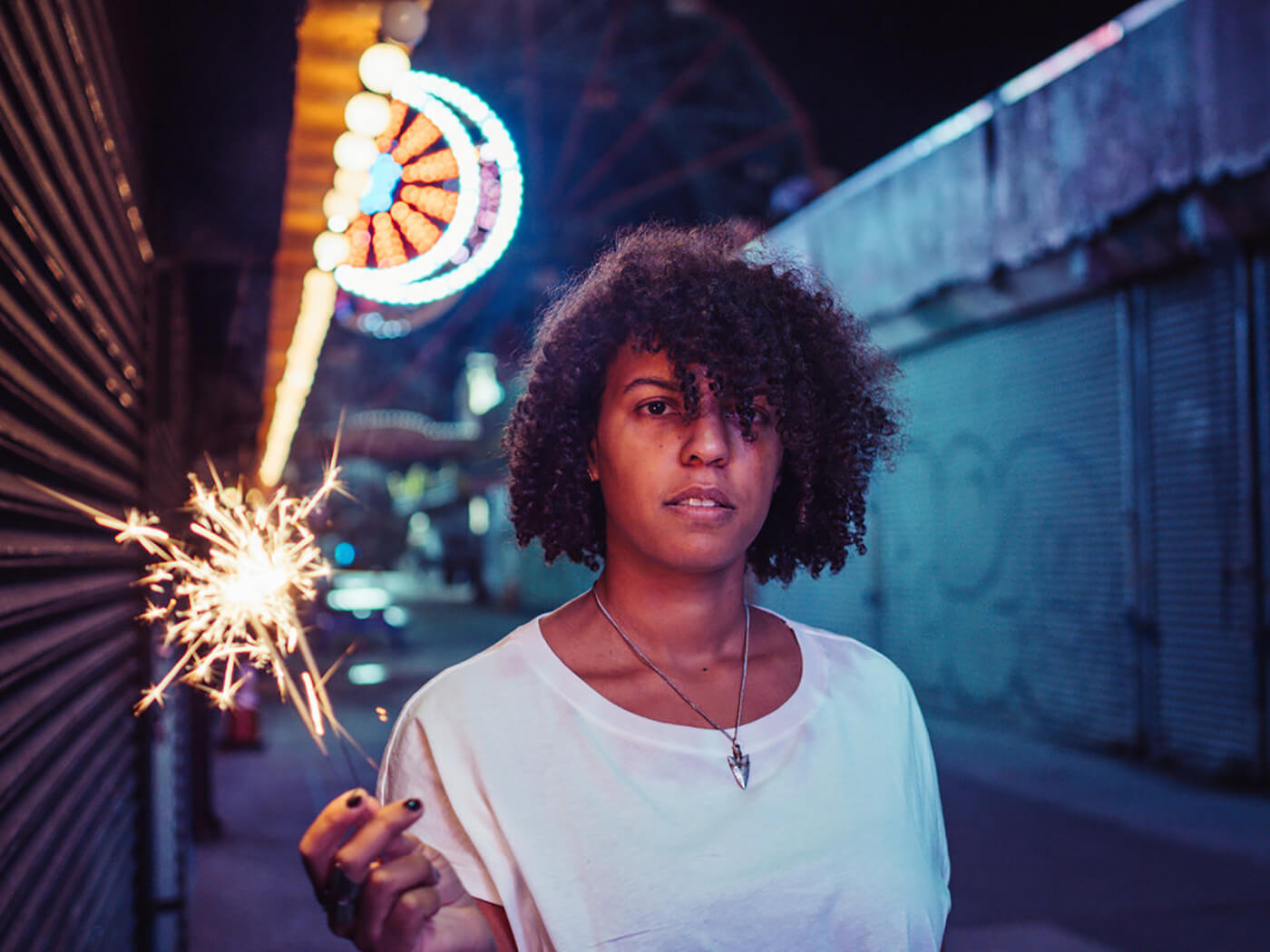 “My first guitar was a Yamaha Pacifica. I hated how it looked so I covered it in stickers so I could be like Billie Joe Armstrong. He was up there. I started playing when I was nine, and it was all Green Day and a little Blink-182. I was on the Green Day side of that divide. Tim Armstrong and Lars Frederiksen from Rancid were up there too, and I learned fingerpicking by listening to Elliott Smith.”

You came up in the DC punk scene. How formative was that?

“The first shows I played were in high school with this thrash-punk band I was filling in for. I played drums and guitar and bass for them at various points. We played in basements and houses, and venues that would pop up and be gone a year later. I met a lot of the people that I’m still friends with and talk music with then. There was a very robust scene of people my age putting on shows, playing in bands and learning how to do this thing. I feel like I got a pretty good foundation in community and also trying to have your shows be positive experiences, with people tabling for various organisations.”

Oceanator’s Things I Never Said is out now on Big Scary Monsters.