Of Mice & Men’s Phil Manansala on recording over Twitch and not faking the funk on new album, Echo

Recording entirely in isolation, the band took to the streaming platform to emulate a personal approach, resulting in atmospheric metal whilst engaging their fans in the process.

“We didn’t see each other for over a year and were still able to create an album as if all of us were still in a room,” Phil Manansala, guitar player for the seasoned metalcore band Of Mice & Men, conveniently says over a Zoom call.

On their seventh LP, which is comprised of three EPs that were released throughout 2021, the band had to contend with the difficulties of the ongoing Covid-19 pandemic, resulting in a record that was recorded entirely in isolation. “I think all of us went through our own feelings and got a lot of our influences from how the world was making us feel,” he admits. “As a band we always get together and write but with covid happening we were left to write an album over zoom meetings and phone calls.”

Alongside the trials of composing and recording in isolation, the band also chose to forego a producer for Echo, their first release on SharpTone Records. The result is an album that’s poignant and personal, covering personal loss and recovery. In 2020, Manansala broke both of his hands, resulting in reconstructive surgery and physical therapy to ensure he could continue to play guitar. “With all that, we wrote an album, and I couldn’t be happier. A true testament to us as a band,” he enthuses. Struggling with the adaptation to a new way of working, OM&M chose to live stream their meetings and Zoom recording sessions via Twitch, offering their dedicated fans an olive branch. “Our core fanbase were able to watch the record take shape and evolve with their own eyes.”

A regular user of Aristides guitars, Manansala put his faith in other equipment to ensure the record was as natural as possible; the band collectively used Dropbox to share plugins and templates. Elsewhere they re-amped numerous parts, using STL Tones’ ToneHub plugin, “the amp profiles used are a Peavey 5150 on one side, a Bogner Uberschall on the other, and Mesa 4×12 cabs on both.” Below, Manansala dissects his favourite guitar parts on Echo. 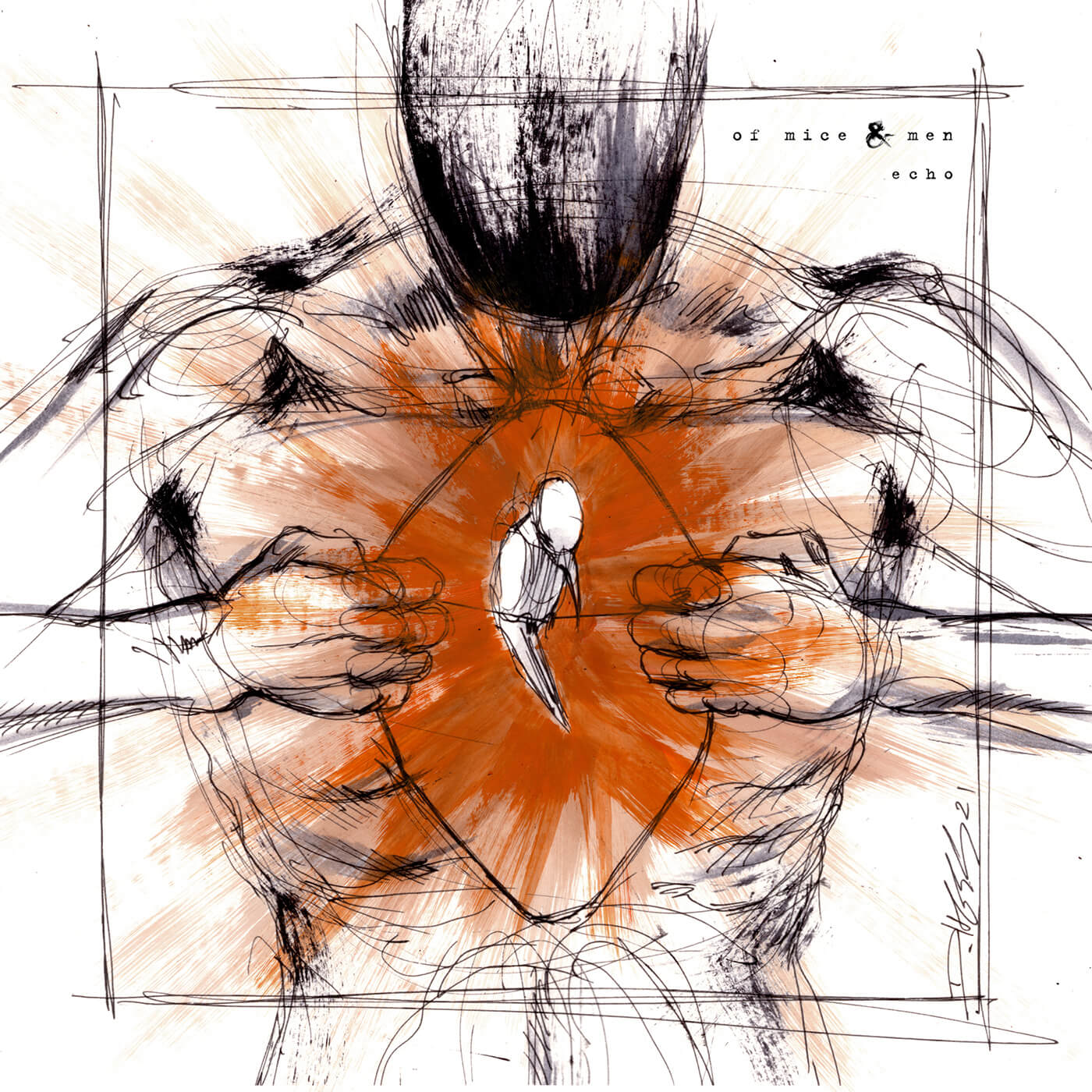 “It’s the first song I recorded in Drop G; I was just inspired to do something different. Writing all these songs separately from the band, because we were doing it all via Zoom, personally it was very interesting. Bringing the song to the band was really straightforward and heavy. Because everybody recorded at home, everybody used Logic. So, we could easily send over every single project file for each other. It made it so easy for us, not being able to get together as the band used to. We have a Dropbox that was designed for just putting every single idea that we had into, so and all of us use it and all of us have our individual plugins that we use. I actually used the Stef Carpenter seven-string, his signature ESP baritone. It’s a really great guitar and when I was with ESP, they gifted that to me. Now I play it on my orange Aristides, but it was recorded on that ESP with EMG 8185s I believe, or whatever the seven-string version is. All my pickups are the same across the board, so every guitar I choose from has the same tone, sound and feel.”

“I feel like this song, with the drum intro into a breakdown after it fills in with the band, you know, we’ve done that a lot in our career. It has that with the riffing style and just how the song is structured, we’ve done a lot of that since Restoring Force, really dissecting the song like a pop song, or like a mainstream radio song, and putting in our parts to fill those parts in. Trying to trick the listener to think, ‘Oh, that’s the pre-chorus.’ The bridge is actually a little different because typically people would think we’d do a breakdown bridge, especially in a song like that because that sounds very energetic, but it’s totally slowed down, I think there’s a sax on it! We typically don’t let a song like that breathe, we usually put the pedal to the metal on all those songs, because that’s what people typically get from us. To do a left-field turn, that was crazy for us. I feel like that was a really written song from us and it did a lot better than we expected, I think it was in the Top 10 charts for like 34 weeks. Pretty incredible.”

“I think we did this one on Twitch. We were going through different MIDI tones on Native Instruments, and then thought ‘Let’s write guitar around that.’ To me that synth key, that sounds like Post Malone, Bieber, or something on that pop scale. There’s not a lot of guitar playing here, but the guitar playing in the song really embellishes that emotional landscape that we’re trying to put across. It embellishes the parts and just lets the song be its own entity. Being a band for 10 years, it’s cool to start developing a more producer-like side of things, because then we’re just consistently adding things on our songs. This is what I tell the guys all the time, all of us have listened to producers that we’ve worked with at certain times, so each of us brings things that we’ve learned to the studio at different times. You have to have different things come across to balance everything out for everybody in the band, and our listeners as well, because we are the ones that have to go up on stage and play this music. I have to be happy playing it as well. Being in a band for that this long, there must be something that makes me want to play this stuff. As real as that sounds, I can’t fake the funk. This is what I love to do, and I have to really embrace that.” 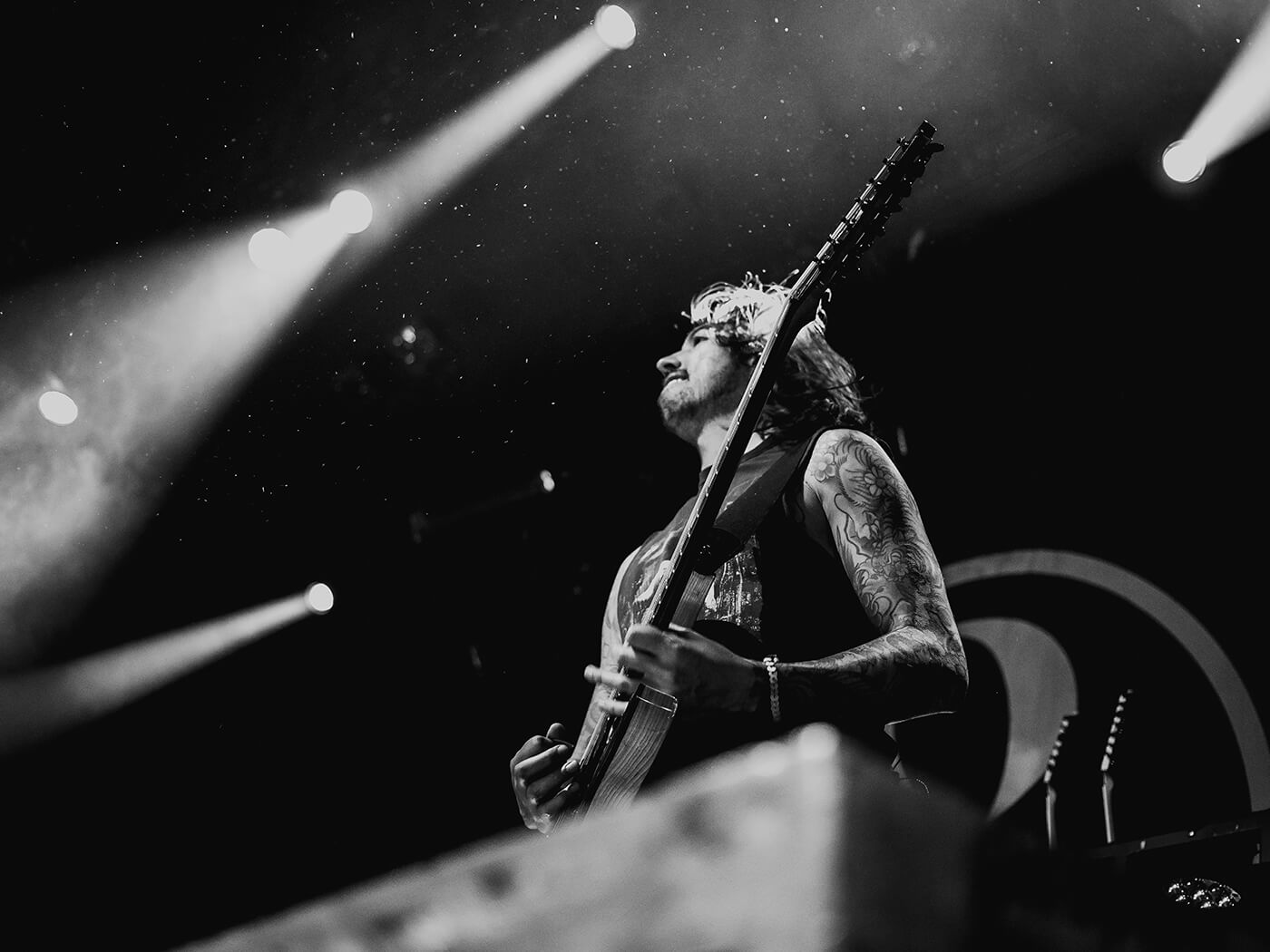 “There’s no rules to this song. It’s just a straight smasher front to back. There are parts that have kick patterns that have the same feel of a previous section, so it’s kinda relative, and there are some riffs that are copied from a pre chorus before the chorus. This song is definitely a left-field, Slipknot-esque, psychopath song. It’s just a very heavy song, with a key change at the end as well, there’s a lot going on. That’s why I said it has no rules. Like I said for Obsolete or Fighting Gravity, we tried to our Of Mice style on them. On this the parts have similar kick patterns, similar riffs and then it goes chaotic. It’s a lot of fun, because when you chase something that we haven’t been able to chase in a long time, producers tell us no, saying you have to do this, you have to follow the guidelines. This one is just like, ‘Whatever, we’re doing this. Who gives a fuck?’” 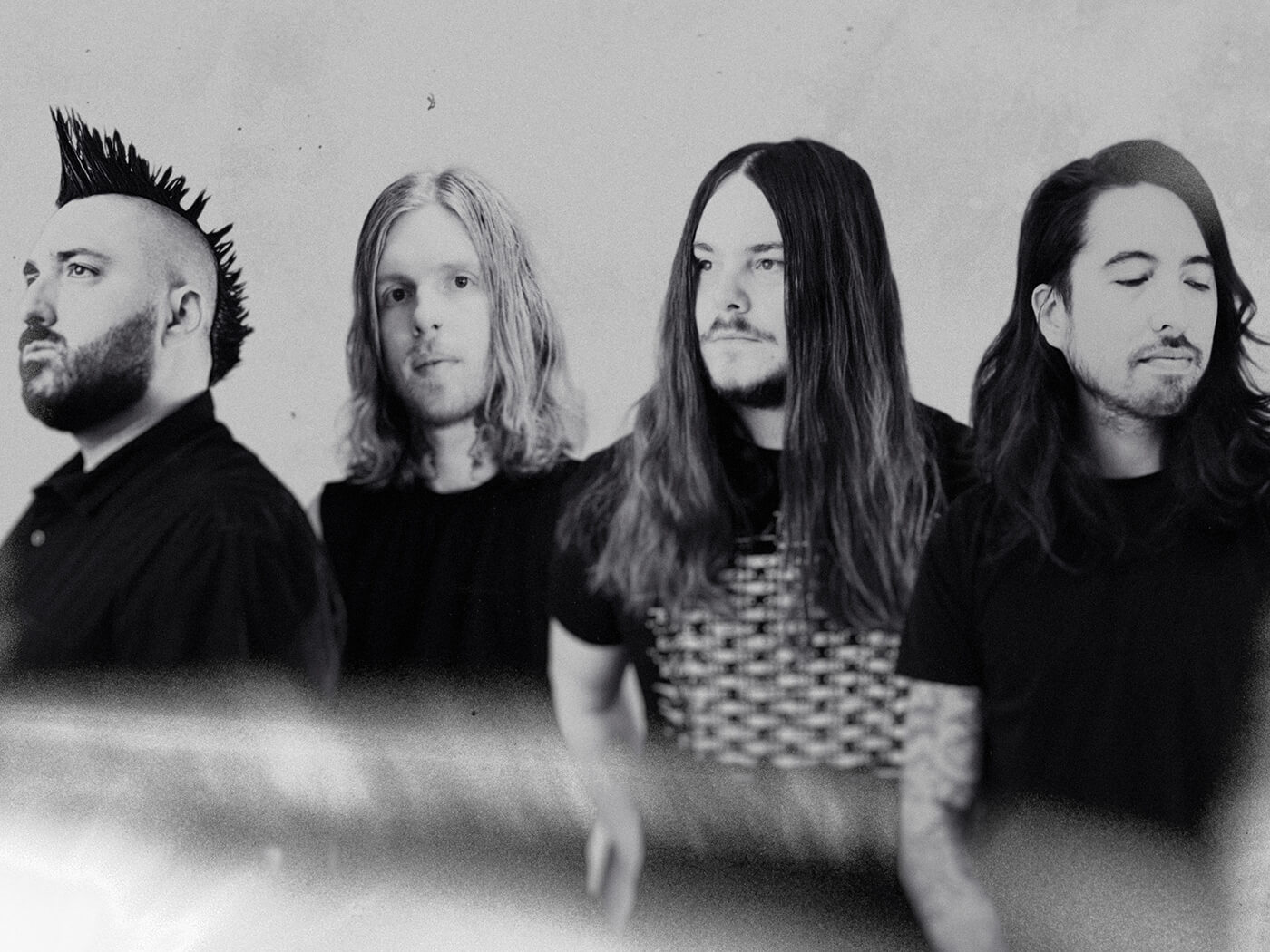 “With our new style of writing we’ve developed our own format of how we do things, but with this we just wanted to do a lot of things that we did in the past but do it in our style that makes it more tasteful. This song has like the dissonant chords to like Code Orange – everyone gives them the props – but me being like a post hardcore kid, listening to like 18 Visions, The Bled, Norma Jean, The Chariot, those are the bands I get that inspiration from for those sorts of things, and it’s really cool that it’s coming back. I think it’s super exciting to add that back into the Of Mice stuff, because we did it on the first album. To bring back that old school breakdown, with that siren on it, which is from The Purge, it just gives you a super heavy feel.”

Of Mice & Men’s new album, Echo, is out now on SharpTone Records.