The US slide guitar master opens up about his favourite gear, his frustration with gear companies, and his memories of being discovered by Eric Clapton.

The pedal-steel guitar is the sound of Nashville, the sound of a thousand country albums – reverb-drenched licks and super-clean tones. However, in gospel churches around America, the pedal-steel and lap-steel are played differently. Within the Pentecostal church community, these slide guitars are used in worship bands who lead the congregation in high-energy songs of praise.

This guitar style is called ‘sacred steel’ and it is, essentially, the sound of Robert Randolph & The Family Band, appropriately named because it also features Robert’s sister and cousin in the line-up. Robert grew up attending church and learning to play steel guitar. When the band started to venture out of the church and into the secular music scene, they were greeted with mixed opinions.

“Some people didn’t like it,” the 42-year-old New Jersey native explains. “Actually, a lot of people didn’t like it in those days! But I was younger, so I didn’t really care, anyway. We would just play everything that we played in church. That’s all we knew at the time. I didn’t know much music because that’s all we did. I just said: ‘To hell with it, I’m going out there.’ The guys before me from the sacred-steel scene could never leave the church; in those days, they weren’t allowed to.” 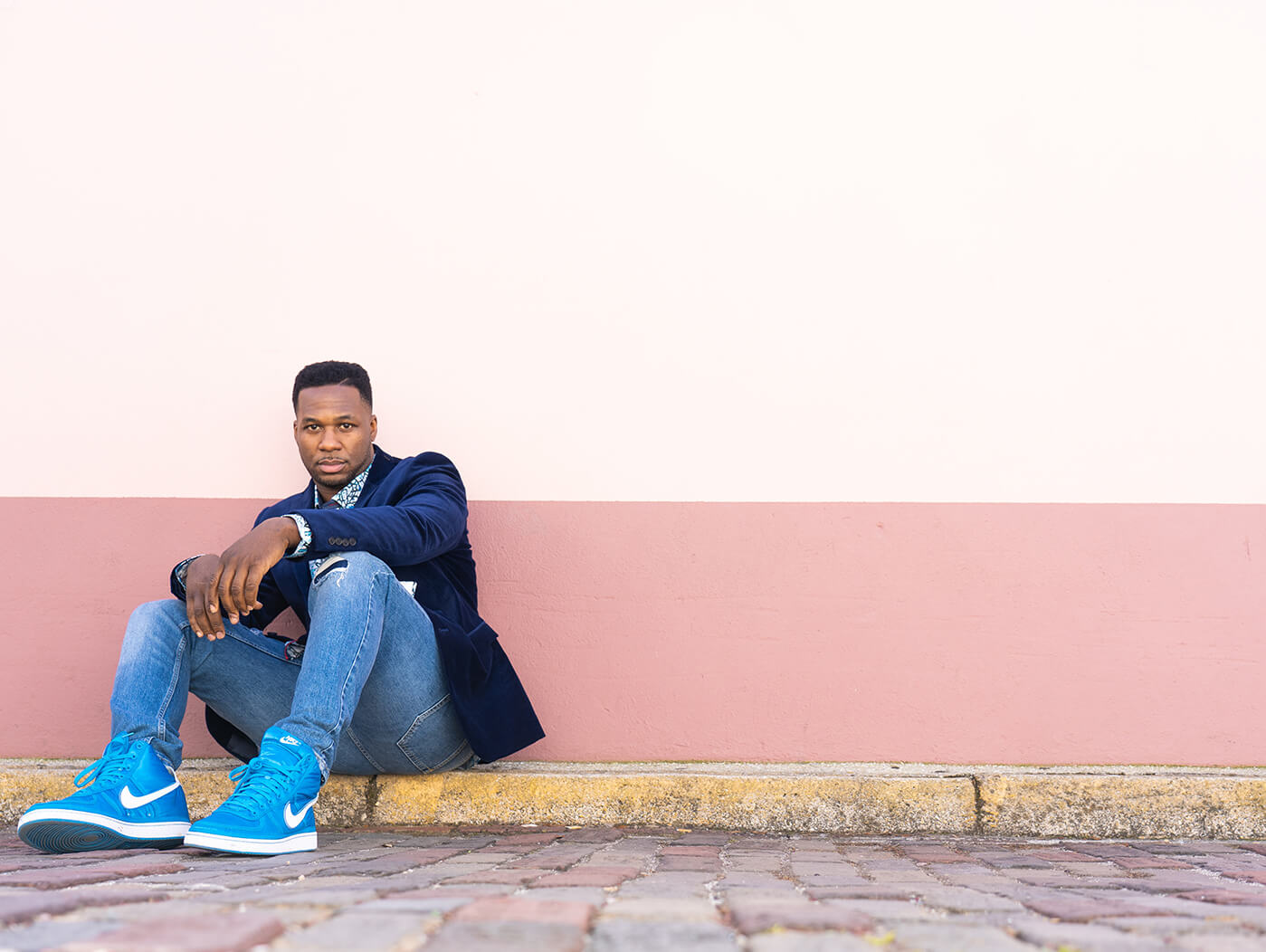 Fast-forward 17 years and The Family Band are three-time Grammy nominees. Robert has been listed in Rolling Stone’s 100 Greatest Guitarists Of All Time. He’s toured with Eric Clapton and recorded for the likes of Buddy Guy and Santana. His last album, 2017’s Got Soul, reached No. 2 in the Billboard Blues Album chart.

On 23 August, his latest opus, Brighter Days, will be released. It was recorded with multiple Grammy-winning producer Dave Cobb, but working with the hottest name in Nashville hasn’t changed too much about the band’s trademark high-energy performances of gospel, blues and worship songs. And that’s perhaps with good reason…

“Dave grew up in a Pentecostal church like me,” Robert tells us. “We had some discussions about rock ’n’ roll, blues, old-school soul and gospel and how it really all mixes together. It’s timeless music. Dave is great, he gets all these great sounds in his studio. He’s got all these old amplifiers and mics and we all just got in the room and played.”

As befits a guitarist of his skills, Randolph played both lap- and pedal-style slide on the album… though his gear isn’t always quite cut out for his incendiary style.

“On Cut Em Loose, Strange Train and Baptise Me I played lap-steel guitar,” he explains. “I use Asher lap-steels and also my signature Peavey PowerSlide, tuned to D or E major. For pedal-steel, I use Jackson guitars, a seven-string stand-up pedal-steel that we invented, as well as the normal pedal-steels.

“The pickups are so hot. Three times as hot as a regular guitar – because they expect you to play loud and very, very clean like the country and western sound. I’ve blown up so many amps on stage. It took me years to realise the pickups were so hot!”

With such hot instruments going into the front, it required the right kind of backline and pedals to keep things moving. 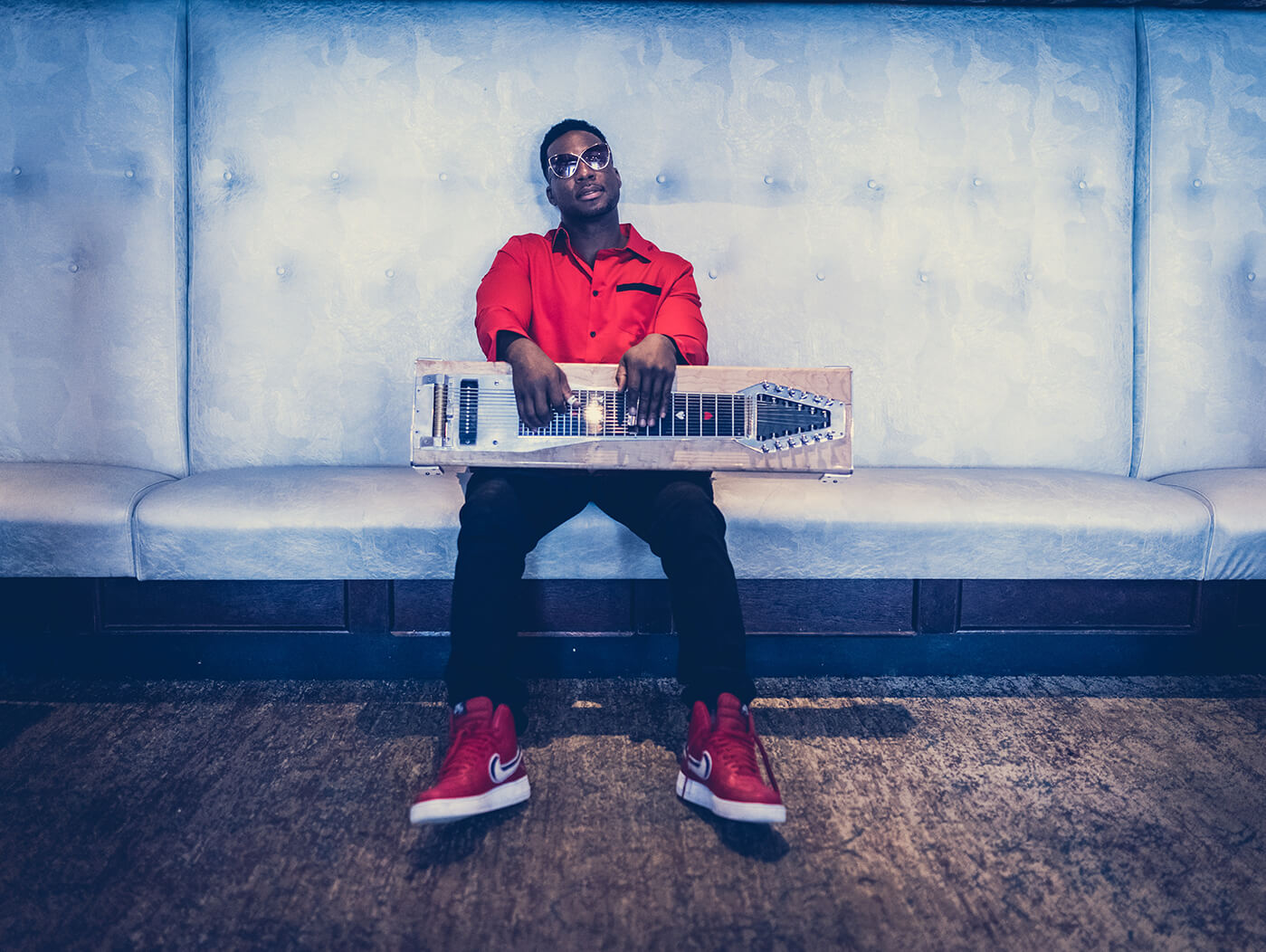 “I used a Mesa/Boogie Lone Star, and Jeff Beck’s old Fender Bassman rig – which is a Tweed Twin and a Tweed Bassman,” he reveals. “On Strange Train, I played through an old National amp that used to come with the National lap-steels.

“I used a bunch of pedals – I used the L.A. Lady overdrive pedal by Source Audio a lot and also the Ultraphonix overdrive by Vertex, which is a bit creamier and not as harsh.” 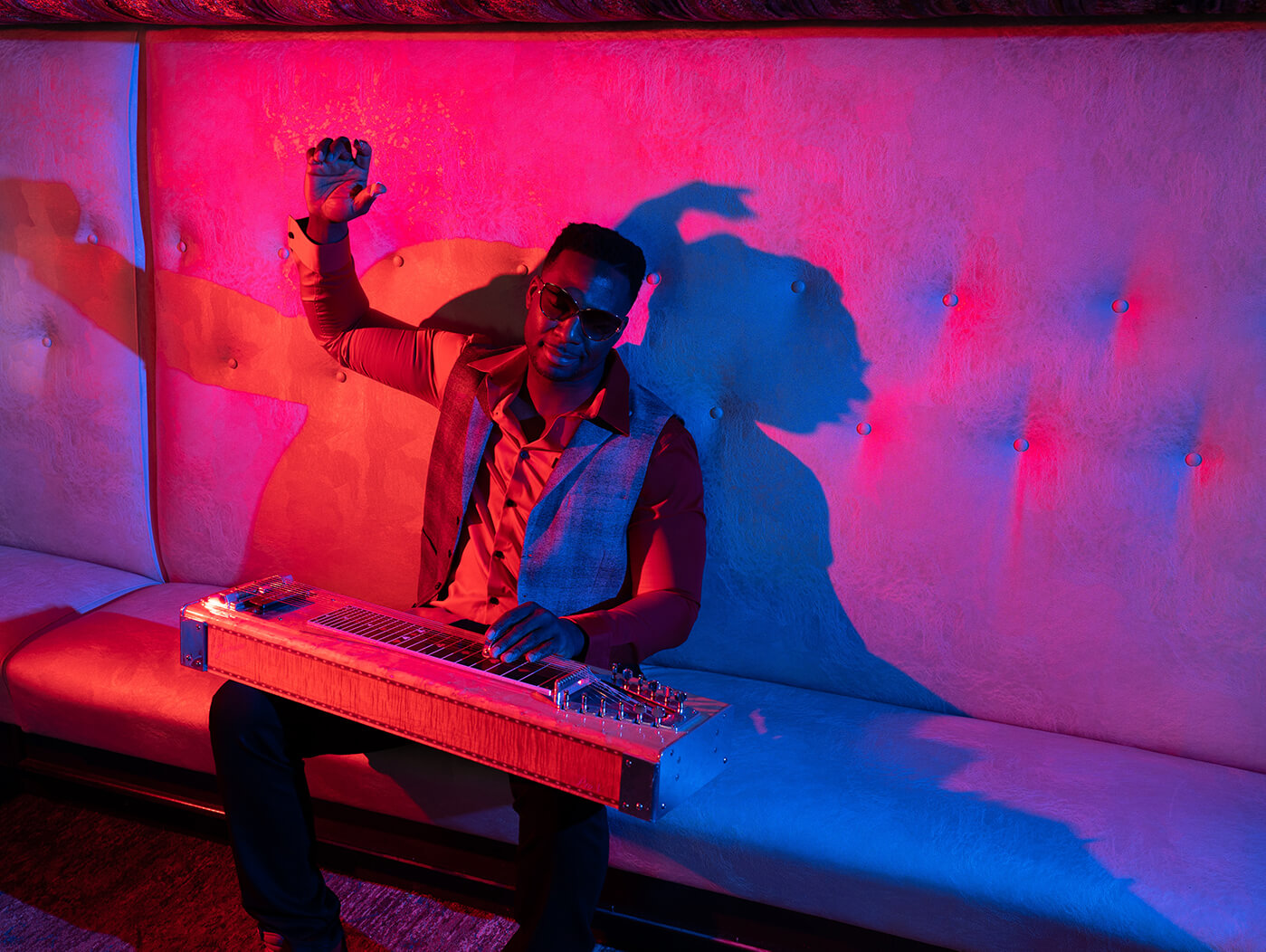 It’s almost impossible to listen to Robert’s wonderfully expressive pedal-steel playing and not want to give it a go yourself, but the reality is that even for student models, the pedal-steel is a huge investment. It’s something that clearly vexes Randolph…

“For years, I’ve been saying to the steel companies; ‘Hey what’s wrong with you guys?!” he exclaims. “Why are you selling these things for 5,000 bucks? Who has that kind of money to buy something they just wanna try?”

Thankfully, times seem like they’re changing and slide guitars are becoming more accessible, thanks in no small part to Robert himself.

“With Jackson Guitars, we’ve recently designed an affordable pedal-steel that sounds really good, so look out for that,” Robert enthuses. “It used to be the same problem with Dobros, but if someone wants to try out a square-neck Dobro, Recording King are now making affordable models for around $400 and they sound really good, too. I didn’t play Dobro on this record, but I have on some of my others. I played a Beard model on my first record, but Scheerhorn guitars are by far the best in my opinion.”

Cut it, print it

One thing that really jumps out when listening to Brighter Days is the album’s wonderfully organic vibe, which came from the way Cobb recorded it and the relaxed atmosphere in the room… 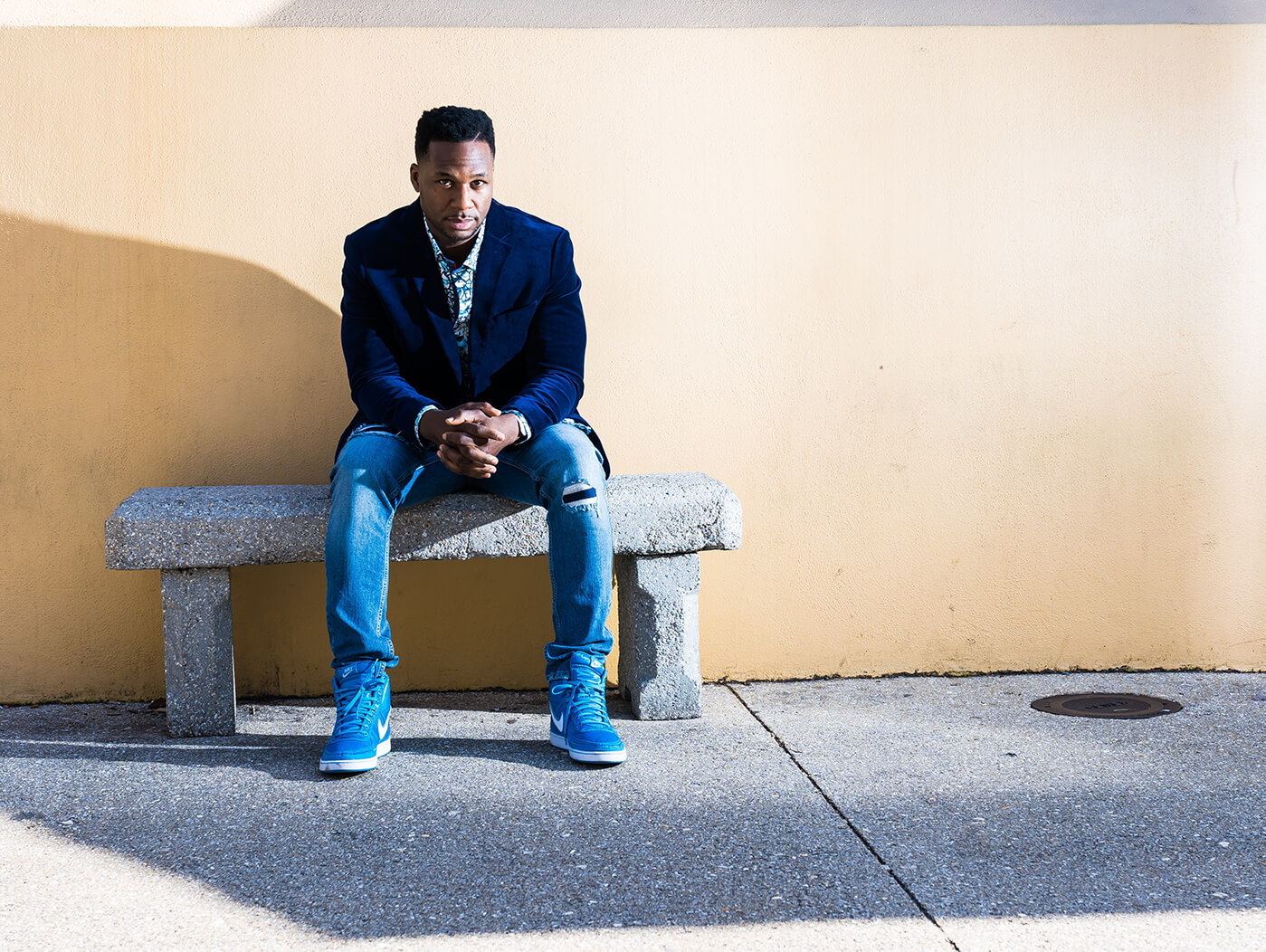 “It was all cut live,” Robert confirms. “We sat around the room and listened and then we’d play and say: ‘Alright, let’s record this.’ If we made a mistake we didn’t overdub, we continued from where we left off and edited the two pieces together. Dave was great at capturing the moment and the sound.

“Everybody had some whiskey and everybody was going! A lot of the songs were written while we were there. We wanted some stuff that would really feel like a church service and have these great messages that apply to what people are going through in the world today.”

The process was something of a revelation for Robert, making him reconsider the way that he will make records in future…

“The way a lot of people make records today is by piecing bits together and overdubbing, but after making this record, I don’t feel like making any more like that,” he admits. “I’ve had the chance to sit down with [legendary producer and engineer] Eddie Kramer and he would tell me so many different things about Hendrix and Zeppelin and what all those guys did in the studio. Capturing moments, which comes from just naturally playing, you know? 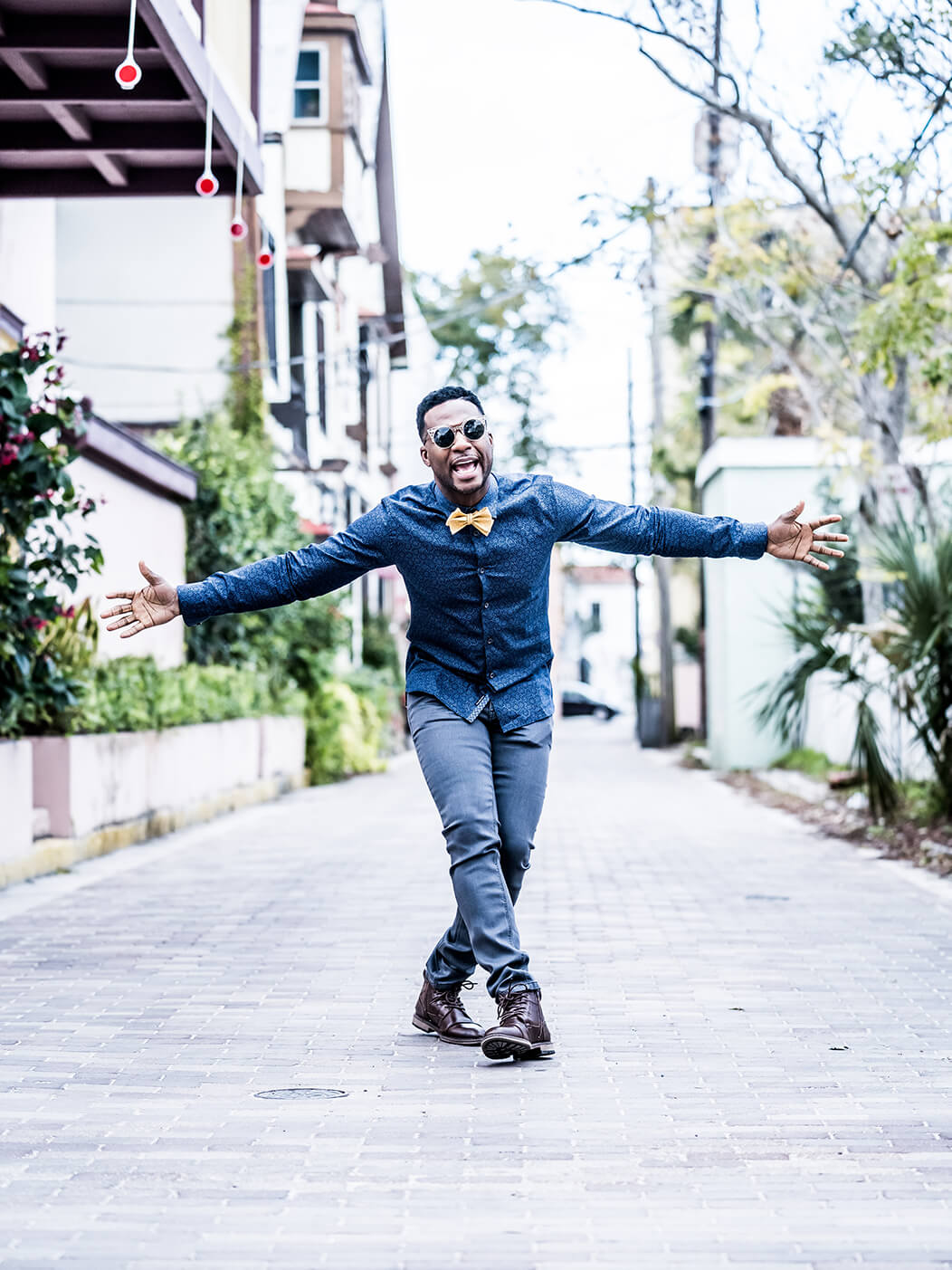 “When you’re playing on the road and playing live, somebody naturally plays something and you feed off it and it happens. You could spend all this time, like, ‘Hey, let me come over to your house and let’s write some songs,’ and after a whole year, you’ve got 20 songs and then you take them into the studio. But then there’s a whole different vibe.

“So I think, ‘Let’s write a song today and let’s do it now.’ There are certain days when you have a vibe and you can’t come back and repeat it. Things happen in your fingers and your mind and you have a groove.”

Me and Mr Clapton

Like so many blues artists of the last few decades, Robert was catapulted into the limelight thanks to a support slot with Eric Clapton and 17 years on, he still appreciates the wisdom and support Slowhand provided to him over his career… 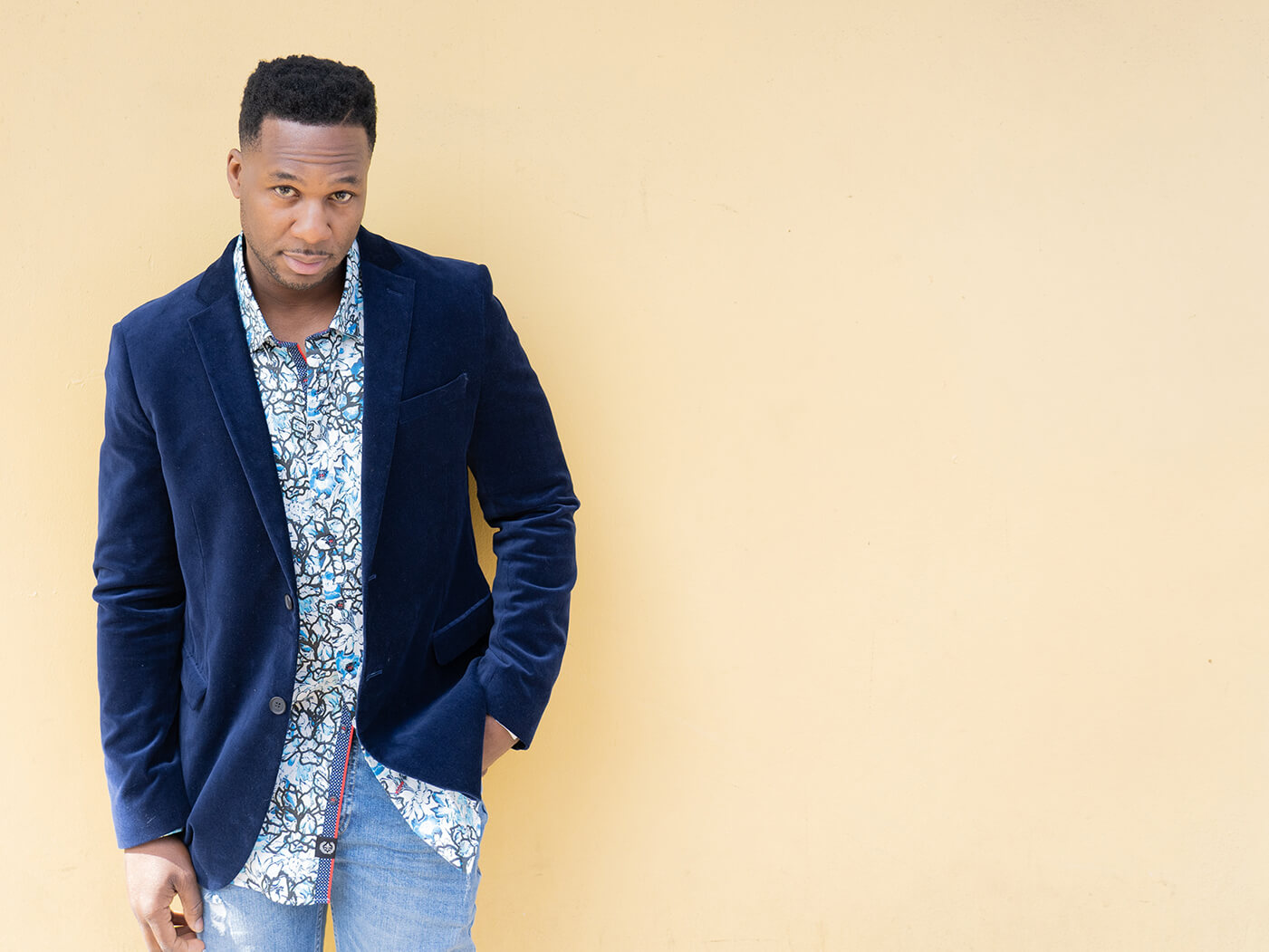 “We were playing a show in Tokyo and Eric was playing at the arena, this was towards the end of 2002,” Robert recalls. “So he was playing in town and somebody said: ‘Hey man, Clapton may come and listen to you tonight before he goes on stage.’ I thought he never came but he did, he stayed 30 minutes. Next thing you know, he took us on tour.

“I’ve hung with him over the years and been to his house. He was the first artist who took me around the world. It was great to be with him and hear all his different critiques. He’d tell me what sucks and what I’m doing wrong and what’s good!” 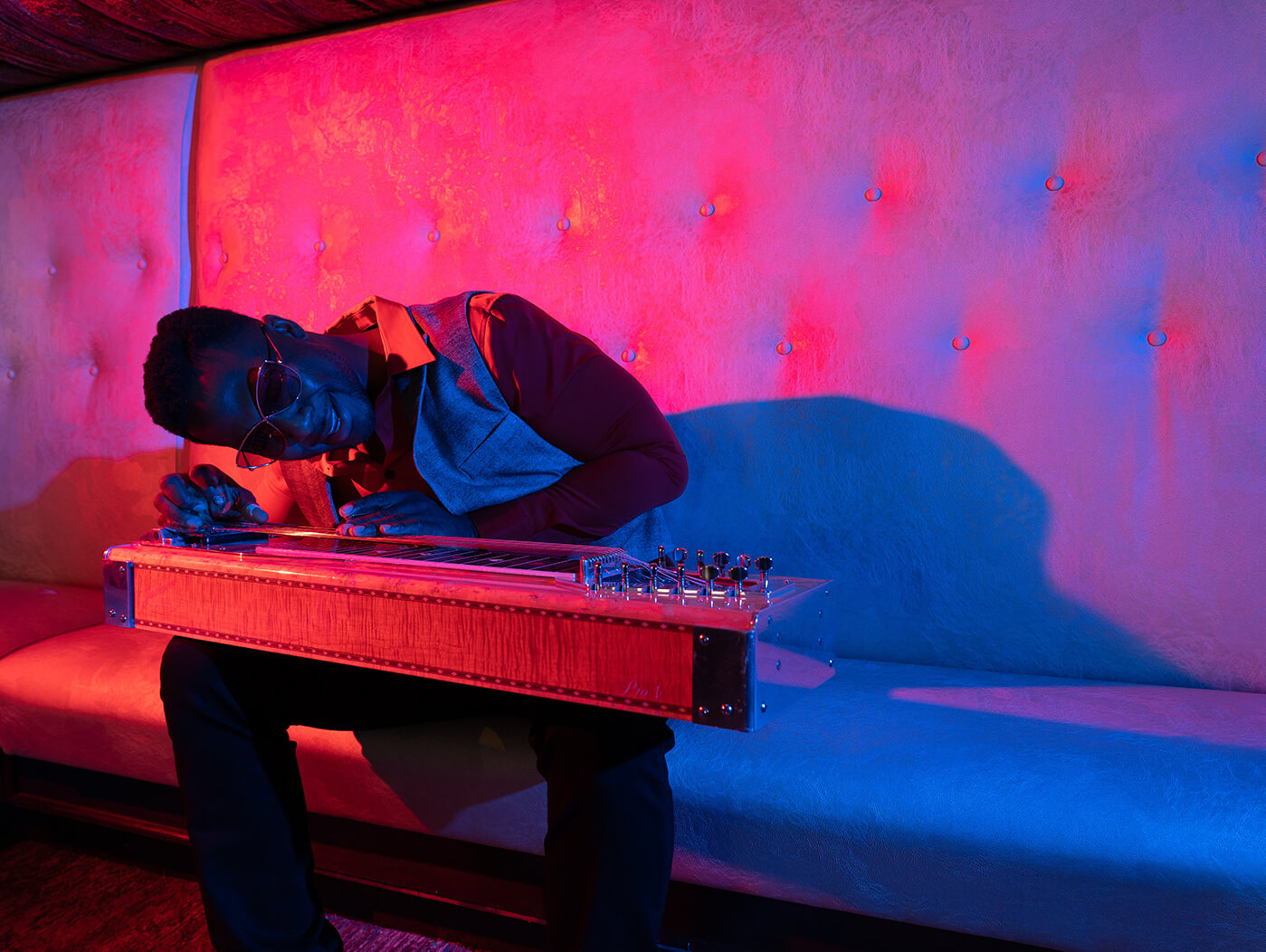 Before he crossed paths with Eric, however, Robert’s passion for guitar was lit by a broad range of all-star influences – but one in particular.

“What really changed my playing was hearing a tape of Stevie Ray Vaughan. When I was 15 years old, a guy from my church gave me Stevie Ray Vaughan’s Greatest Hits. I listened to that for the next seven years!” he exclaims.

His unique style and kinetic approach to pedal-steel playing has seen Robert become an in-demand collaborator with a host of A-list names, and as we wind up our chat, we ask him to pick out his favourite. Unsurprisingly, he finds it hard to name just one… 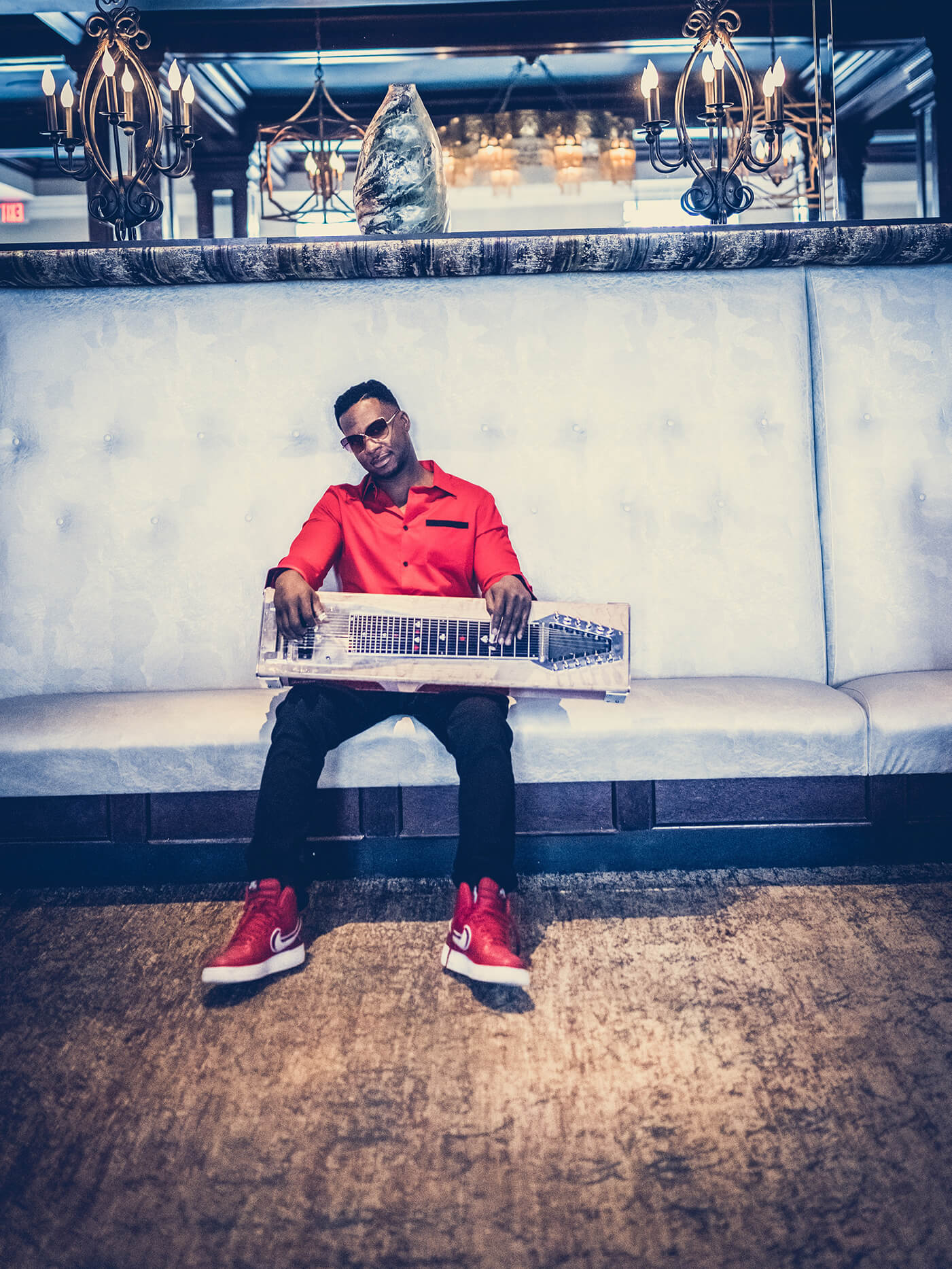 “Oh man, Buddy Guy was great. He’s such a blues presence,” he enthuses. “And Santana, he’s a great music arranger, how he hears things, that was such a treat. I’ve been very lucky to be around all these guys. Leon Russell sent me a double-neck pedal-steel in the mail after we recorded with Elton John.

“When Joe Walsh got married, he hired us to be the house band at his reception. It was full of rock stars, all these legends. Dave Grohl and Ringo, all the Eagles guys. So after the third number, I just said: ‘Hey guys, why don’t you all come up and let’s jam together?’ So that’s what we did!”

Robert Randolph & The Family Band’s Brighter Days is out 23 August on Mascot/Provogue.