Sinead Burgess: “I’ve always been a girl on guitar with something to say, it’s just been dressed in different ways”

Australian singer-songwriter Sinead Burgess began writing songs as a child and signed her first record deal in her teens, but these days, she’s primarily based in Nashville and very much in charge of her own musical destiny.

When did you first discover the guitar?

“My first encounter with a guitar was actually my brother’s. He got it for a birthday. It was played a couple times then started collecting dust. I’d played piano since I was five and I remember looking at his acoustic one day and having an overwhelming desire to learn how to play it. Once I picked it up, I didn’t put it down.”

When did you start writing songs and who were your main influences?

“My first documented song was when I was five. It was pretty dreadful [laughs]. But it’s absolutely been something I’ve found myself doing as long as I can remember. My influences definitely revolved back then around my parents’ era, and really, still do today. My earliest memory of music was listening to The Beatles, ELO, Chicago, Elton John, Fleetwood Mac – real songwriters with mega songs.

“I’m a huge Tom Petty fan and can’t get enough of heartfelt singer-songwriters like Glen Hansard and Brandi Carlile. I feel like I’m constantly inspired by wordsmiths that have a knack of saying so much with so little.”

When it comes to songwriting, do you prefer the guitar or the keyboard? Do you find that they put you in different headspaces?

“I find it definitely depends on my mood. My songs really do stem directly from the instruments and the feeling for me. I always get songs I wouldn’t get from piano on guitar, and vice versa.”

How do you think your music has developed since your first EP in 2009? 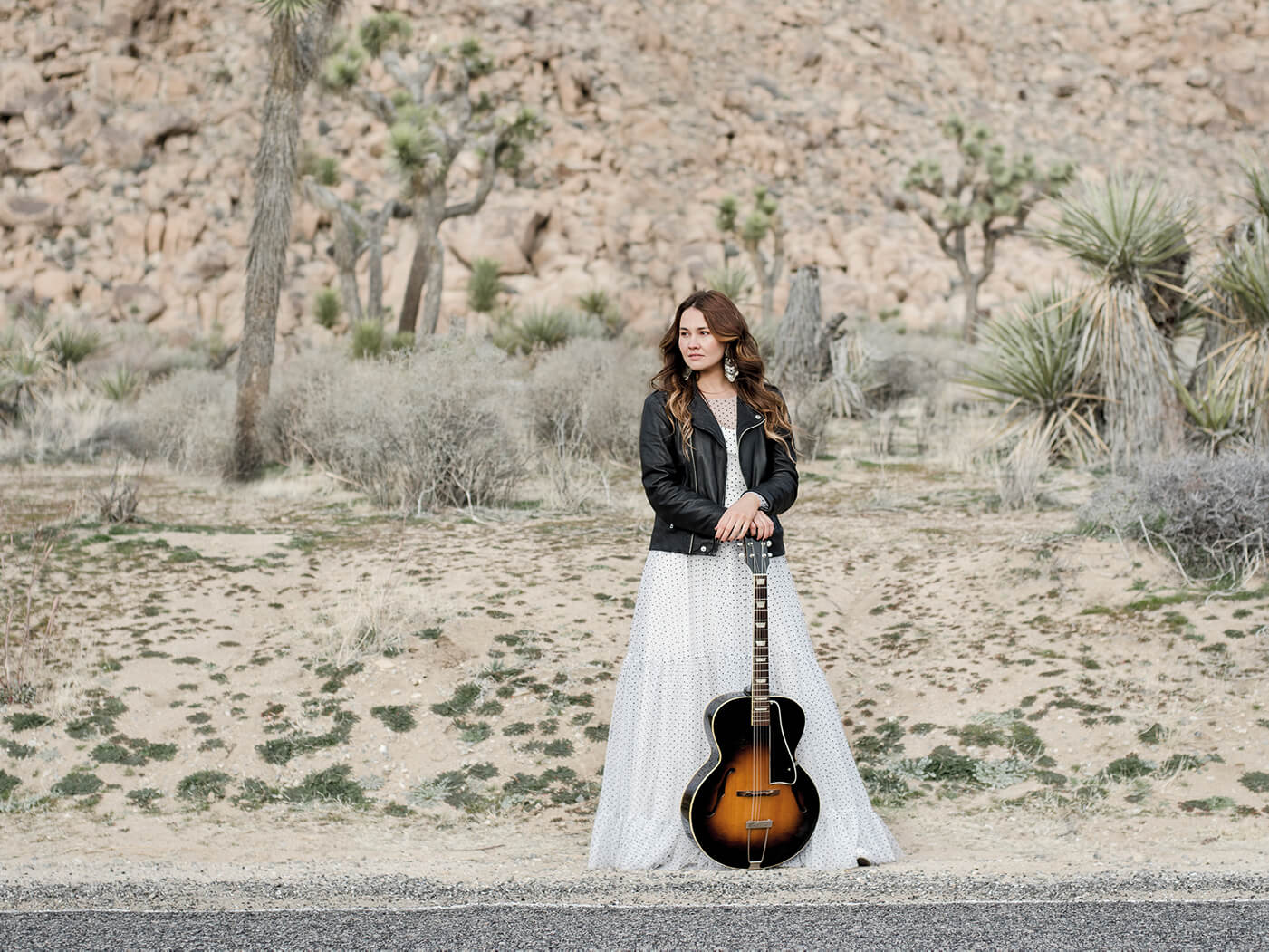 “My musical journey has definitely been a long one. I’ve always been a girl on a guitar with something to say, but it’s just been dressed in different ways over the years for many different reasons. It took me a couple of hard turns to finally have the courage to strip back to the bare bones, which is what has always musically resonated with me.

“I guess it can take a minute to become strong in the things you love and hold true. At least, it did for me. But there is something so freeing and deeply moving about striving to create real music that can stand on just a solo acoustic guitar, and discovering that has been the best and most truthful musical breakthrough of my career.”

There’s a big difference in music-industry infrastructure in the USA compared to Australia. Do you think Australian musicians have to move to the US to fully realise their potential?

“I think Australia definitely has the ability to be self-sufficient; it is in so many ways already. I know a lot of artists in Oz that have a healthy living playing music. But at this point, anything slightly off the beaten path musically, or ‘hard to place’, can get a little lost, which is why I think a lot of artists travel abroad.

“There’s a lot of inspiration that comes from it, but also based on sheer numbers in the US, it can be a little more possible to find your tribe. My ultimate goal has been to be a full-time touring artist and grow a fanbase who care about albums and shows. No matter how big or small. Even when I was based in Australia, it was always a desire to travel all over the world. I think it’s about establishing early on what your goals are and figuring out where you’re best served to make that happen.”

What guitars are you playing the most these days? 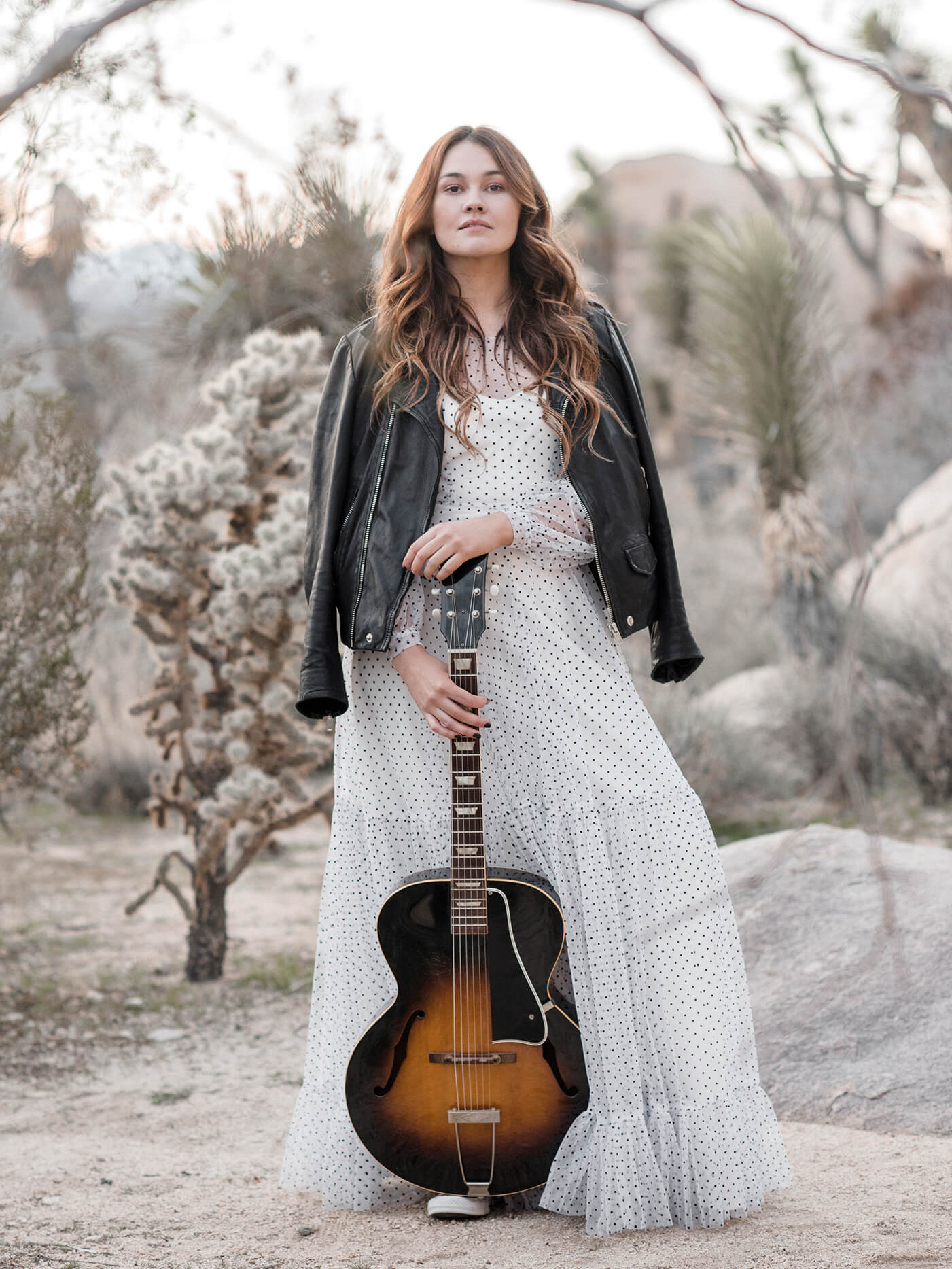 “Honestly, my absolute go-to road dog is my blonde Gibson J-200. We’ve played so many gigs now I’ve lost count. I beat the shit out of it. I’d always wanted one – Petty of course! – and this one honestly is the best-sounding one I’ve ever played.

“I’ve been playing so many acoustic shows, so my gear has been quite minimal, which is refreshing! I gig with the acoustic, a Bigfoot stomp box made in Australia and a harmonica. That’s really been my staple kit in the past couple of years.

“Recording-wise, I have an old ’75 Blonde J-200 as well that actually records incredibly beautifully. I used it all throughout my Damaged Goods acoustic record. My favourite home guitar is my little 1950s Gibson LG 3/4 I was lucky enough to get from Norman’s Rare Guitars. It’s so rough and ready and cranky, but it has a thing that can be super inspiring for certain things, and I really don’t get that from any other guitar.”

What’s next on your agenda?

“I’m working on my next round of songs now. One will hopefully rear its head around August this year before I head back to Australia to play the Country To Country festival. I’ll definitely be testing the tunes out on the road over the next couple of months!”